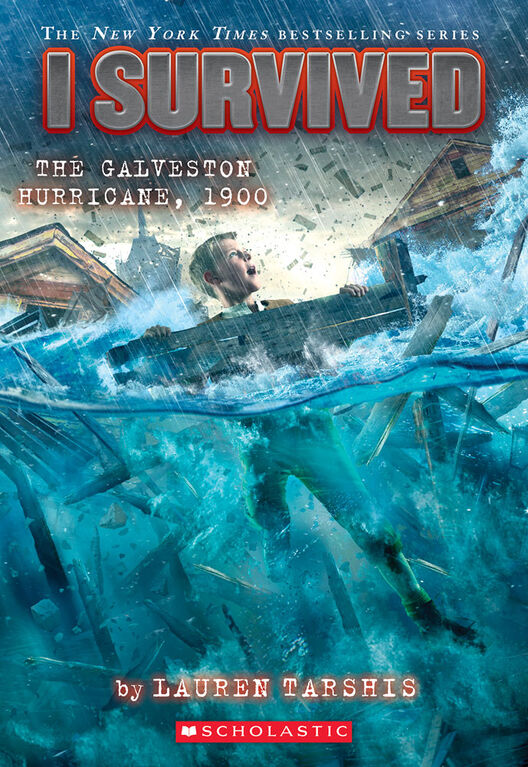 Pinch to zoom
More than a century later, the Galveston Hurricane of 1900 is still America's deadliest disaster. Lauren Tarshis's story of one child surviving the horrible event churns with page-turning action and bold hope.

The city of Galveston, Texas, was booming. Perched on an island off the southern coast of Texas, Galveston had been founded in the 1830s. By 1900, it was Texas's richest and most important city. Boats loaded up with American cotton and wheat steamed from Galveston to countries around the world. Arriving ships were crowded with immigrants. The streets, paved with crushed oyster shells, sparkled like they'd been sprinkled with diamonds.

True, this glittering city was prone to flooding. But just a few years before, a weather forecaster had said the idea of a hurricane striking Galveston was absurd.

So when a storm started brewing on September 8, 1900, no one believed it would be any worse than previous storms. They gathered on the beach to cheer on the wild waves. But what started as entertainment soon turned into a nightmare as those wild waves crashed into the city. By morning, hundreds of homes were destroyed. Eight thousand people were dead. The city had all but disappeared,

In this thrilling installment of Lauren Tarshis's New York Times bestselling I Survived series, one child finds safety only to head back into the treacherous waters to make sure his neighbors are safe.

I Survived #21: I Survived the Galveston Hurricane, 1900 - English Edition

I Survived #21: I Survived the Galveston Hurricane, 1900 - English Edition