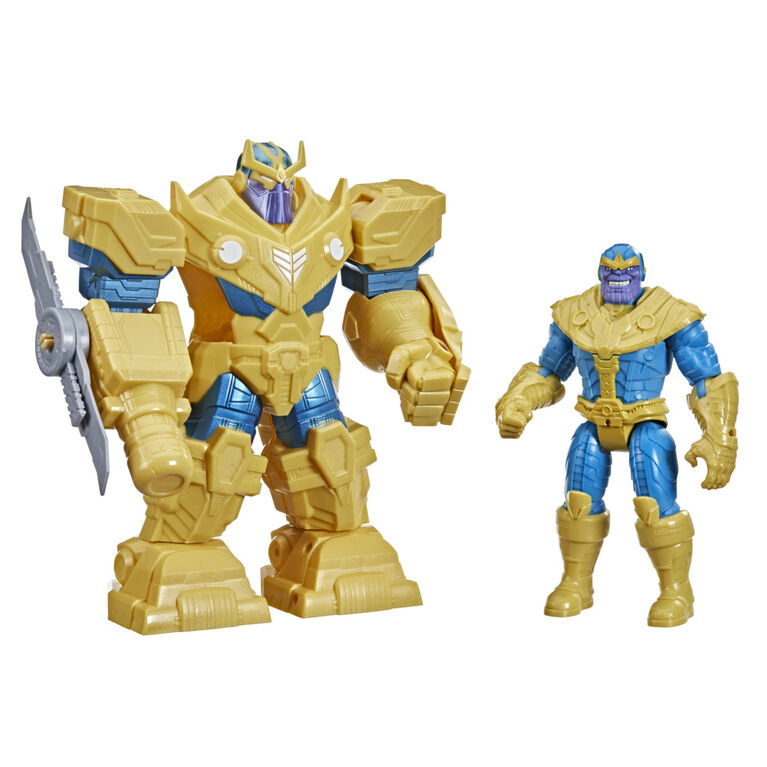 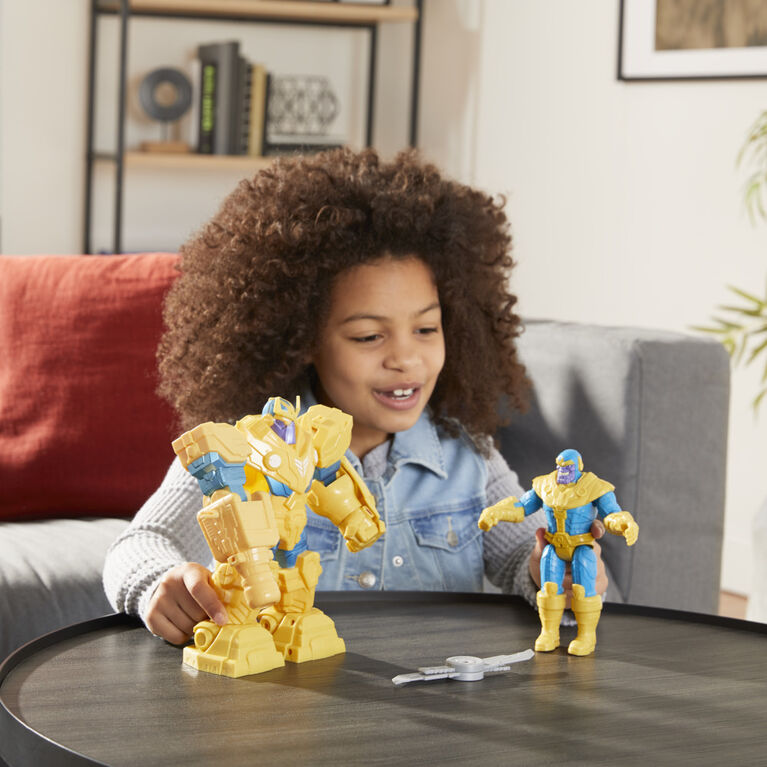 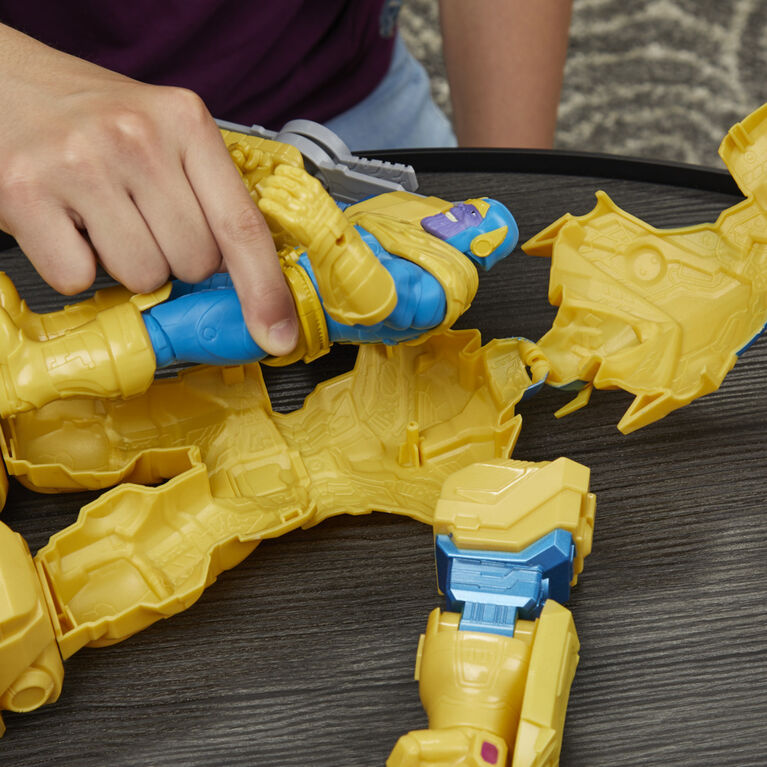 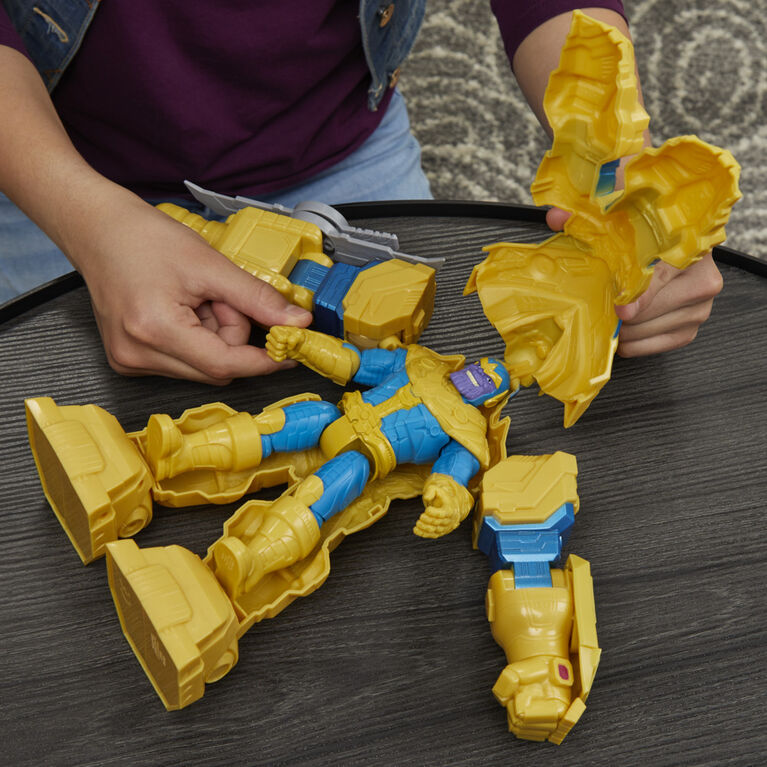 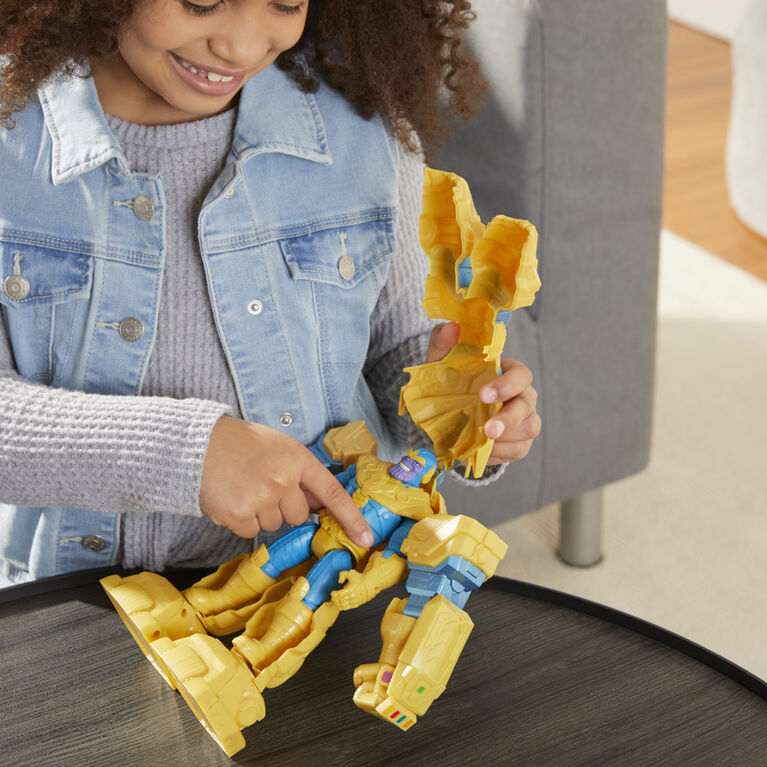 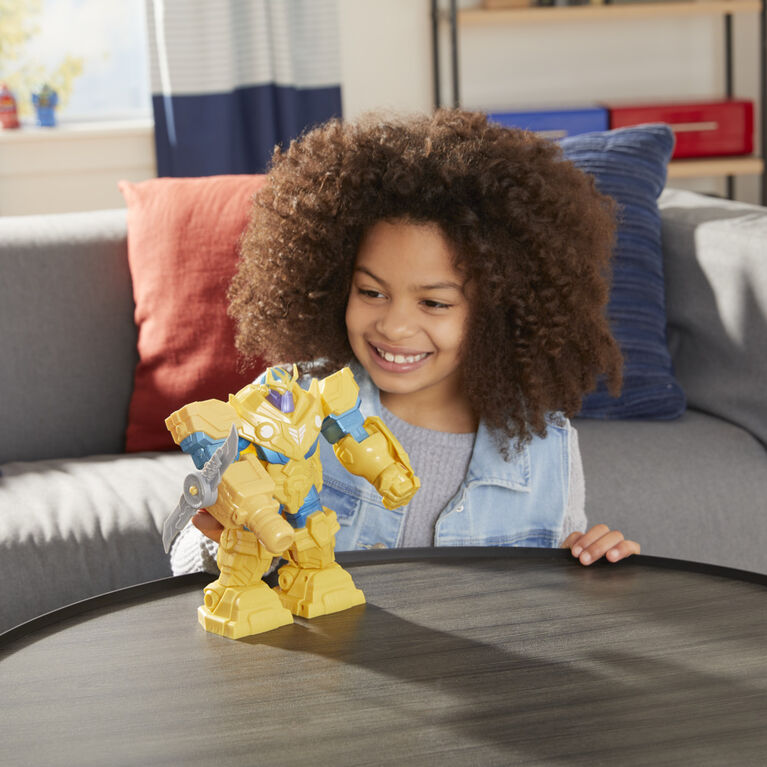 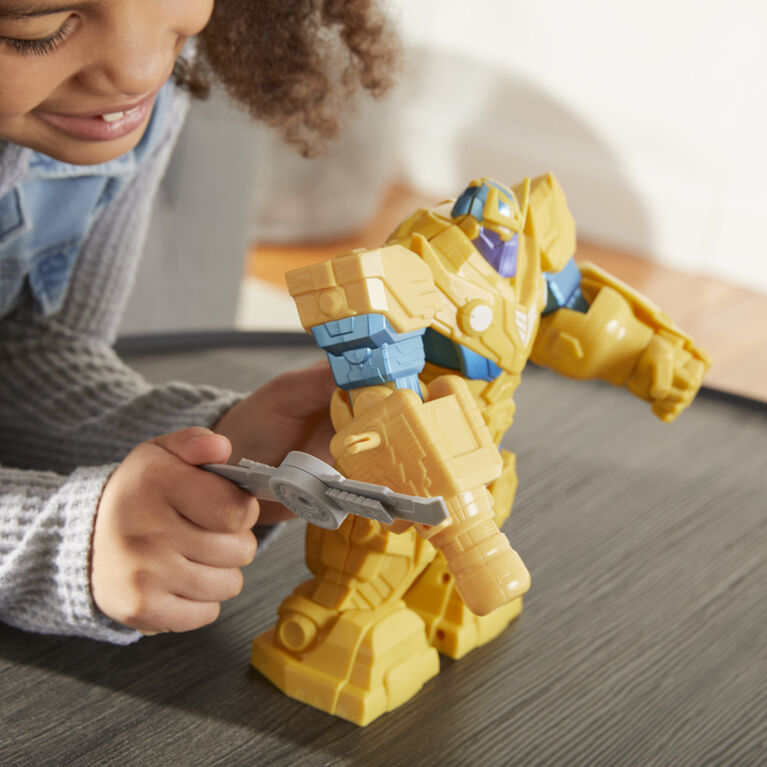 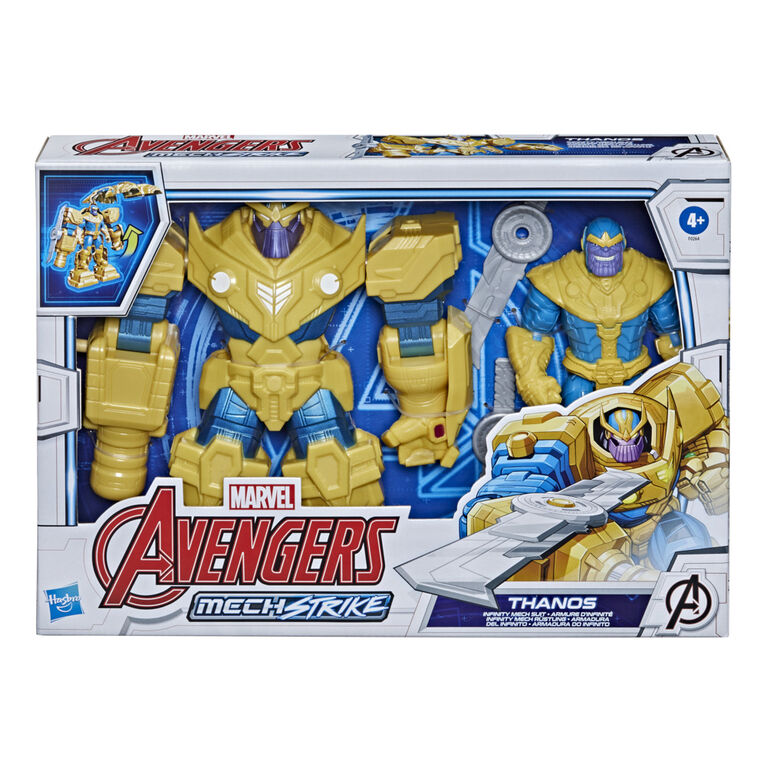 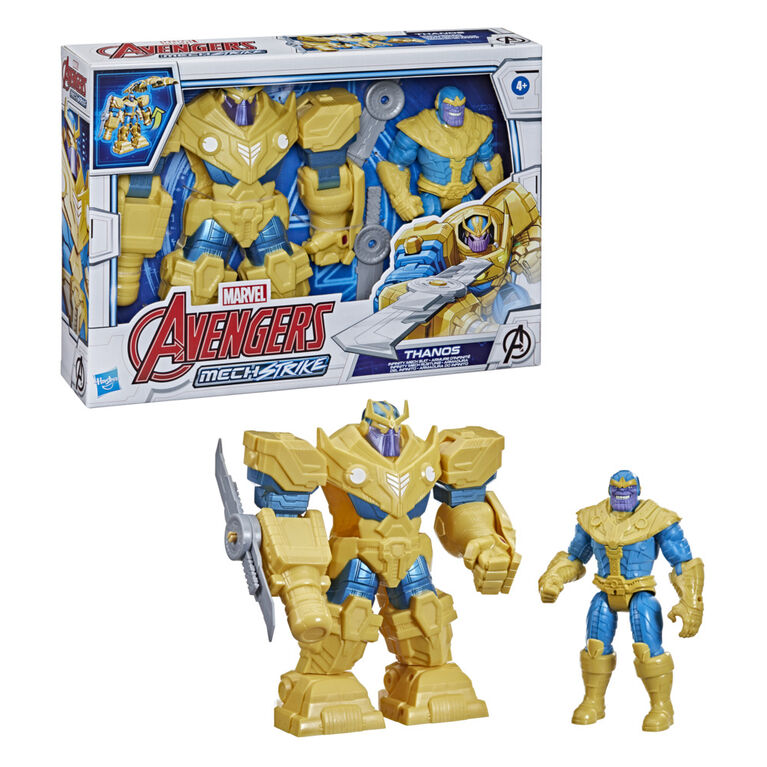 Mechs assemble! In the face of the overwhelming threat of blade-bearing Thanos, Earth's Mightiest Heroes have assembled a powerful new set of tools! These incredible Mech Suits are the planet's best hope against seemingly insurmountable odds! Get in on the armored fun with Mech Strike figures and gear. Each Mech Strike toy is inspired by a different character from the Marvel universe.

The fantastic world of Marvel features heroes like Iron Man, Captain America, Black Panther, and Hulk. With Avengers-inspired toys fans and collectors can imagine their favorite characters fighting in epic battles to protect the universe.