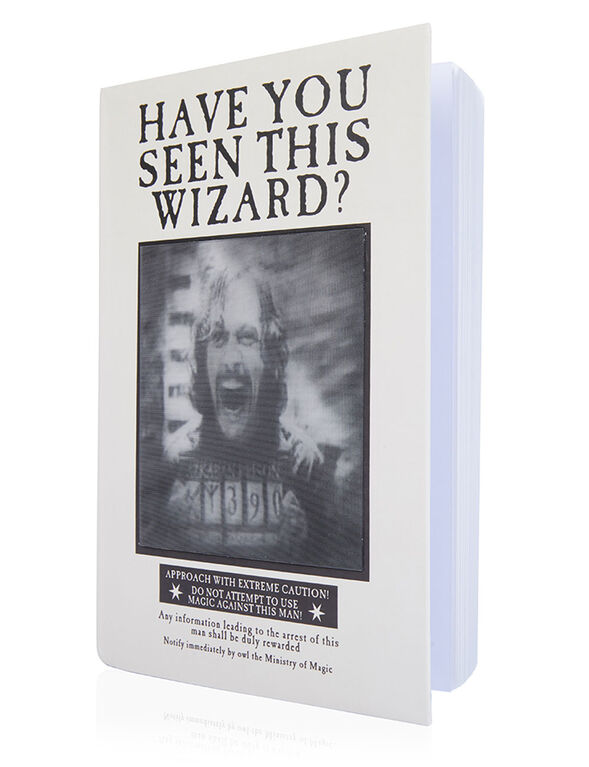 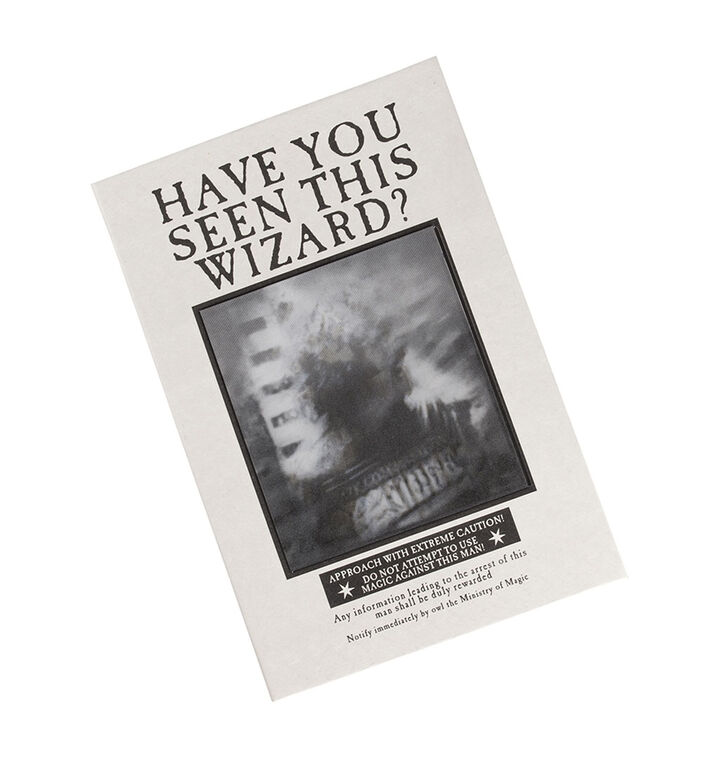 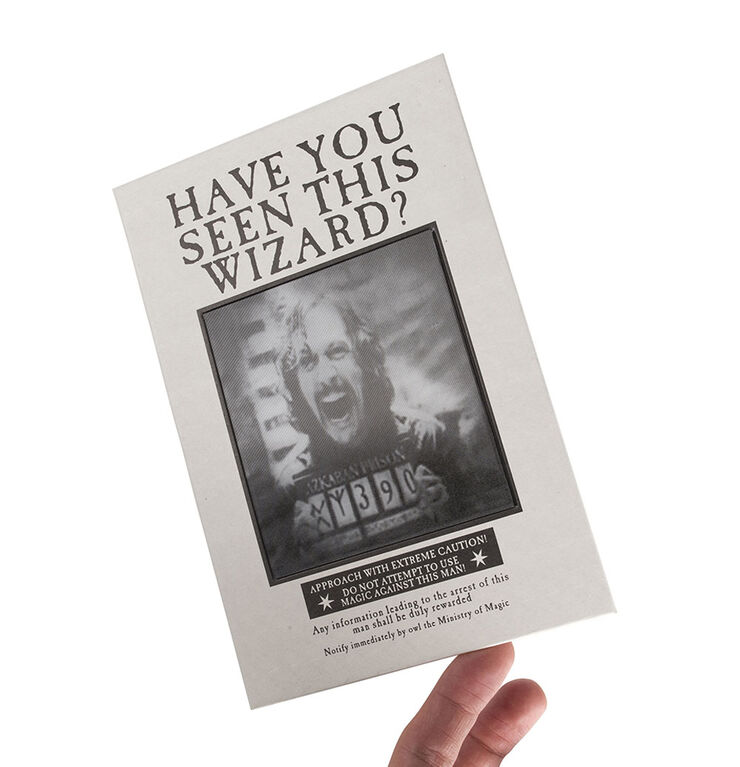 Just like in the films this Ministry of Magic Wanted Poster Notebook from the WOW! Stuff Collection uses a high definition, patented Video Motion lenticular! The image of Sirius Black* will appear to come to life when gently rotated side to side, replicating the infamous scene from Harry Potter and the Prisoner of Azkaban.

At an auction by Heritage Auctions in Dallas, Texas in 2018 an original prototype marketing poster, featuring Sirius Black from the Harry Potter and the Prisoner of Azkaban movie, set the world record for the most valuable Harry Potter movie poster ever sold at auction, having sold for an amazing $17,925.00! The poster was designed by Warner Bros. for marketing purposes and made using lenticular in an attempt to mimic the moving posters in Prisoner of Azkaban. When moving forward or backward, side to side while viewing the poster, the image of Sirius Black appears to disappear then reappear, giving the impression of movement. Allegedly it is one of just six in existence. According to Heritage Auctions, the project was stopped after Warner Bros. said that the costs to produce them were too high (they measured 25.5? x 40?, so full movie poster size).

Well, to all Potterheads everywhere we are proud to say we have some beautiful notebooks that give the appearance of fluid video movement and replication of the movie scene using our patented Lenticular. It's also slightly less expensive than $17,925.00.

*Sirius Black is possibly the most infamous prisoner ever to be held at Azkaban. During Harry's third year at Hogwarts, he discovers that Sirius is his godfather and an Animagus. Sirius provides guidance to Harry in both life and death.