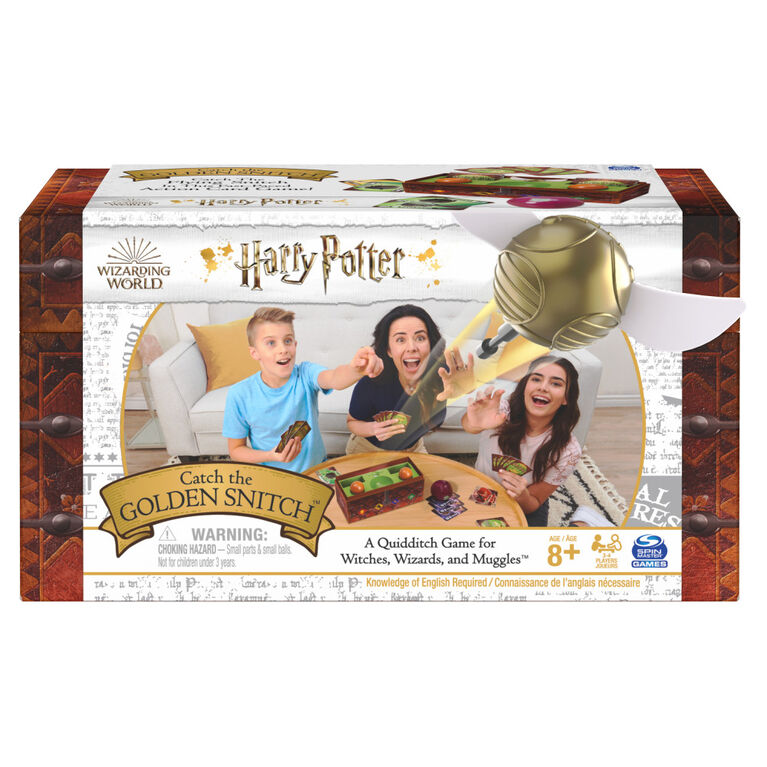 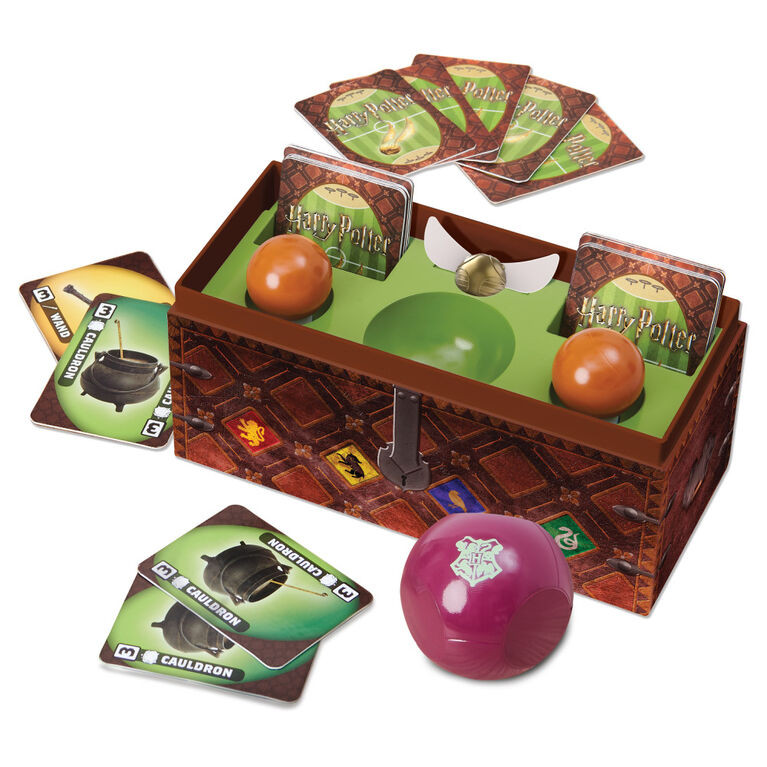 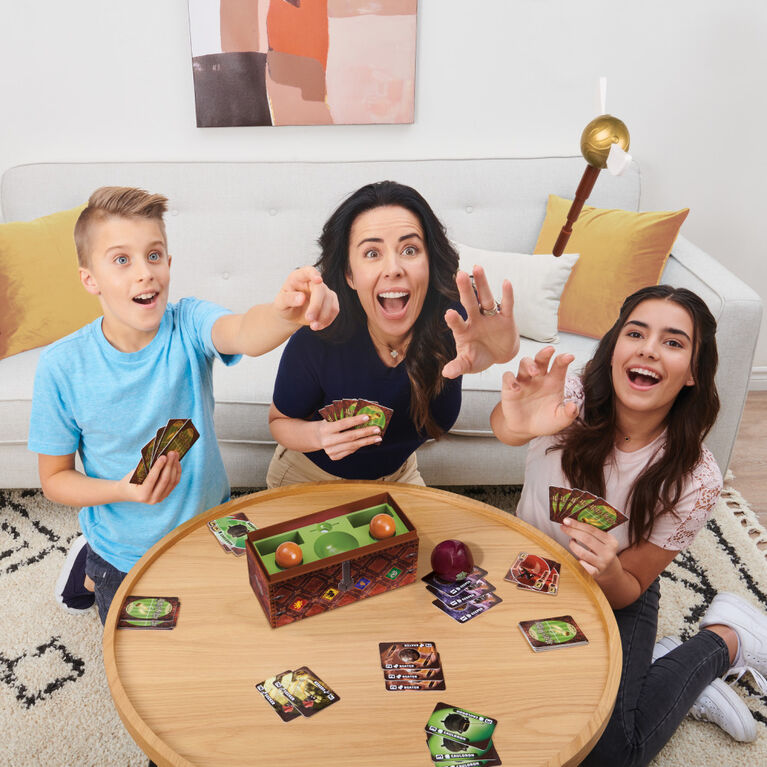 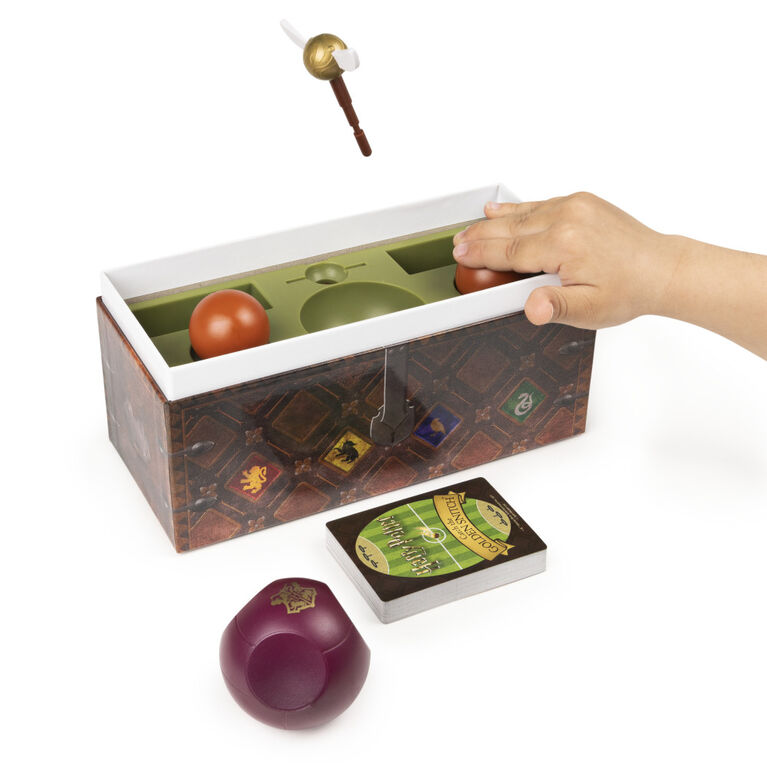 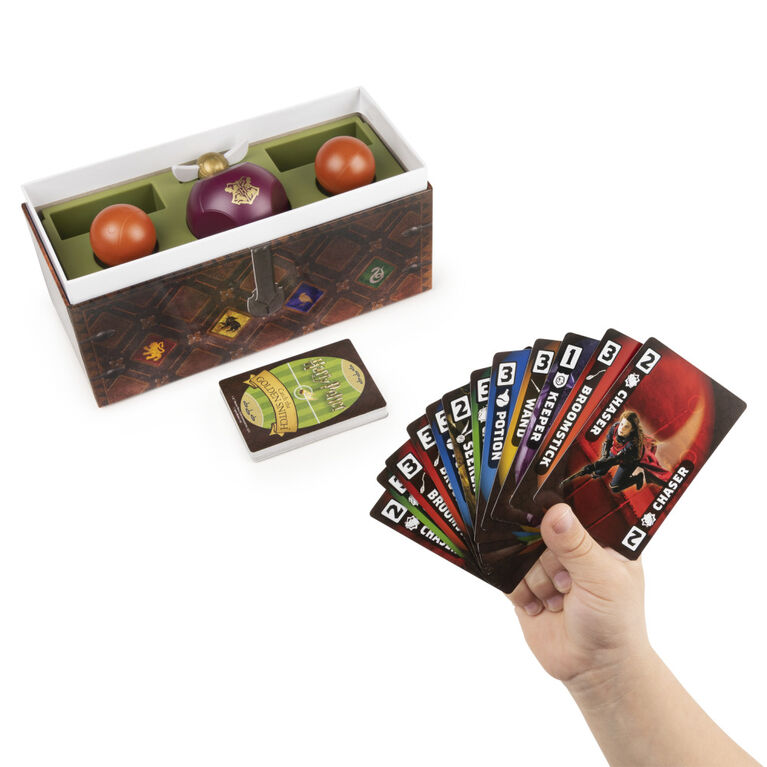 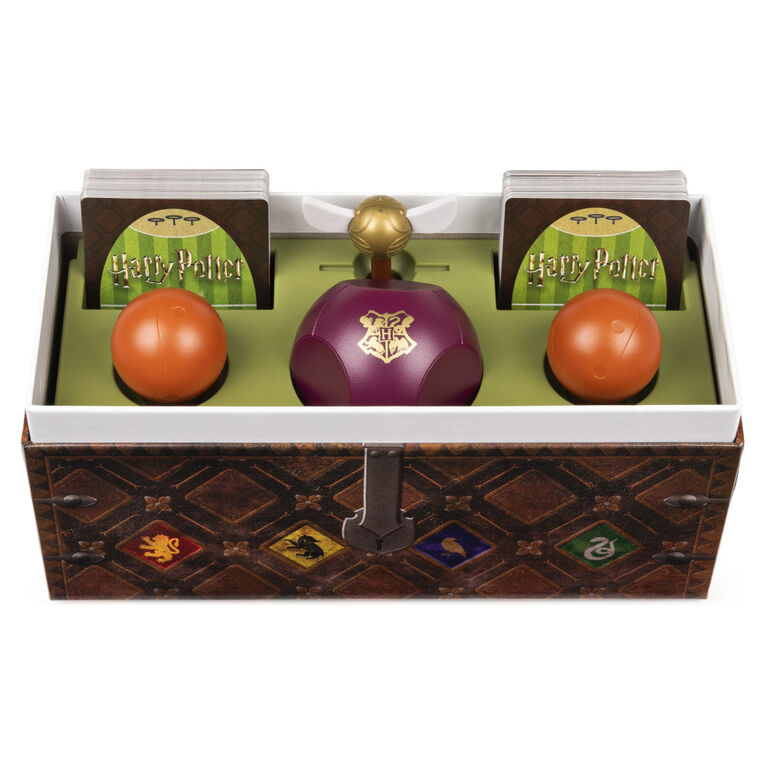 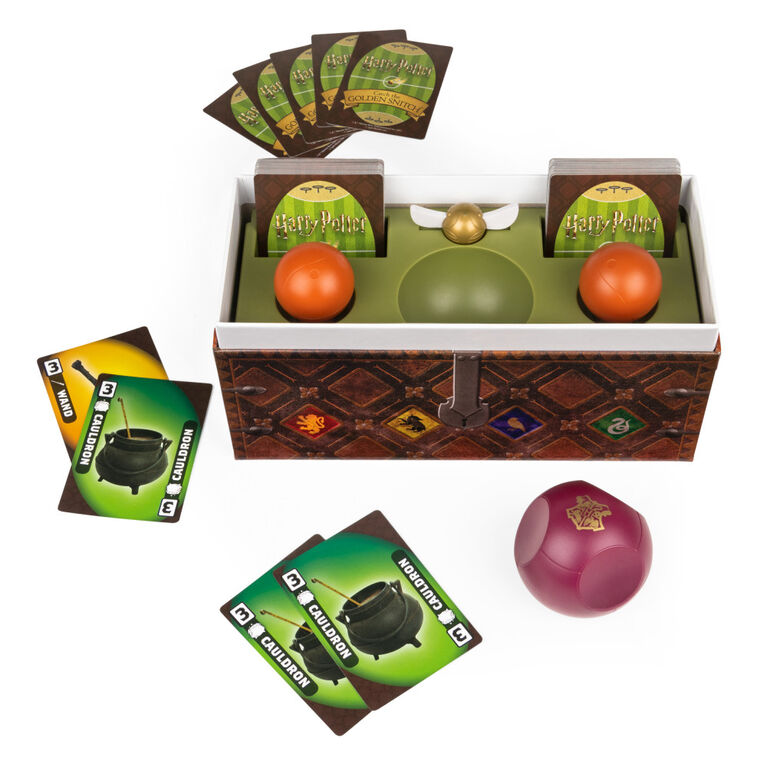 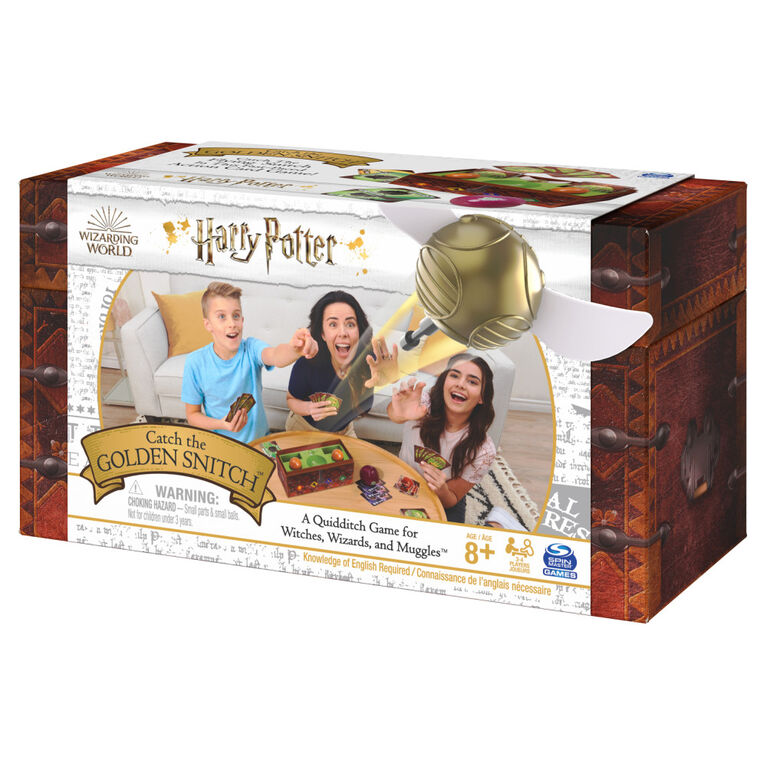 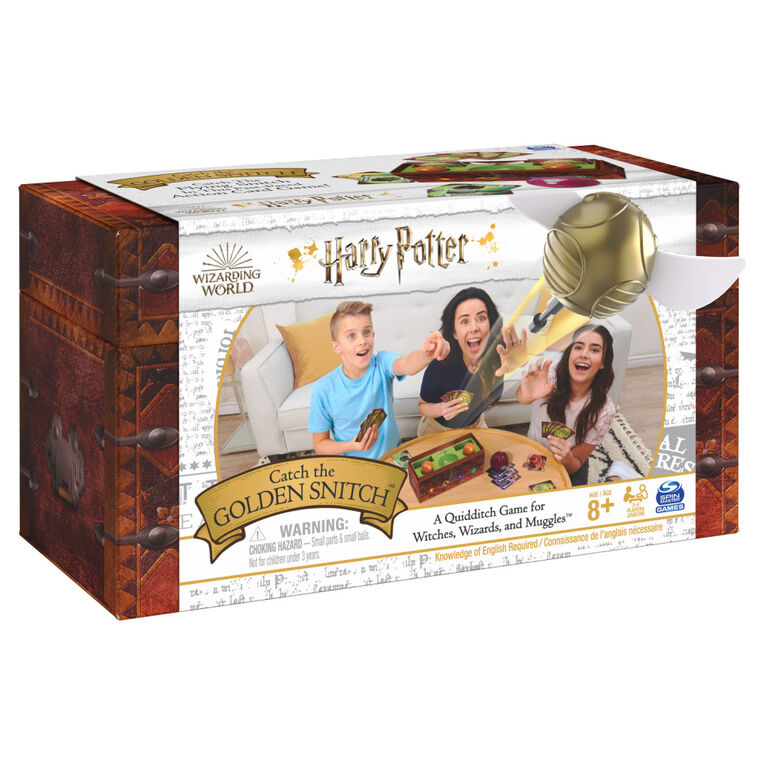 Pinch to zoom
Bring all the speed and excitement of a real Quidditch match to your home with Catch the Golden Snitch, a Quidditch game for witches, wizards, and muggles. Everyone plays at the same time as cards are quickly passed from player to player, each trying to build sets and earn points. In the center of the action lies an open Quidditch Chest, with a Quaffle, two Bludgers, and the all-important Golden Snitch. When you lay down certain cards, these magical items come out to play! A pair of Chaser cards lets you steal another player's set, but if you've earned the Quaffle, you're safe. Play a pair of Bludger cards, grab a Bludger, and throw it at a player of your choice -- if they swat the Bludger in air and it hits another player, that player must discard the cards in their hand. The action moves faster than a Nimbus 2000 as cards change hands, sets hit the table, and Bludgers hit their mark. When the Golden Snitch launches from the chest and into the air, grab it - it's worth extra points! The game ends when the Golden Snitch is in hand; the player with the most points wins. For fast-paced action and excitement, play Catch the Golden Snitch with your wizarding family and friends. For ages 8+, 3 to 4 players.

Harry Potter Catch The Golden Snitch, A Quidditch Board Game for Witches, Wizards and Muggles

Harry Potter Catch The Golden Snitch, A Quidditch Board Game for Witches, Wizards and Muggles is rated 4.5 out of 5 by 24.
Website Price: $29.99

Harry Potter Catch The Golden Snitch, A Quidditch Board Game for Witches, Wizards and Muggles