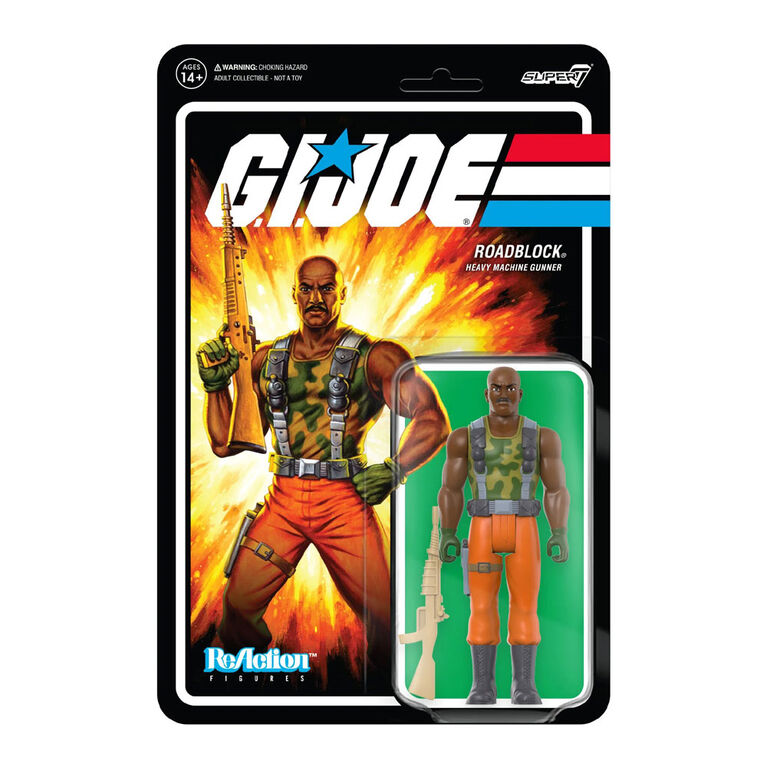 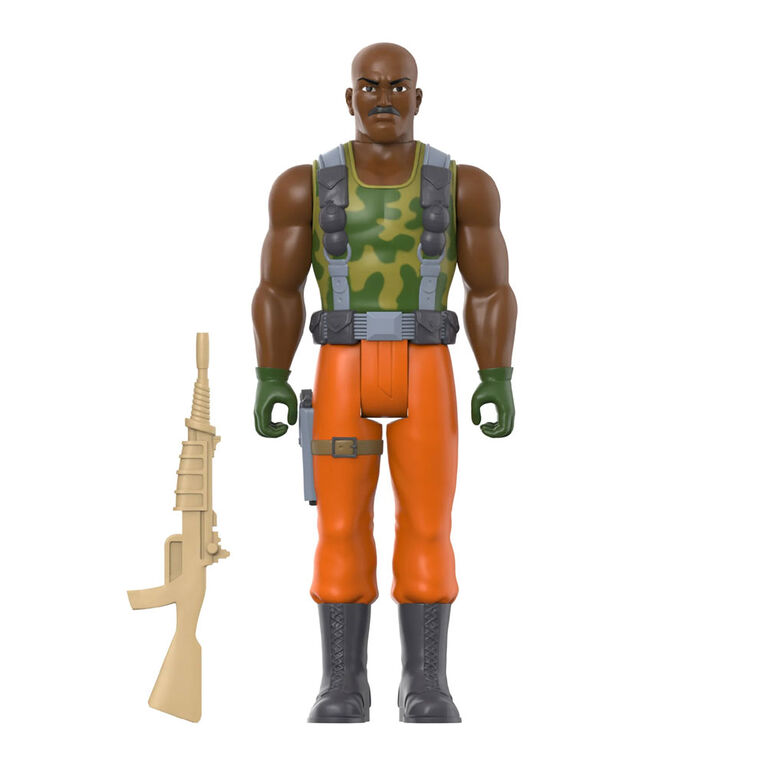 Pinch to zoom
An imposing figure on the front-lines and a whiz in the kitchen, Roadblock can whip Cobra tail or whip up a delicious meal for the Joes without breaking a sweat! This 3.75" scale articulated G.I. Joe ReAction figure of Roadblock is inspired by his appearance in early episodes of the animated series, including his camouflage tank top, orange pants, green gloves, and his blaster accessory. You need just the right elements for a top notch G.I. Joe collection and the Roadblock ReAction figure may be just the ingredient you've been missing!
Inspired by the G.I. Joe animated TV series
Roadblock is a heavy-machine gunner for G.I. Joe
Includes blaster accessory
3.75" scale action figure with five points of articulation
Collect the entire line of G.I. Joe ReAction figures by Super7!