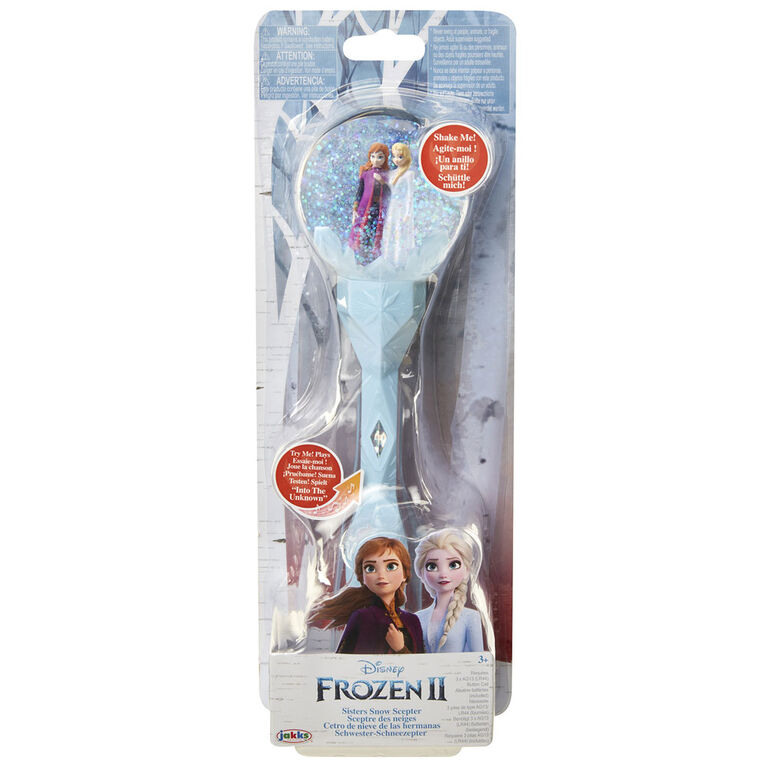 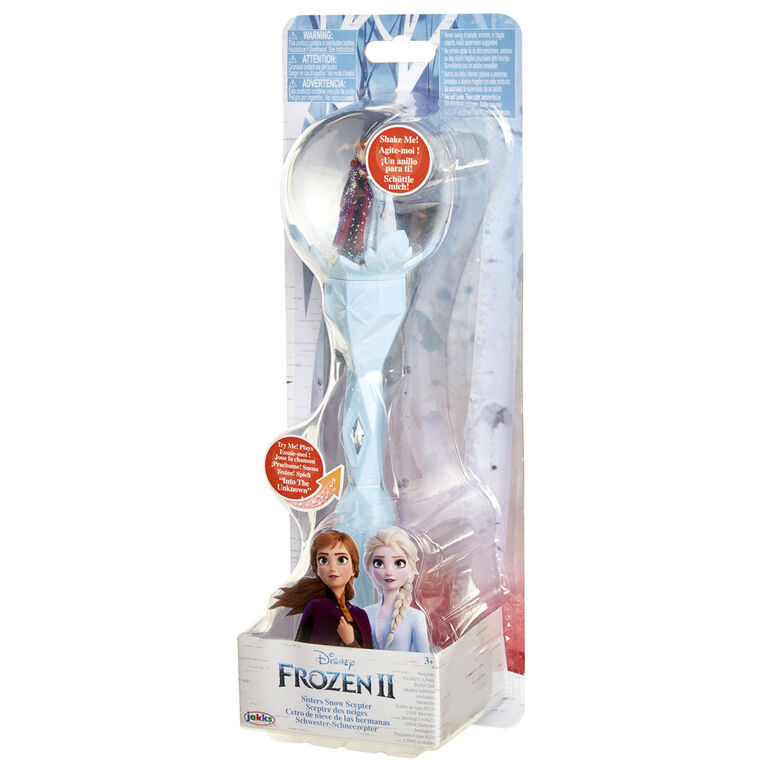 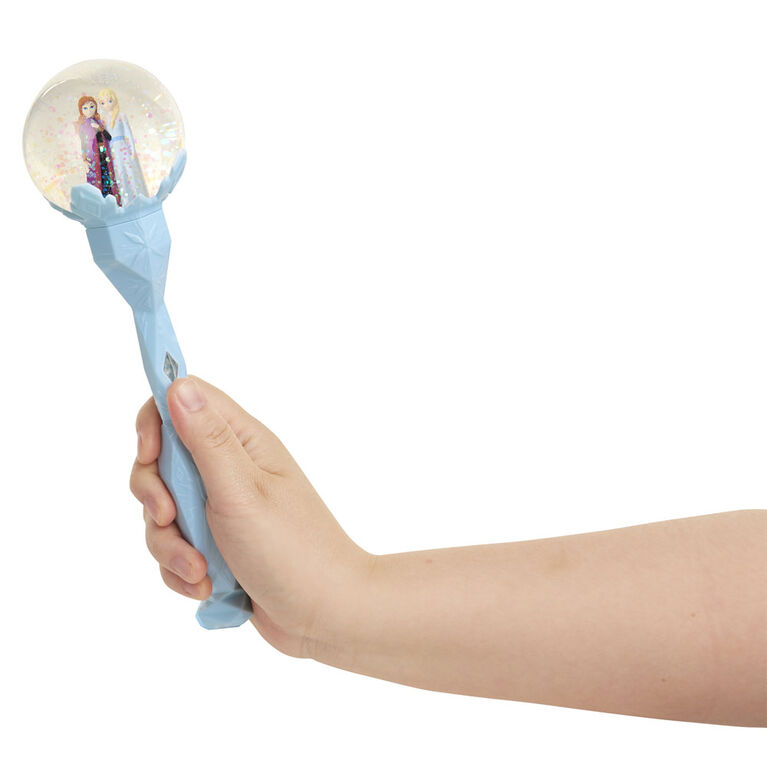 Pinch to zoom
The epic adventure continues in Disney Frozen 2, the exciting sequel to the hit film, Frozen! Join your beloved friends, Anna, Elsa, Kristoff, Olaf and Sven as they venture beyond Arendelle's gates to strengthen their bonds and make new discoveries that will change their lives forever. Celebrate the unbreakable bond of family with Disney Frozen 2 Sisters Snow Scepter. Anna and Elsa are dressed in their adventure outfits, ready to face the outside world together. Wave the scepter and watch as a flurry of glittering snow swirls around the sisters! Scepter features elements inspired by the film and the instrumental version of "Into the Unknown" from the film.

Plays instrumental version of "Into the Unknown" from the film