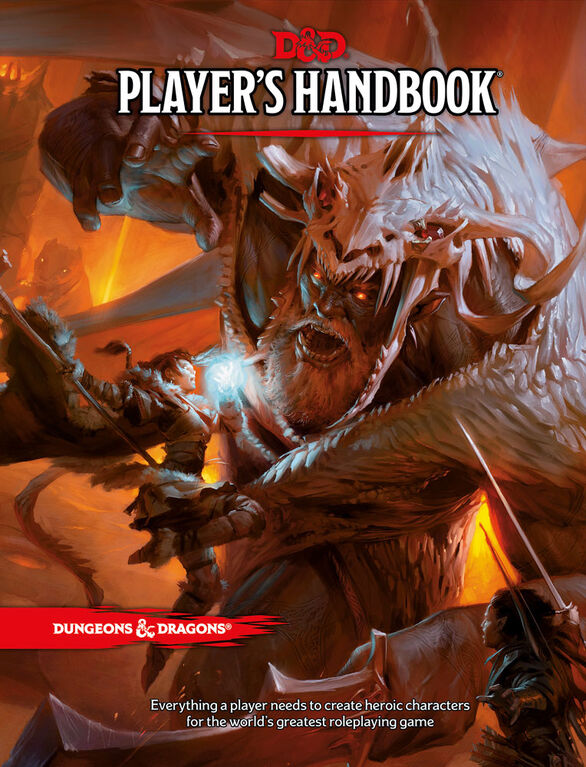 The Player's Handbook is the essential reference for every Dungeons and Dragons roleplayer. It contains rules for character creation and advancement, backgrounds and skills, exploration and combat, equipment, spells, and much more. Use this book to create characters from among the most iconic DandD races and classes.

· In Dungeons and Dragons, you and your friends coauthor your own legend. Guided by a Dungeon Master, you create characters and play their roles in a story, rolling dice and navigating maps as you unfold a tale as limitless as your imagination.

· The Player's Handbook walks you through how to create a Dungeons and Dragons character-the role you'll play in the DandD world.

· Dungeons and Dragons is the world's greatest roleplaying game. Created in 1974, DandD transformed gaming culture by blending traditional fantasy with miniatures and wargaming.