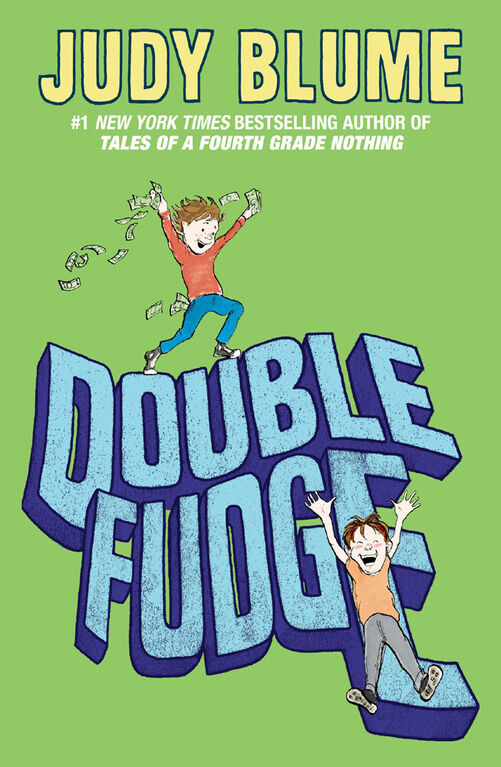 Pinch to zoom
Part of the classic Fudge series from Judy Blume, bestselling author ofTales of a Fourth Grade Nothing!

Fudge is obsessed with money. He's making his own "Fudge Bucks" and has plans to buy the entire world. But life gets really crazy when Fudge and his older brother, Peter, run into their long-lost relatives, the Howie Hatchers. Now they have to deal with annoying twin cousins and a weird younger cousin, coincidentally named Farley Drexel Hatcher-just like Fudge! Their names aren't the only similarity, and before long, mini-Fudge is causing just as much trouble as Fudge always has!

"As a kid, Judy Blume was my favorite author,andTales of a Fourth Grade Nothingwas my favorite book."-Jeff Kinney, author of the bestselling Wimpy Kid series

Love Fudge, Peter, and Sheila? Read all the books featuring your favorite characters:
Tales of a Fourth Grade Nothing
Otherwise Known as Sheila the Great
Superfudge
Fudge-a-Mania