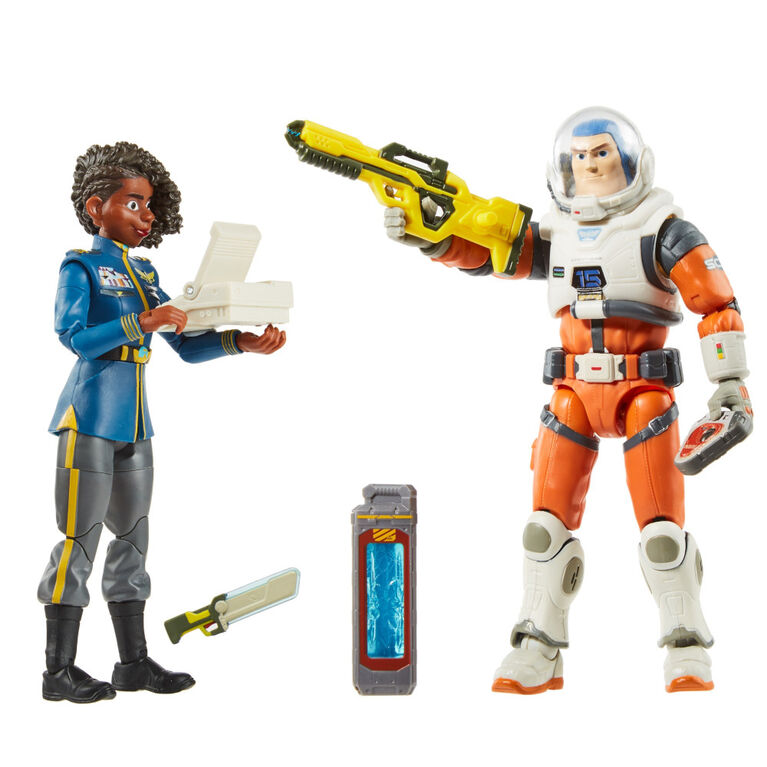 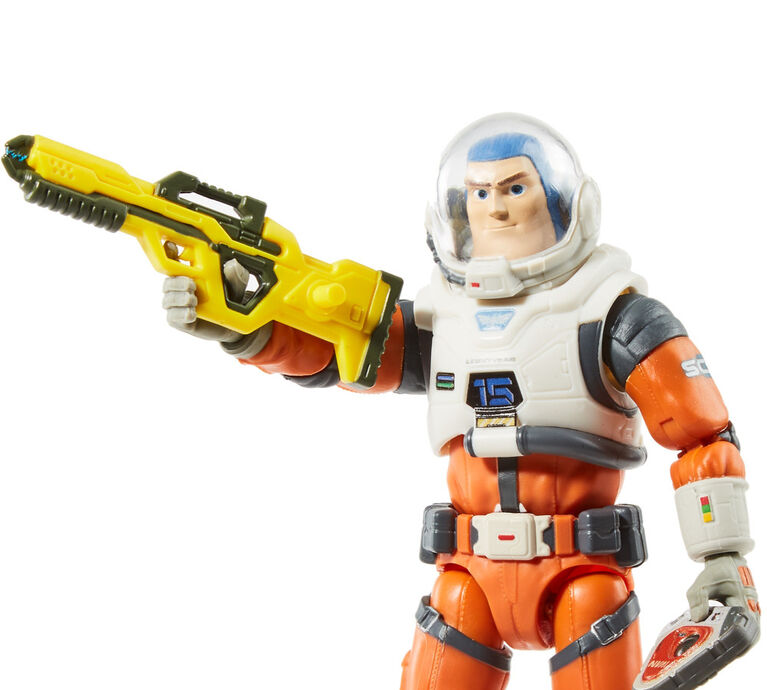 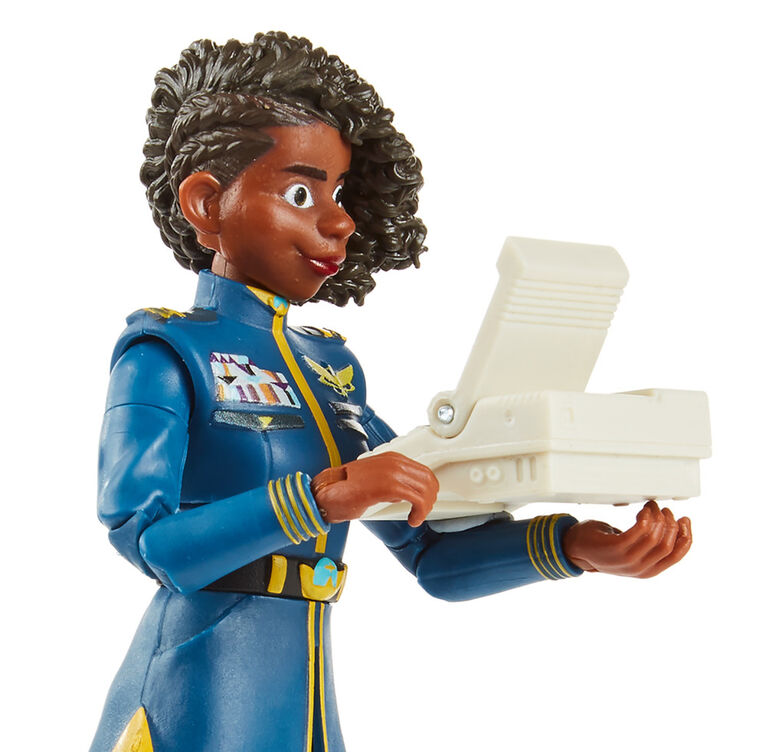 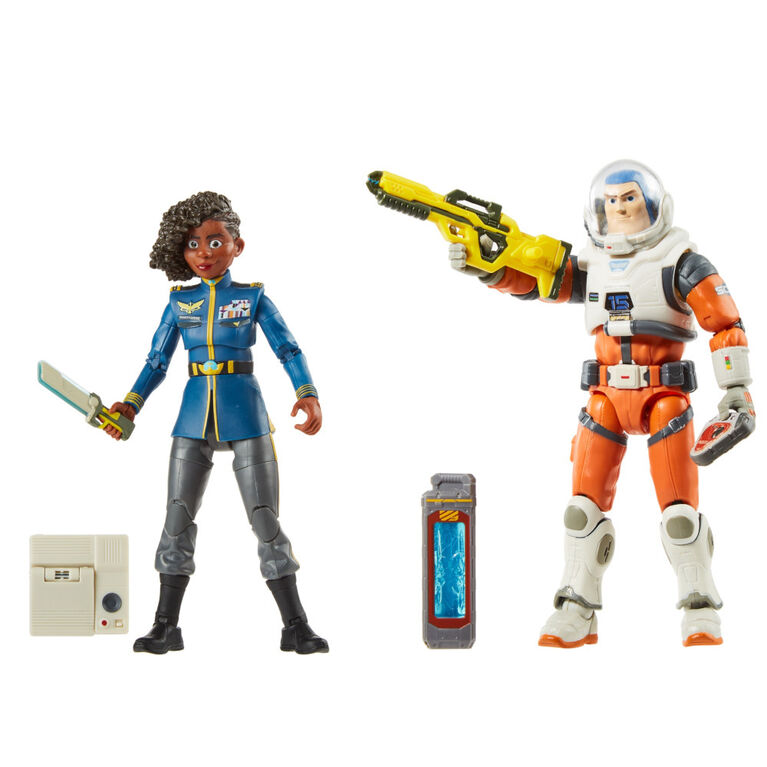 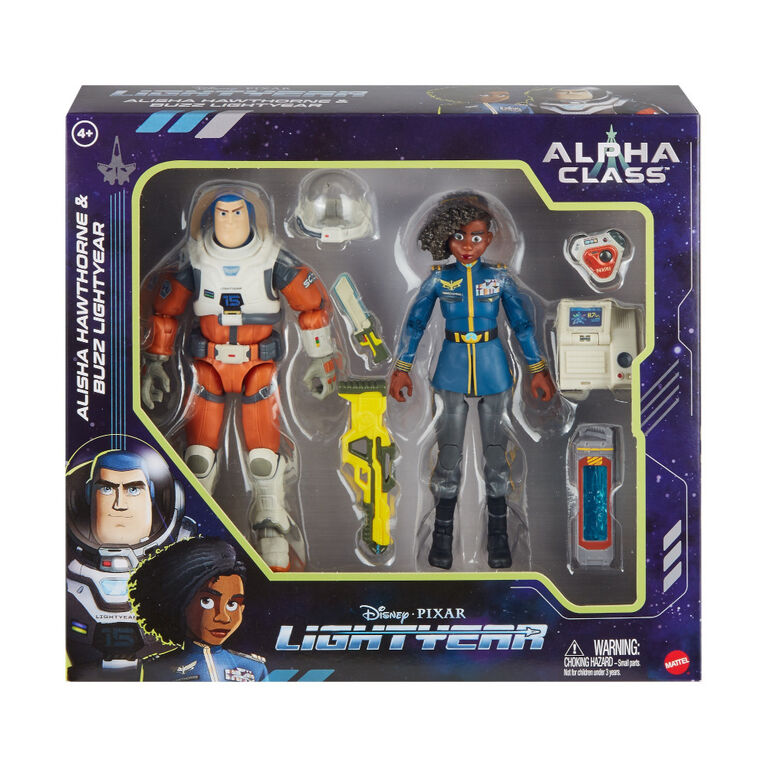 Pinch to zoom
R Exclusive, only available at Toys R Us Canada. Discover Disney and Pixar's Lightyear. Stranded on an uncharted planet, Buzz Lightyear and his crewmates will battle hostile plants, giant bugs and the ultimate threat, Zurg. Designed in tandem with the movies' creators, this 2-pack represents two key characters with exacting detail. Alisha Hawthorne is looking in charge in her official Star Commander uniform. Crewmate and best friend Buzz Lightyear is mission-ready in his XL-15 orange space suit. The 24 movable joints on these 7-inch scale figures include double-hinged knees and elbows, to allow incredible range of motion for distinctive poses. They're ready for action, with tools inspired by the movie, from the XL-15 IVAN navigator, crystal-powered fuel cell and laptop computer to a laser rifle and Laser Blade DX. Put all the pieces together to create an epic Lightyear display. Colors, dimensions and decorations may vary.​