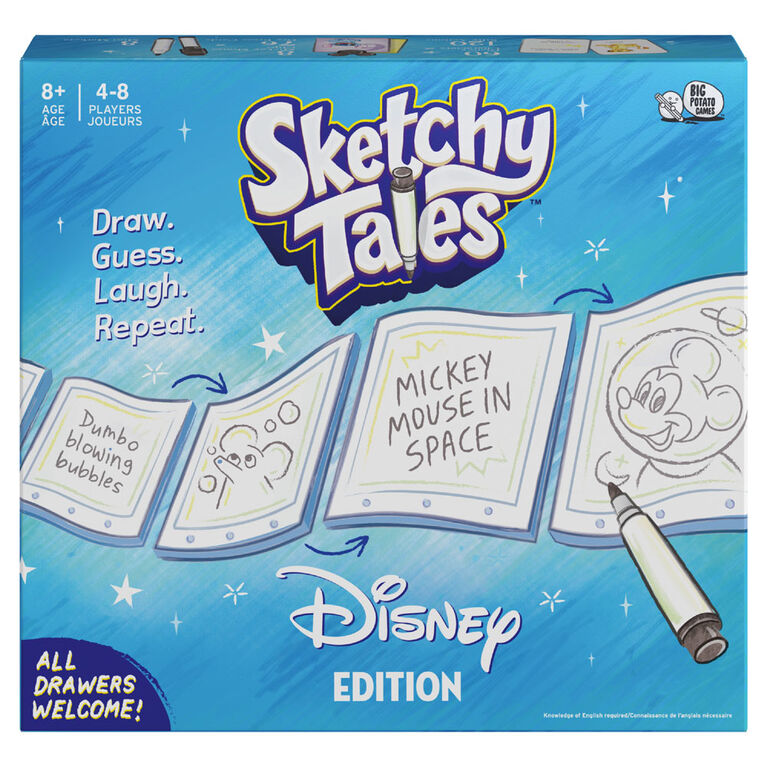 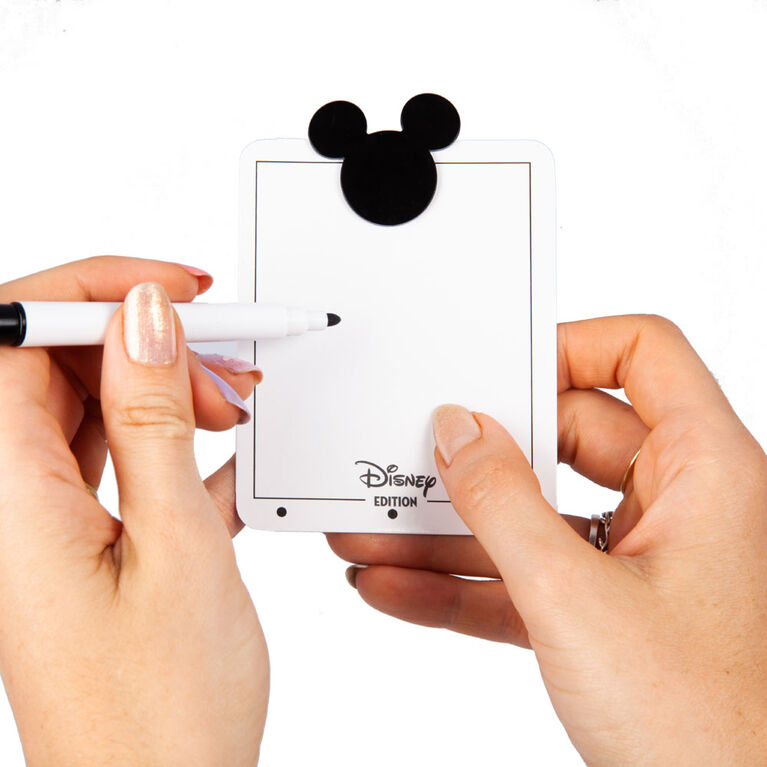 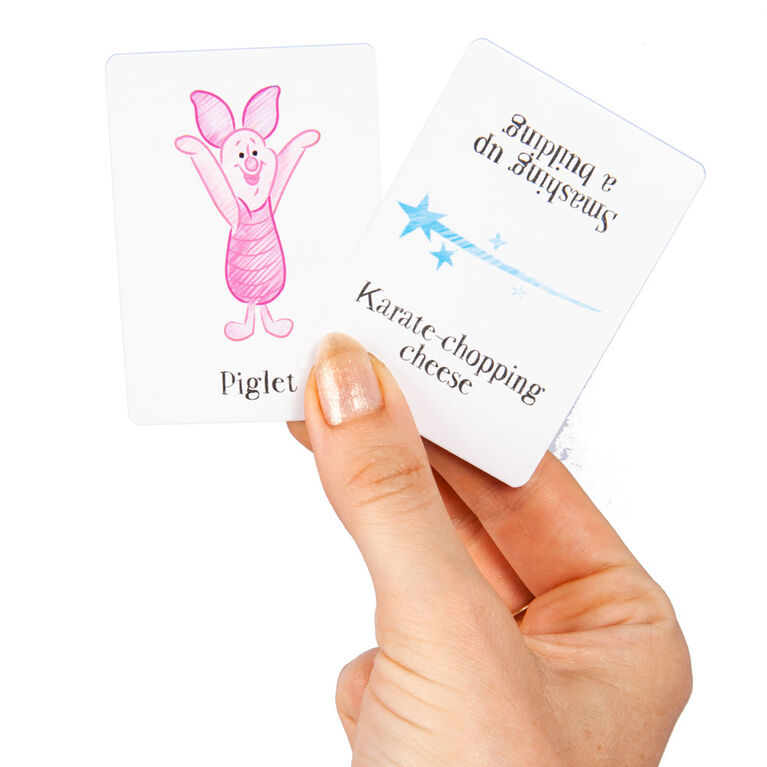 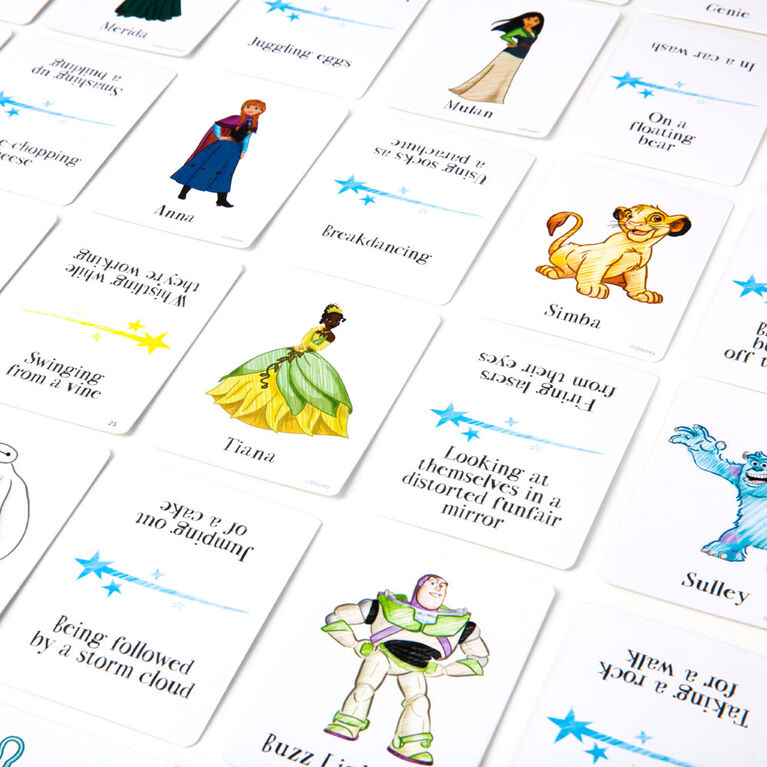 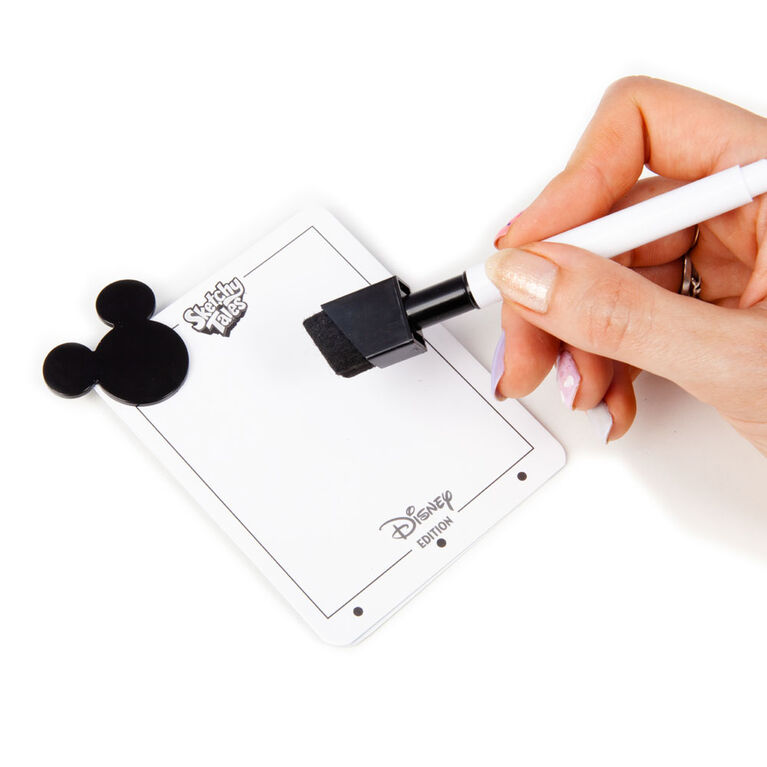 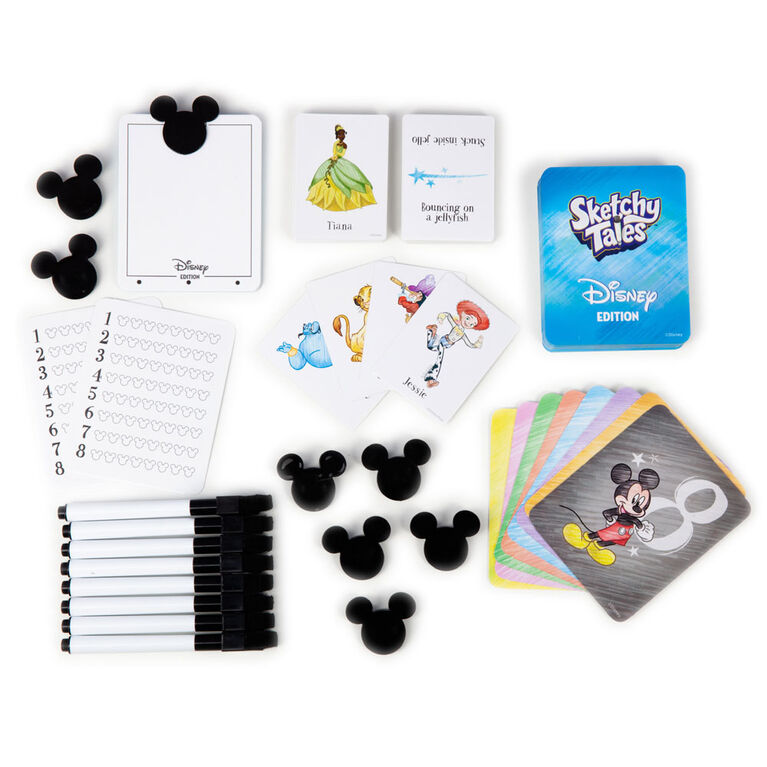 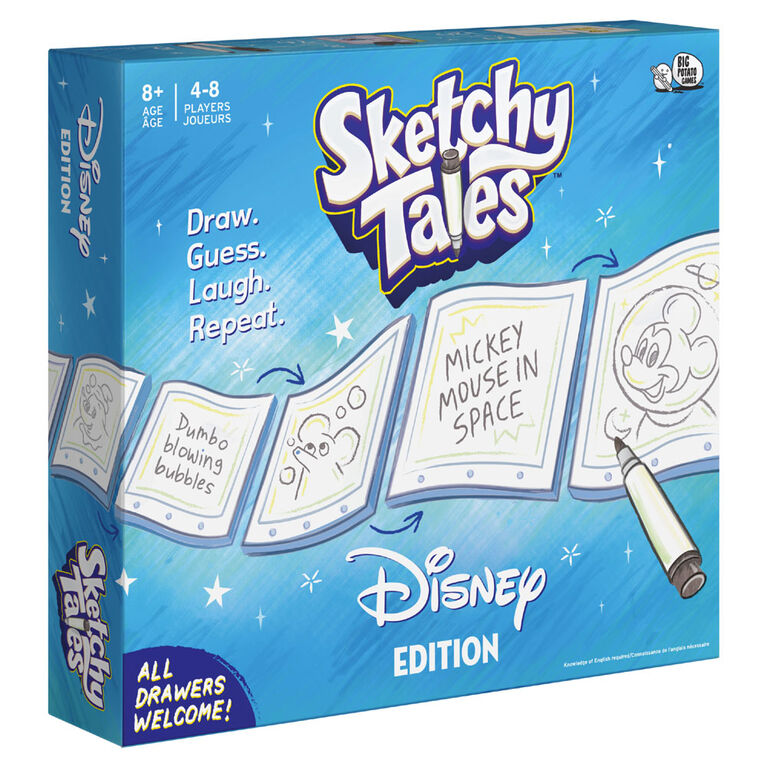 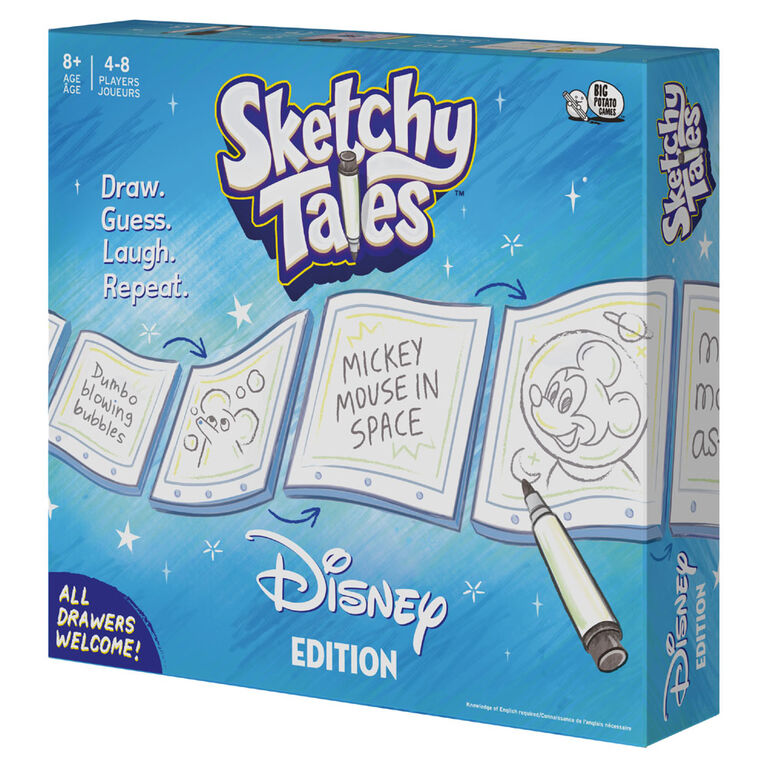 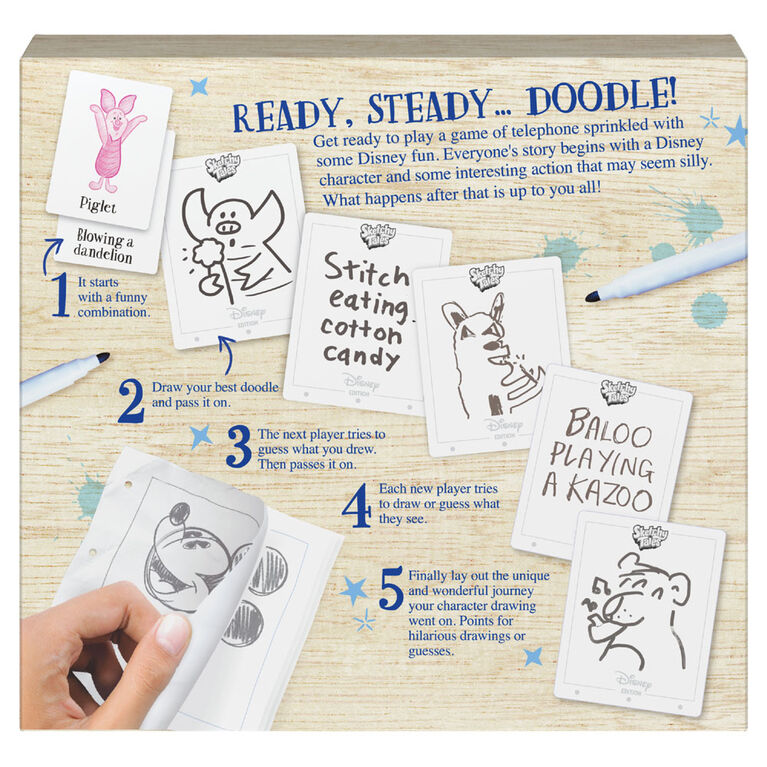 Pinch to zoom
This Disney Game for kids game is all about silly drawings and ridiculous guesses. To start, each player takes a Disney Card and an Action Card. which they keep secret. Decide which character you want to draw and which action you want them to perform. On the blank side of your backboard, sketch your Disney character performing their action. There's only one rule: no words allowed. Once everyone has finished their masterpieces, they pass them face down to the player on their left. Everyone looks at the new drawing in front of them, takes a blank Sketchy Card and clips it over the illustration. They write down in words what the drawing was about, who was in it and what they were doing. Once you've done that, pass the boards to the left again. Read the new description before you all. (Don't look at the drawing underneath it for help!) Now clip a fresh Sketchy Card over the words and draw what you've just read. Then pass it to the left. Continue this sequence of drawing, passing, describing and passing, until your original backboards come back to you. Then Take it in turns to reveal the strange story that your Disney character went on by laying out your Sketchy Cards in order. The owner of this story now picks their favorite drawing or written guess and awards a point to the player responsible. The game ends when a player collects two more points than the number of people playing (or if it hits midnight and you all turn into pumpkins). One of the funnest 2020 new family board games for kids. If you liked Disney Colourbrain, Disney Villains or Disney Codenames you'll love this.You'll need between four and eight of your most animated friends to play this game, for ages 8+. Contents include 60 classic disney characters, 120 silly actions, 76 dry erase cards, 8 mini markers and 8 Mickey mouse clips. This disney game for kids will give your family memories to last a lifetime, so come on, be our guest.