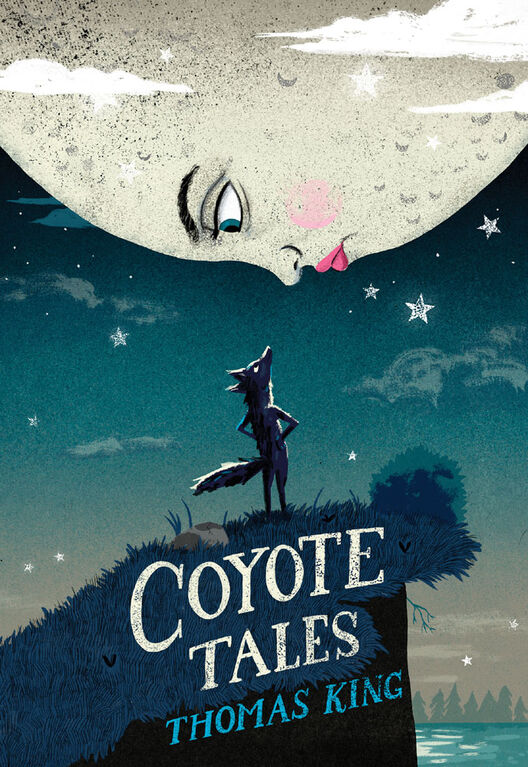 Two tales, set in a time "when animals and human beings still talked to each other," display Thomas King's cheeky humor and master storytelling skills. Freshly illustrated and reissued as an early chapter book, these stories are perfect for newly independent readers.

In Coyote Sings to the Moon, Old Woman and the animals sing to the moon each night. Coyoteattempts to join them, but his voice is so terrible they beg him to stop. He is crushed and lashes out -- who needs Moon anyway? Furious, Moon dives into a pond, plunging the world into darkness. But clever Old Woman comes up with a plan to send Moon back up into the sky and, thanks to Coyote, there she stays.

In Coyote's New Suit, mischievous Raven wreaks havoc when she suggests that Coyote's toasty brown suit is not the finest in the forest, thus prompting him to steal suits belonging to all the other animals. Meanwhile, Raven tells the other animals to borrow clothes from the humans' camp. When Coyote finds that his closet is too full, Raven slyly suggests he hold a yard sale, then sends the human beings (in their underwear) and the animals (in their ill-fitting human clothes) along for the fun. A hilarious illustration of the consequences of wanting more than we need.

CCSS.ELA-LITERACY.RL.2.5
Describe the overall structure of a story, including describing how the beginning introduces the story and the ending concludes the action.