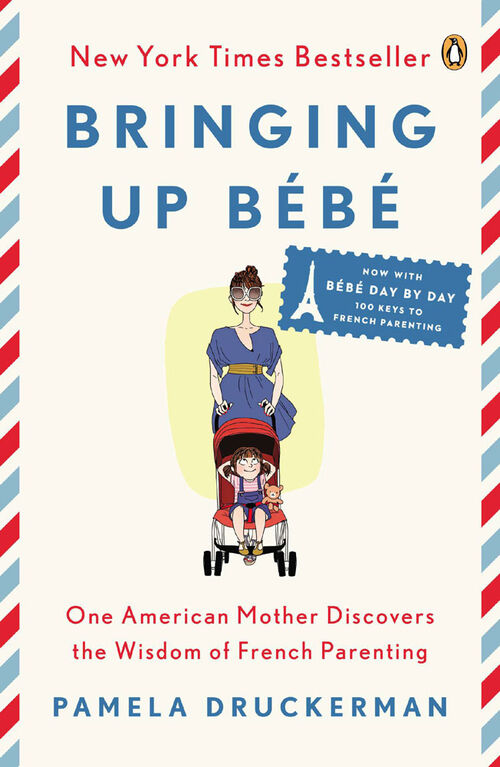 Pinch to zoom
"On questions of how to live, the French never disappoint . . . . Maybe it all starts with childhood. That is the conclusion that readers may draw fromBringing Up Bebe."-The Wall Street Journal

"I've been a parent now for more than eight years, and-confession-I've never actually made it all the way through a parenting book. But I foundBringing Up Bebeto be irresistible."-Slate

The runaway New York Times bestseller that shows American parents the secrets behind France's amazingly well-behaved children, from the author of There Are No Grown-ups.When American journalist Pamela Druckerman had a baby in Paris, she didn't aspire to become a "French parent." But she noticed that French children slept through the night by two or three months old. They ate braised leeks. They played by themselves while their parents sipped coffee. And yet French kids were still boisterous, curious, and creative. Why? How? With a notebook stashed in her diaper bag, Druckerman set out to investigate-and wound up sparking a national debate on parenting. Researched over three years and written in her warm, funny voice, Bringing Up Bebe is deeply wise, charmingly told, and destined to become a classic resource for American parents.

Free Shipping when you spend $99. Shop Toys”R”Us, Babies”R”Us and Rise Little Earthling in 1 easy checkout!
Promotion details
Free Shipping when you spend $99. Shop Toys”R”Us, Babies”R”Us and Rise Little Earthling in 1 easy checkout!
Offer applies to selected items for delivery by regular standard shipping only and excludes delivery to some remote locations. Up to the maximum of $20 shipping value. Any shipping expense over this $20 per order maximum amount will be charged to your order. Free Shipping applies only to orders with qualifying merchandise greater than $99 and does not apply to gift cards. Free Shipping offer excludes all large SHIP ALONE items, such as; Strollers, Car Seats, Gym sets, houses, large play sets and bikes, all large furniture items and other select items. Toysrus.ca offers "Free Shipping" on select items throughout the site. The shipment of orders to certain remote locations is excluded from these offers. In these instances, the standard delivery charge will be visible during the checkout process. On some products, special handling fees may still apply. If your order contains items that are ineligible for "Free Shipping", you will be charged for those items. Add item to your shopping cart and proceed to checkout to receive discount. While quantities last. Offer valid only while supplies last and not applicable to canceled orders due to out-of-stock merchandise. Discount not applicable with returned merchandise; total discount will be deducted from the value of any returned item to which the discount applied. This offer is not valid on previous purchases. This promotional offer may be modified or terminated at any time without notice. We reserve the right to cancel any order due to unauthorized, altered, or ineligible use of a discount.
Our recommended Age: 12 - 36 months
Our recommended Age