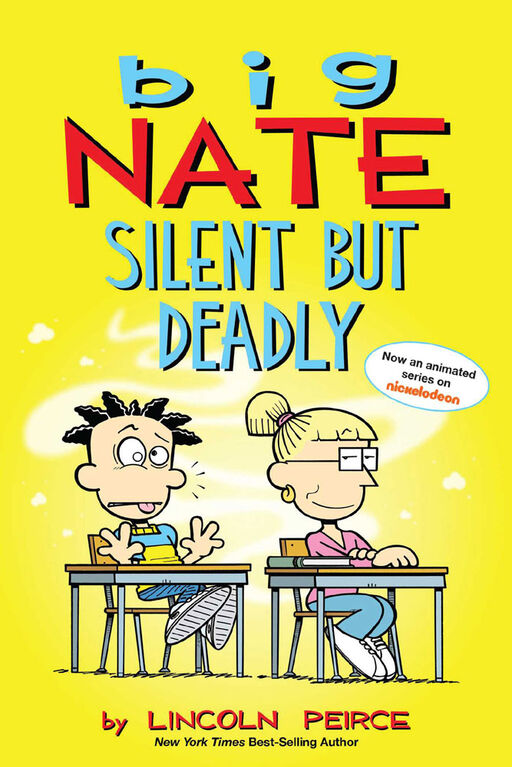 Pinch to zoom
Now an animated series with Paramount+ and Nickelodeon!

Middle school is a breeding ground for mischief and dreaming big for Big Nate and his pals! Join Nate and the gang for nonstop laughs in this latest collection of the New York TImes bestselling Big Nate comics series!

Everyone's favorite sixth grader is back formore misadventures, and Big Nate: Silent But Deadly smells like a winner!

Whether he's showing the ropes to a detention rookie, campaigning for the Student of the Month Award, or writing hilarious movie reviews for The Weekly Bugle, Nate Wright never fails to make his mark at P.S. 38. But middle school's no bed of roses. In fact, sometimes it just plain stinks. Just ask the Great Nose-ini! Nate's alter ego with a sense for scents can smell trouble a mile away... or at the very next desk. Was that you, Gina?