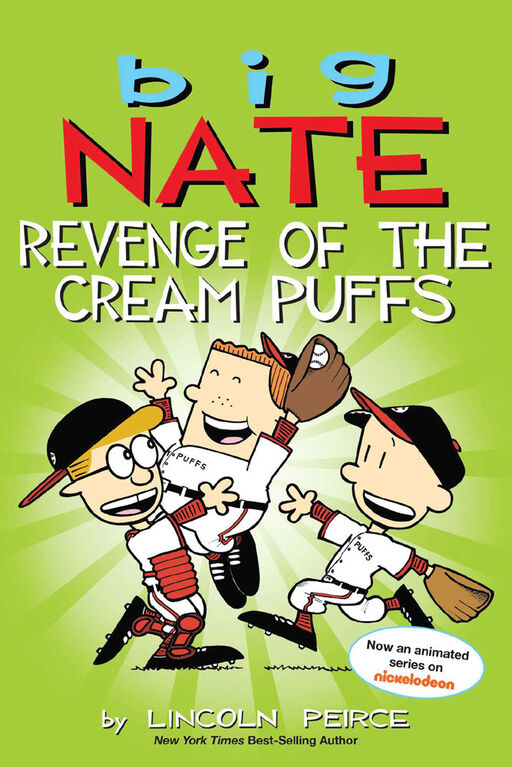 Pinch to zoom
Now an animated series with Paramount+ and Nickelodeon!

It's one, two, three strikes, you're out, as the Cream Puffs seek sweet revenge!

Here come the Cream Puffs! Nate and his baseball team, saddled with the most embarrassing moniker in Little League history, want to show the world they're not just a bunch of cupcakes. But it won't be easy. Their opponents mock them. The local sports section misprints Nate's name--THREE TIMES. And now, on the day of the big game, illness and injuries have the team facing a crushing defeat... unless the unlikeliest Cream Puff of all can come in from the bullpen and save the day.

With a softhearted pitcher who channels his inner panda, a vengeful girlfriend who swings for the fences, and a healthy dose of Nate Wright mojo, the Cream Puffs just might have what it takes to stage an epic comeback. So grab a glove, smear on some eyeblack, and get in the game. You don't want to miss a single moment of Revenge of the Cream Puffs!