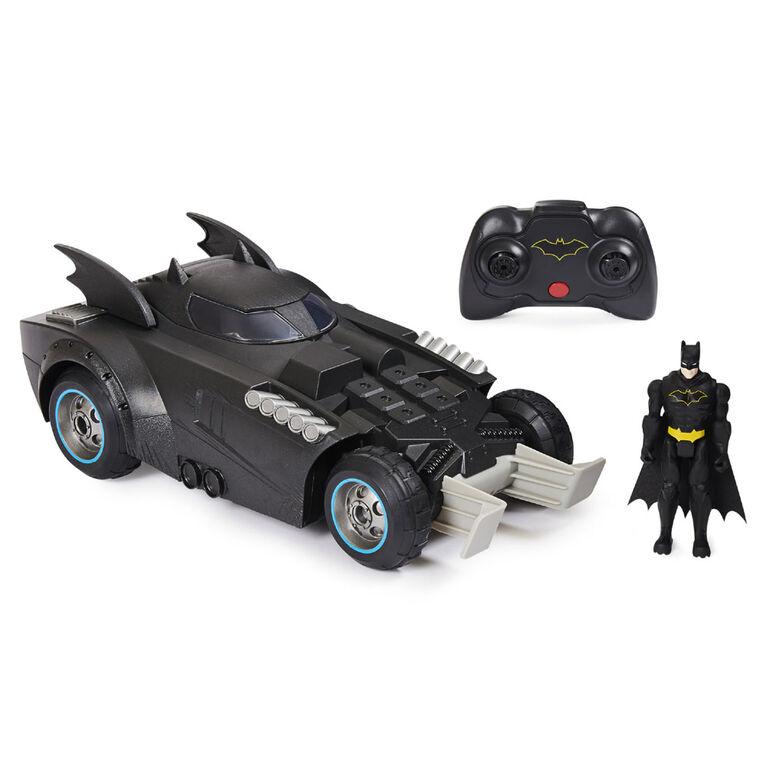 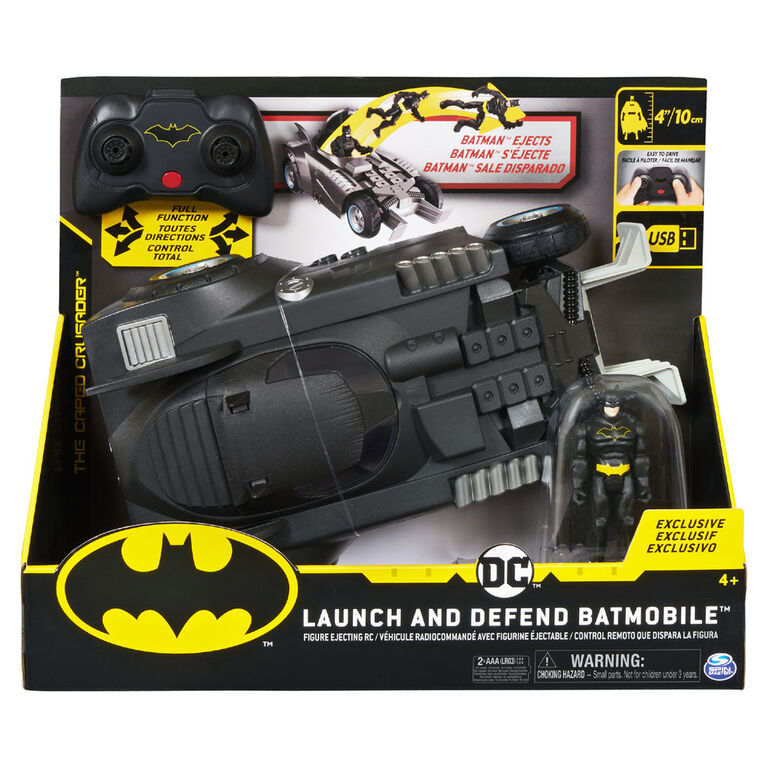 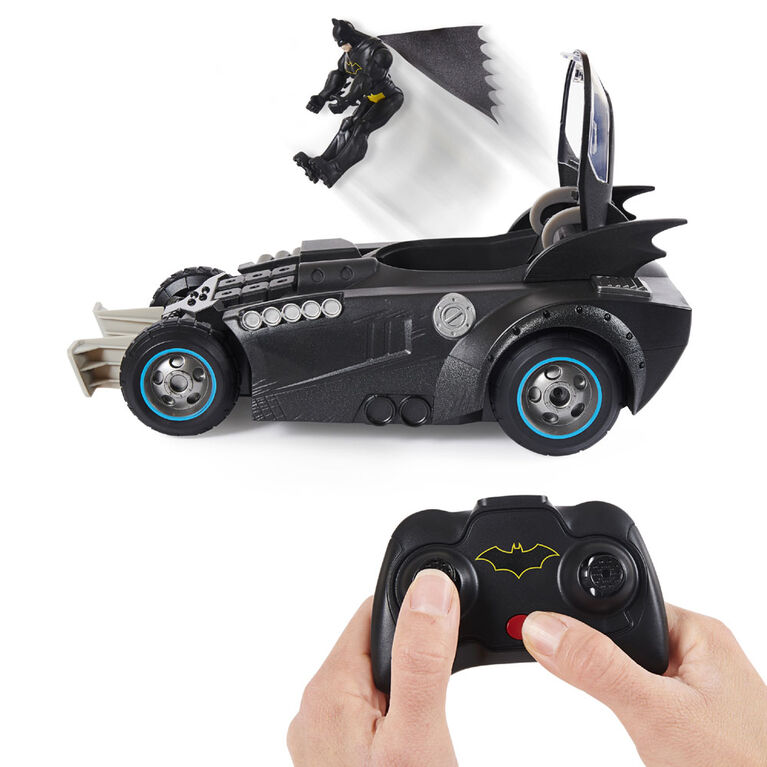 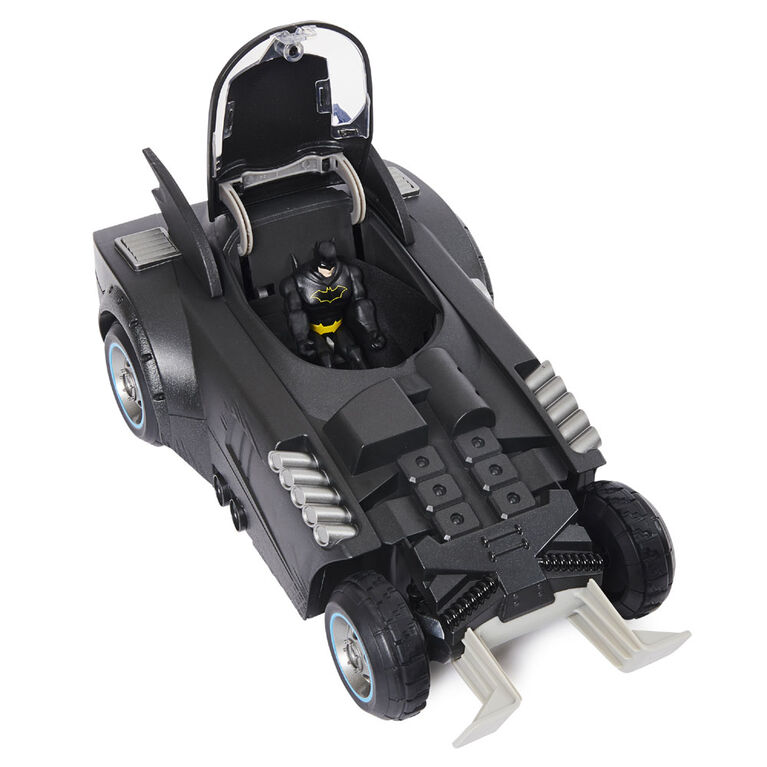 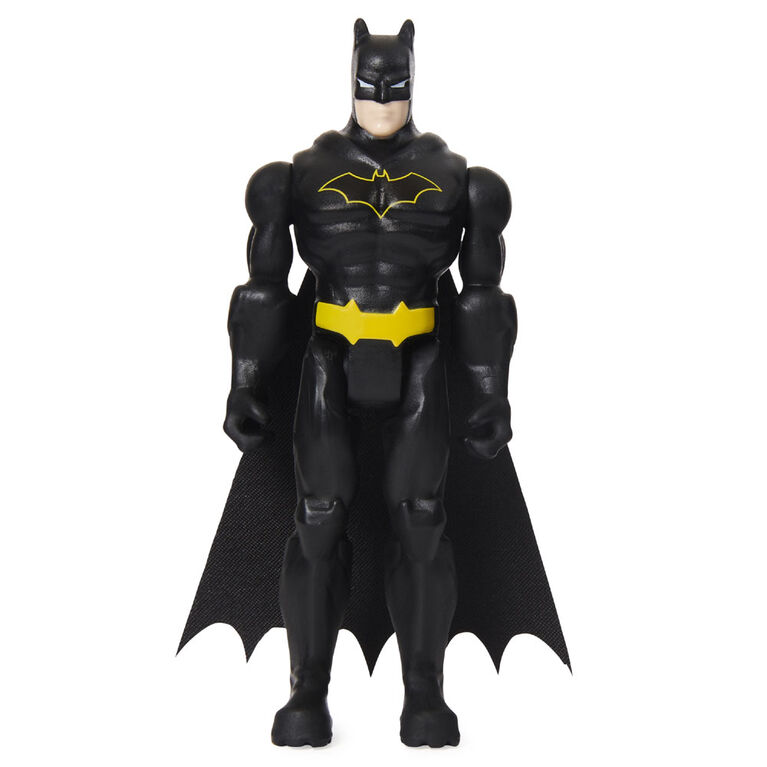 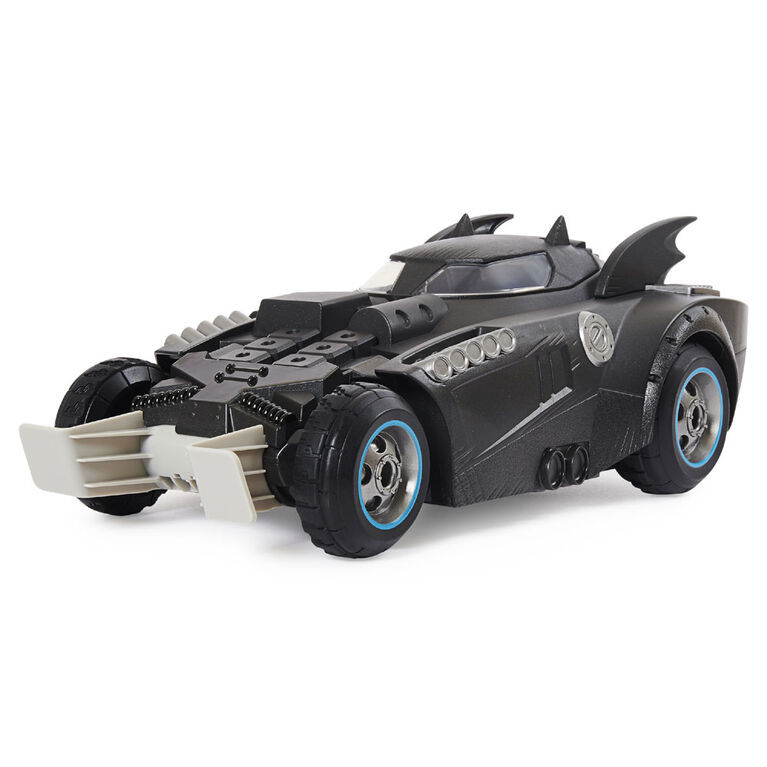 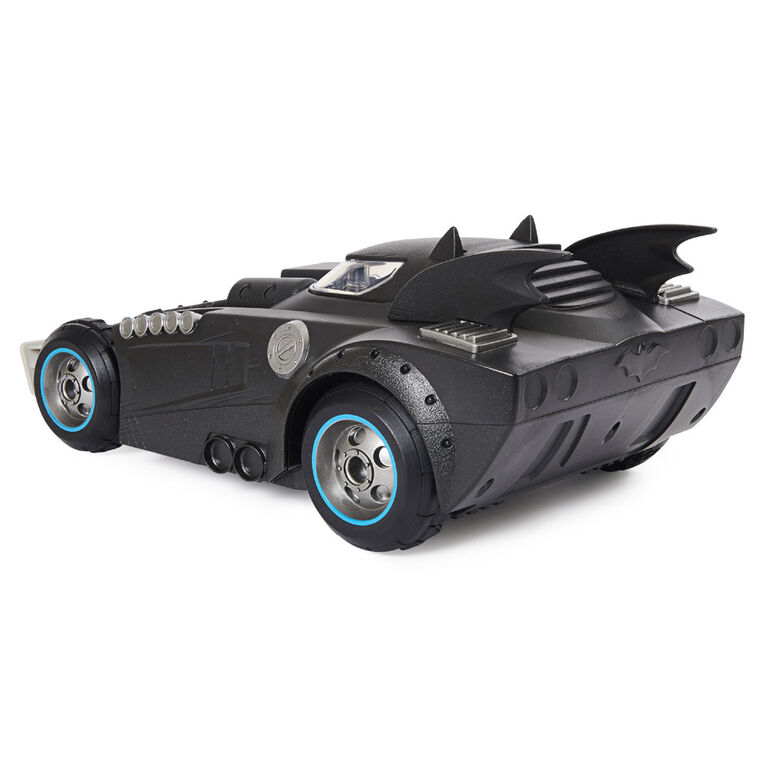 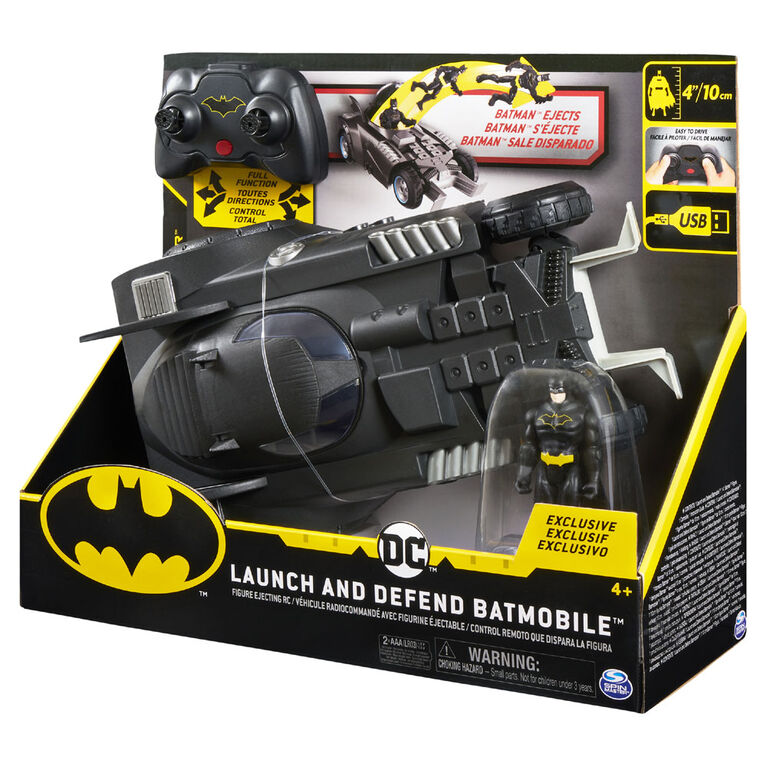 Pinch to zoom
Launch BATMAN into action with the Launch and Defend Batmobile RC! This sleek 1:16 scale BATMAN remote control vehicle includes an exclusive 4-inch BATMAN action figure that you can launch right out of the cockpit! Race through the streets of GOTHAM CITY in forward or reverse and steer left and right with the easy-to-use dual joystick controller. Then, take down the most notorious Super-Villains of GOTHAM CITY with the push of a button. Press the action button on the controller to automatically launch the CAPED CRUSADER out of the cockpit! Pose your highly detailed articulated action figure into dynamic battle poses to defend against evil, like THE JOKER (figure sold separately)! Engage your imagination to play out your own exciting missions using your new remote control vehicle and 4-inch action figures from your BATMAN collection (sold separately)! With 2.4GHz frequency, you can race up to six vehicles at once and control your Launch and Defend Batmobile from up to 250 feet away! Featuring authentic BATMAN styling, aerodynamic wings and real rubber tire treads, this Batmobile looks like the real thing! Designed with a soft front bumper, the Launch and Defend Batmobile RC protects the home from damage as you play out your epic adventures. When you're finished fighting crime, charge your Batmobile with the built-in USB cable - while it charges, the cockpit lights up! Bring the BATMAN action to life with the figure-ejecting Launch and Defend Batmobile RC!