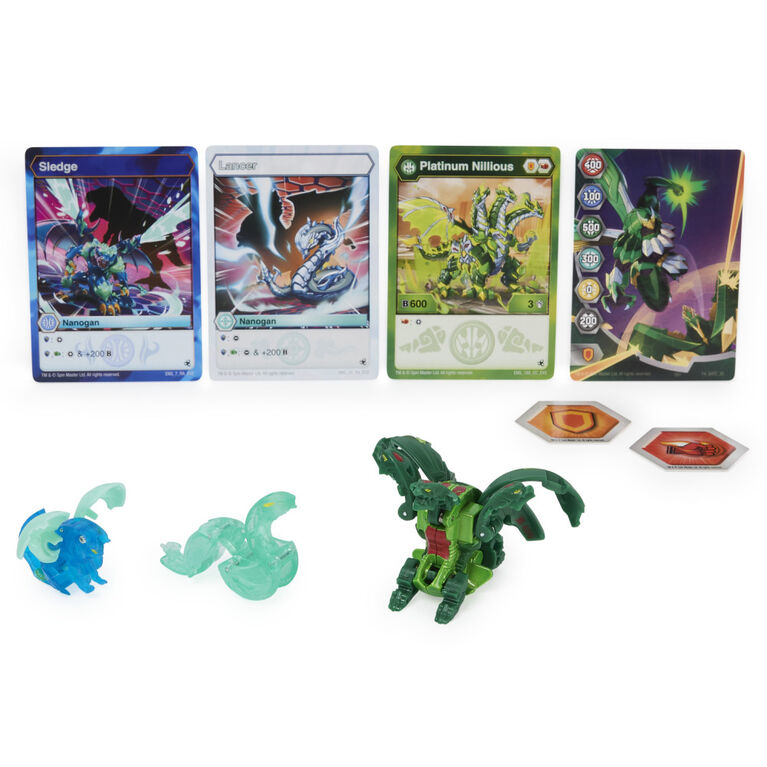 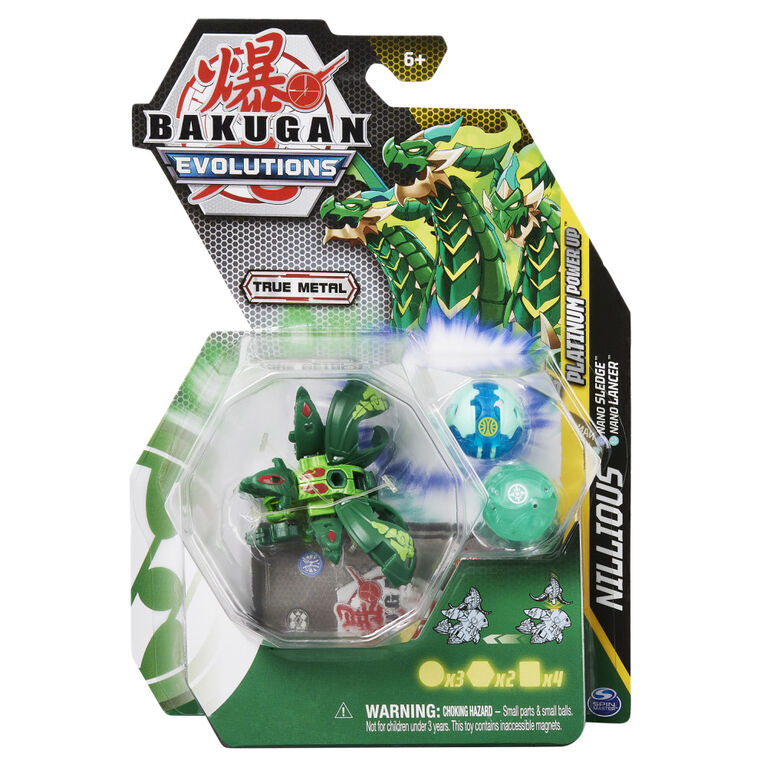 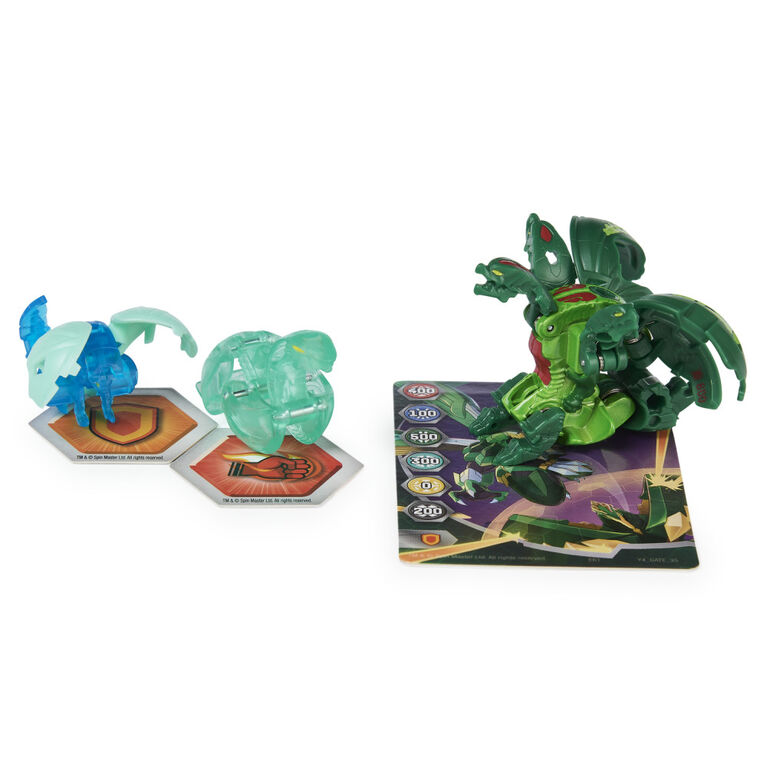 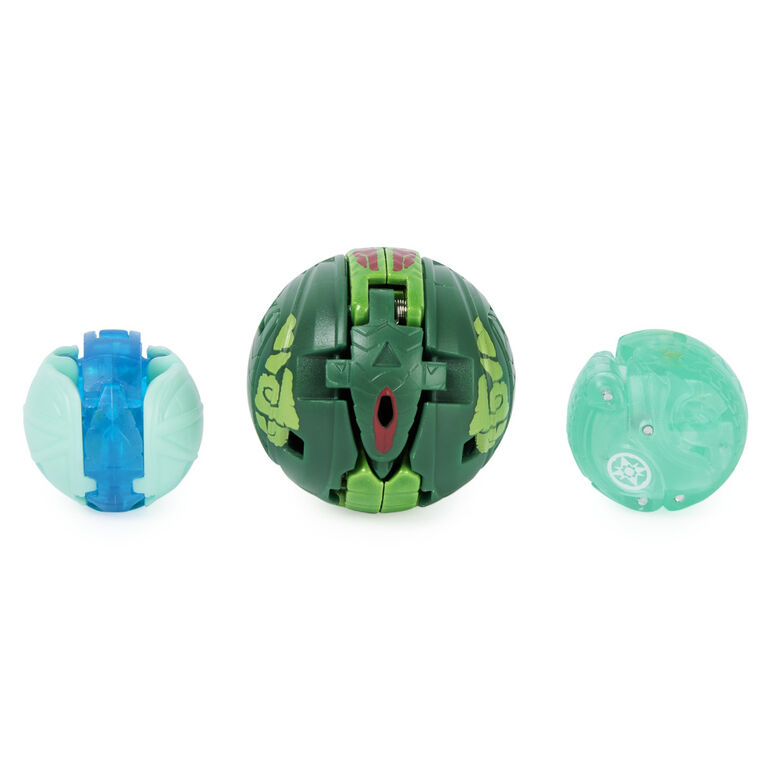 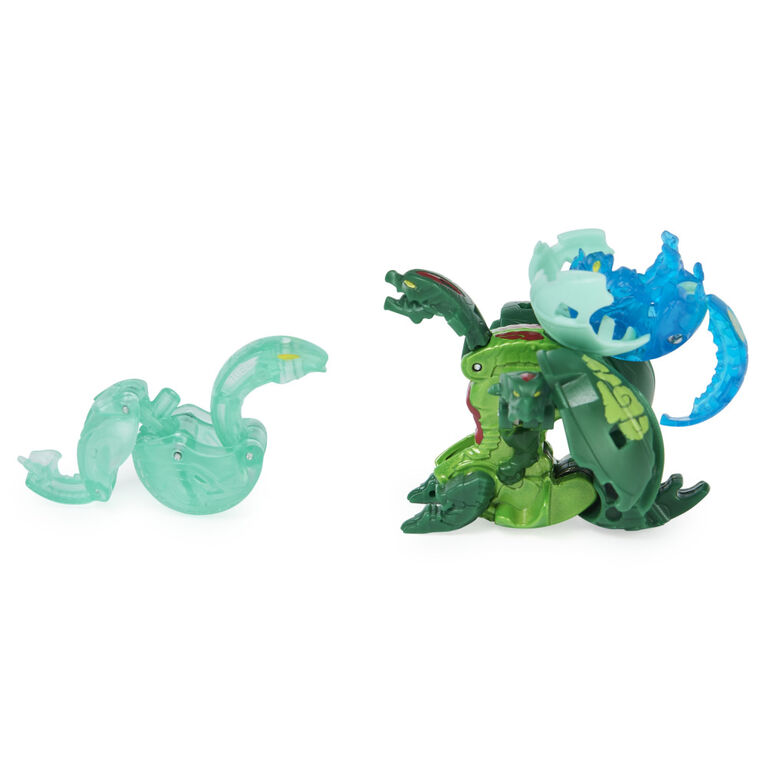 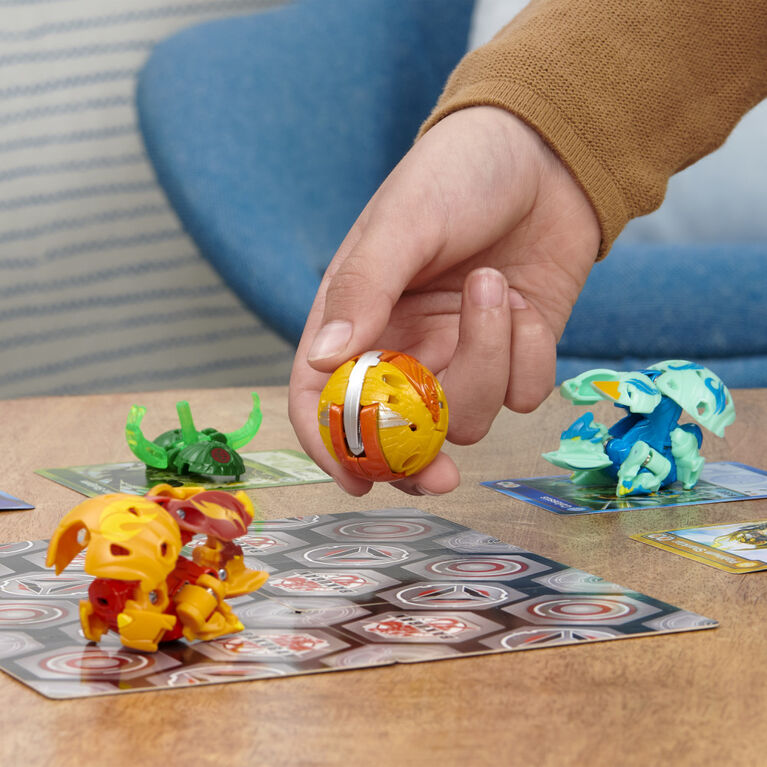 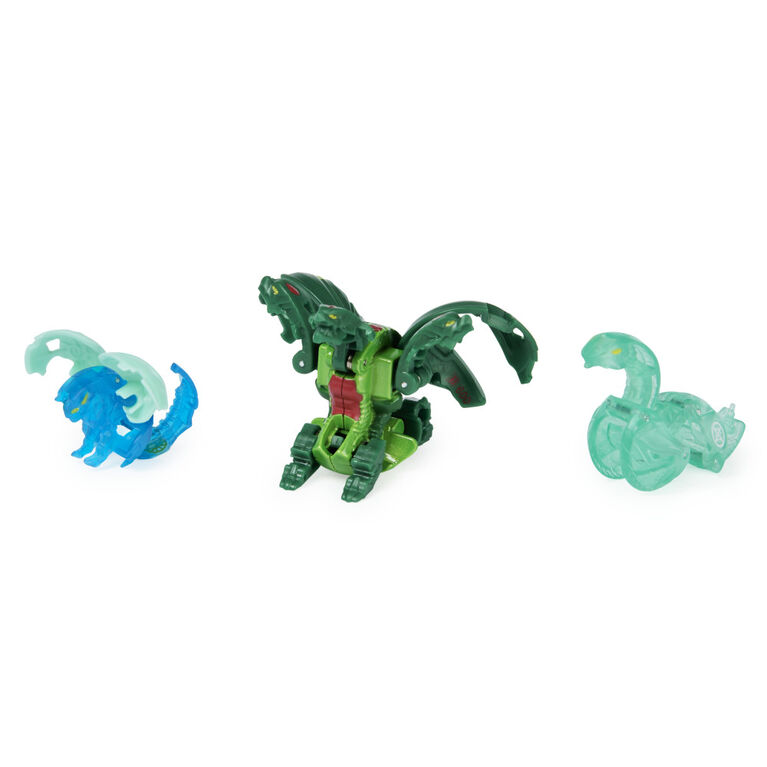 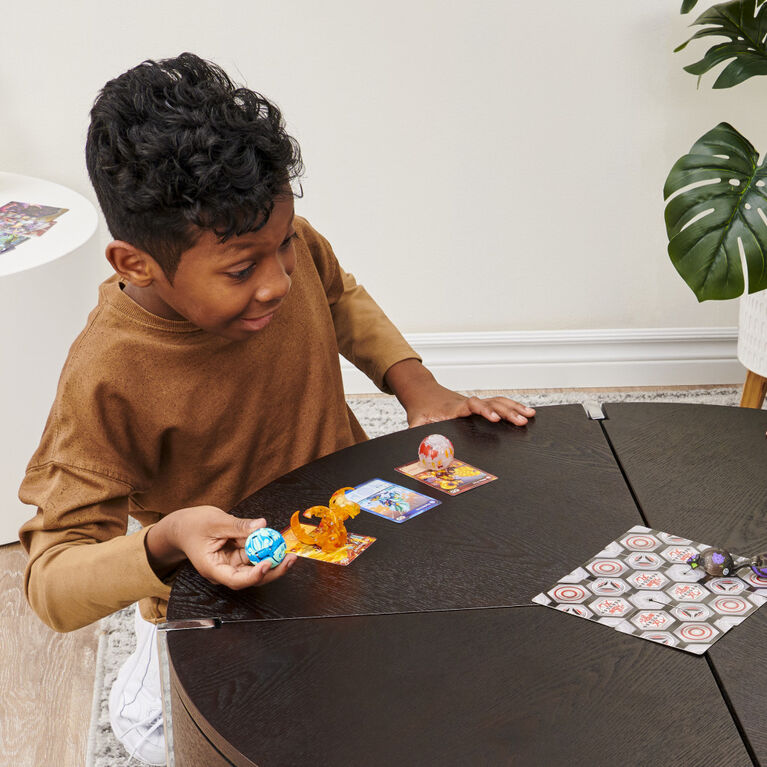 Pinch to zoom
Unleash the power of the all-new Platinum Bakugan and Nanogan! This pack features 1 True Metal Bakugan, 2 Nanogan, 2 Bakucore, and 2 Ability Cards. Your Bakugan just became stronger than ever with these battle-hardened Platinum Bakugan, made with true metal! Feel the premium weight in your hands as you roll them over the BakuCores! Watch your Bakugan pop-open and transform into a fierce creature! These heavy-weight champions will deliver incredible damage in battle like never before. Roll into action against friends with Bakugan and emerge victorious! For a surprise attack, summon your Nanogan to empower your Bakugan and conquer your opponent! The Nanogan can attach to any Bakugan for a powerful boost in battle. Nanogan features translucent details and awesome designs! Mix and match to create your favourite combination and deliver incredible damage in battle. Use the included Ability cards for even more ways to play and earn bonuses! Add all the Season 4 Bakugan Evolutions toys to your collection (as seen on NETFLIX) and build your own dream team! Take your brawls to the next level with an all-new Platinum Bakugan forged in true metal and 2 Nanogan!

Bakugan Evolutions, Nillious with Nano Sledge and Lancer Platinum Power Up Pack is rated 4.1 out of 5 by 24.
Website Price: $24.99