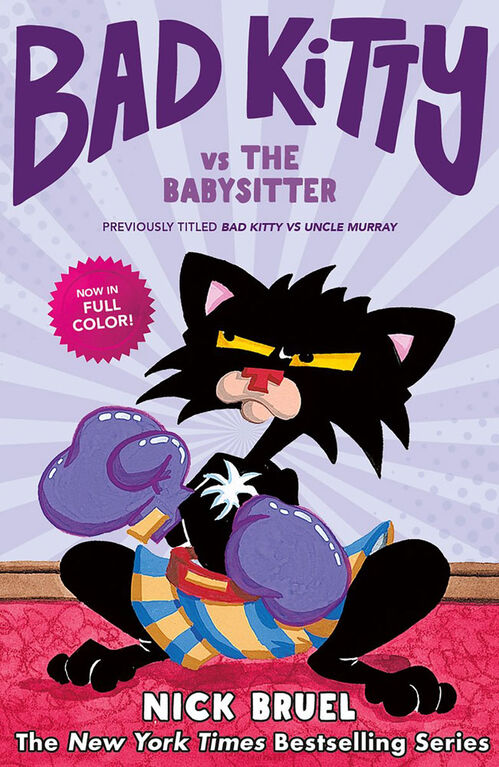 
In the New York Times bestselling Bad Kitty series from writer and illustrator Nick Bruel, prepare for a battle royale as Uncle Murray steps into the role of petsitter in Bad Kitty vs the Babysitter.

Kitty's owners are taking a week off and leaving Kitty and Puppy at home. So who's going to watch them? Good ol' Uncle Murray - the guy you thought knew everything about cats.

Think again! It isn't long before Uncle Murray is driven to near madness by shenanigans of epic proportions in this full-color graphic novel edition.