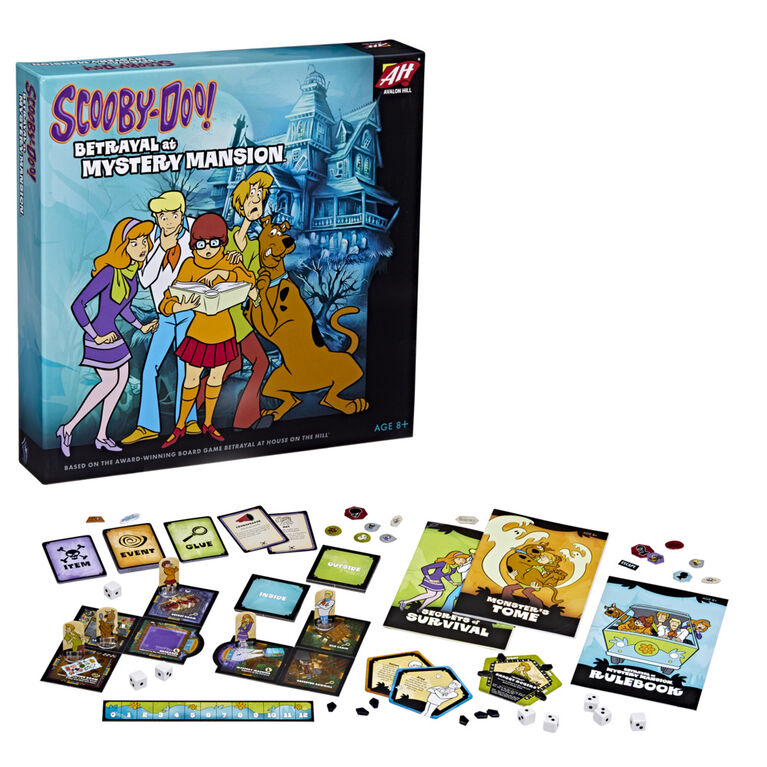 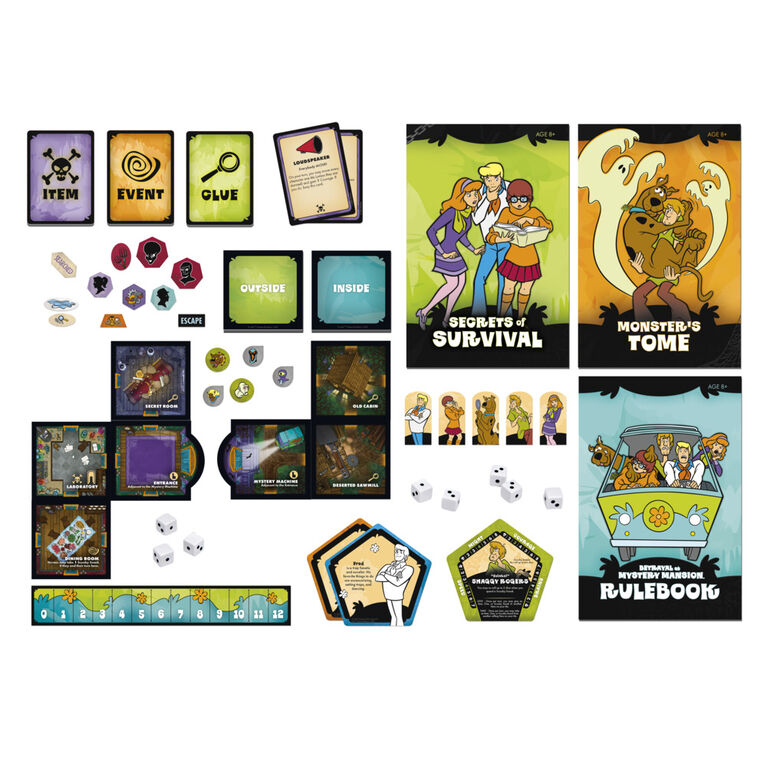 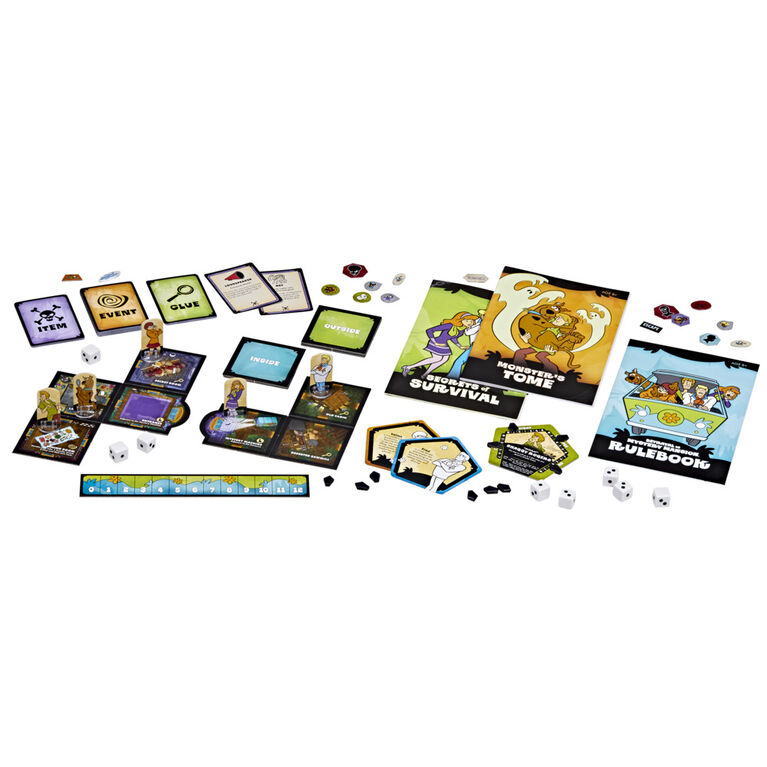 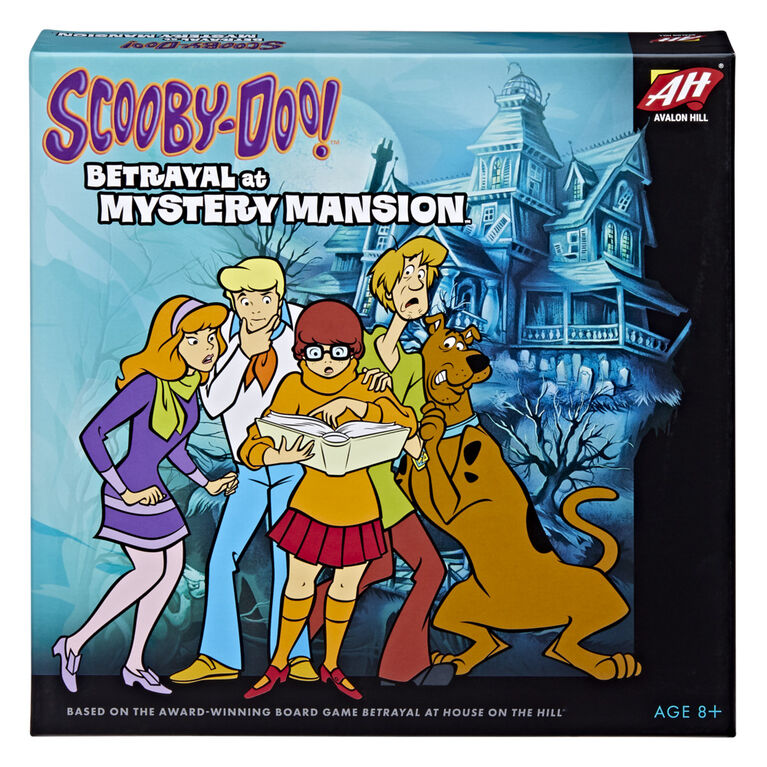 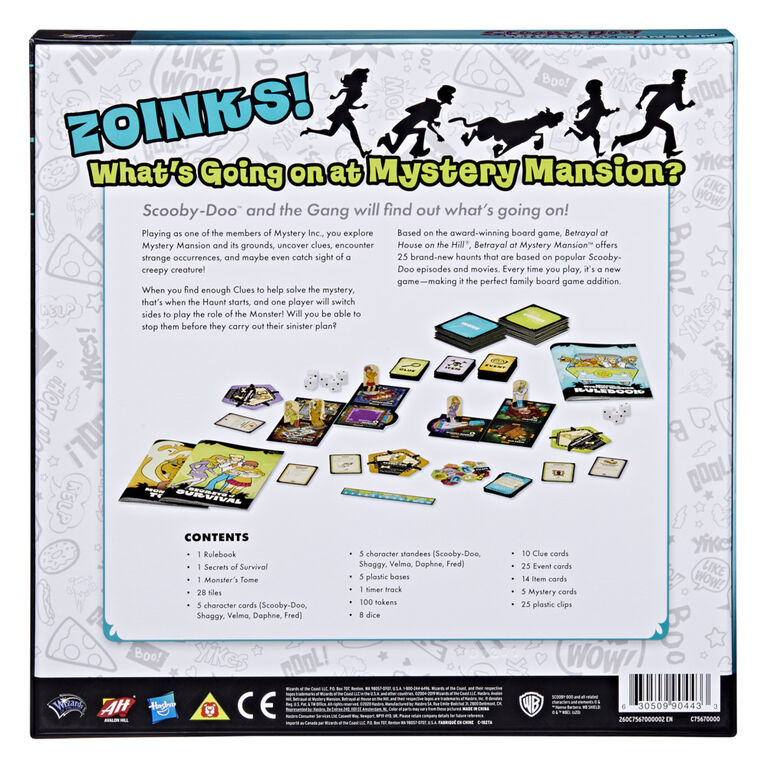 
There's something going on at Mystery Mansion! Based on the award-winning Betrayal at House on the Hill narrative board game, the Betrayal at Mystery Mansion game offers 25 haunts inspired by popular Scooby-Doo episodes and movies. Playing as one of the members of The Mystery Inc. Gang, players explore the mansion and its grounds, finding clues, encountering strange occurrences, and maybe even catching sight of a monster! Beware! At some point during the haunt, one player will switch sides to play the role of the Monster. Who will be able to stop them before they carry out their sinister plan? A different story is created every time it's played, making it the perfect family board game addition. This immersive, story-driven hidden traitor game is for 3-5 players, ages 8 and up.