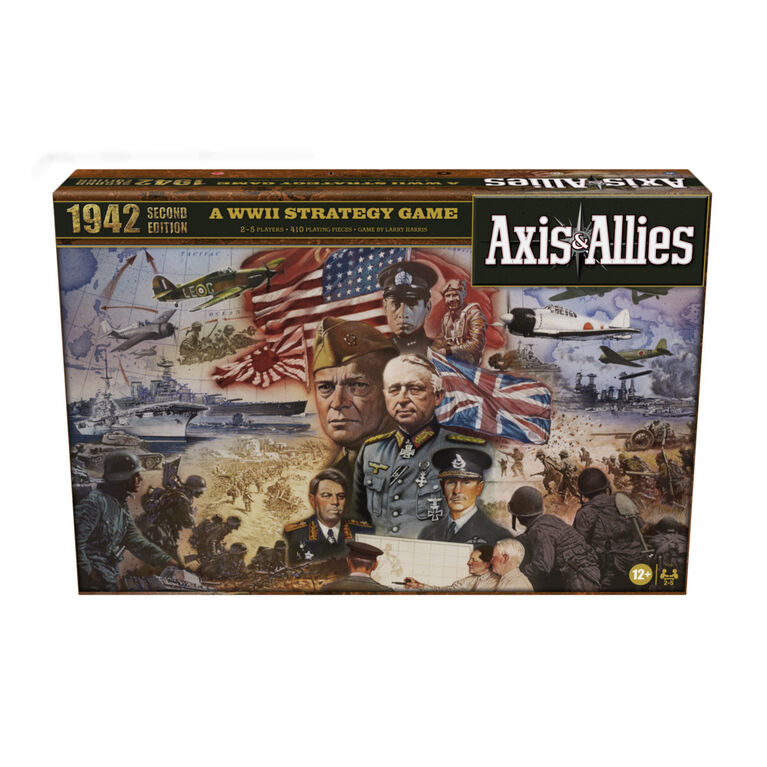 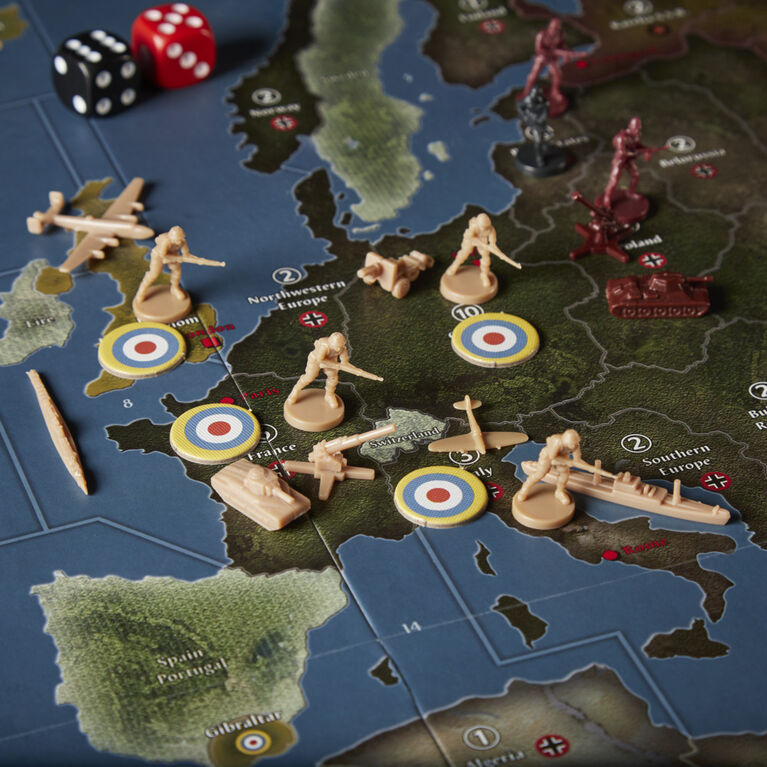 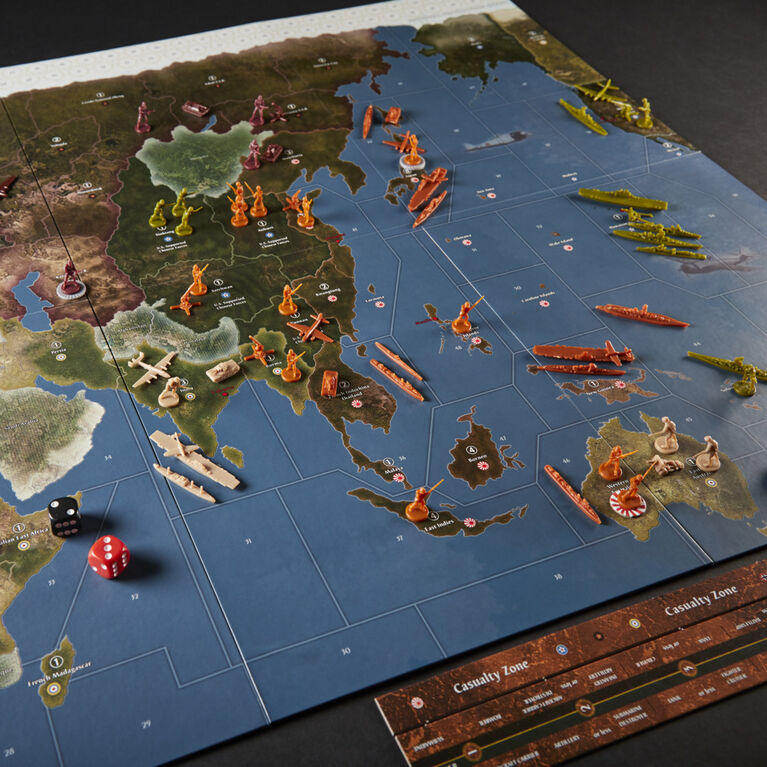 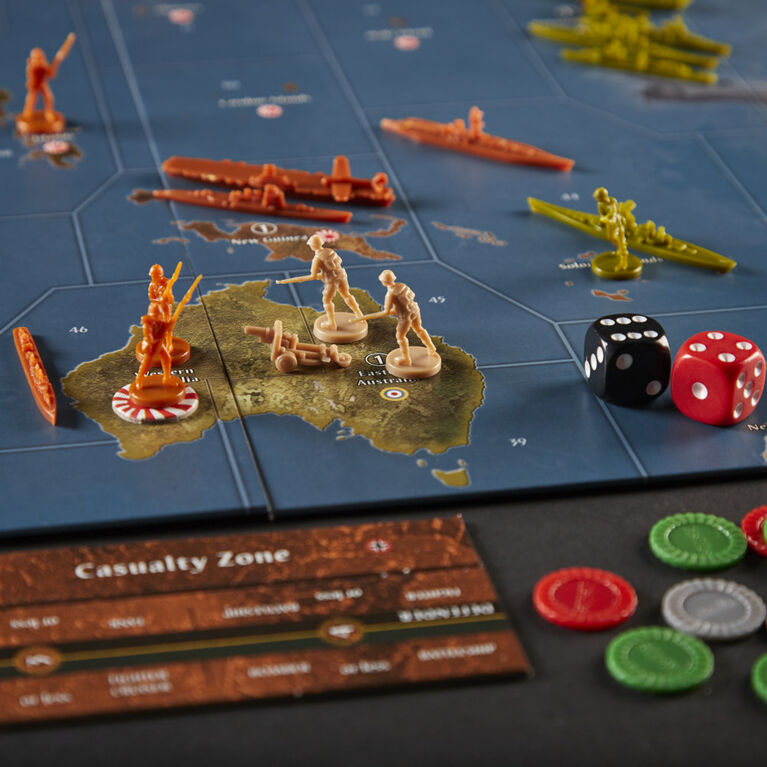 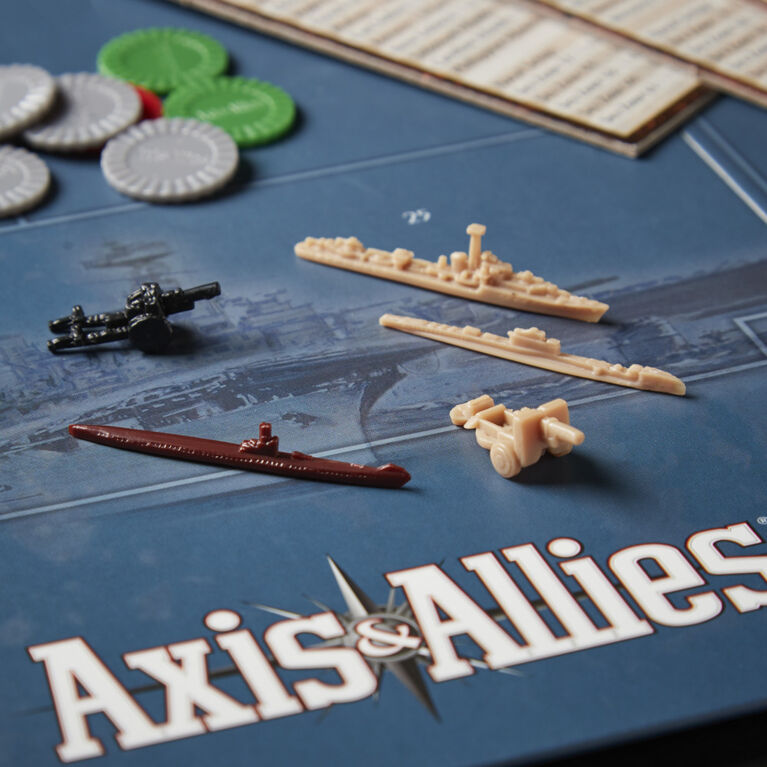 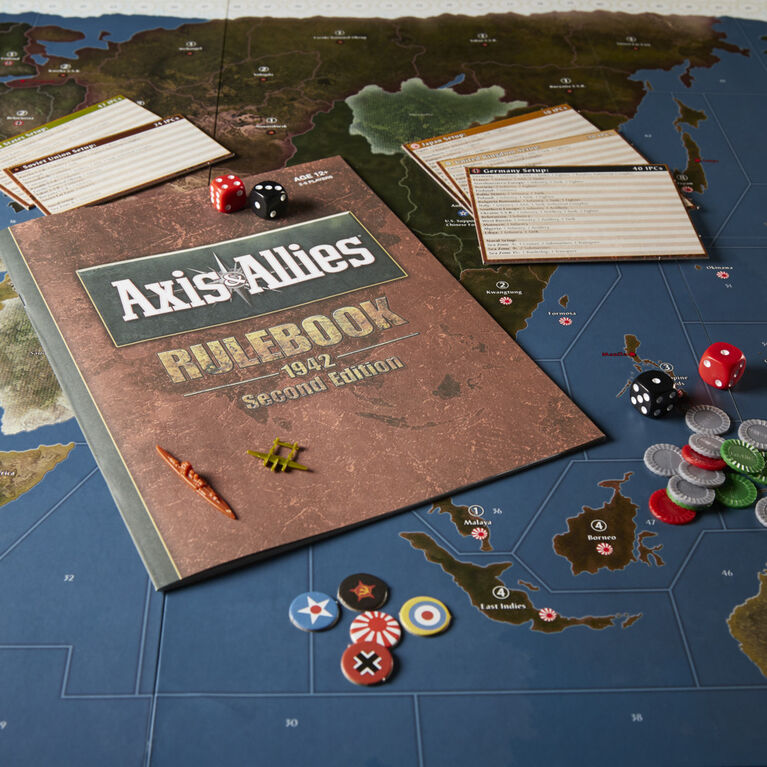 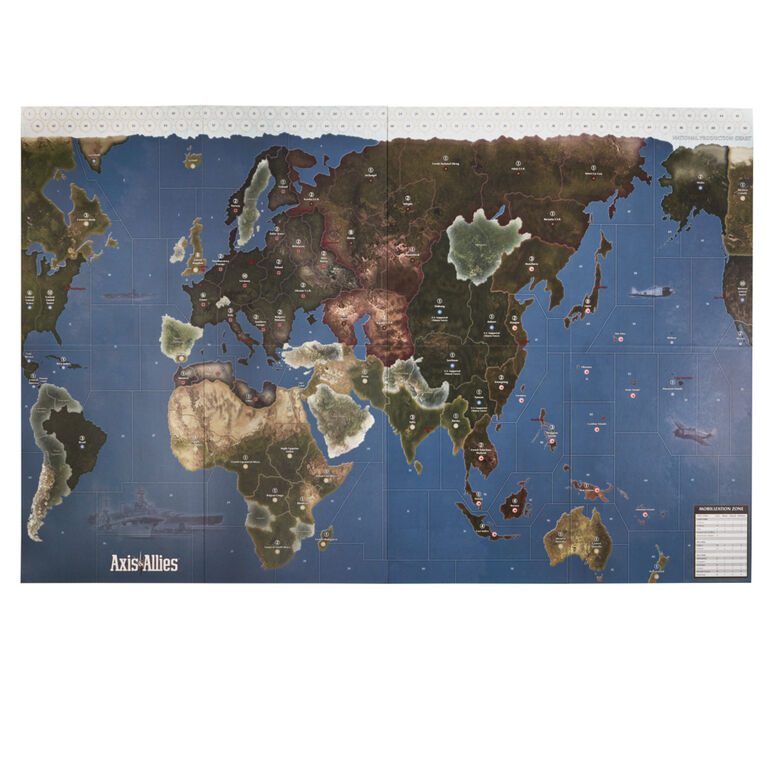 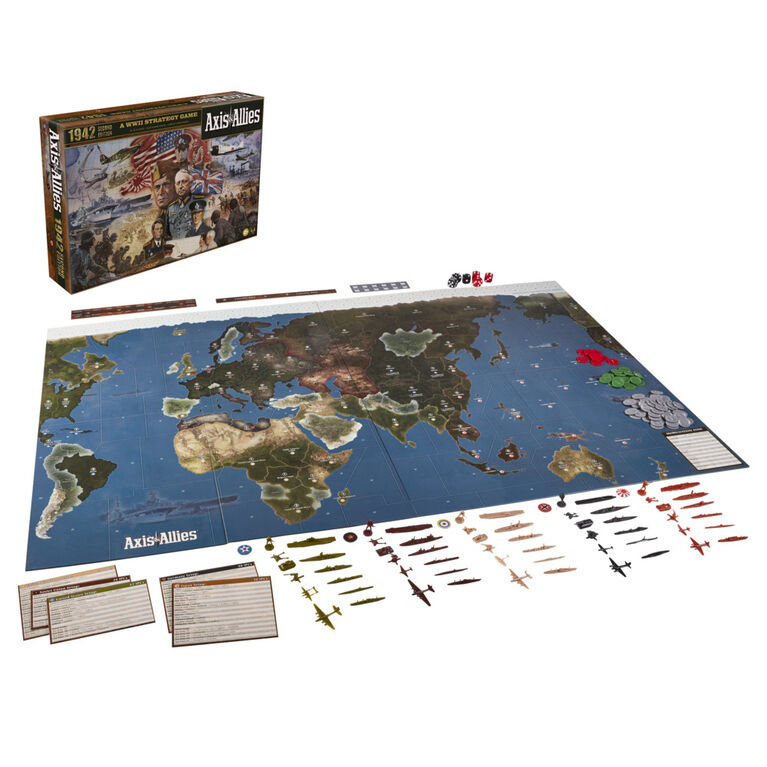 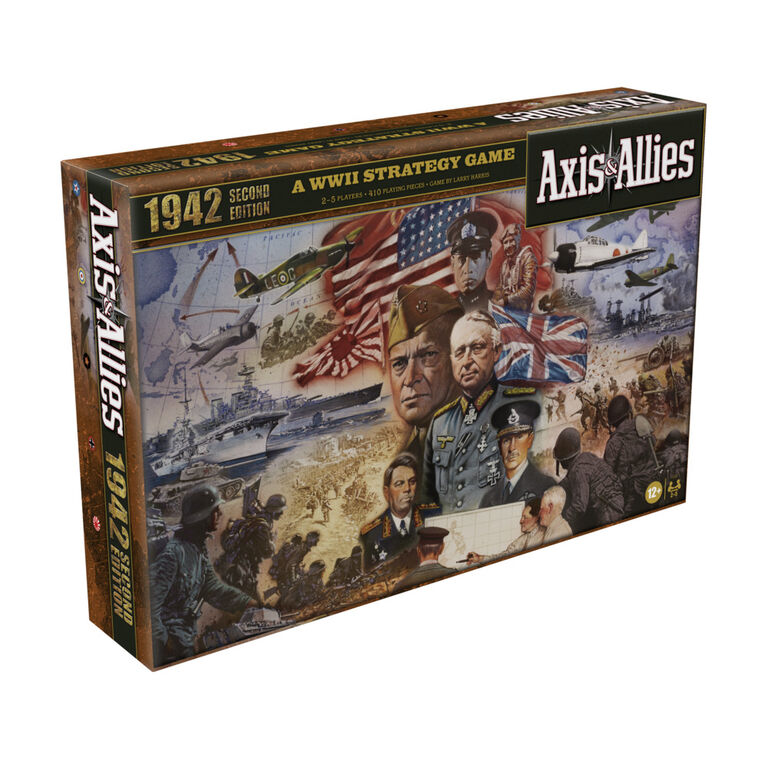 
This strategy World War II board game is set in 1942, the historical high-water mark of Axis expansion. Controlling one of the Axis or Allied powers, you will command both your country's military forces and its wartime economy, with the chance to plan attacks, marshal forces into embattled territories, and resolve conflicts. Victory will go to the side that conquers its opponents on the field of battle and liberates or occupies the greatest cities of the world. This second edition of the Avalon Hill Axis and Allies 1942 board game features an Antiaircraft Artillery combat unit and sculpts including UK artillery, submarine and destroyer units, German artillery, and a Russian submarine. The large gameboard measures 40" x 26". The tabletop board game is for 2-5 players, and playtime is about 4 hours.