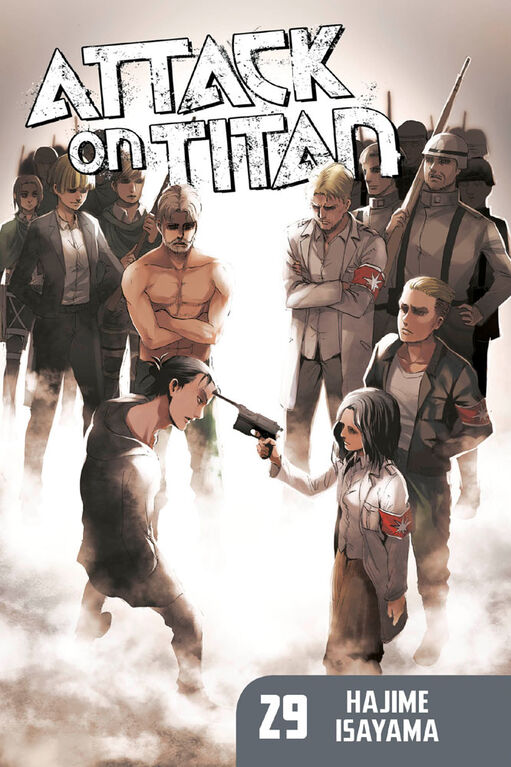 WITHIN THE HOLLOW CROWN

As a Marleyan invasion dangles like a guillotine blade over the island of Paradis, allies have become enemies, and former friends are at each other's throats. The Yeagerists are in all-out revolt, fighting to dismantle military rule before the potential for world war explodes into certain doom. Meanwhile, deep in the forest, the sides' most ruthless, fanatical killers are locked in single combat, but triumph is elusive where Titans are involved...