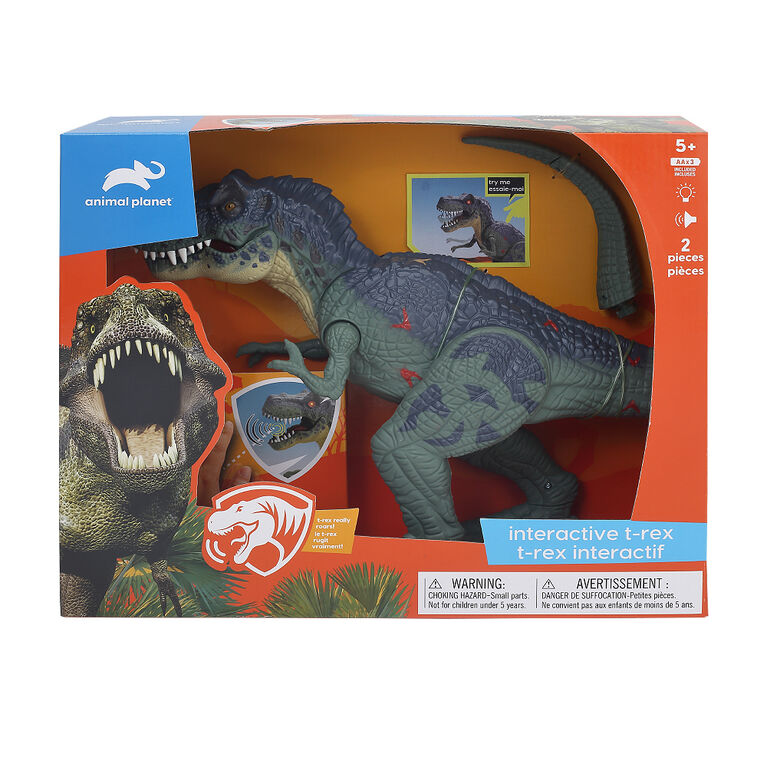 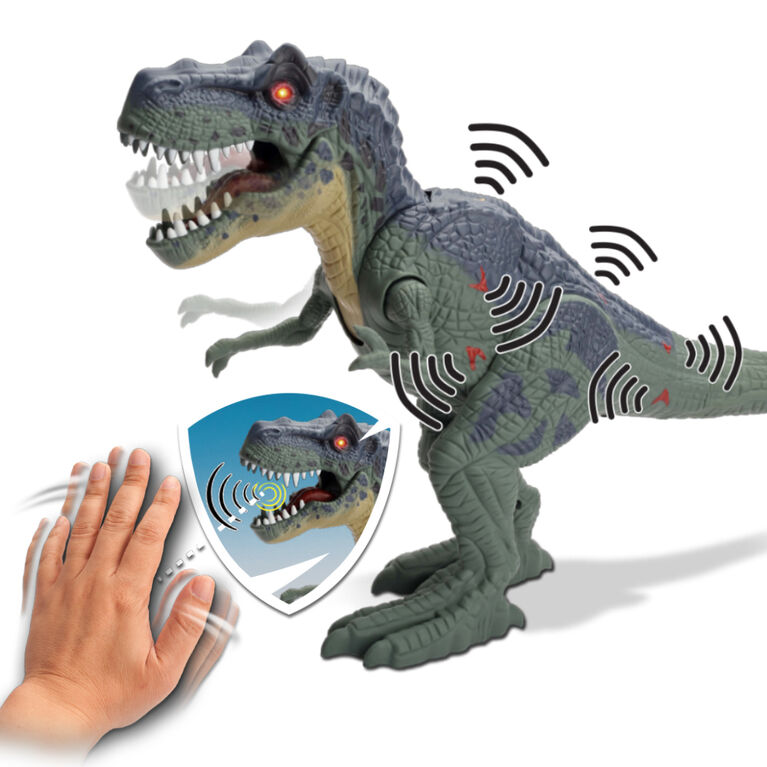 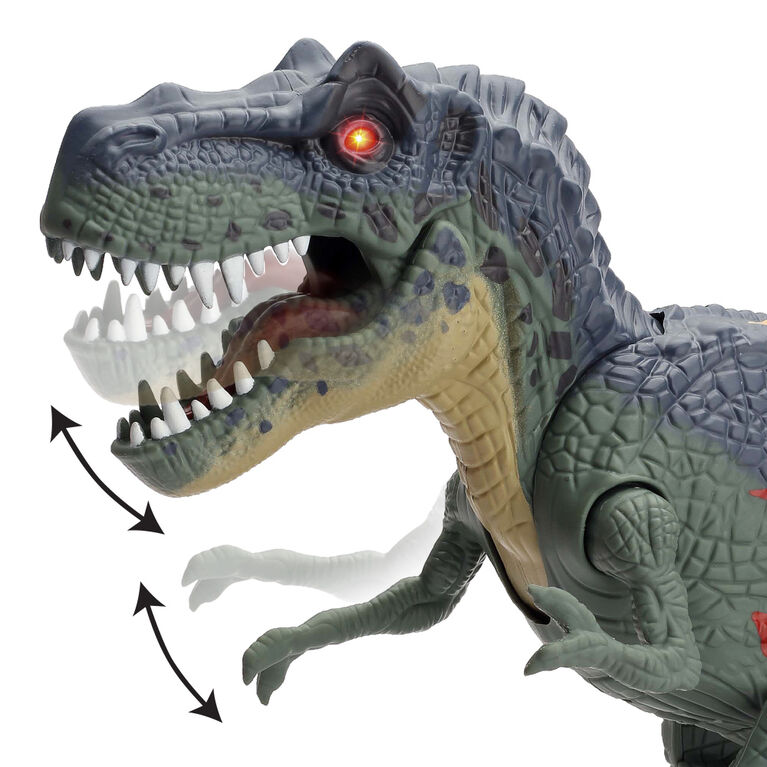 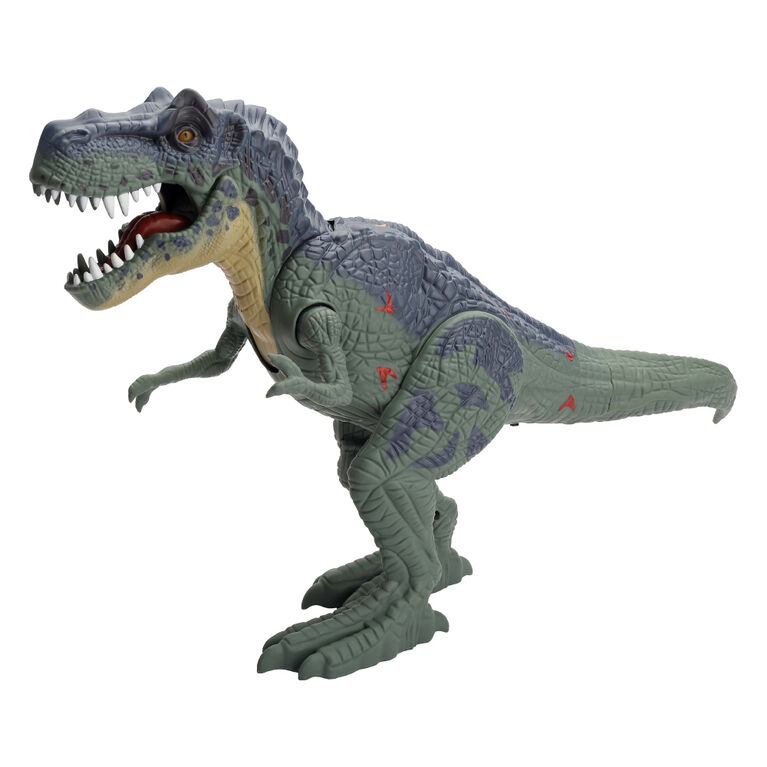 Pinch to zoom
He growls, he roars, he stomps and snarls! Just touch his belly, back or tail, and he comes to life ready to stalk his prey. The mighty tyrannosaurus rex was the tyrant lizard king of the prehistoric world. Reaching almost 40 feet in length and weighing in at up to eight tons, he could seize his prey in his small but mighty arms with ease. Looks like he sees lunch! Roarrrrrr!