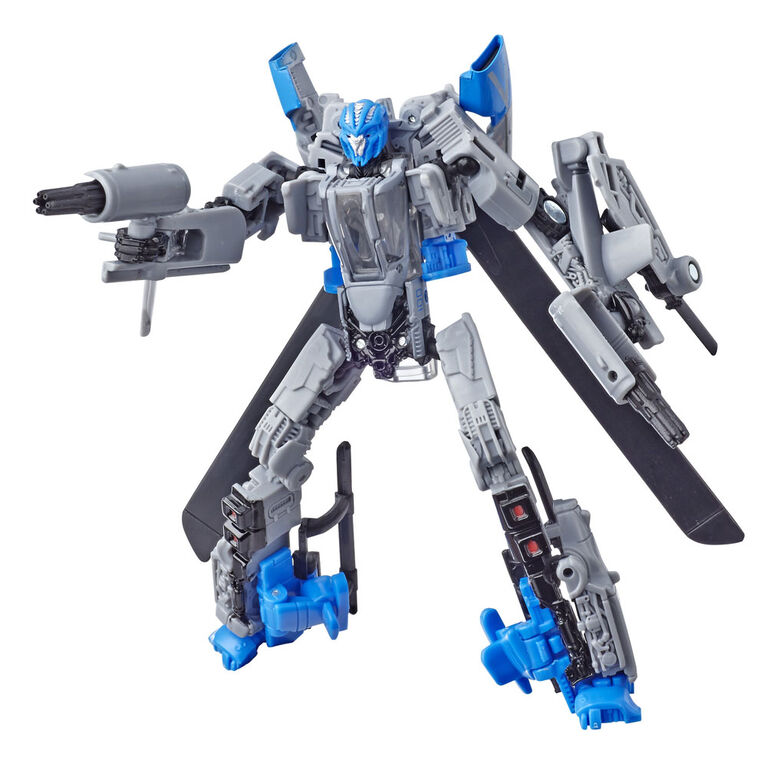 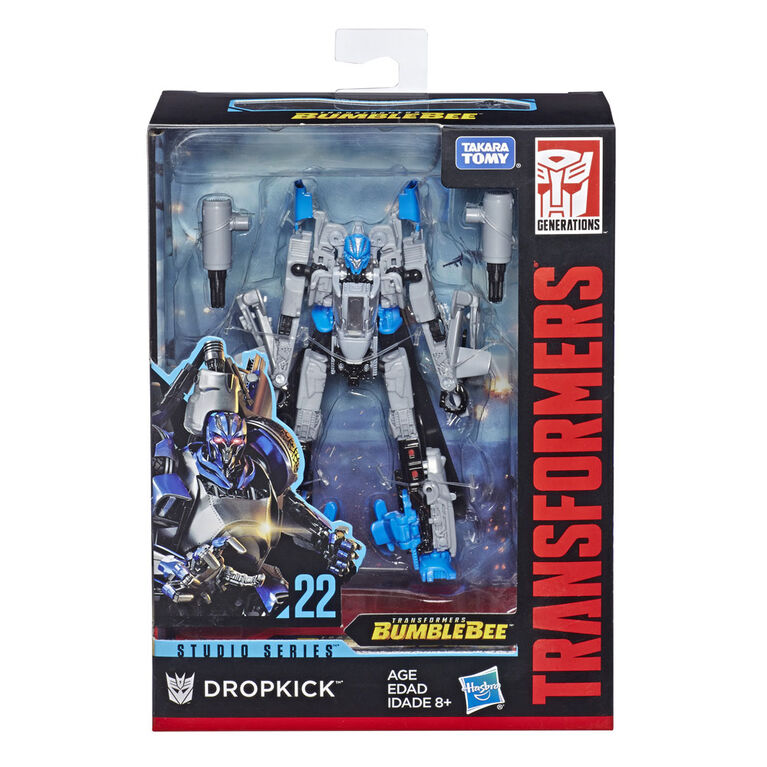 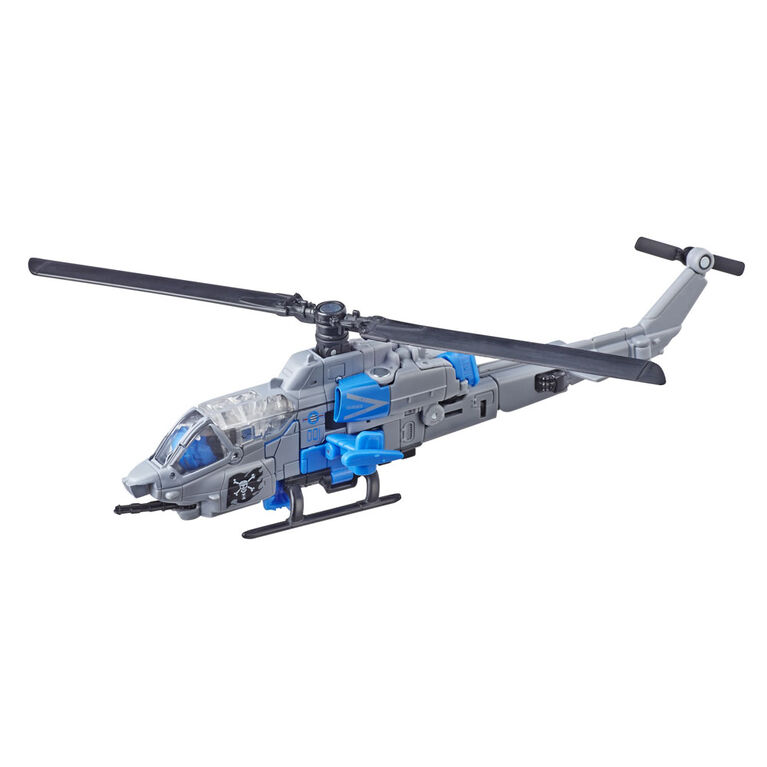 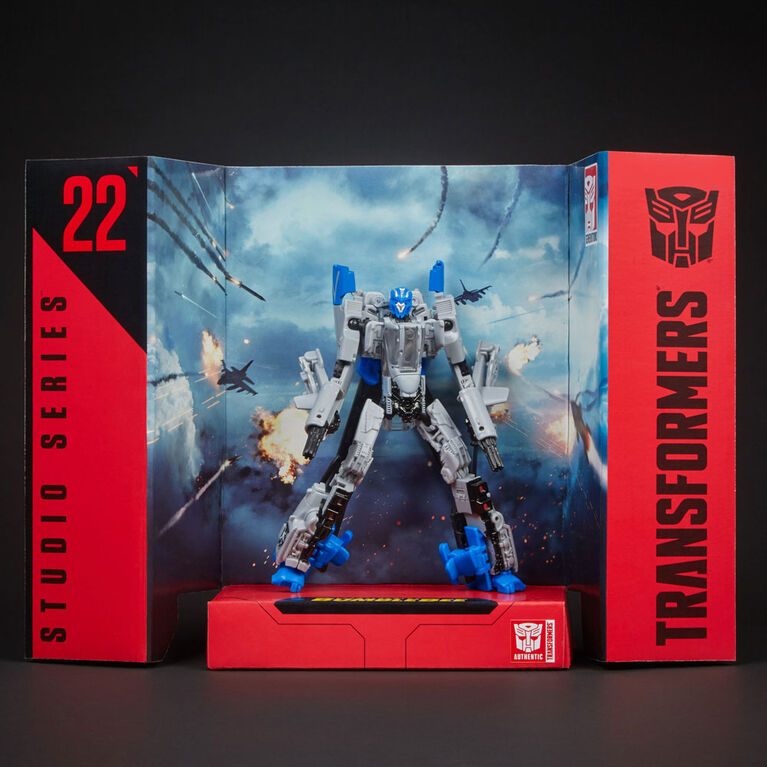 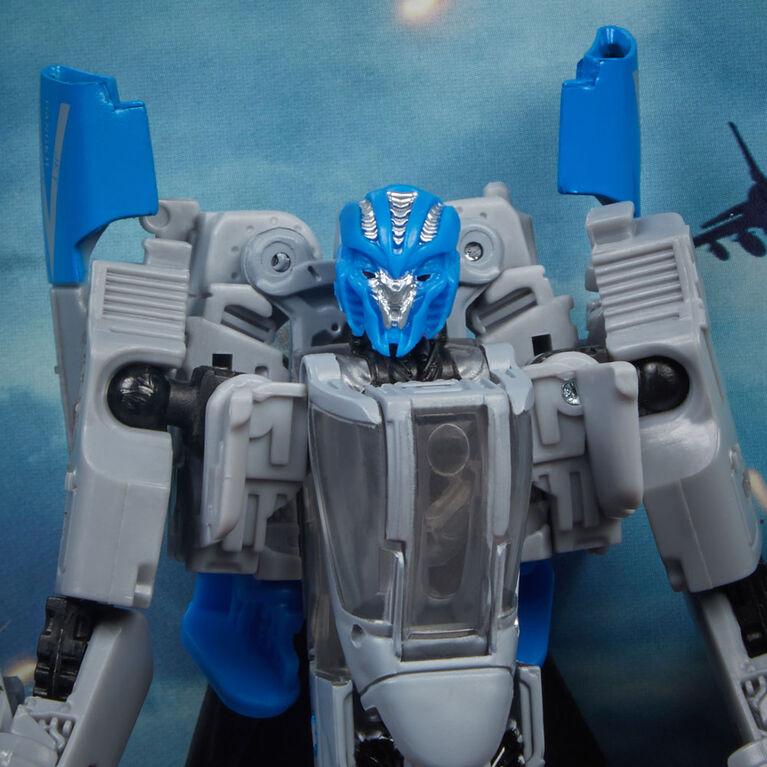 In the Autobot Pursuit scene from Transformers: Bumblebee, Dropkick detects the signal of a high-level Autobot criminal and prepares to close in on his target.

Bell AH-1W SuperCobra is a trademark of Textron Innovations Inc. used under license to Hasbro, Inc.
Transformers and all related characters are trademarks of Hasbro.