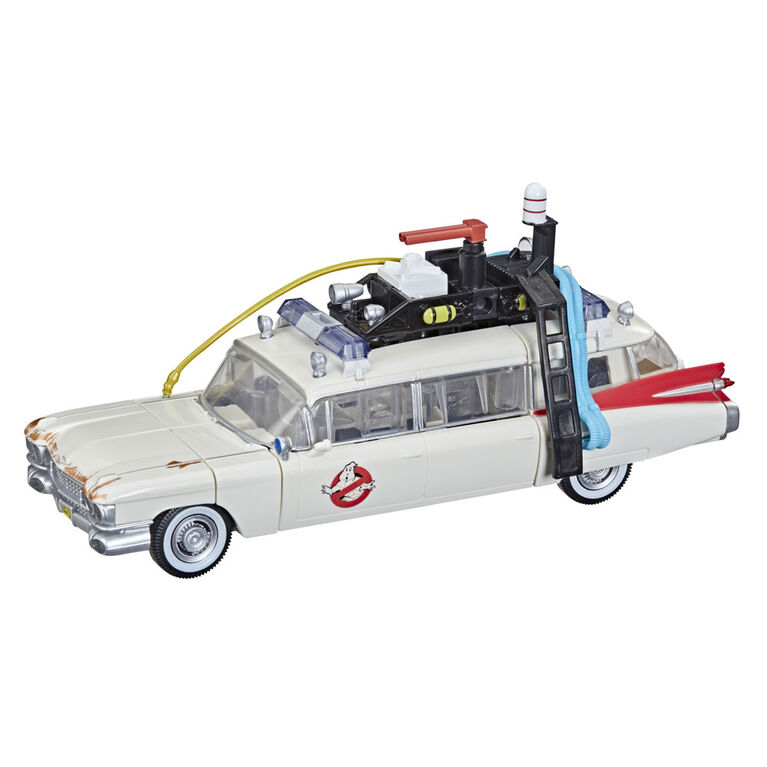 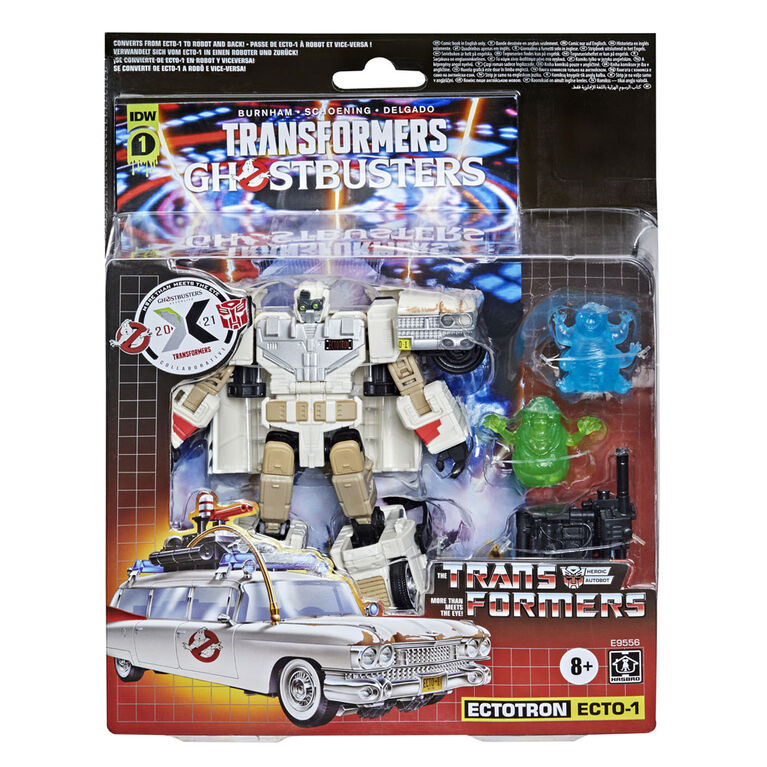 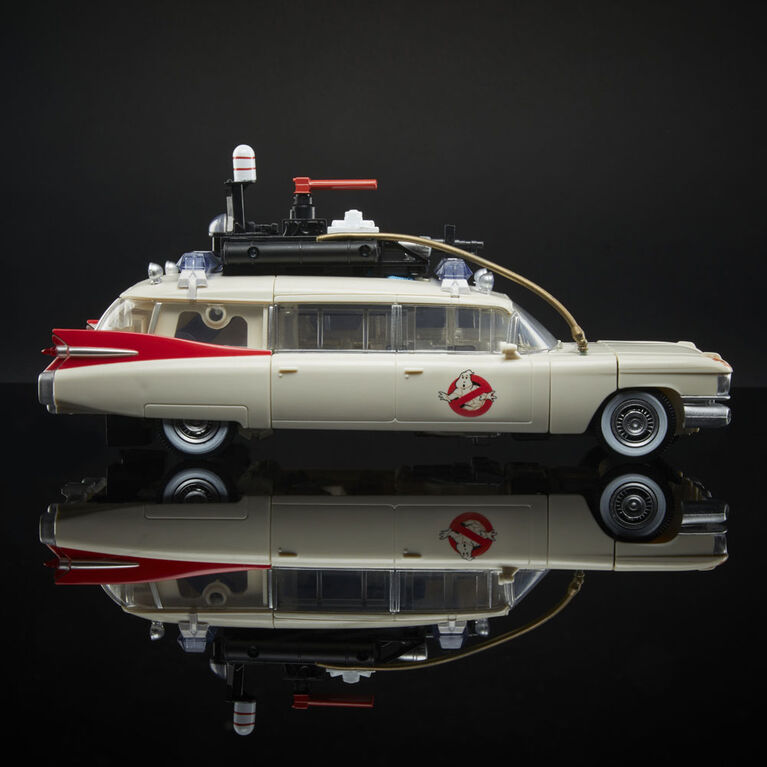 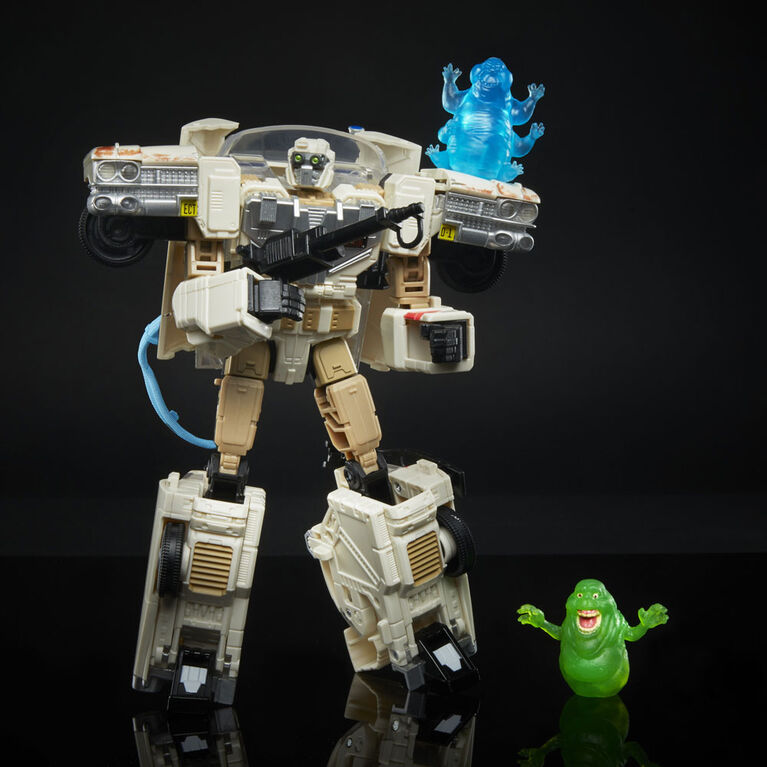 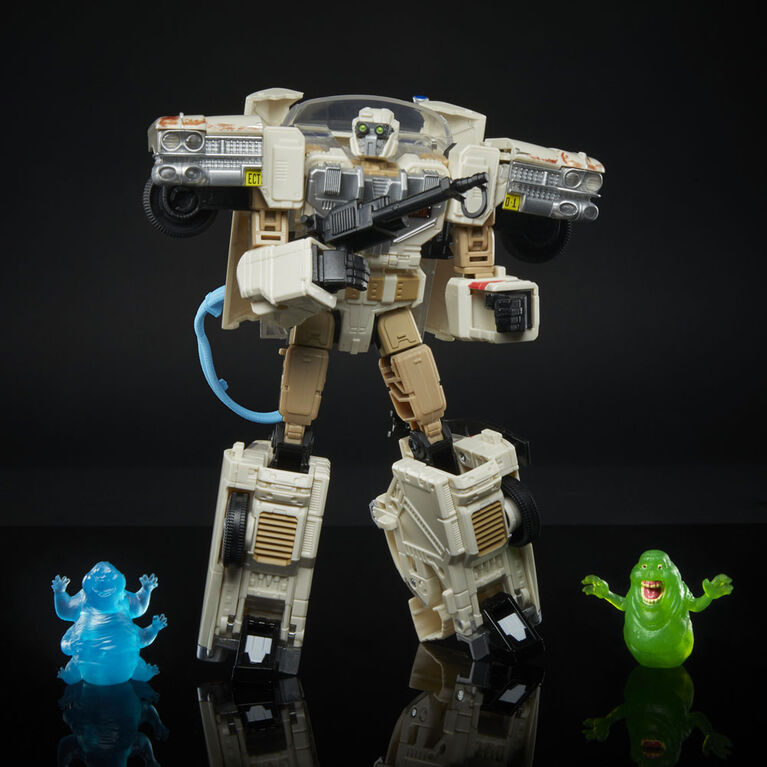 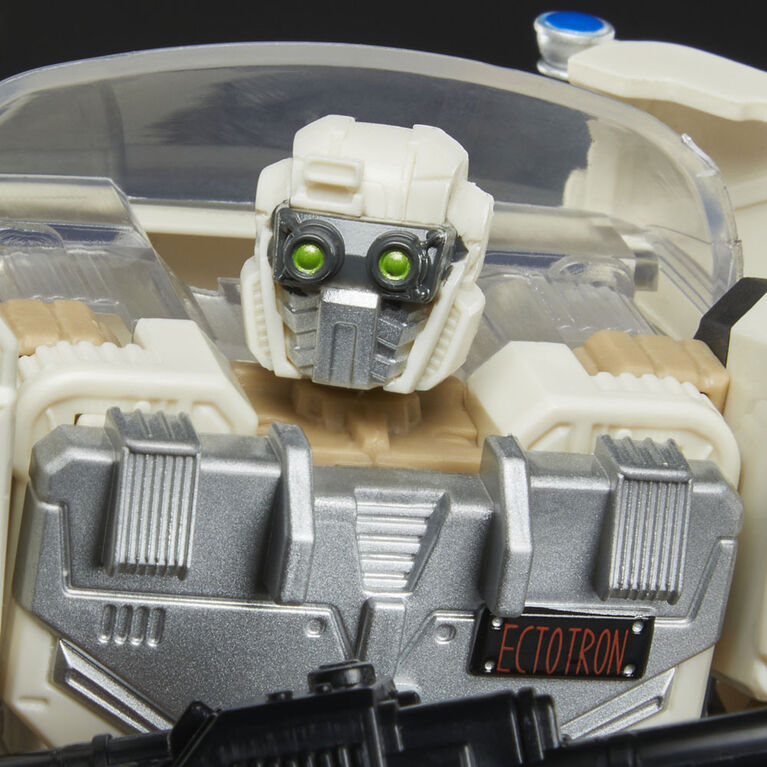 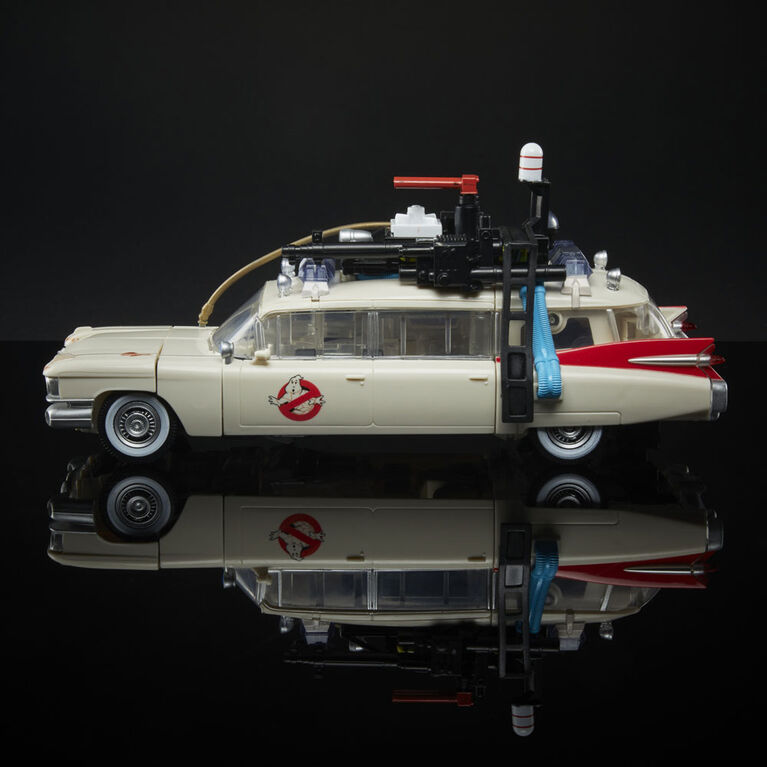 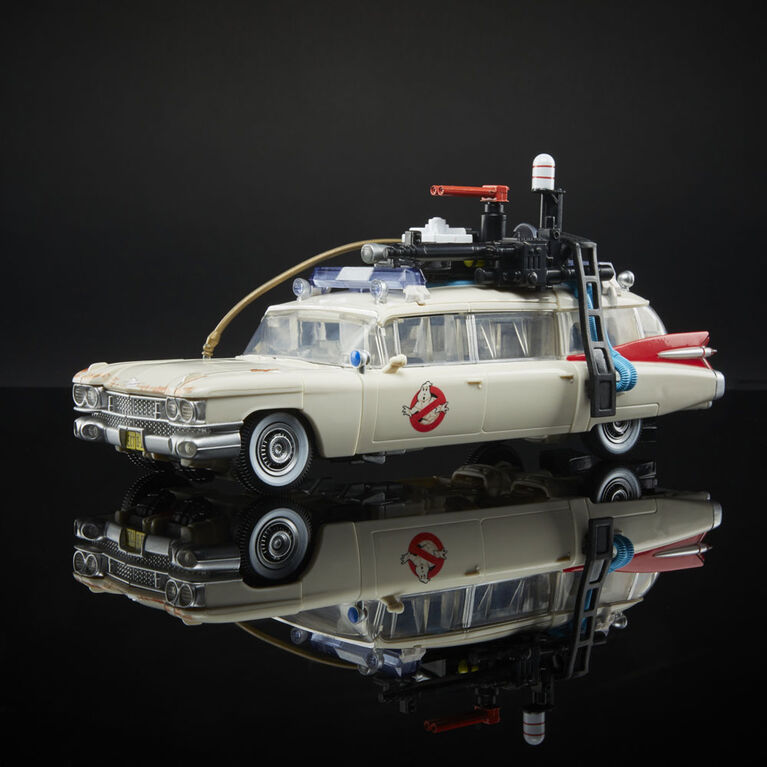 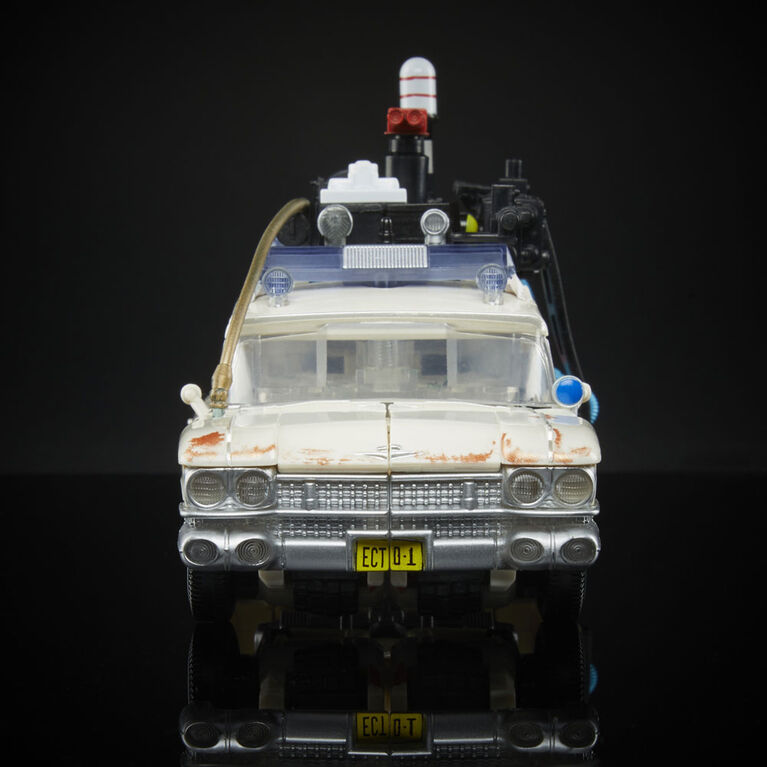 The iconic Ecto-1 Cadillac from the Ghostbusters: Afterlife movie is now a Transformers robot called Ectotron! The Ectotron figure converts between Ecto-1 and robot modes in 22 steps, and comes with a Proton Pack and Blaster accessories, Slimer and Muncher ghost figures, and issue number 1 of the Transformers Ghostbusters Ghosts of Cybertron comic book from IDW Publishing, featuring an exclusive cover. The figure also features an updated head sculpt inspired by Ghostbusters: Afterlife.

Warning: Choking Hazard - Small parts. Not for children under 3 years.