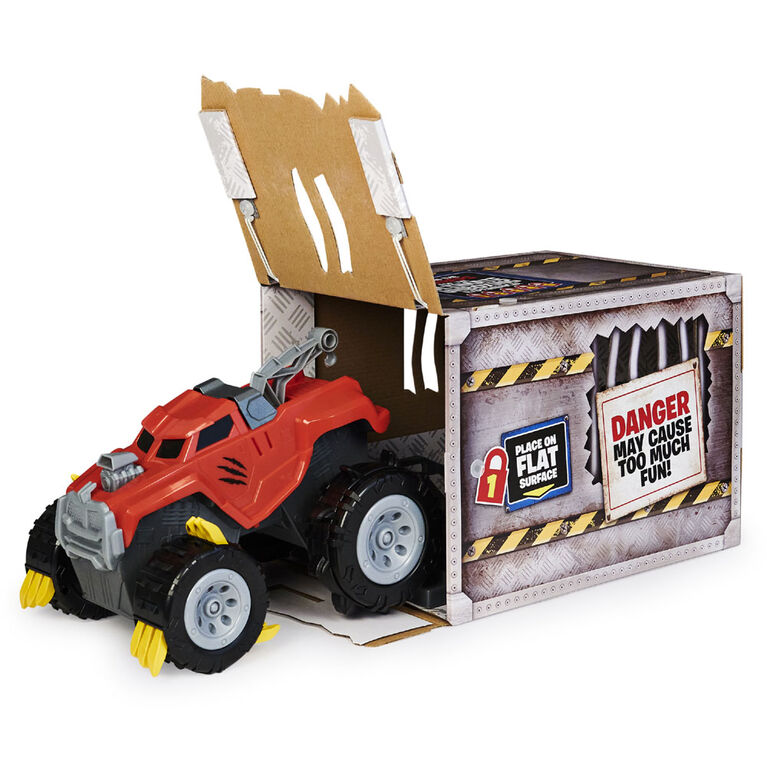 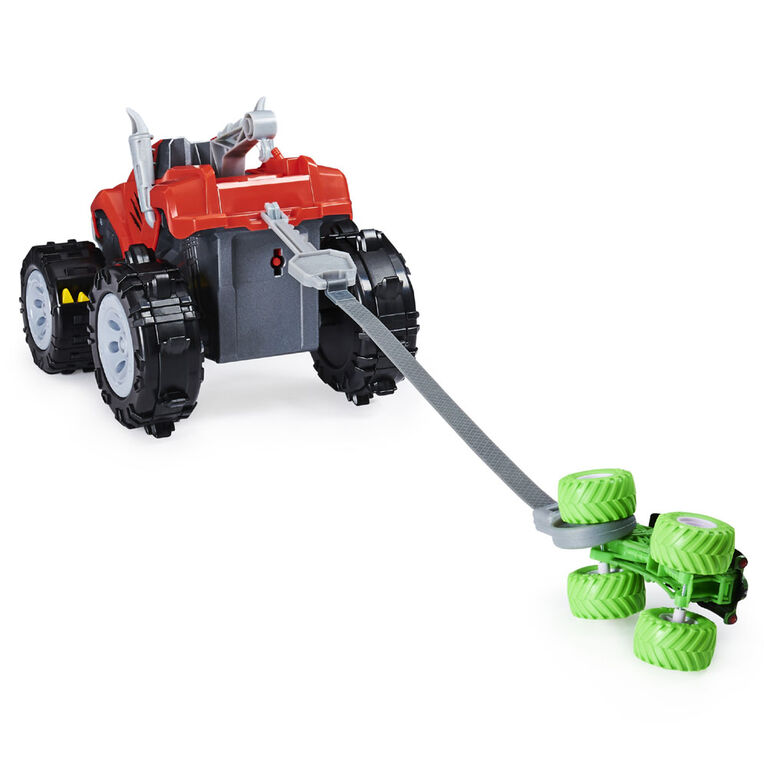 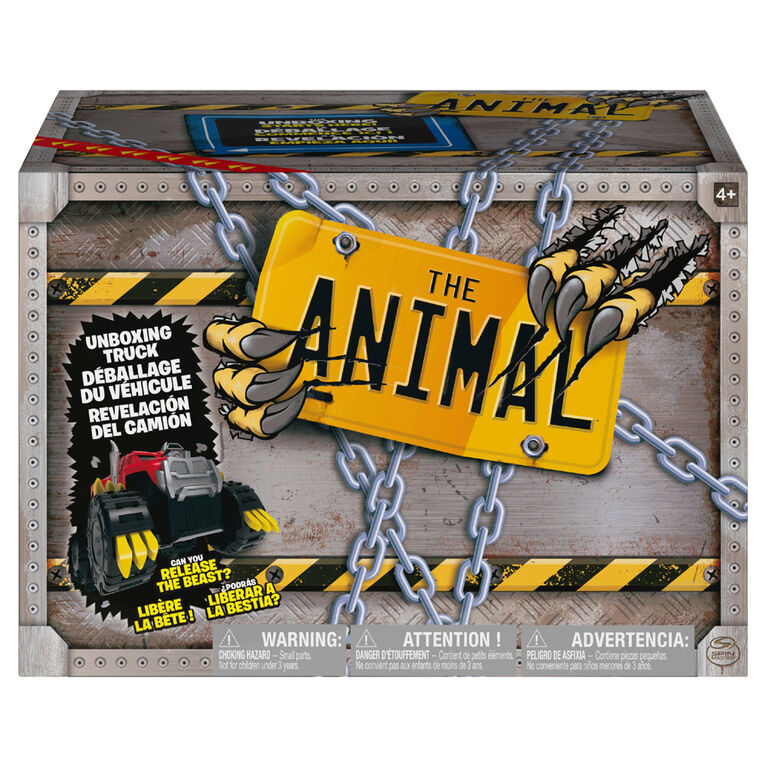 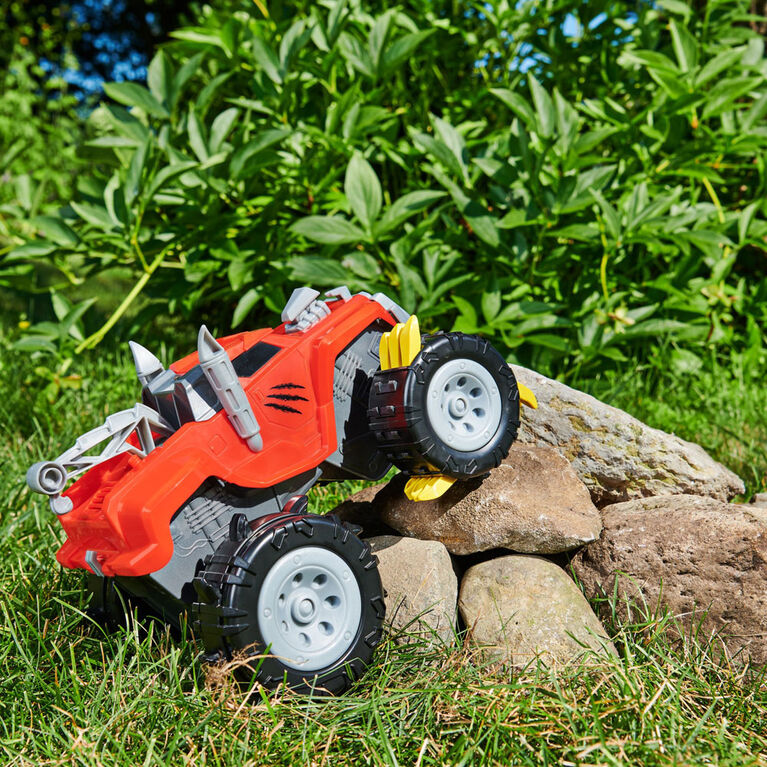 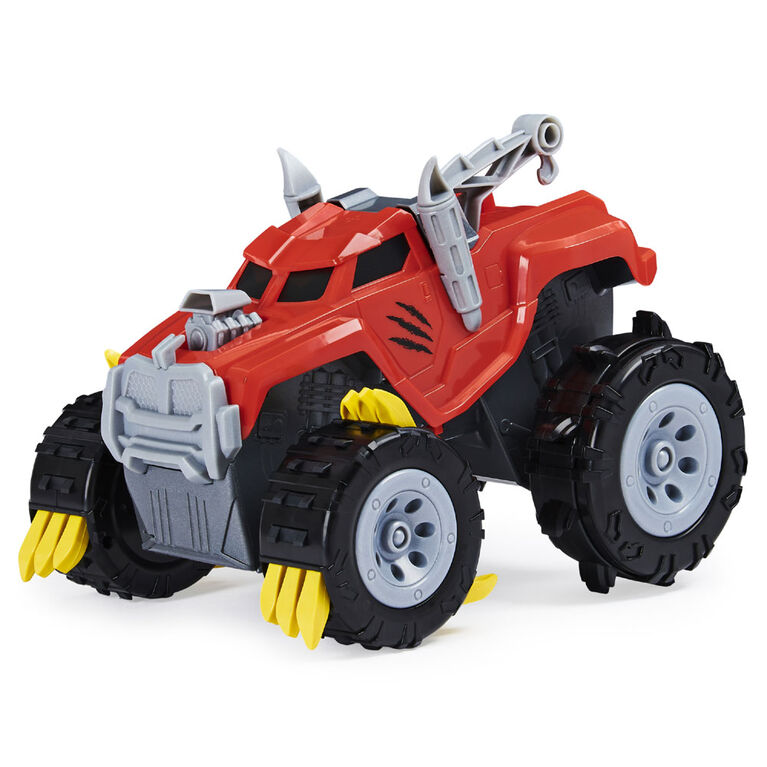 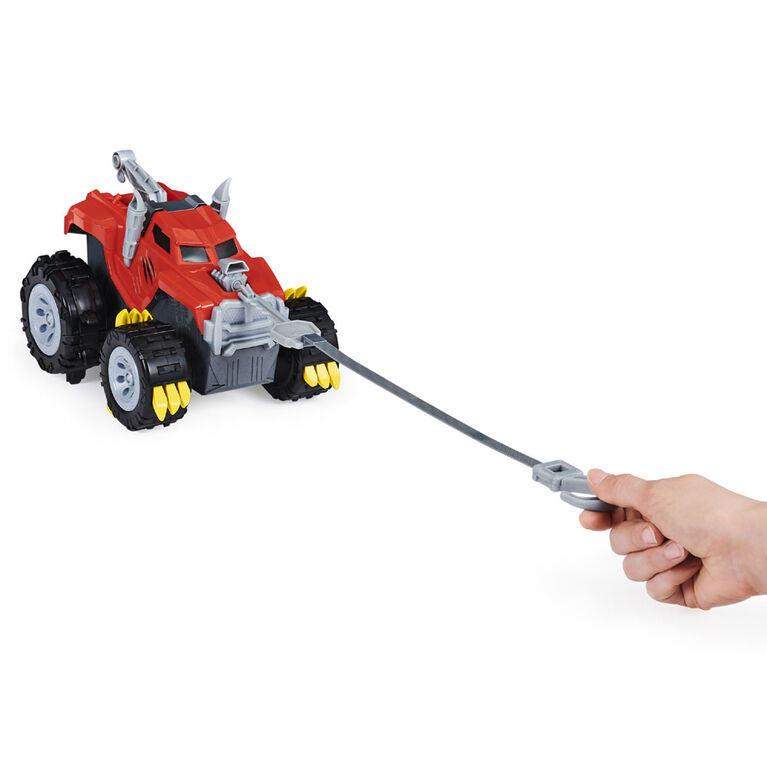 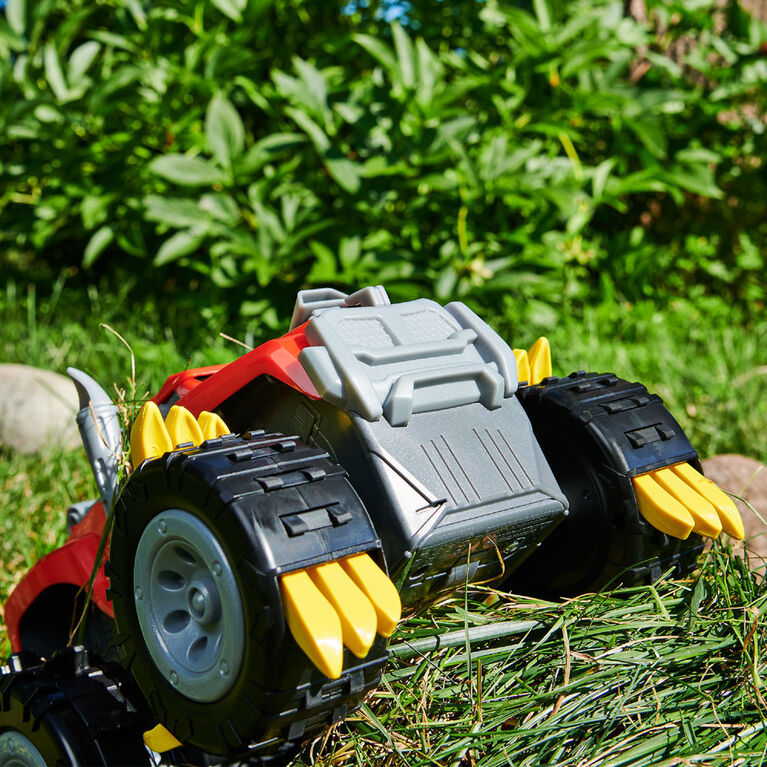 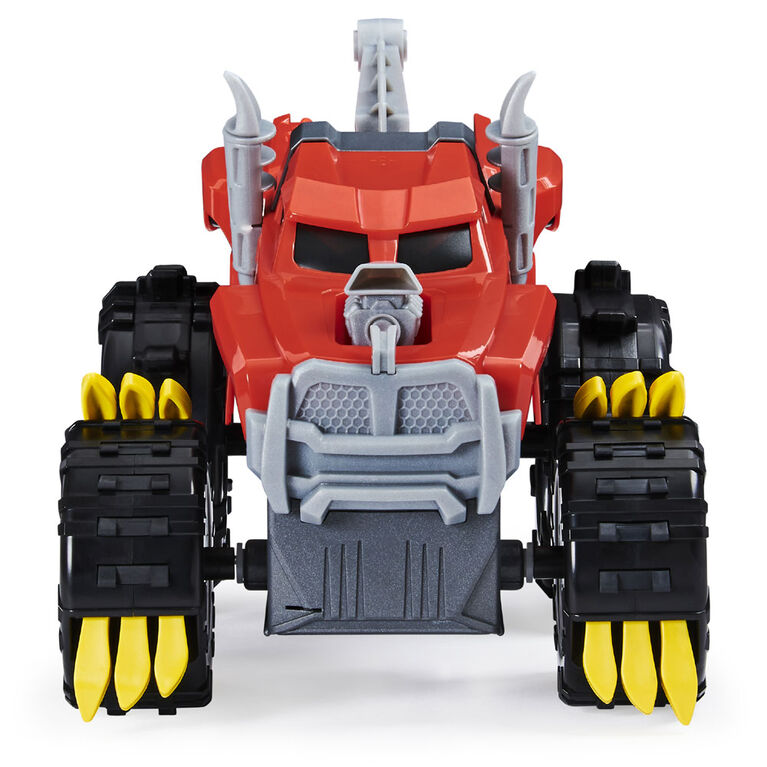 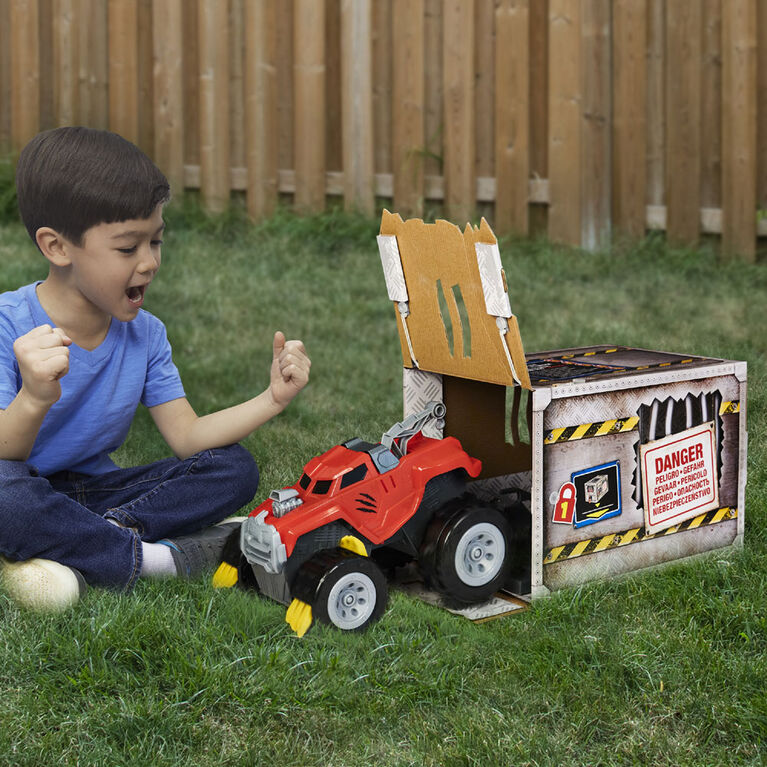 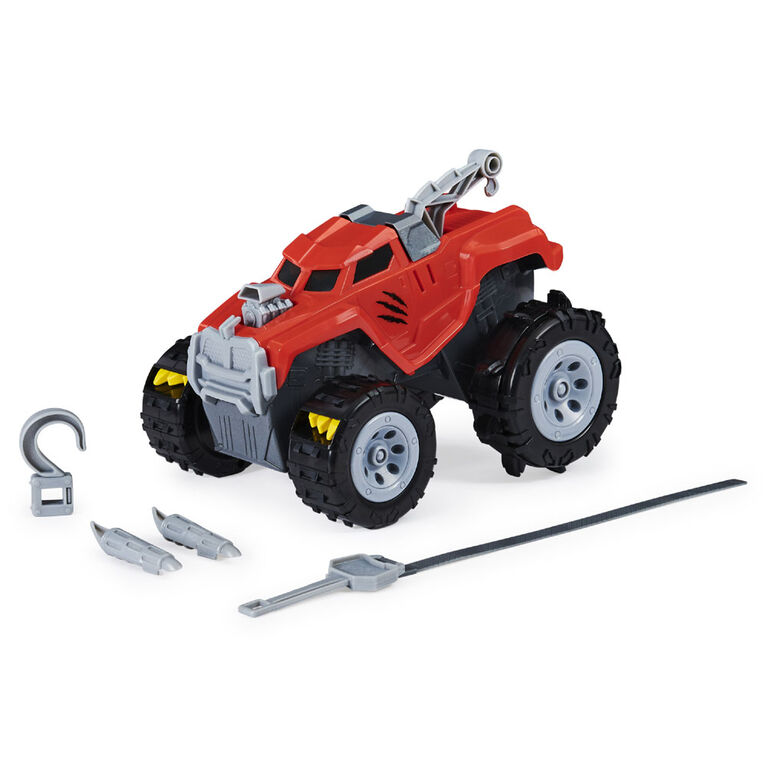 The Animal, Interactive Unboxing Toy Truck with Retractable Claws and Lights and Sounds

The Animal, Interactive Unboxing Toy Truck with Retractable Claws and Lights and Sounds

Can you release the beast? The Animal is a powerful interactive truck that breaks out of its own package! The ultimate unboxing experience begins when you tear off the outer layer of the package and pull the tab to reveal the key. Unlock the crate and awaken The Animal inside! It's up to you to make The Animal angry enough to claw out. Yell and it will roar back! Knock and it will knock back - The Animal is listening! Continue to knock and yell and watch the crate start to shake back and forth as The Animal comes alive with glowing eyes and sounds! Aggravate The Animal until it transforms from powerful 4X4 truck to beast, clawing its way out of the crate! Once The Animal unboxes, it's ready for clawing and climbing action. Retractable claws hidden in the wheels allow The Animal to claw and climb over obstacles and power over different terrains! Challenge The Animal to claw its way over objects up to 3 inches tall! Out of the crate, The Animal is easy to use. Switch the throttle to forward or reverse position and push the motor down to watch it move! To make The Animal stop, simply push the motor again or push the tow lever. For more fun ways to play with The Animal, use the included tow strap to pull another toy, or switch to reverse and test The Animal's strength with a game of tug of war! Discover all the ways The Animal will interact with you. Shake your truck to make it angry, knock or yell at it to make it growl, or put The Animal on its side to see and hear it whine! Repeat the unboxing and watch The Animal claw out of its crate over and over again! The Animal is a great gift for kids aged 4 and up and can be used indoors or outdoors. The Animal is powered by 4 Duracell AA batteries (included). The Animal is the ultimate unboxing truck that can claw and climb over anything in its way - including its own box! Claw through any challenge with The Animal!