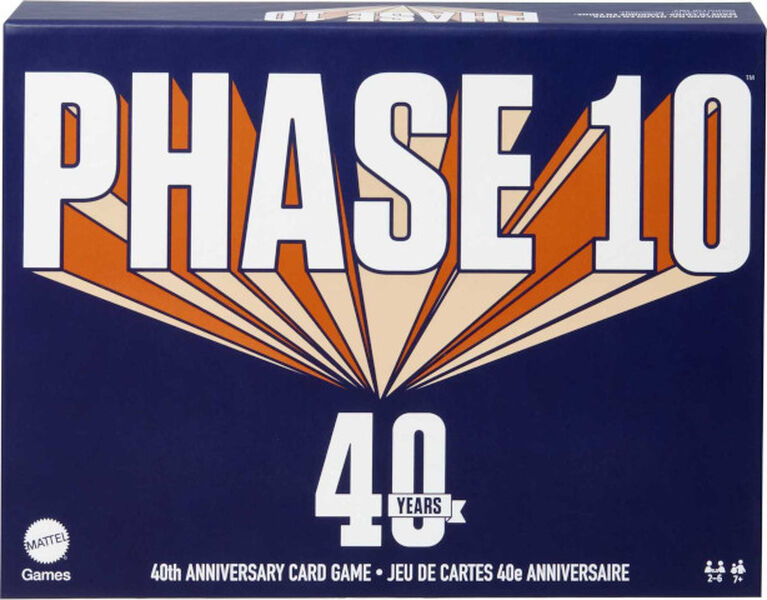 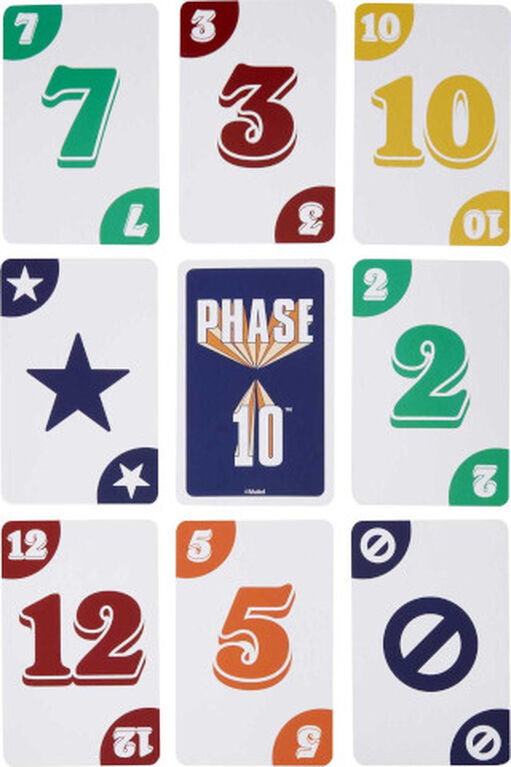 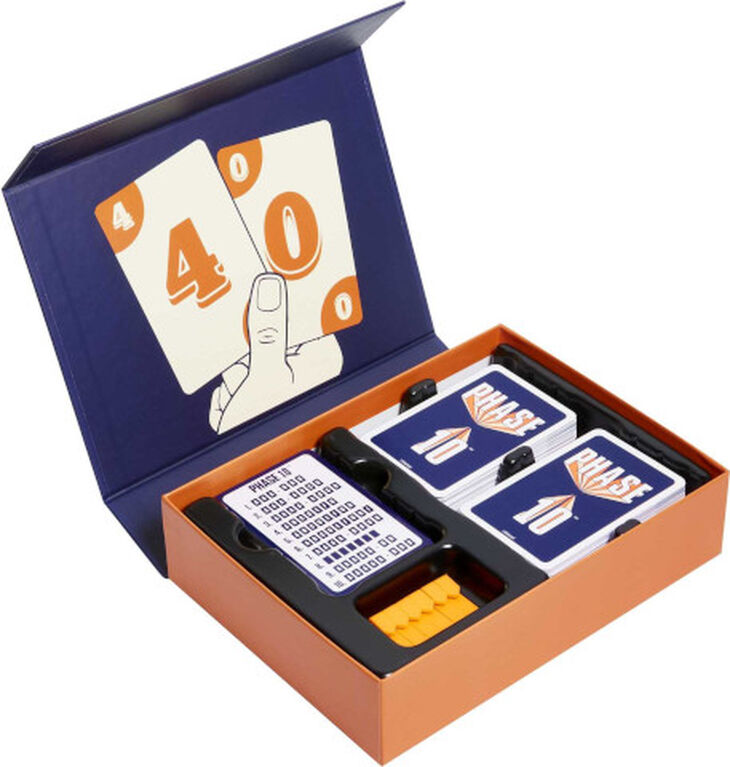 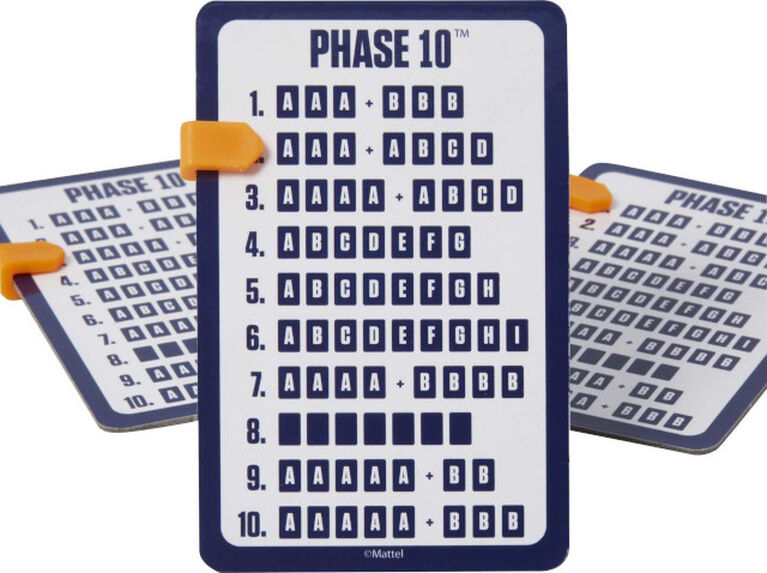 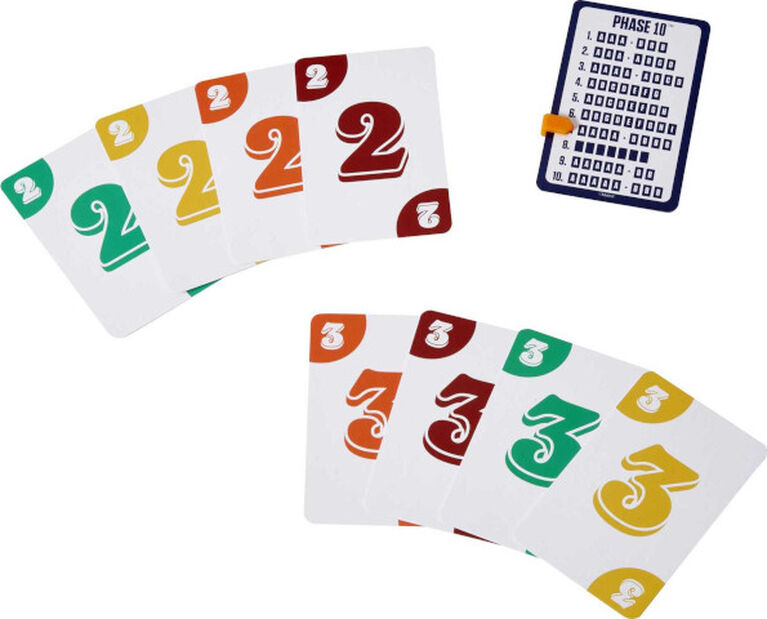 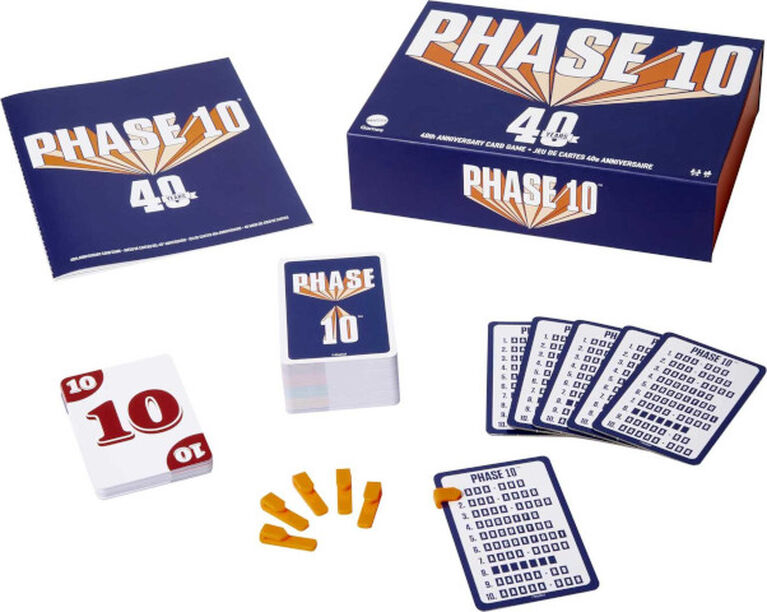 Pinch to zoom
​The Phase 10 card game is a rummy-type game with a twist, from the makers of the UNO game. This special edition celebrates the 40 YEAR ANNIVERSARY of this classic game, invented in 1982 and now played all over the world. It includes a specially-designed keepsake box and cards, as well as a letter from the game's creator, Kenneth R. Johnson. The object of the Phase 10 game is to be the first player to complete 10 varied Phases like two sets of three, one run of seven, or seven cards with the same color. The twist is that each Phase must be completed in order -- players can't advance to Phase 2 until they've completed Phase 1! The first person to complete all ten Phases wins. Colors and decorations may vary.