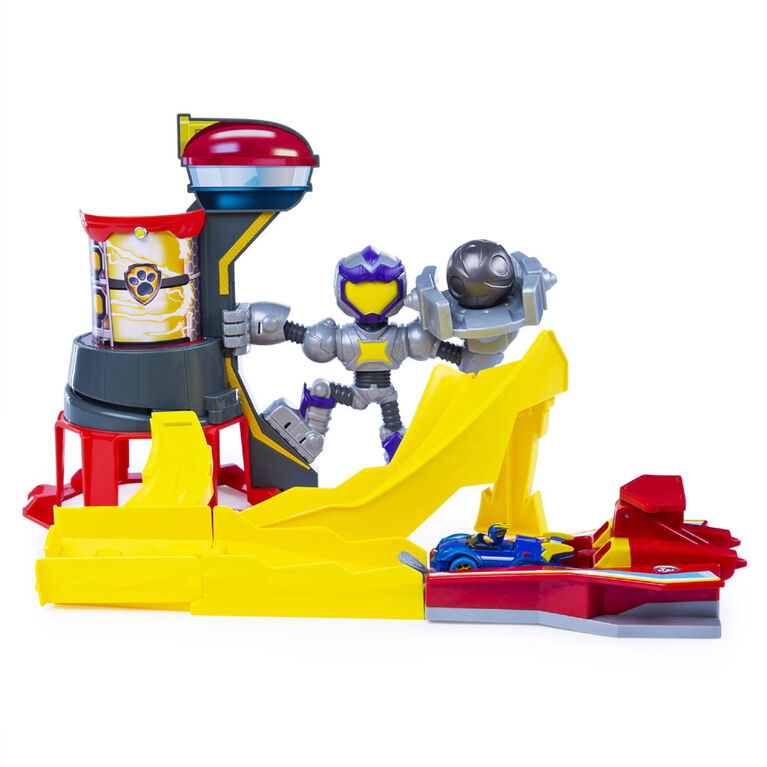 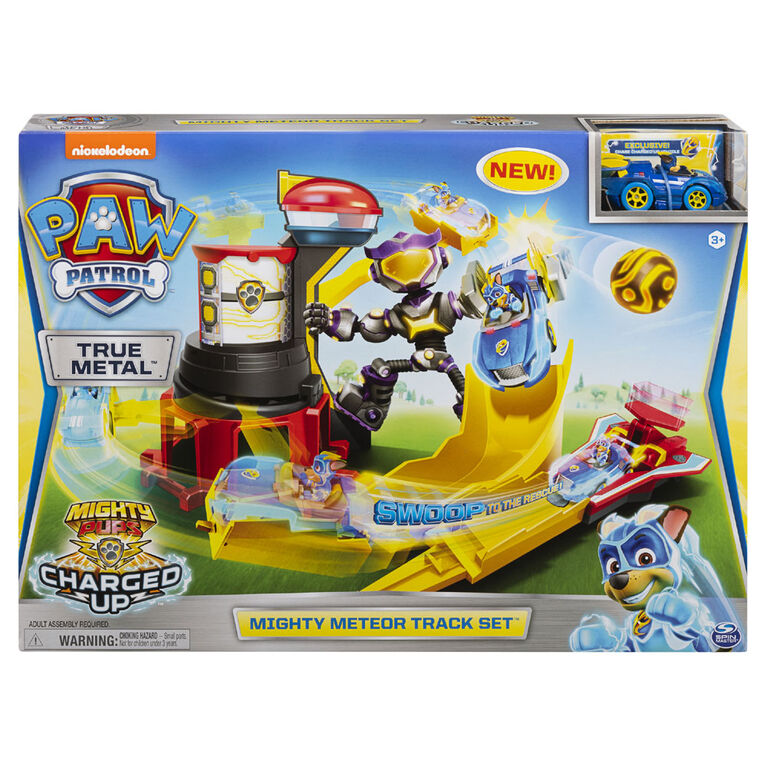 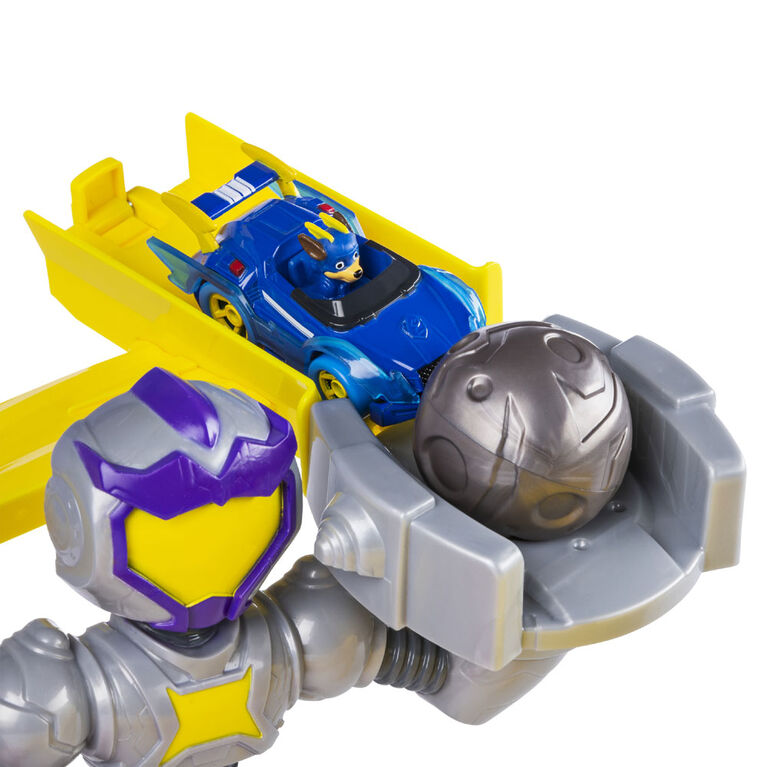 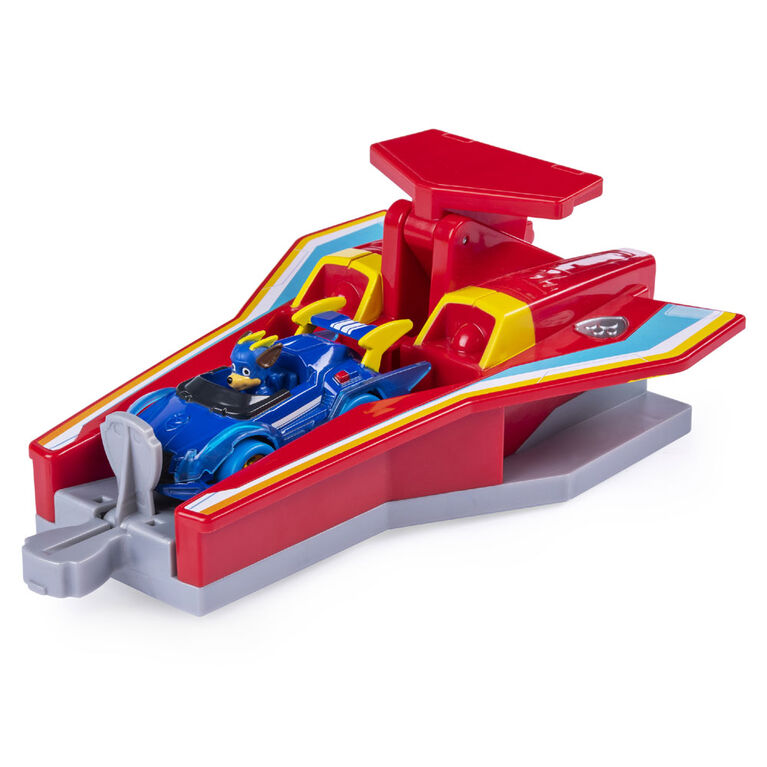 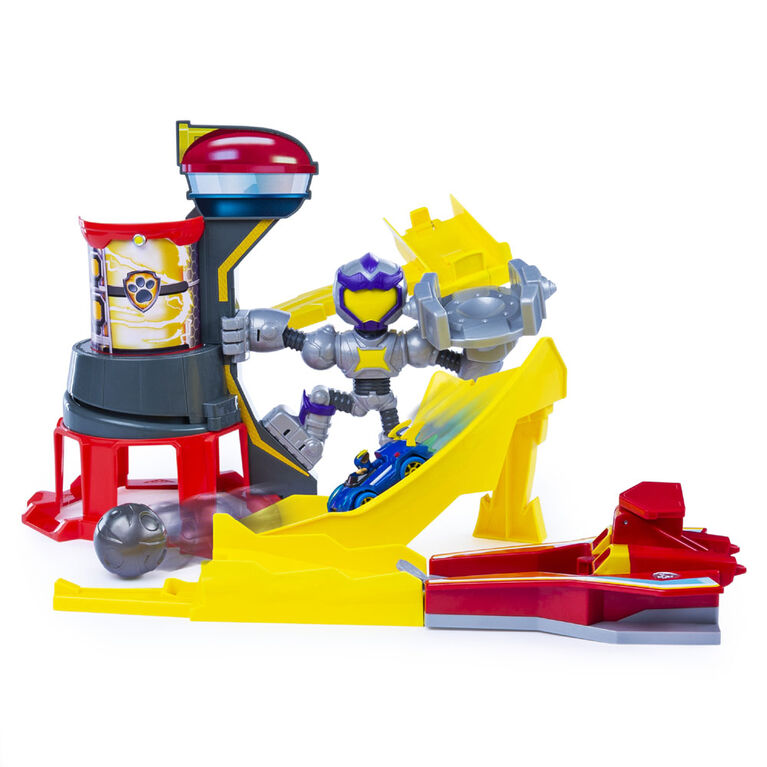 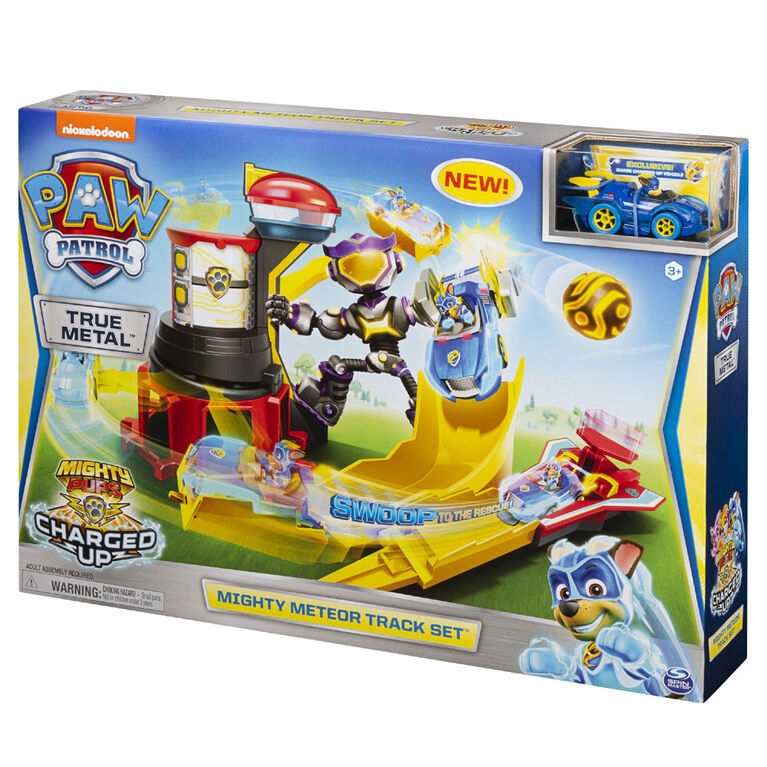 Join PAW Patrol's Chase for charged up rescues with the Charged Up True Metal Mighty Meteor Track Set! Harold Humdinger and his evil robot have stolen the Mighty Meteor and it's up to you to save it! Compatible with the 1:55 scale True Metal die-cast vehicles (each sold separately), this all-new track set includes an exclusive Charged Up Chase die-cast Vehicle, and a detachable Jet launcher to speed to the rescue. Load your True Metal Charged Up Vehicle into the Jet launcher and press the lever to send Chase swooping around the track, rescuing the meteor right out of the robot's hand! Remove the Jet launcher from the track set and soar through the skies on more charged up adventures with Chase. Store six True Metal Vehicles (each sold separately) in the base of the track's tower. Swoop to the rescue with the PAW Patrol True Metal Mighty Meteor Track Set!