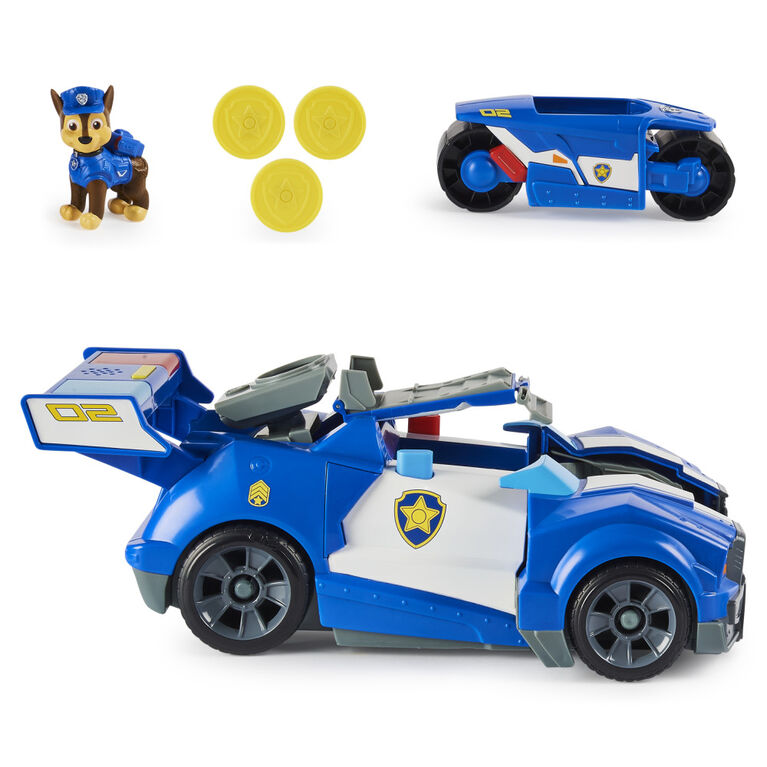 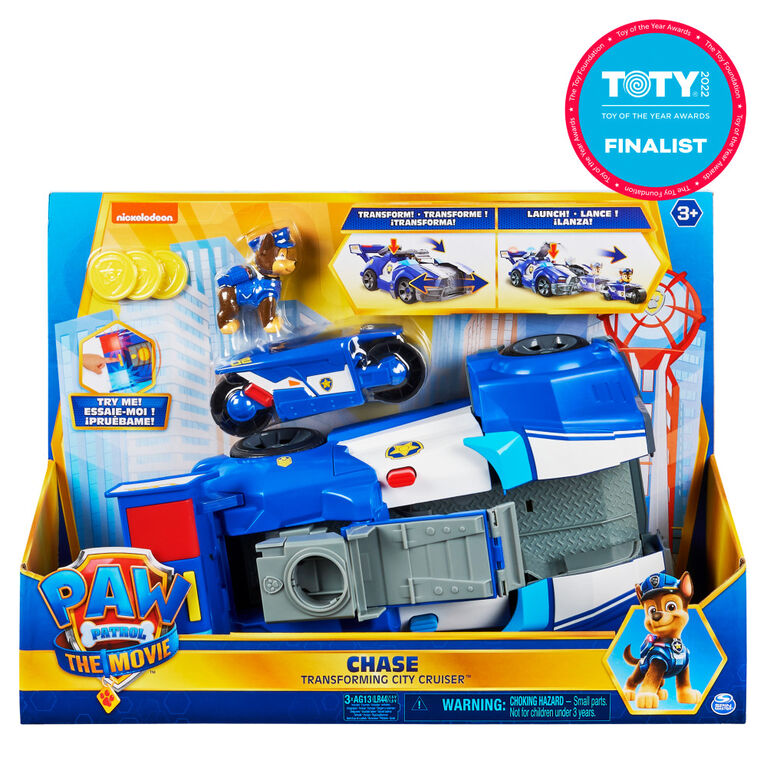 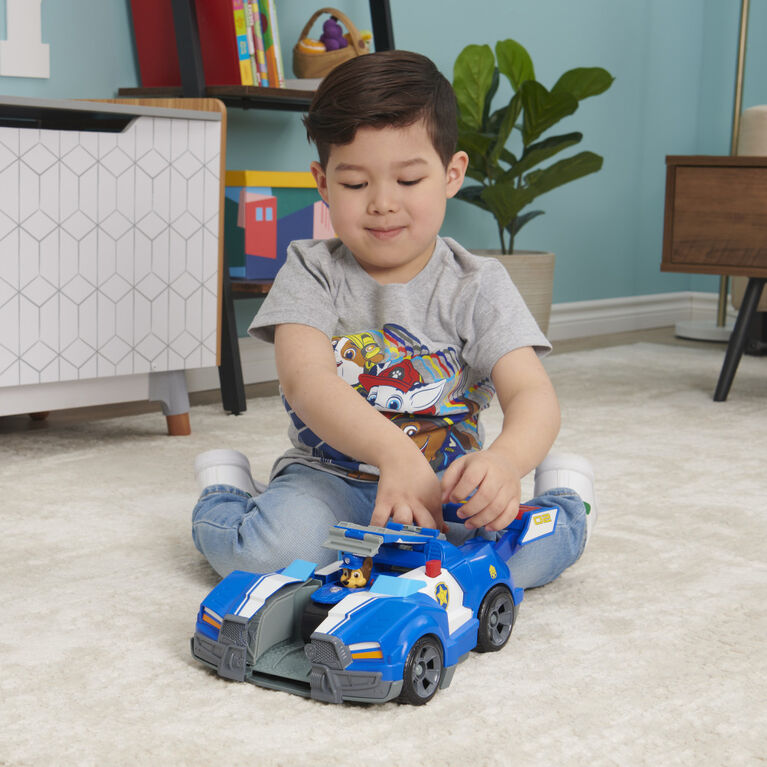 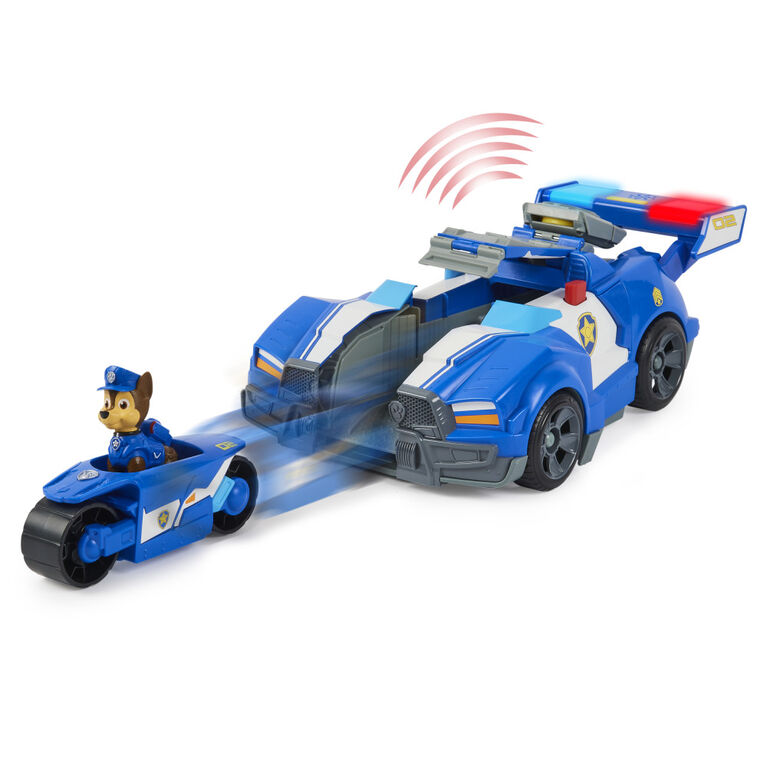 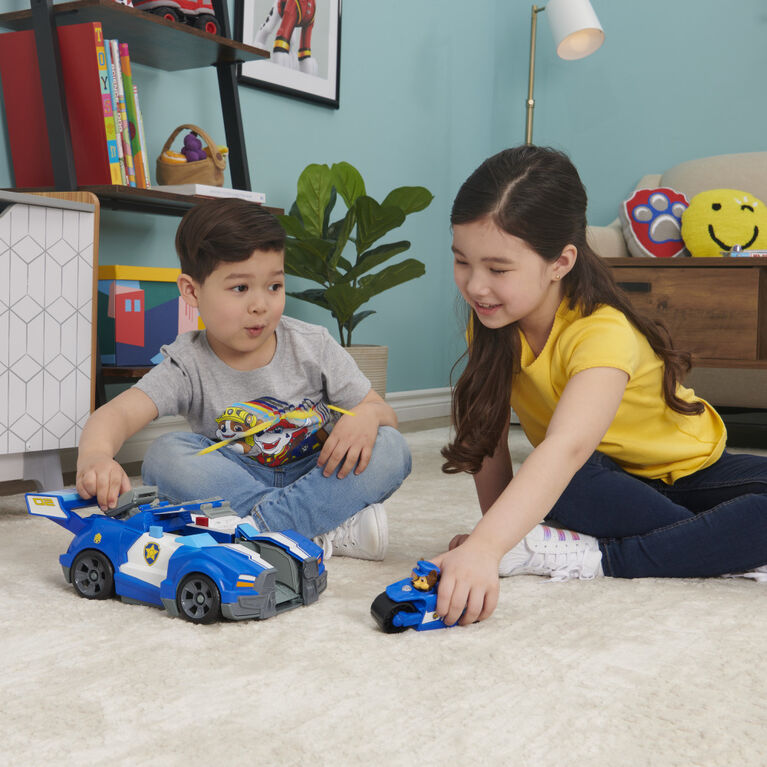 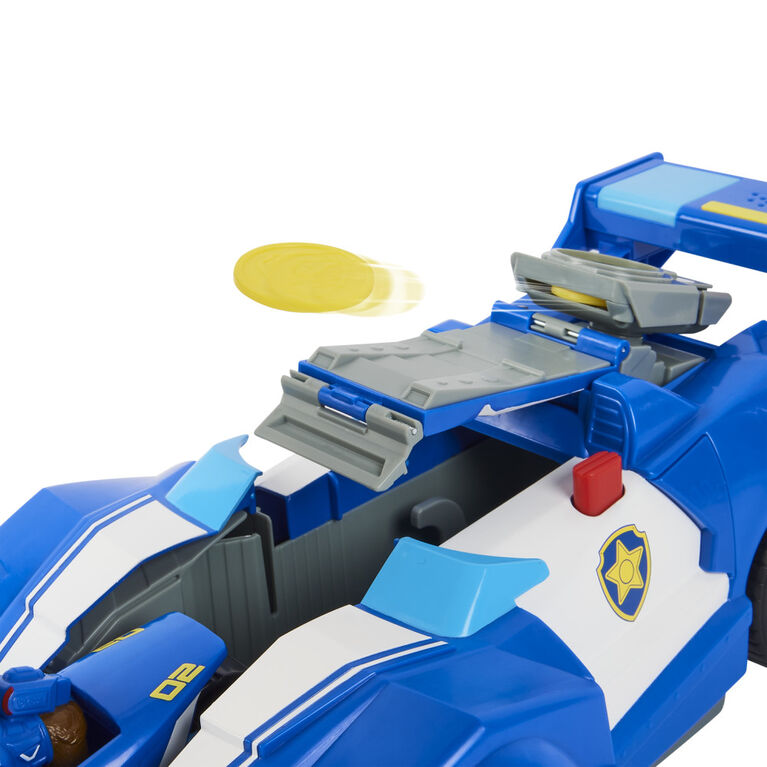 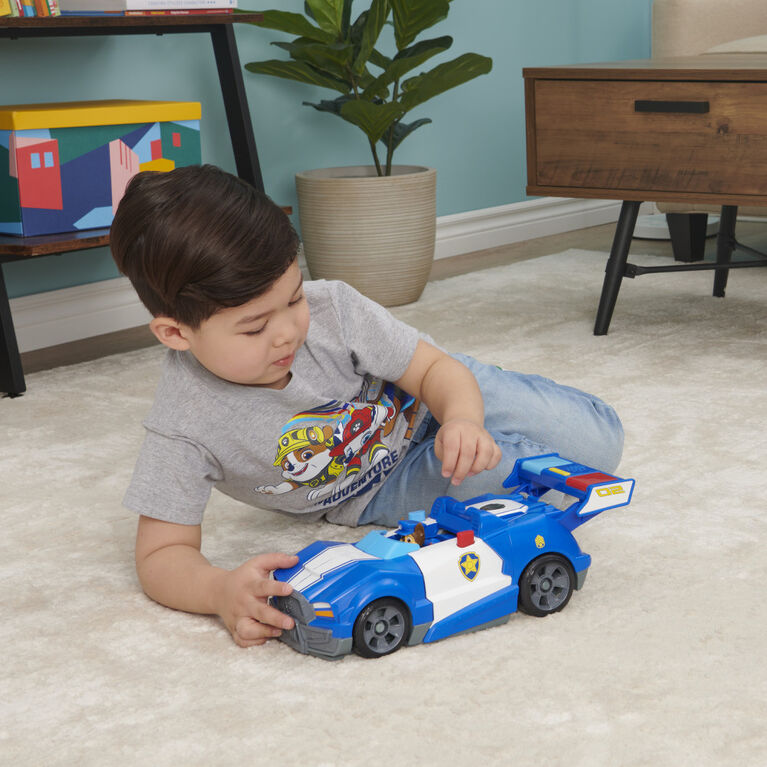 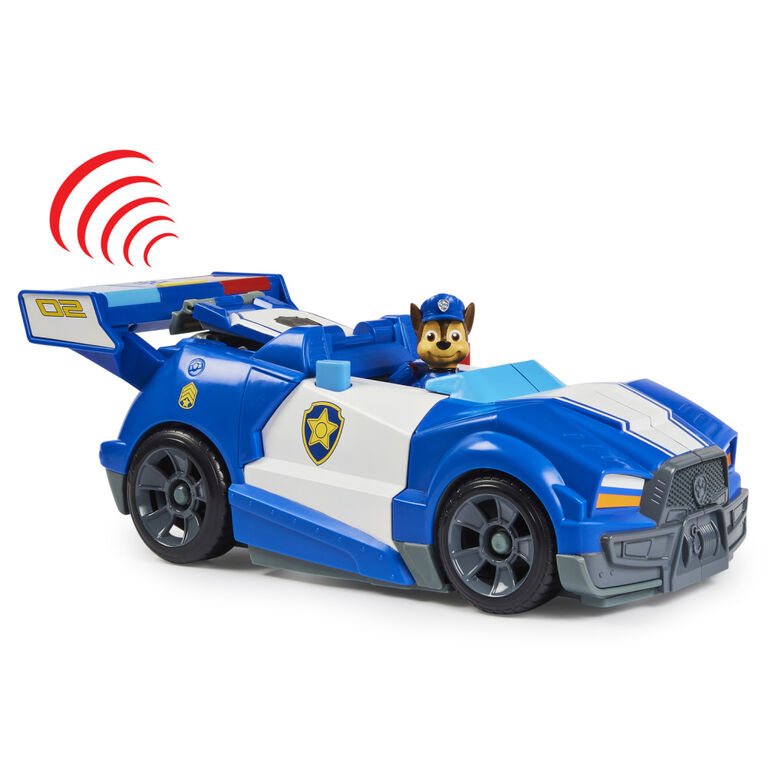 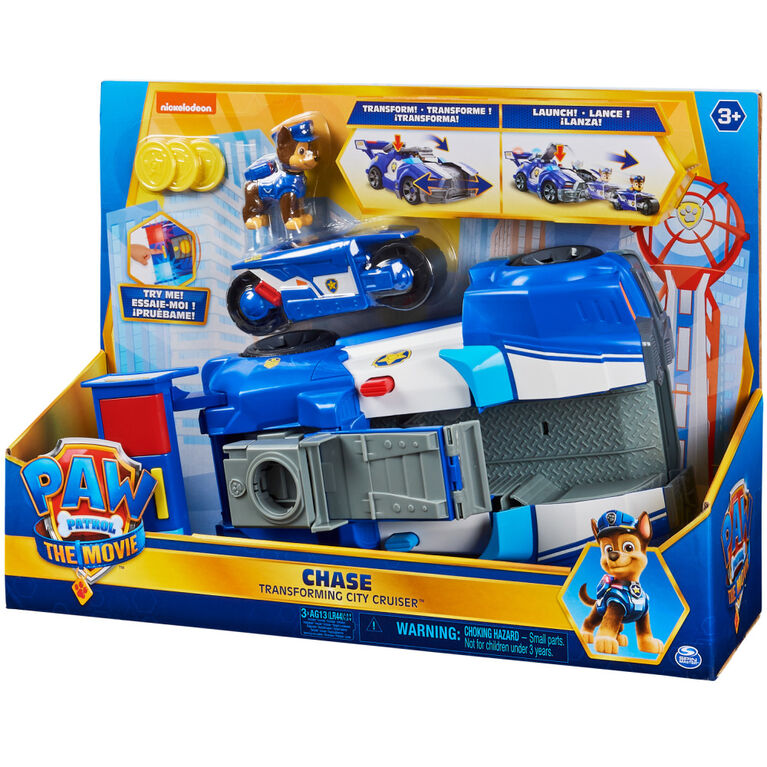 Pinch to zoom
Transform, launch and save the day with Chase and his PAW Patrol: The Movie Transforming City Cruiser! This 2-in-1 police cruiser and motorcycle brings the action and excitement of PAW Patrol: The Movie to life. It features authentic movie details and graphics, a projectile launcher, flashing lights and realistic sounds! When Adventure City is in trouble, place Chase (action figure included) behind the wheel of his cruiser and race to the rescue! Once you reach the scene, push the yellow button to activate the lights and sounds. Protect Chase from falling debris by transforming into armor mode. Press the blue button to armor up the vehicle - the front expands, a canopy covers Chase, and the projectile launcher is revealed! Load the discs (three included) and press the button to launch and take down obstacles! Need to reach a tight space in your mission? Launch the motorcycle! Simply press the red button to open the vehicle's inner compartment, then press again to launch Chase and his motorcycle! To reset, place the motorcycle back inside the cruiser and push the wheels together to retract the canopy and launcher. Use your imagination to create your own rescues again and again! With two PAW Patrol vehicles in one and so many fun features, this 2-in-1 transforming vehicle is the perfect gift for kids. For even more movie action, look for all of the PAW Patrol: The Movie pups (action figures each sold separately). Team up with Chase and his PAW Patrol: The Movie Transforming City Cruiser on action-packed city rescues!