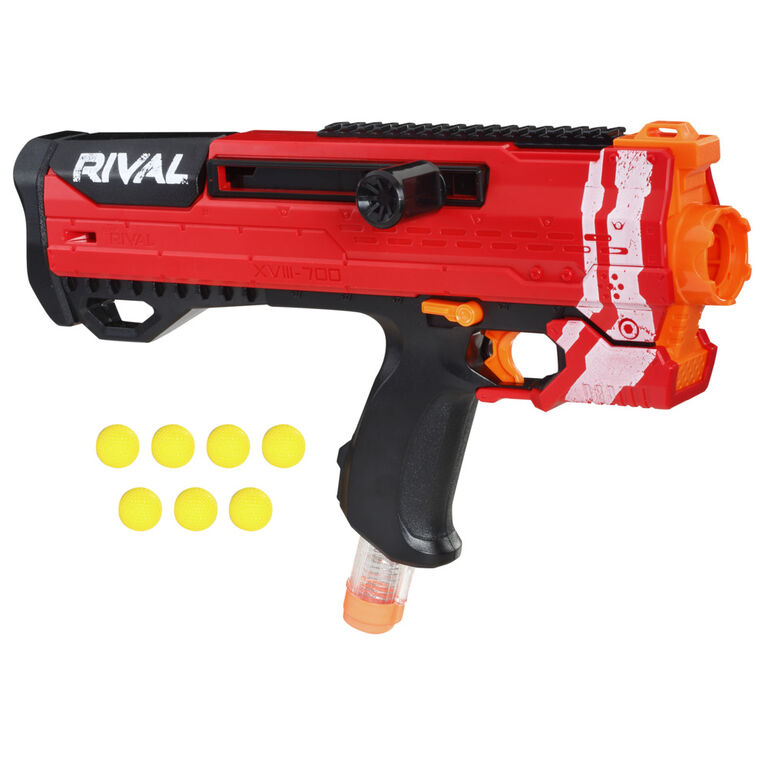 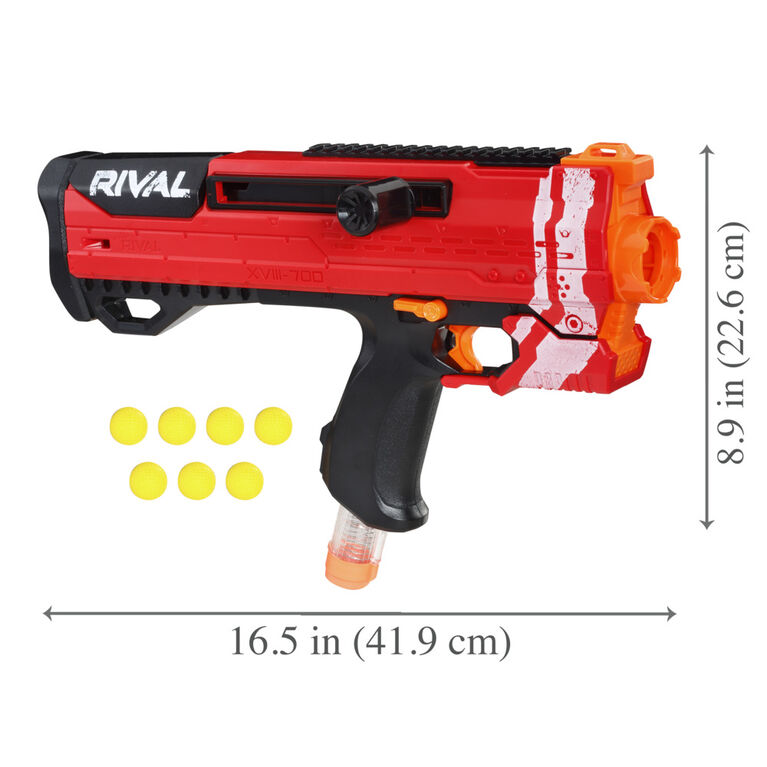 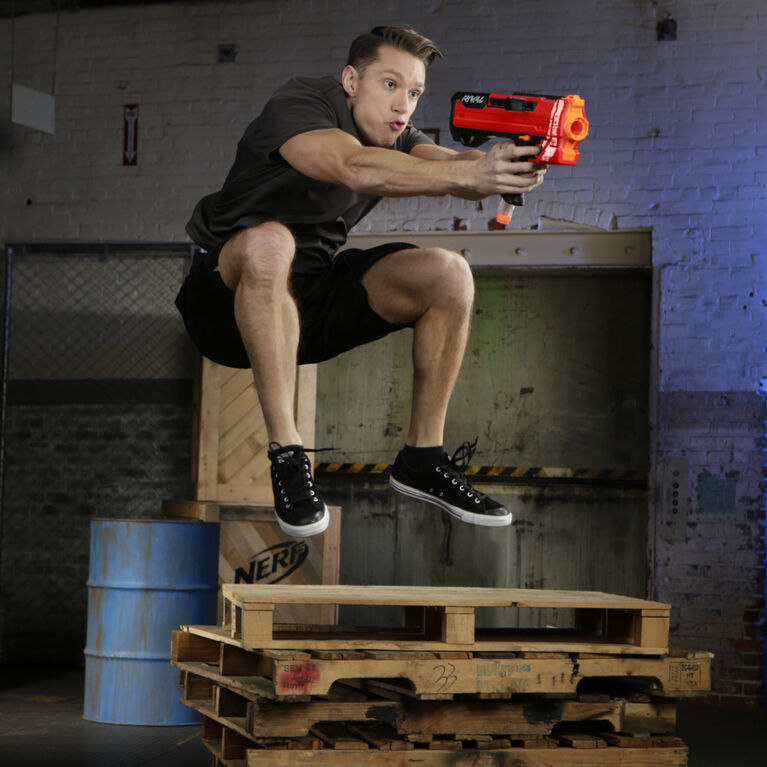 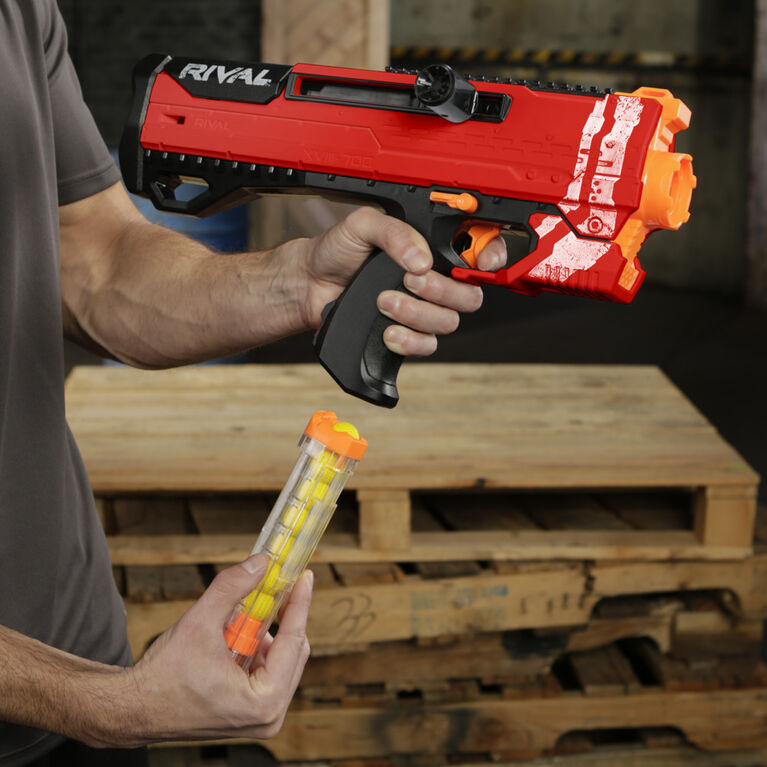 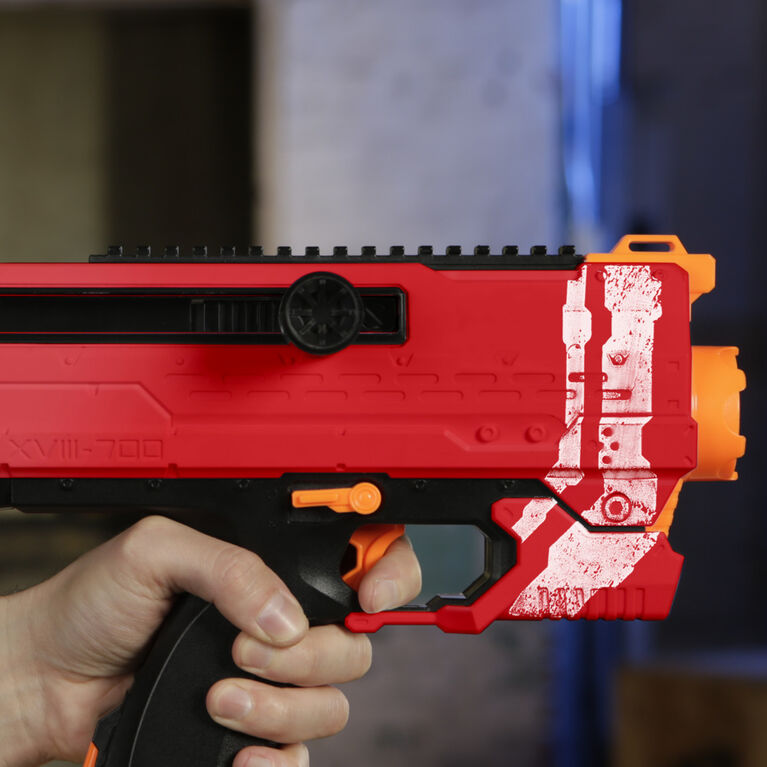 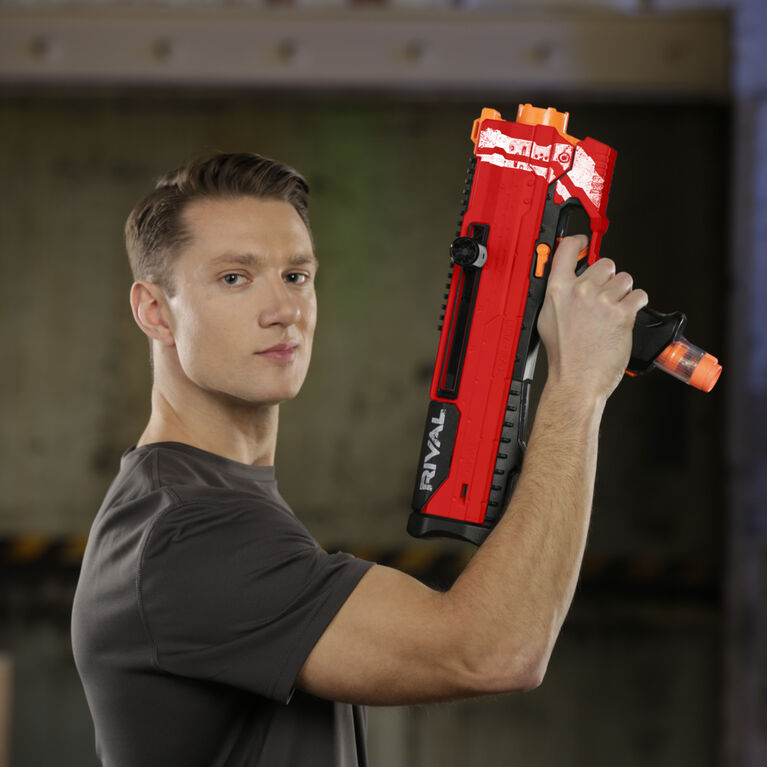 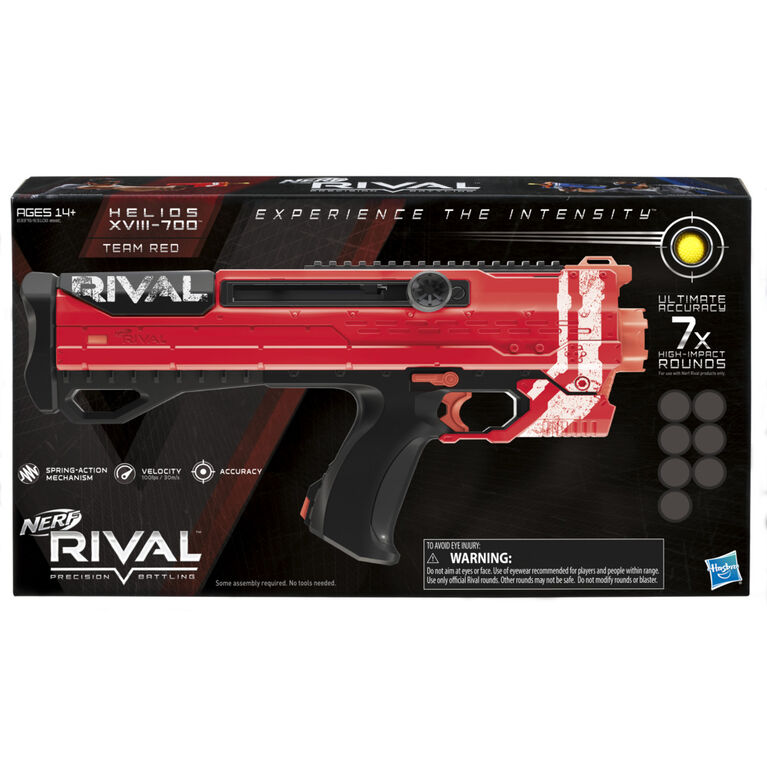 Experience the intensity of Nerf Rival battles with this bolt-action blaster
Fires rounds at a velocity of 100 feet per second (30 meters per second)
Comes with an easy-load 7-round magazine and 7 high-impact rounds
Has a spring-action mechanism, trigger lock, tactical rail, and ready indicator
Bolt can be adjusted for right- and left-handed battlers