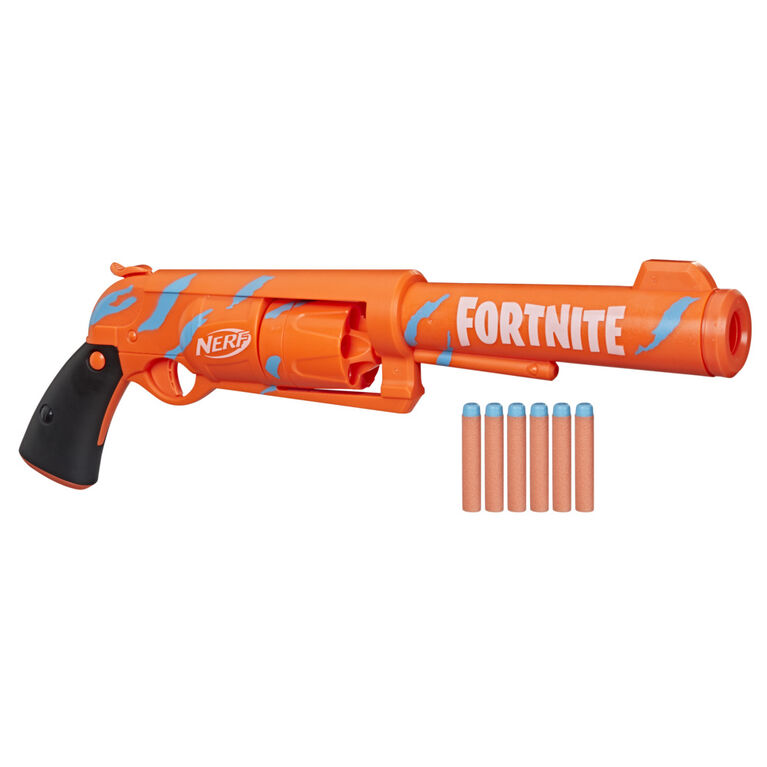 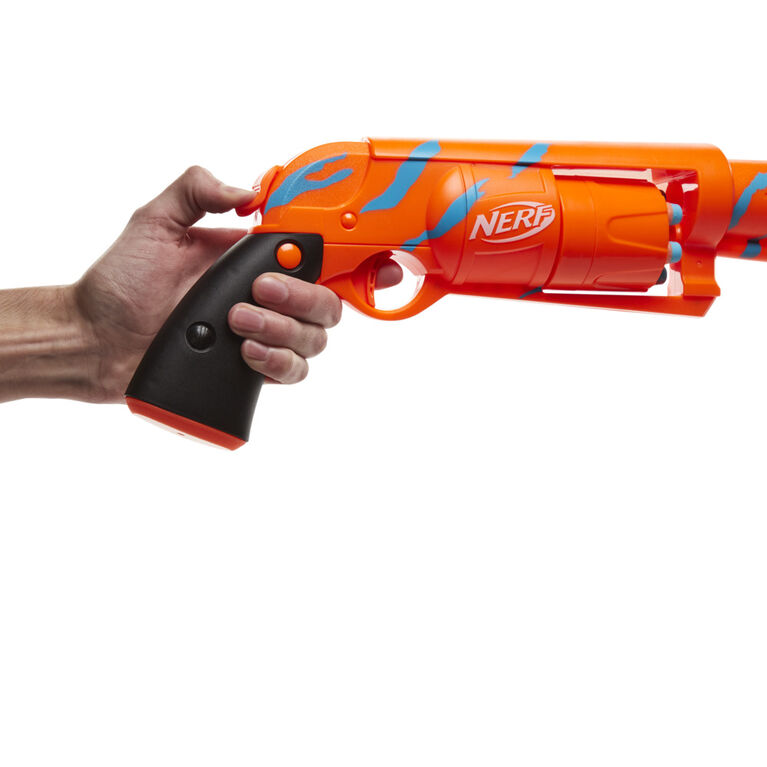 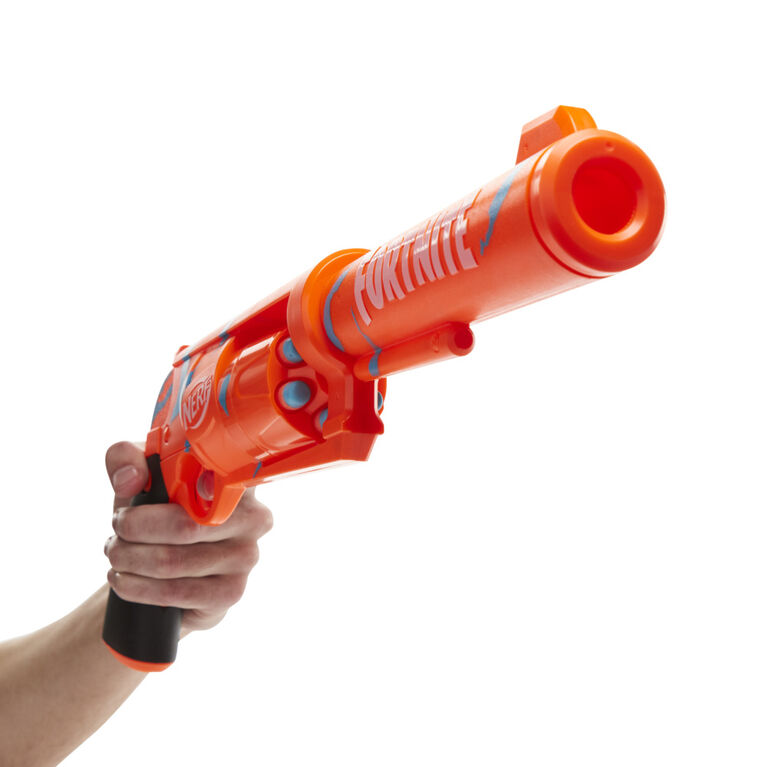 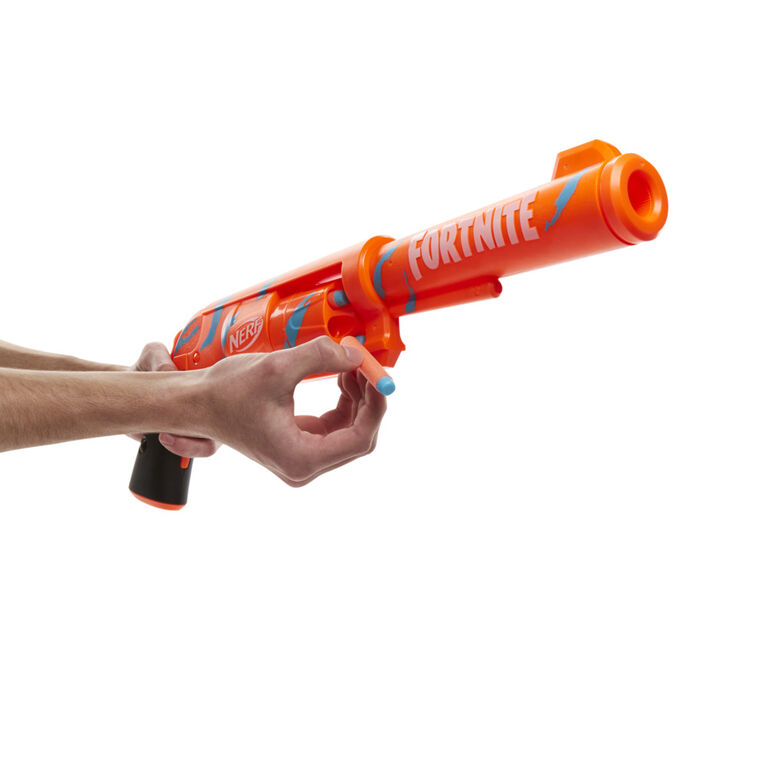 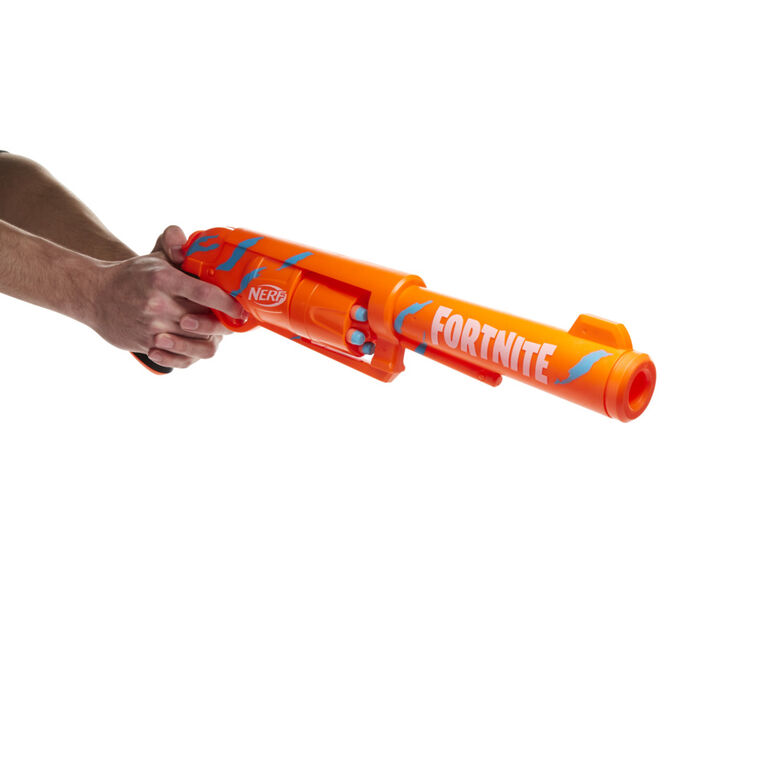 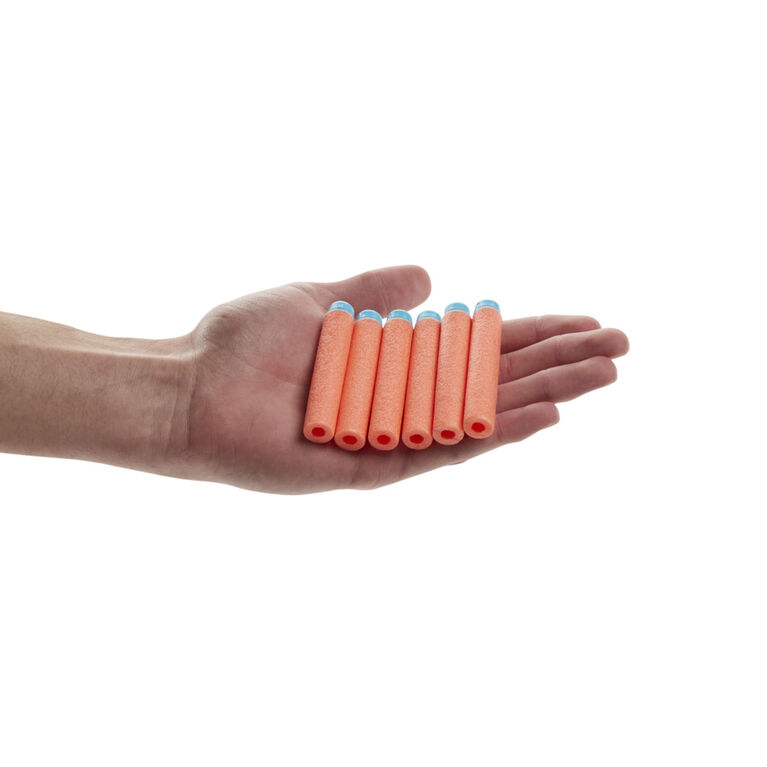 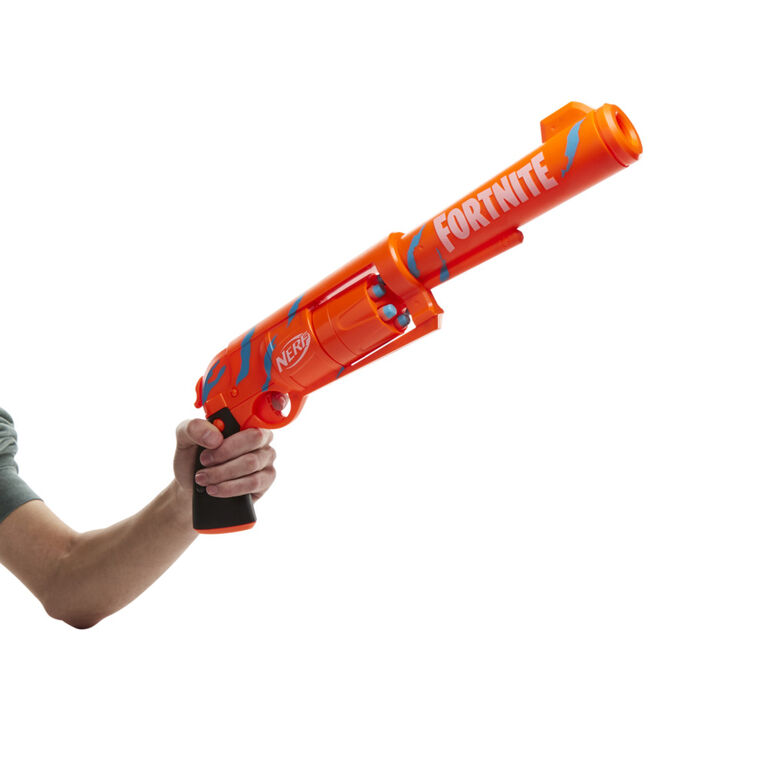 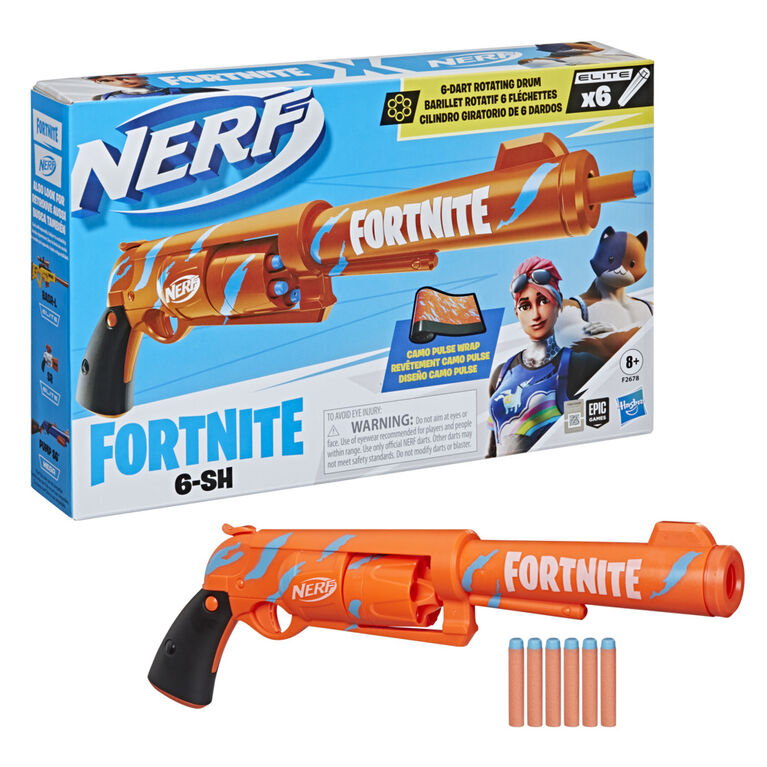 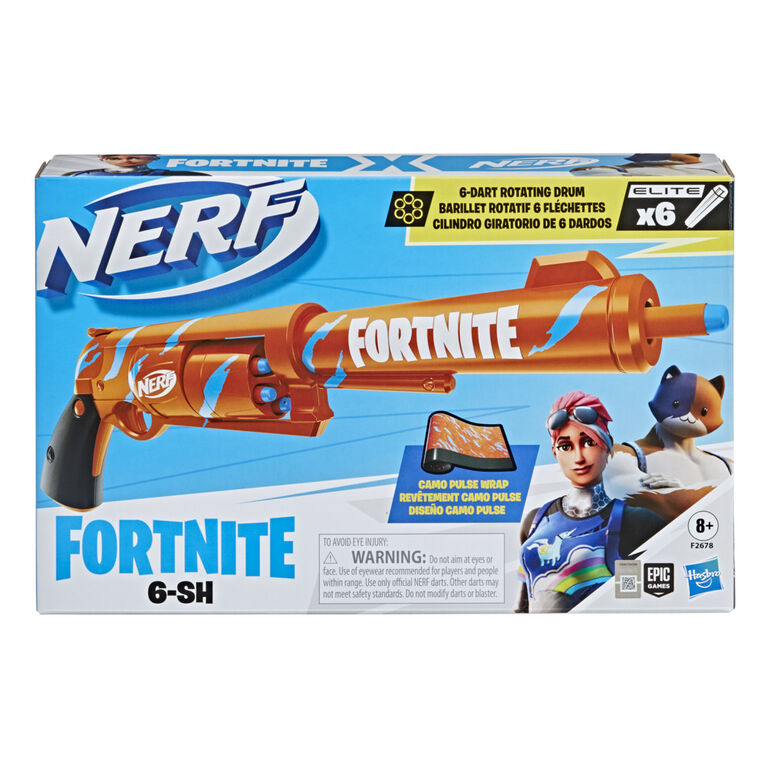 
The Nerf Fortnite 6-SH blaster is inspired by the equipment used in Fortnite and captures the look of the Camo Pulse wrap from the popular video game! The blaster features hammer action priming -- pull down the hammer to ready the blaster for firing, then press the trigger to send a dart flying at opponents. This Nerf Fortnite blaster includes 6 Nerf Elite darts, enough to fully load the 6-dart rotating drum. Official Nerf Elite foam darts are great for indoor and outdoor battles and are tested and approved for performance and quality. Hand-powered by you -- no batteries needed. Eyewear recommended (not included).

Ages 8 and up
TO AVOID EYE INJURY:
WARNING: Do not aim at eyes or face. Use of eyewear recommended for players and people within range. Use only official Nerf darts. Other darts may not meet safety standards. Do not modify darts or blaster.
WARNING: CHOKING HAZARD - Small parts may be generated. Not for children under 3 years.
Assembly required.