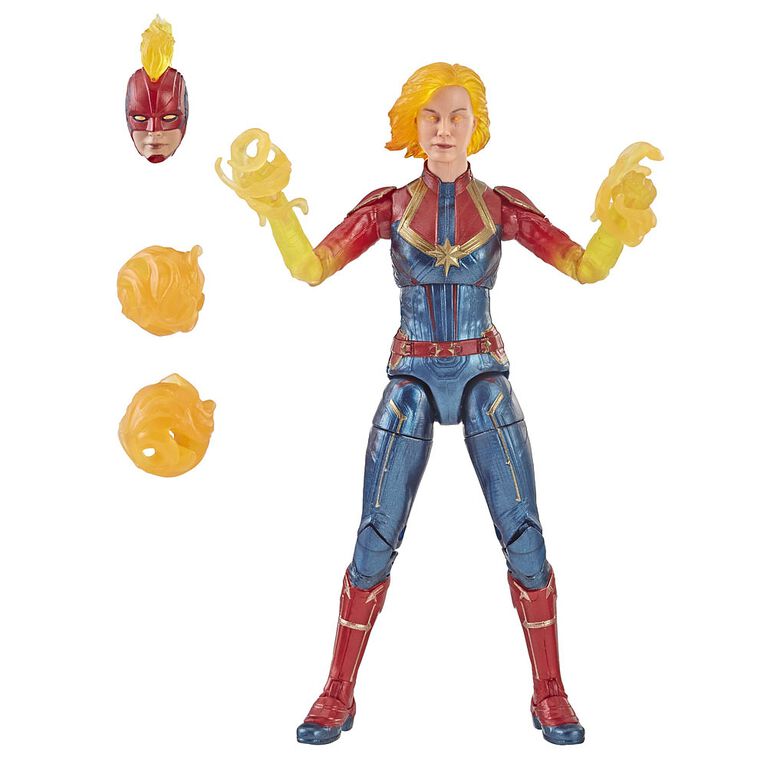 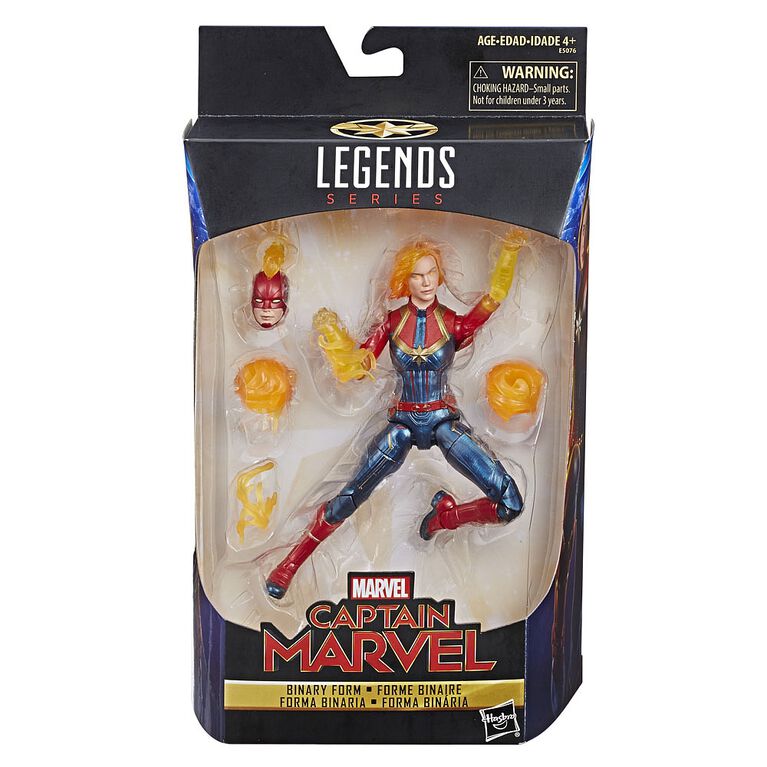 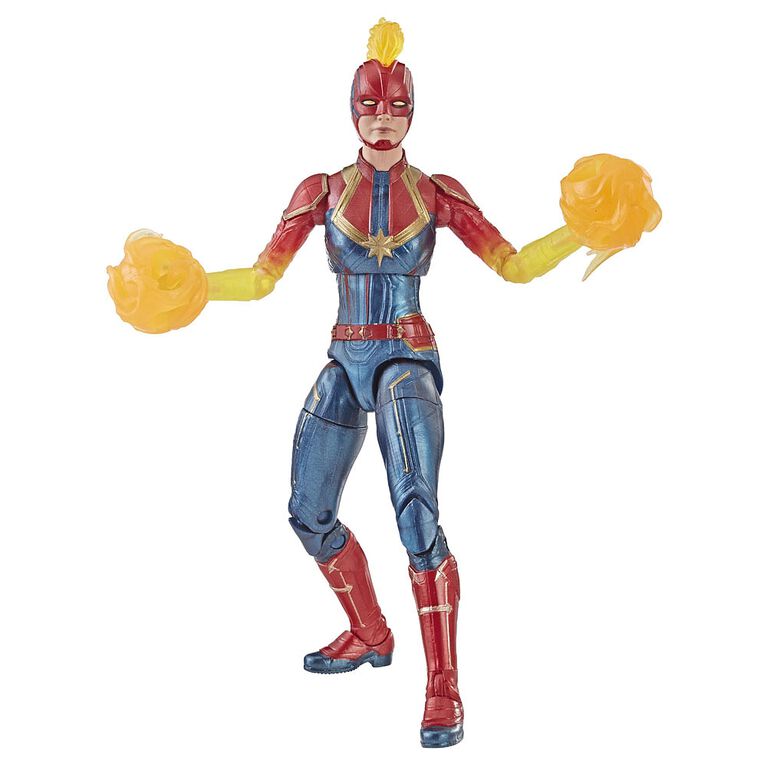 R Exclusive, only available at Toys R Us Canada. Channeling her powers of energy manipulation, Carol Danvers prepares to blast down any enemies to the galaxy as Captain Marvel.