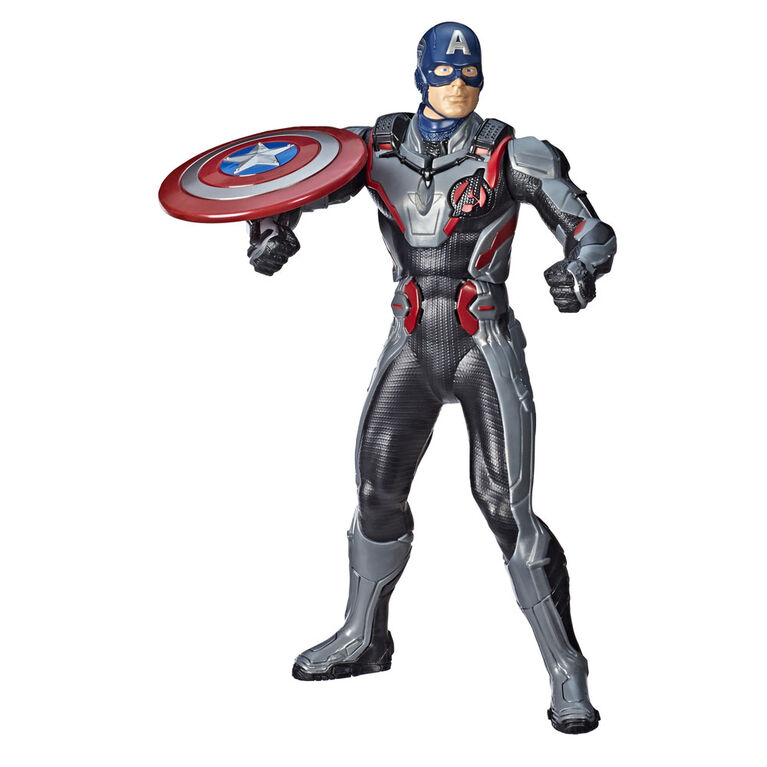 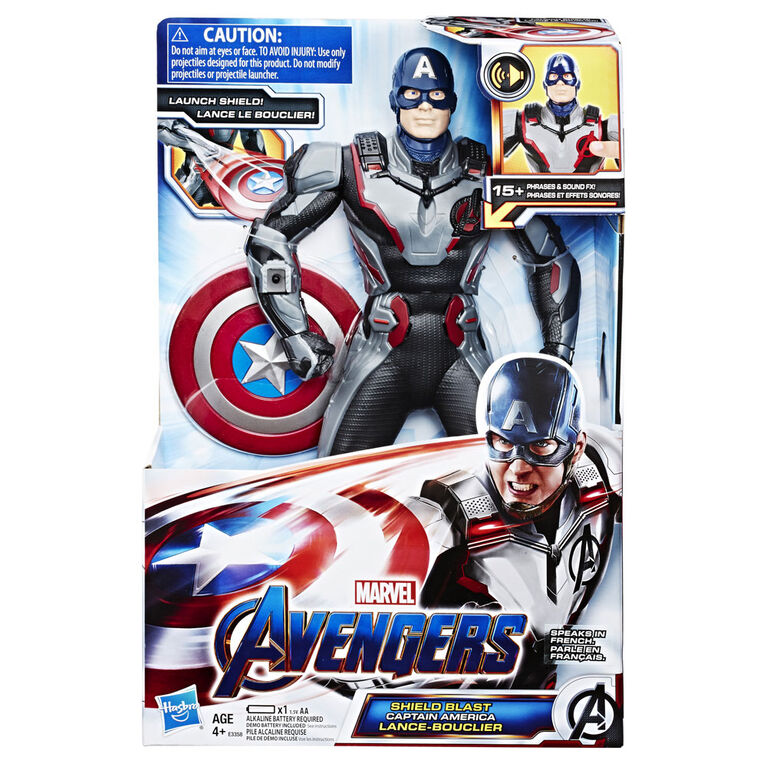 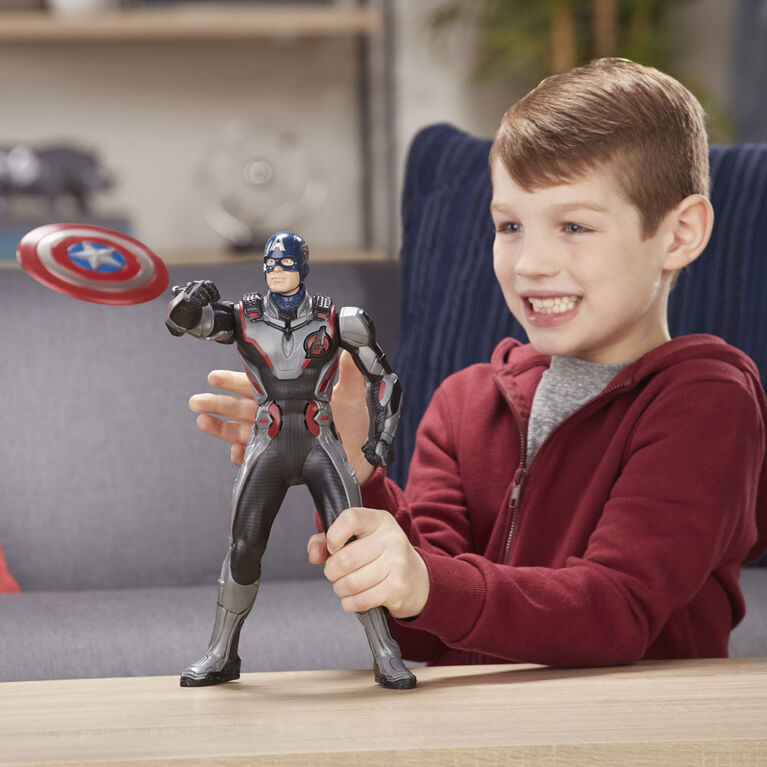 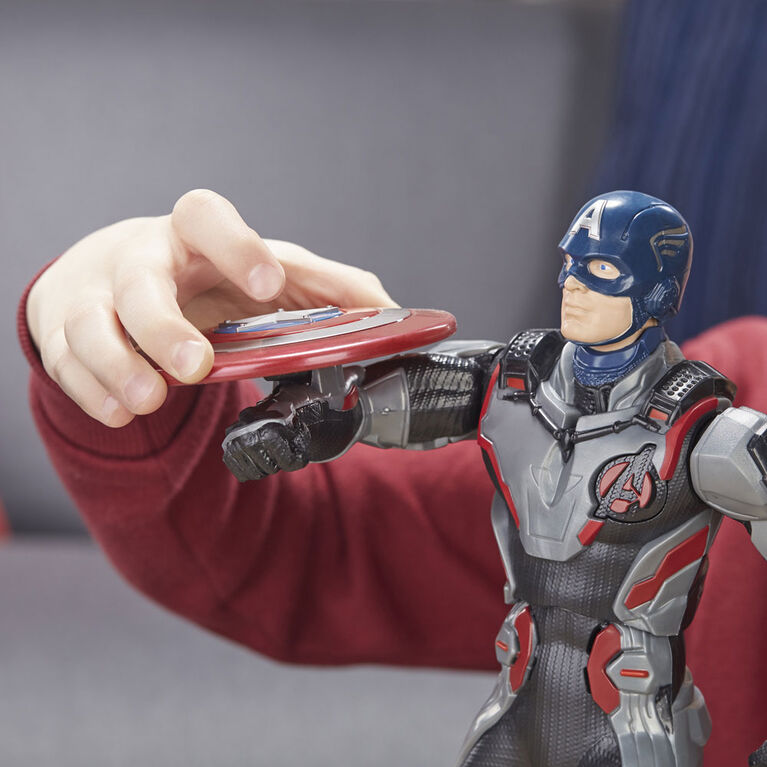 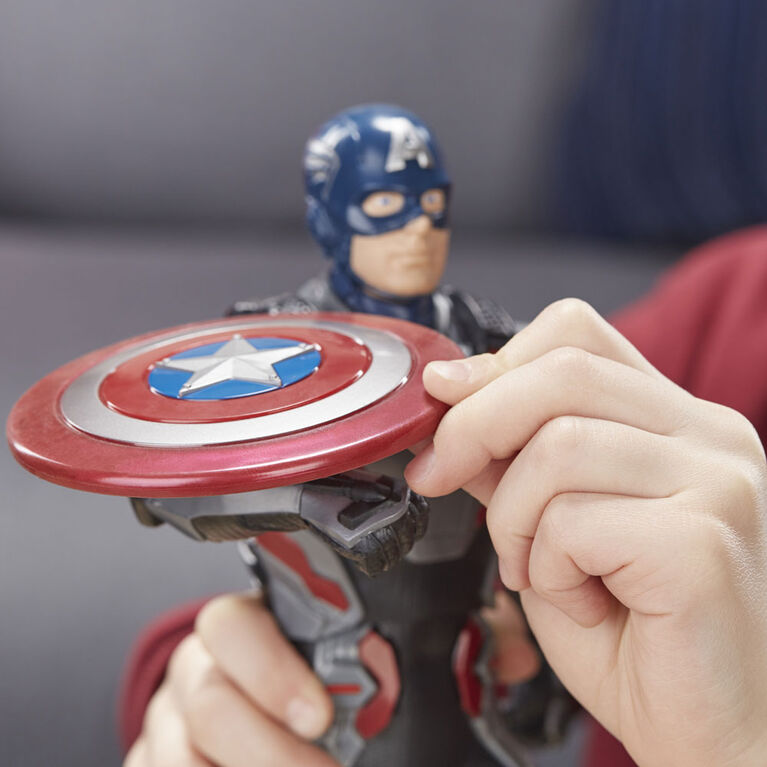 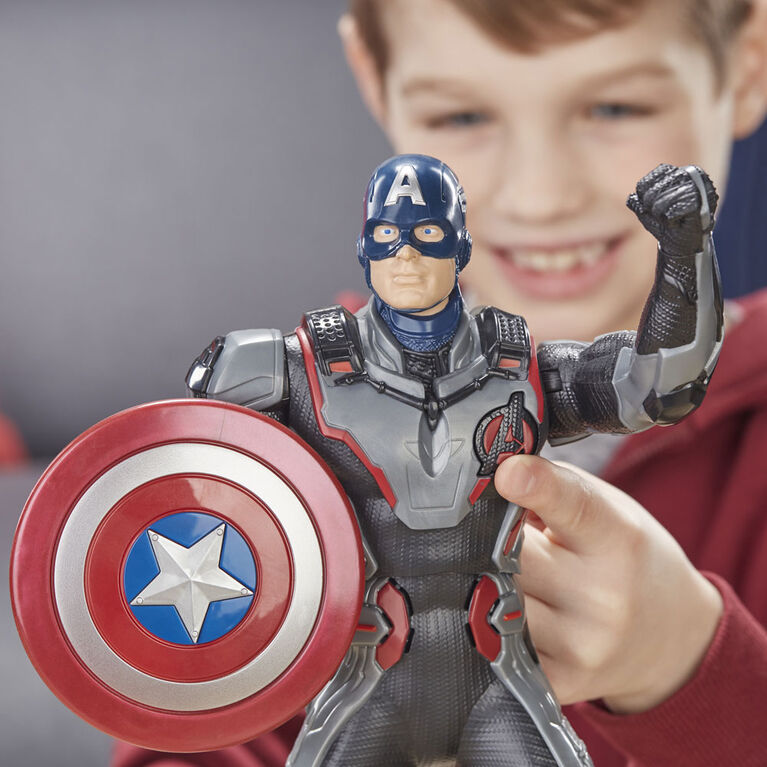 This 13-inch-scale Shield Blast Captain America action figure features 20+ sound effects and phrases from the Avengers: Endgame movie, part of the Marvel Cinematic Universe. Fans and kids can activate the shield blast feature and imagine the star-spangled Super Hero battling for the future of the galaxy alongside the other Avengers.

Ages 4 and up
CAUTION: Do not aim at eyes or face. TO AVOID INJURY: Use only projectile designed for this product. Do not modify projectile or projectile launcher.
x1 1.5V AA ALKALINE BATTERY REQUIRED. DEMO BATTERY INCLUDED. SEE INSTRUCTIONS. "