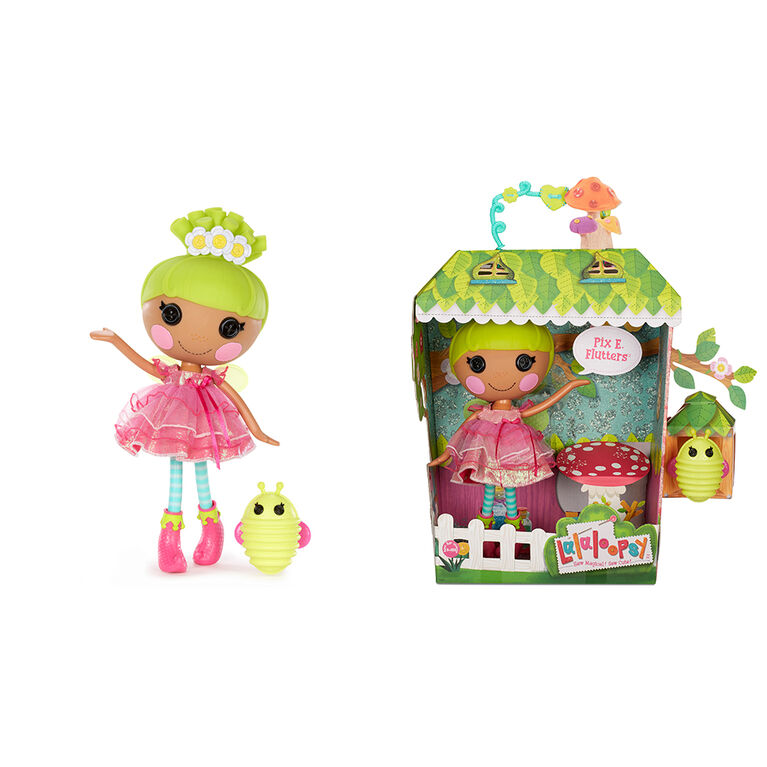 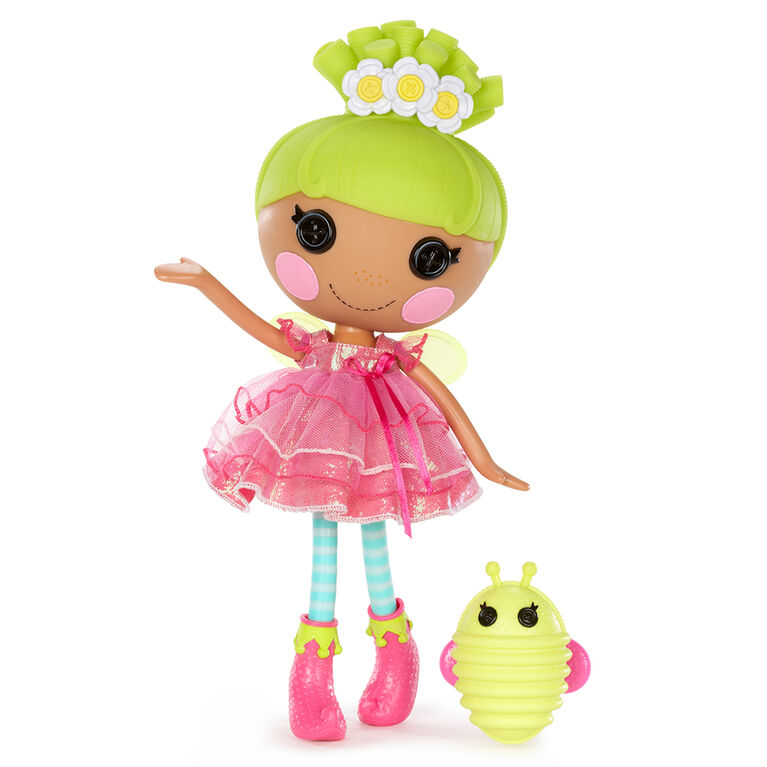 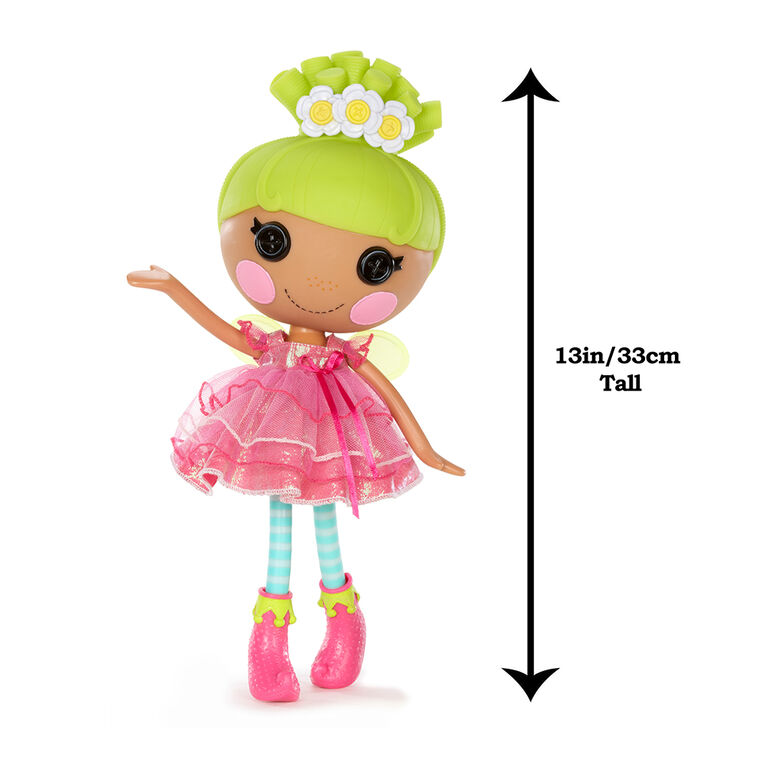 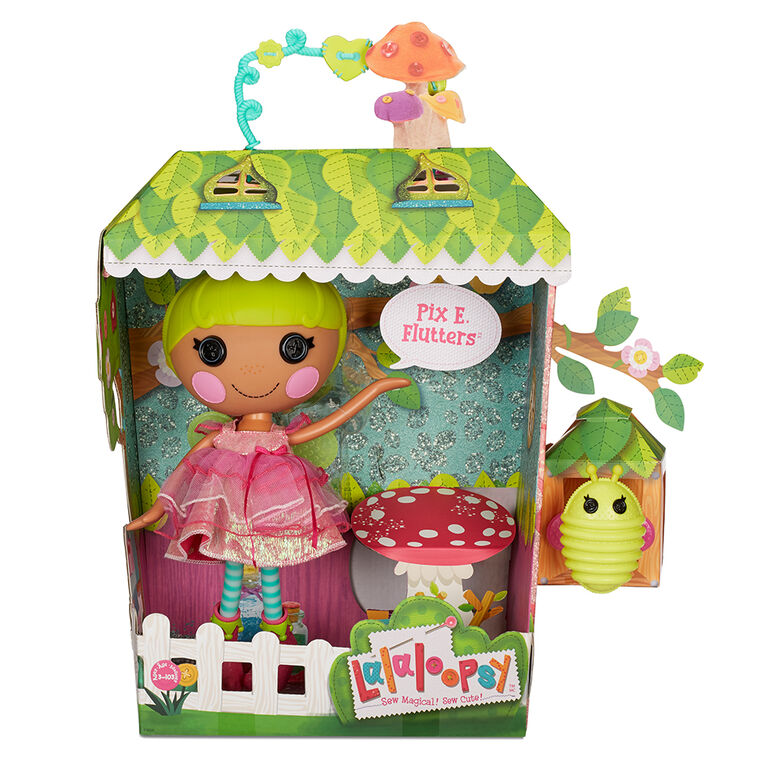 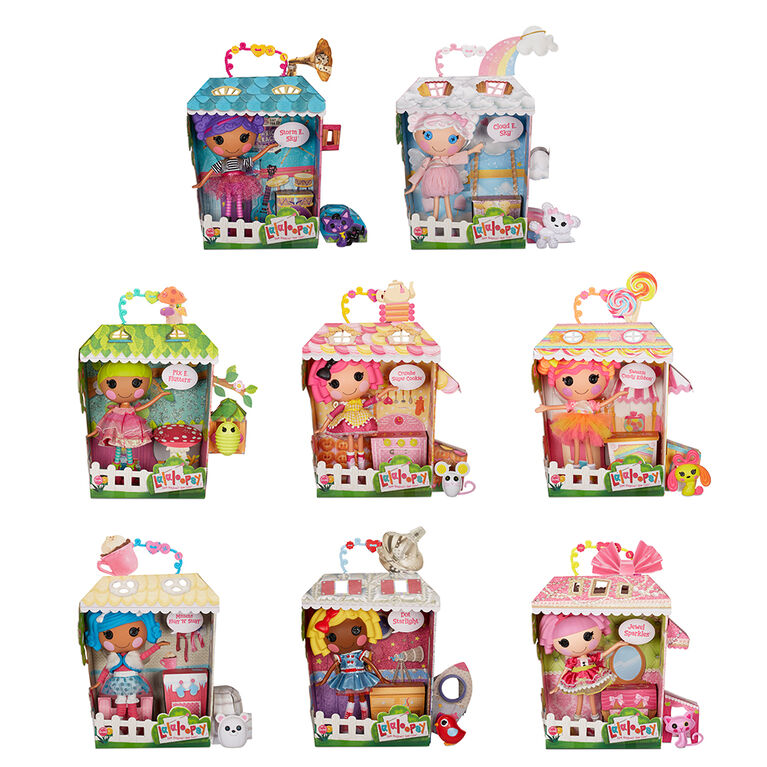 Lalaloopsy were once rag dolls that magically came to life when their last stitch was sewn. The beloved dolls are back for a whole new generation of children to love with a 10th Anniversary badge on pack.

Cute and colorful, Lalaloopsy offers a whimsical world of friendship and fun, inspiring kids to develop their own creativity and imagination. Lalaloopsy dolls have unique personalities drawn from the fabric used to sew them, and each one comes with her own pet. They celebrate diversity - everyone is special in their own way!

Pix E. Flutters was sewn from a real fairy's dress. She's a wishful thinker who always looks on the bright side. She loves to float and flutter about and she thinks everything looks better covered in glitter. She has a pet firefly. Pix E. Flutters is a perfect gift for your little one who loves fairies and glitter!

Each NEW package is a reusable house playset with photo details of found objects that uniquely express the personality of each doll, like Pix E.'s glitter bottle collection or mushroom table in her fairy house. Child helps build the house with extra pieces! Build the pet treehouse, add the mushroom chimney and attach the branch awning. Connect Pix E.'s house with other houses to create Lalaloopsy Land!

Child gets to "sew the last stitch" to release doll from package to magically bring the doll to life in their pretend play. Get to know the characters in the Netflix Original Series We're Lalaloopsy, and other Lalaloopsy TV series and movies available for streaming on Amazon Prime, iTunes, Kidoodle and YouTube.

Lalaloopsy dolls are one-of-a-kind, and your love and creativity help make their world sew special.