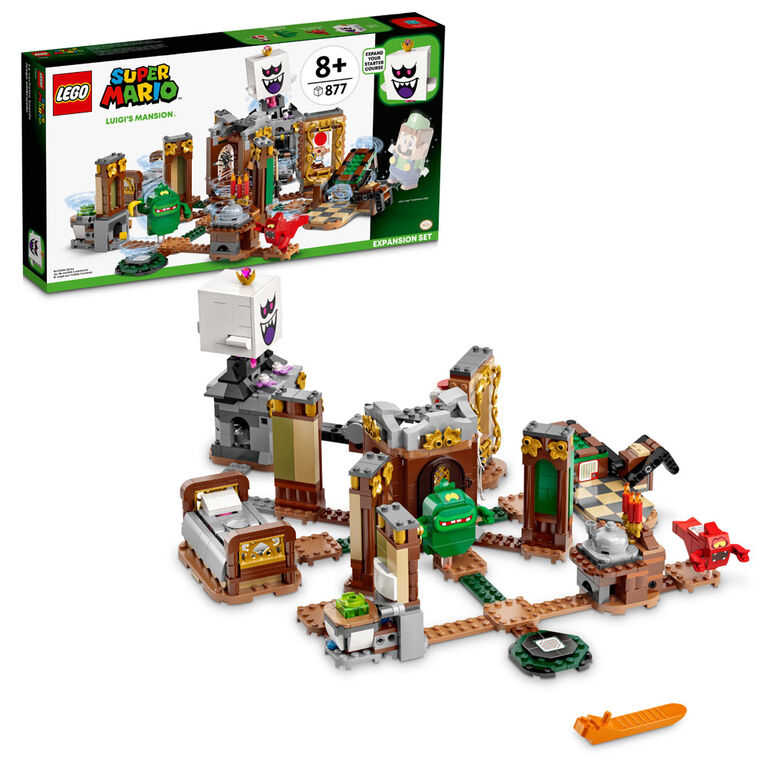 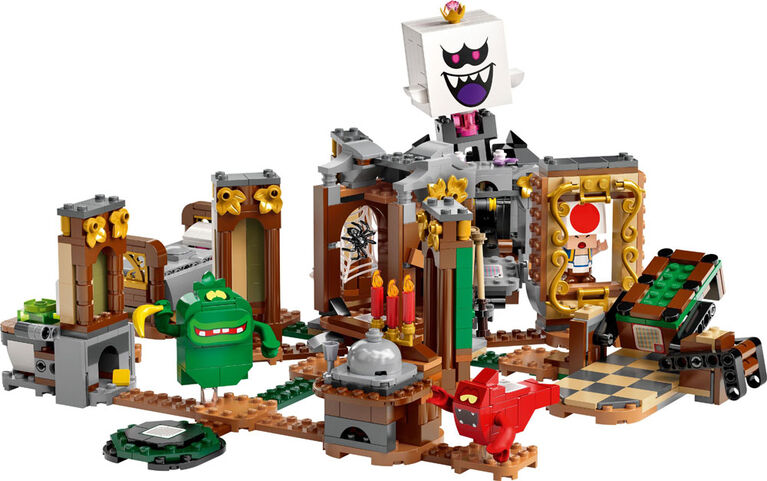 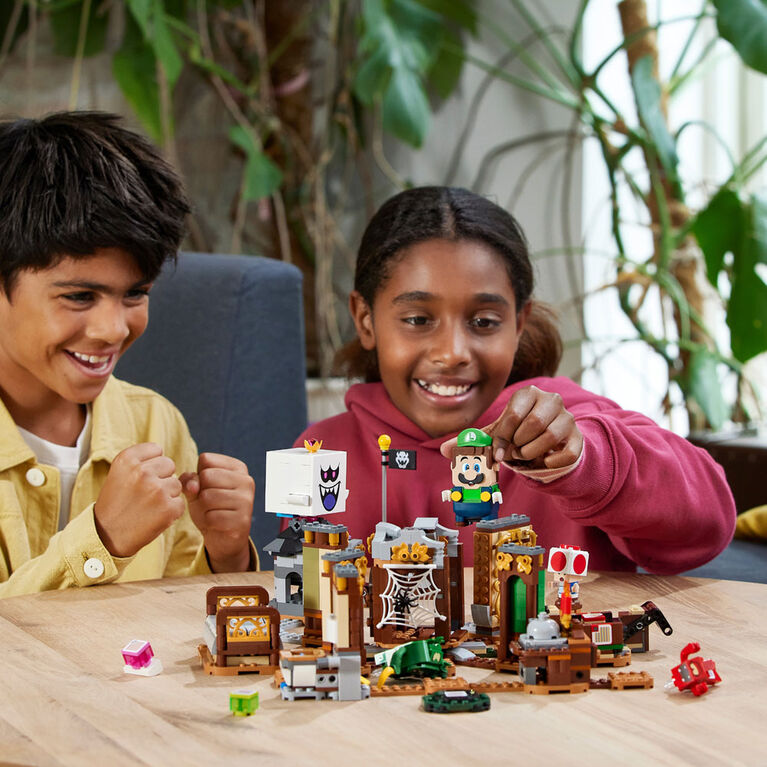 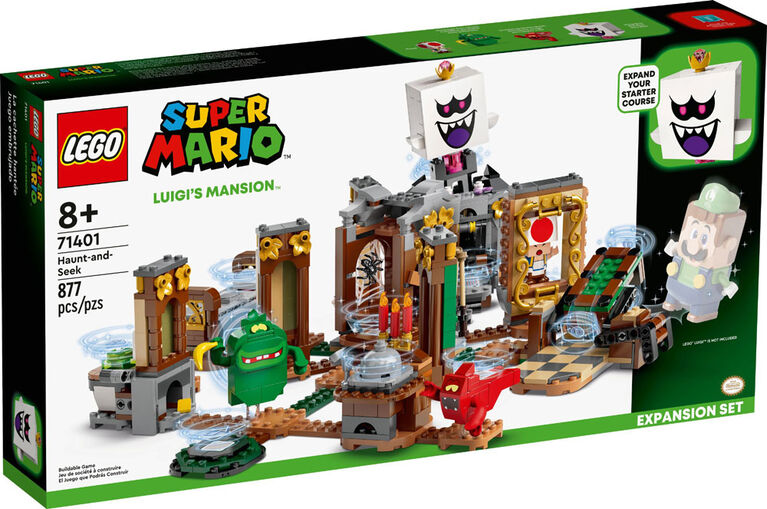 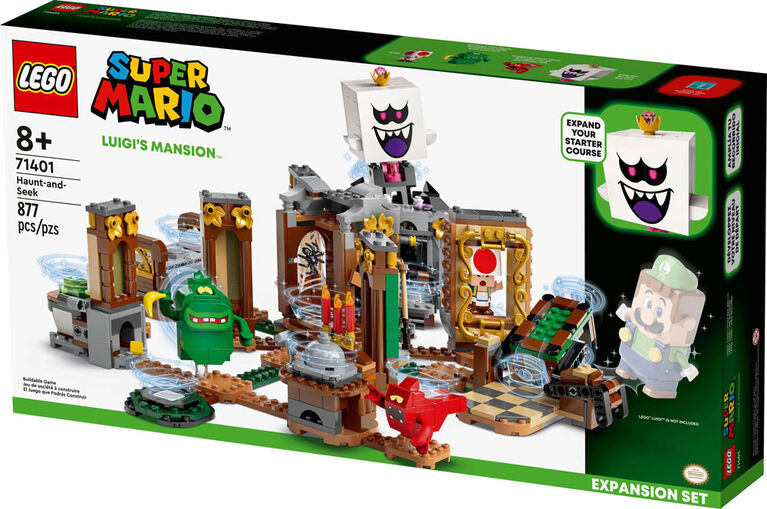 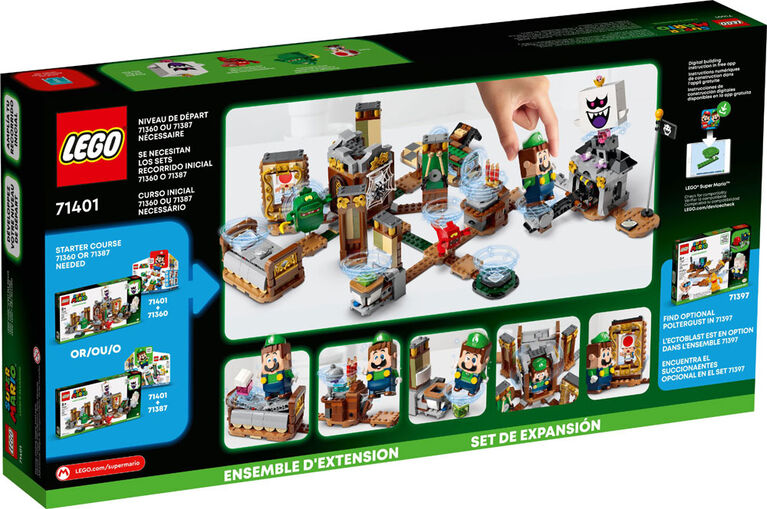 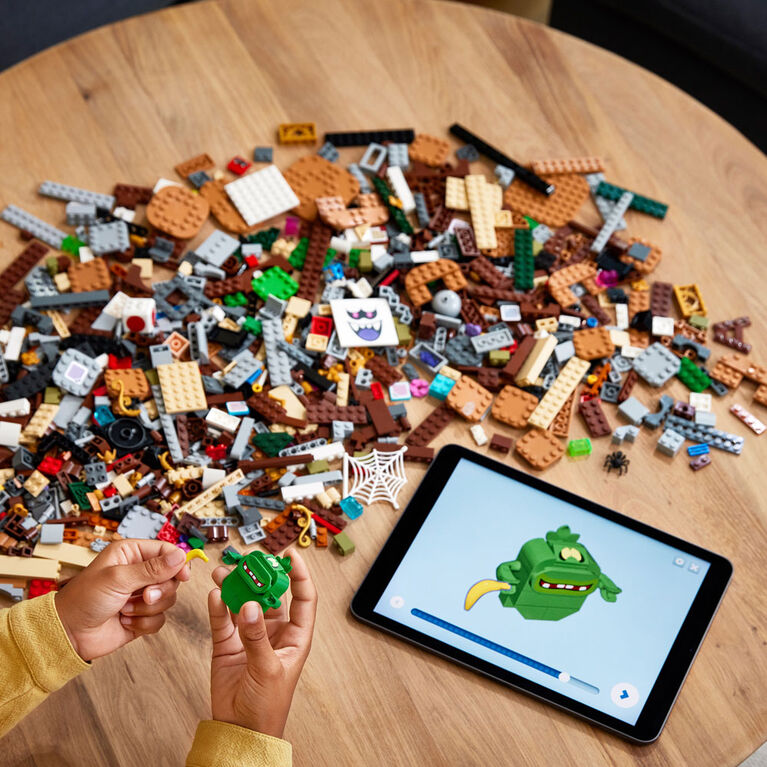 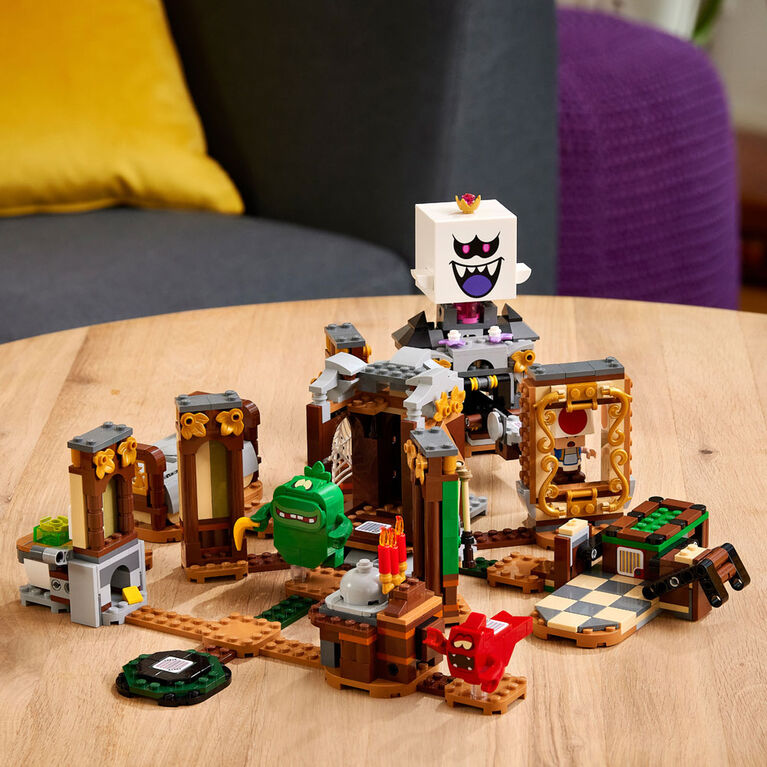 Pinch to zoom
Create a gem-hunting, ghost-battling LEGO Super Mario level with Luigi's Mansion Haunt-and-Seek Expansion Set (71401) for ages 8 and up. It features a new-for-January 2022 start plate and a rotating hallway to access each room. There are lots of fun challenges for LEGO Luigi or LEGO Mario (figures are not included): rescue Toad from a painting, uncover hidden gems, battle a haunted pool table, defeat a Garbage Can Ghost and a Grabbing Ghost, and topple King Boo from the tower. (Note: The71387 or 71360 Starter Course is required for interactive play.) Top gift idea This collectible toy playset makes a super gift for trendsetting kids. Check out the LEGO Super Mario app for building instructions, creative ideas and more. Play together Collectible Luigi's Mansion sets offer spooky adventures with LEGO Luigi as the hero. The puzzle-solving play is even more thrilling when family members play as a team and level up with the Poltergust (sold separately in set 71397) to defeatghosts.