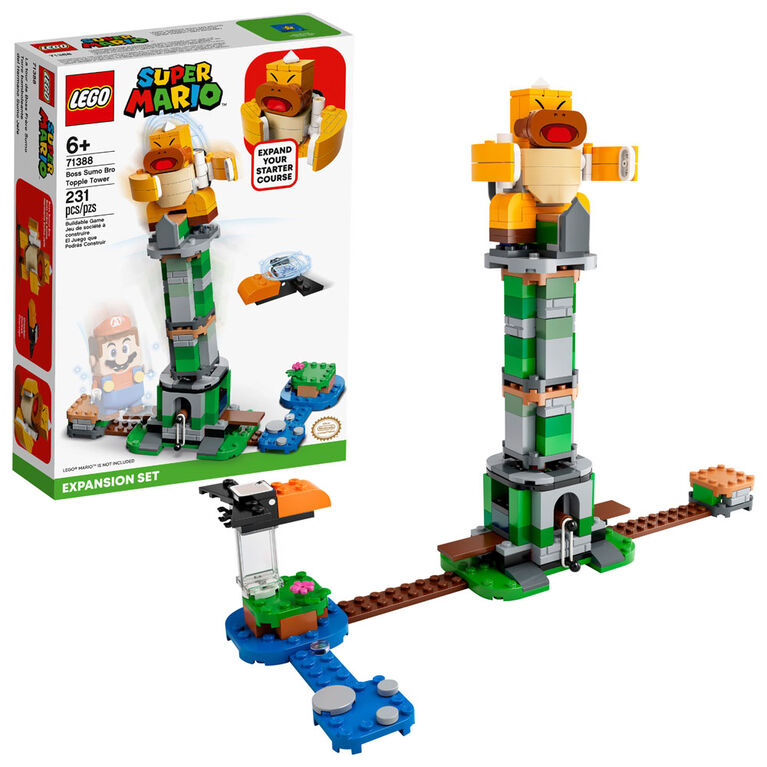 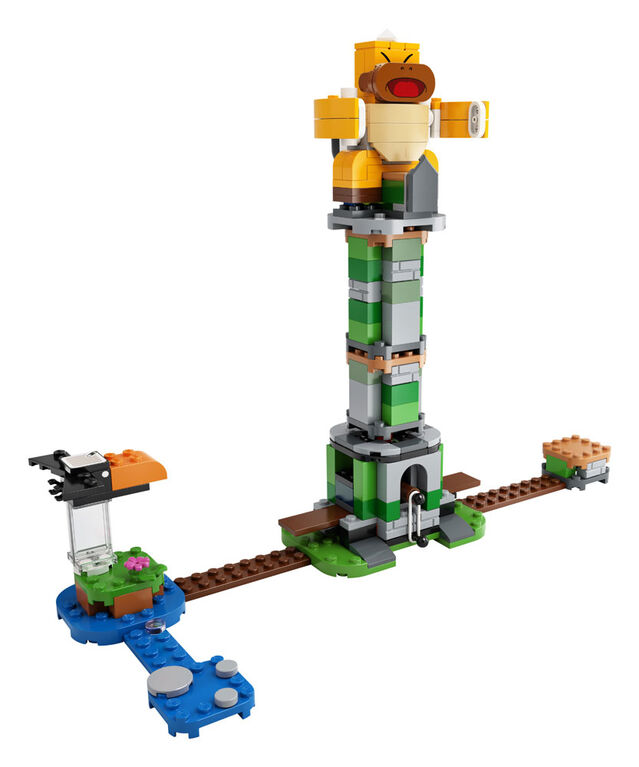 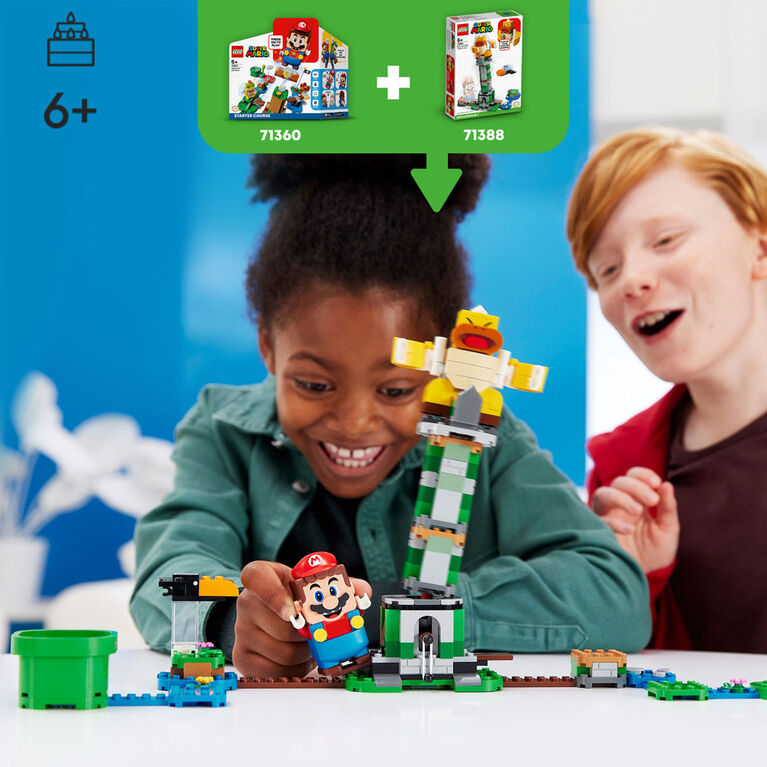 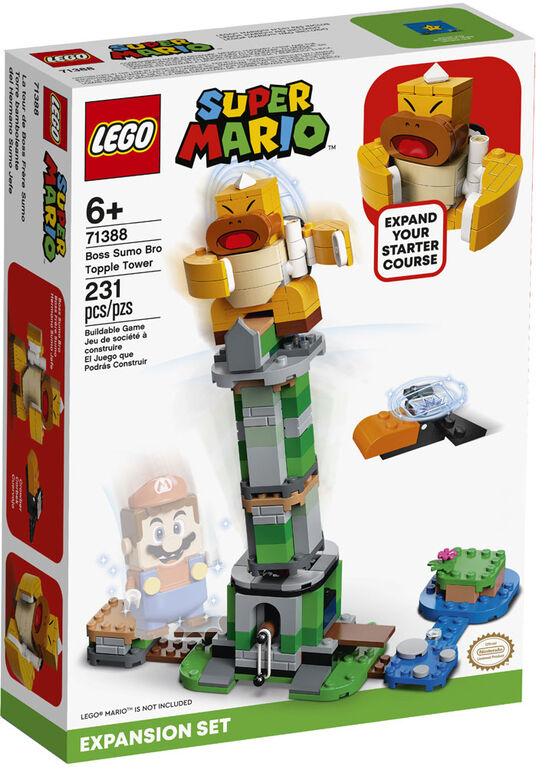 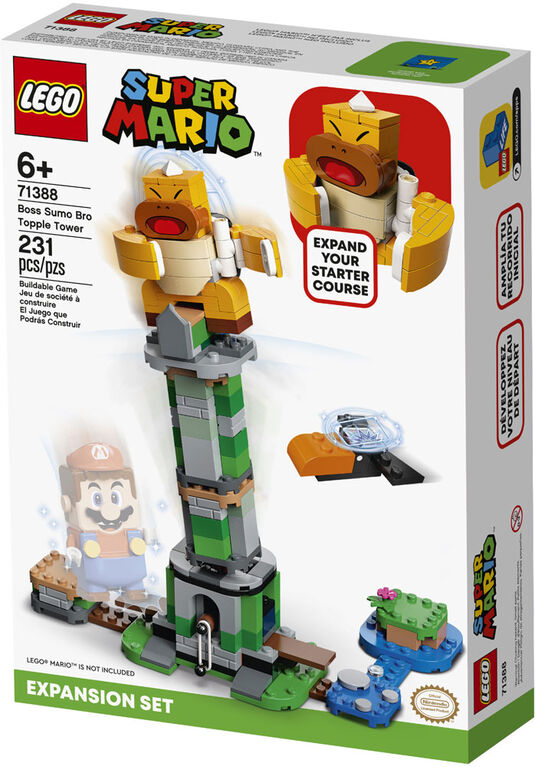 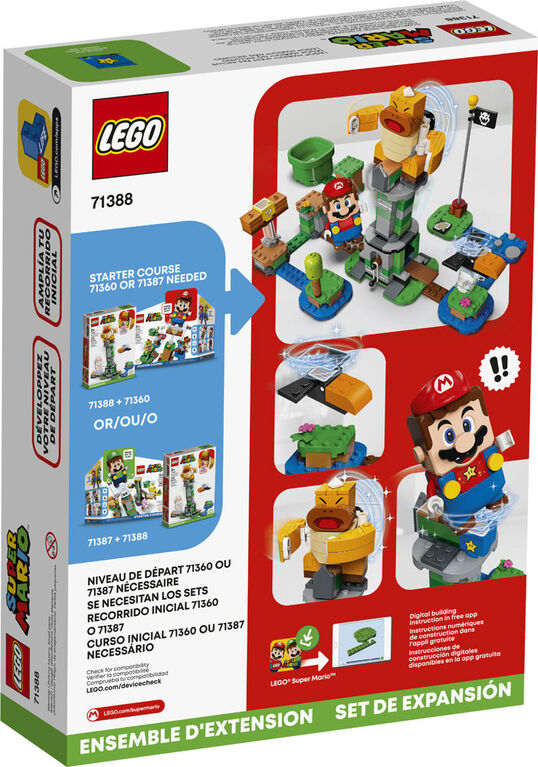 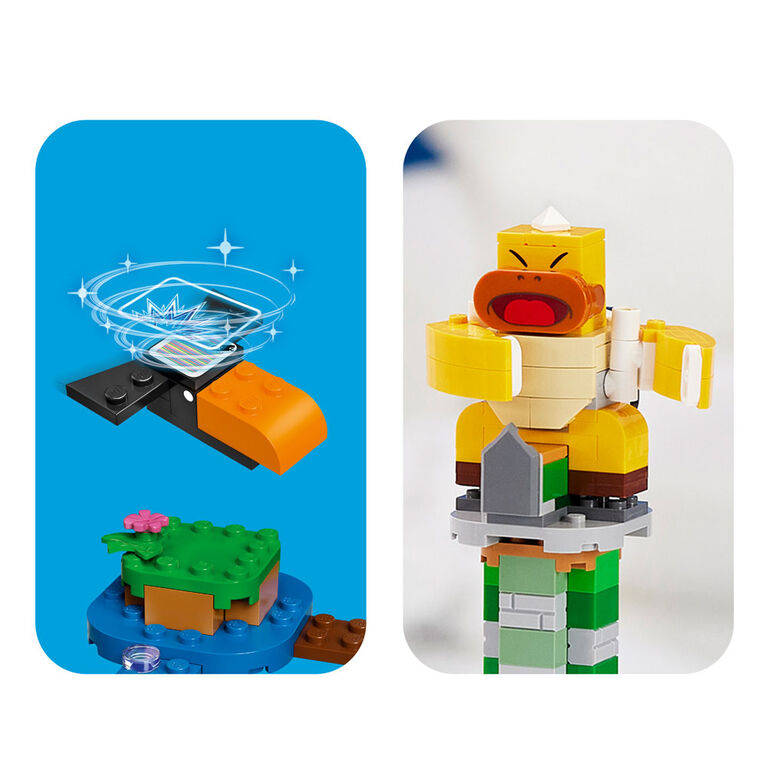 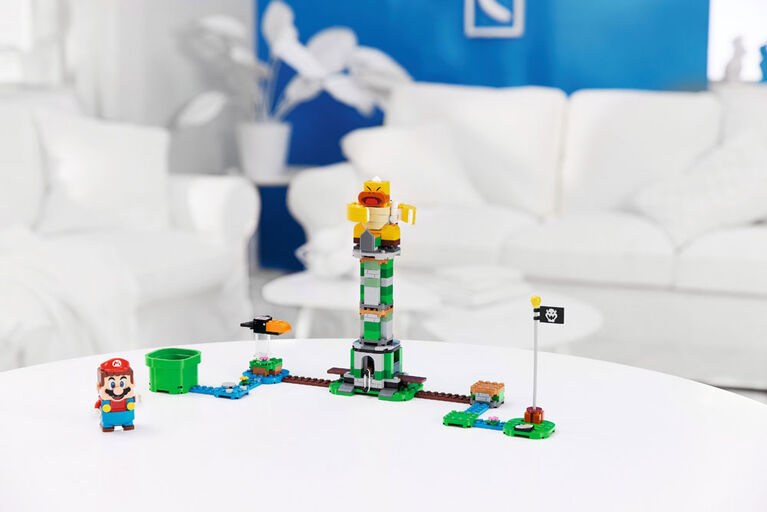 Pinch to zoom
Let kids add another fun challenge to their LEGO Super Mario universe with this Boss Sumo Bro Topple Tower Expansion Set (71388). It features a tower that is rocked by LEGO Mario and/or LEGO Luigi (figures not included) stomping on the levers at its base. It can be built to varying heights, and a Super Star Block is revealed when Boss Sumo Bro is toppled. The set also includes a Crowber figure. (Note: the 71360 or 71387 Starter Course is required for interactive play.) Teamwork pays Kids can play solo or with a friend who has a LEGO Mario or LEGO Luigi figure, winning bonus digital coins for teamwork. Check out the free LEGO Super Mario app for building instructions, creative inspiration and more. Real-world Super Mario fun Collectible LEGO Super Mario toy playsets bring family-favorite Super Mario characters into the real world and make fun gifts for trend-setting kids. The Starter Courses and Expansion Sets, plus Power-Up Packs, allow fans to customize their own uniquelevels.