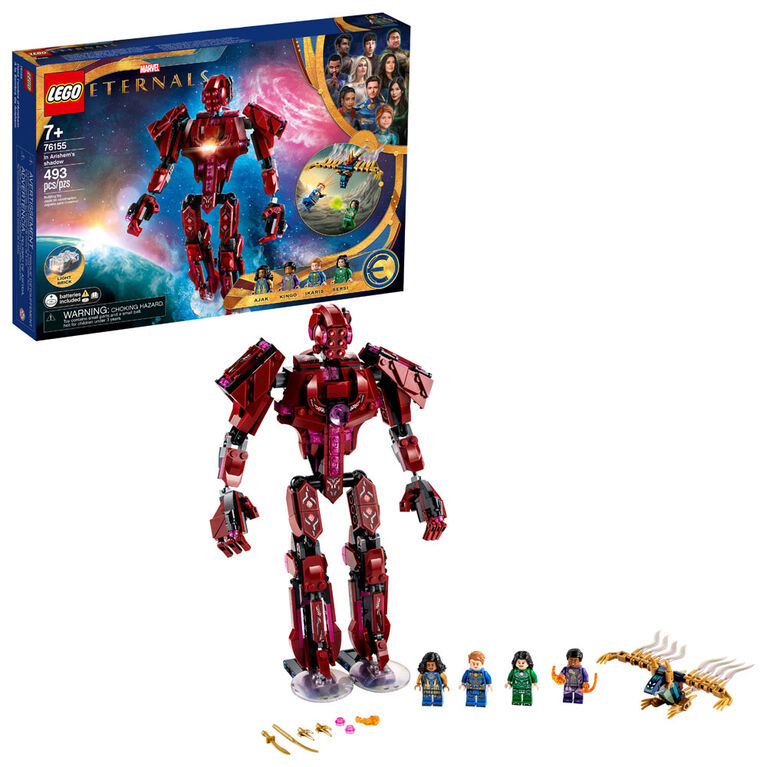 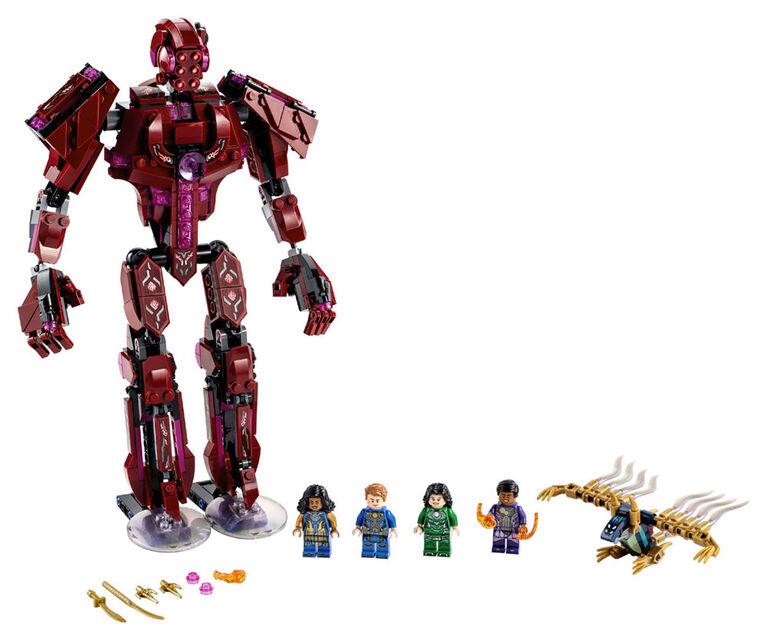 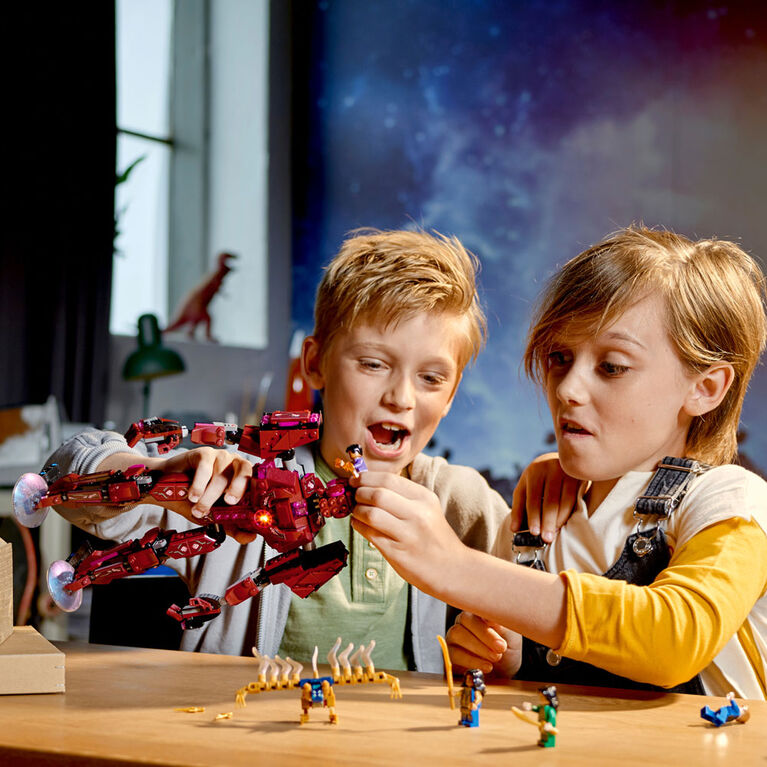 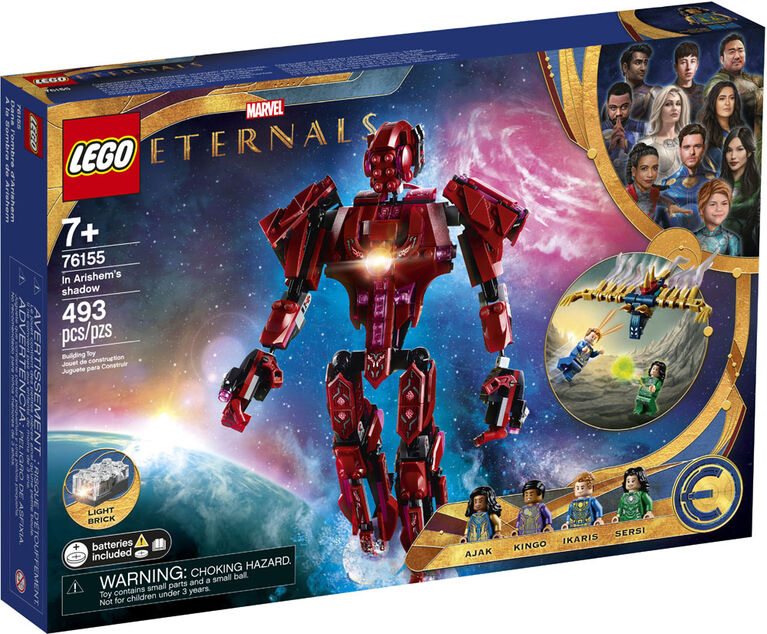 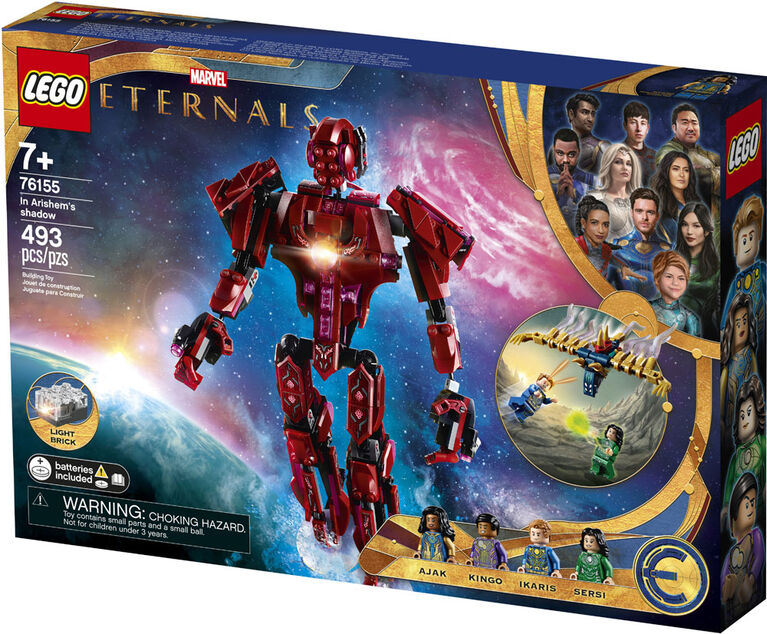 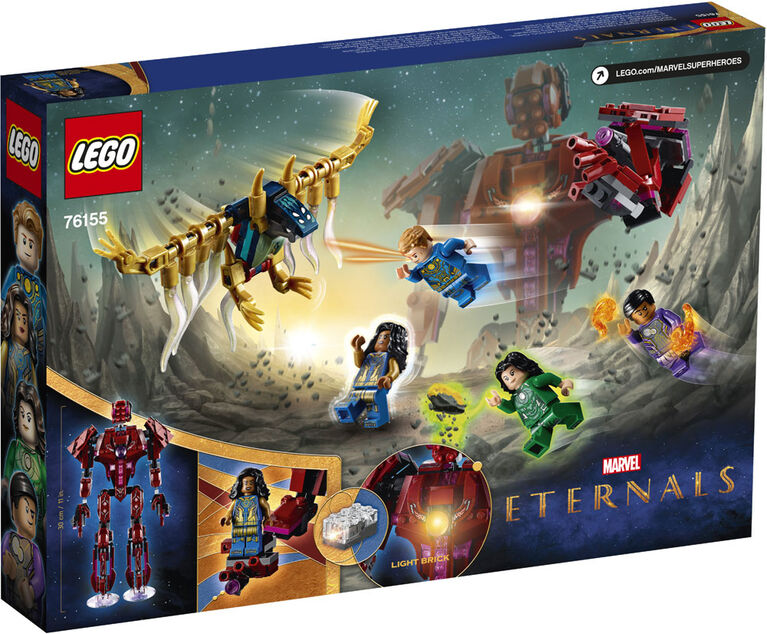 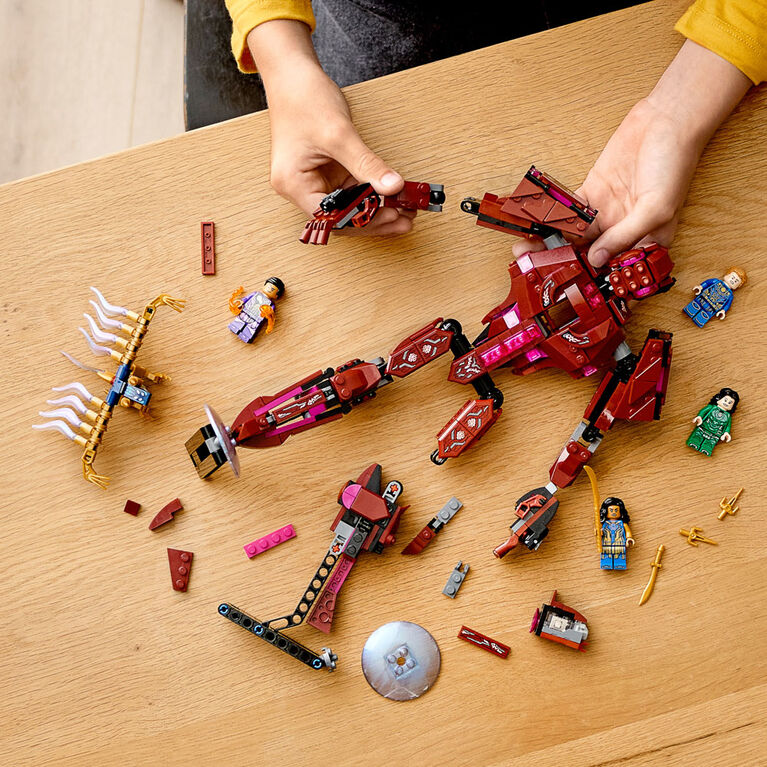 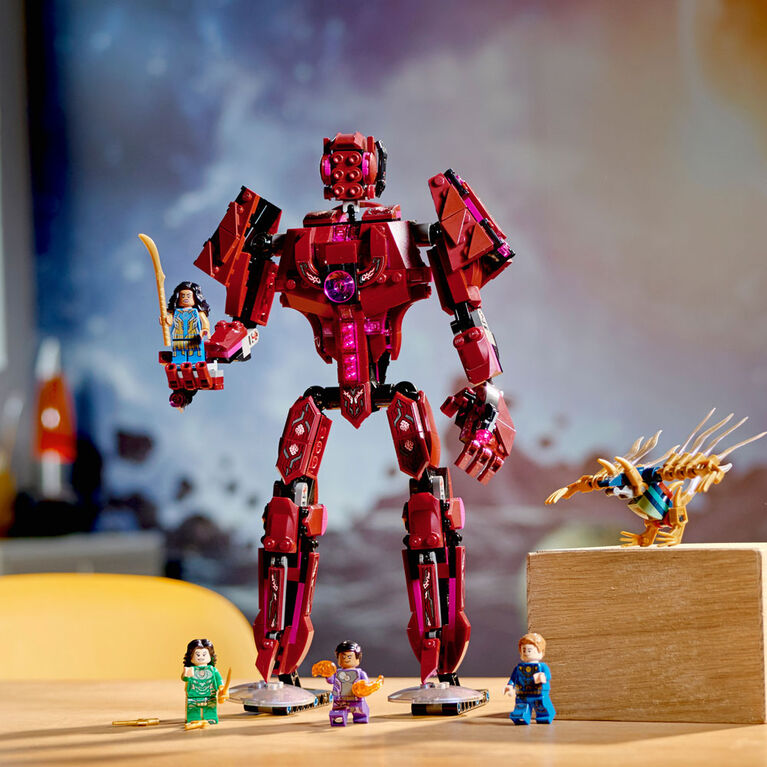 Pinch to zoom
Combine all the fun elements of the Marvel Studios' The Eternals movie in one awesome LEGO playset. In Arishem's Shadow (76155) brings 4 Eternals, a Deviant and a Celestial together in a superhero confrontation kids will love. Recreate Marvel movie action Kids join forces with 4 Eternals to defeat a Deviant bat. The Eternals have cool powers: Ajak is the only one able to communicate with the powerful extra-terrestrial beings, the Celestials; Sersi transforms matter into whatever she desires; Ikaris has superhuman strength; and Kingo can blast terrestrial energy. The set also includes a posable Celestial figure that can hold an Eternal minifigure in its hand. And, if you're buying for a minifigure fan, this awesome LEGO playset is the only one to feature the Ajak and Kingo minifigures! Marvel Studios' The Eternals playsets LEGO Marvel The Eternals building toys are unique playsets with cool characters that inspire kids' imaginative play and take them to an endless universe of role-play fun.