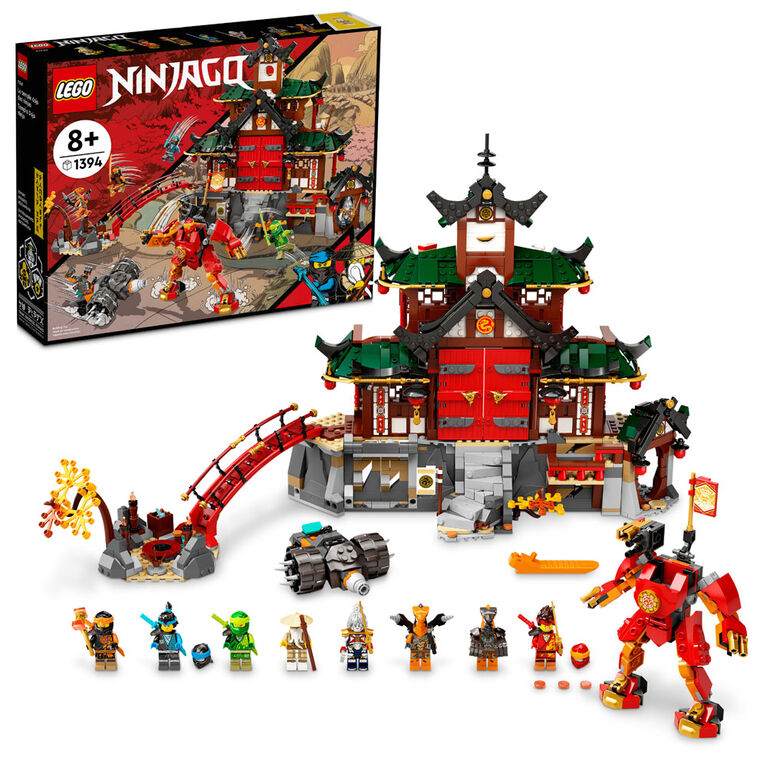 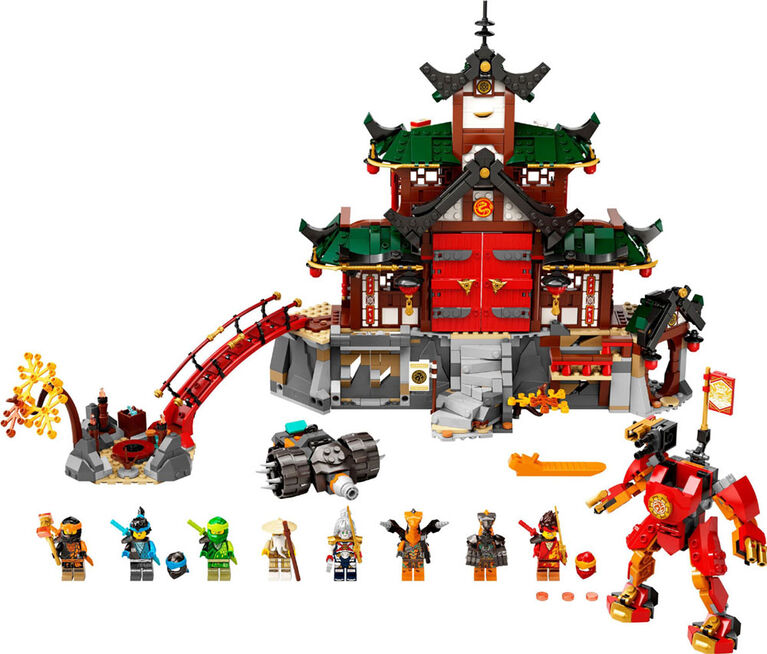 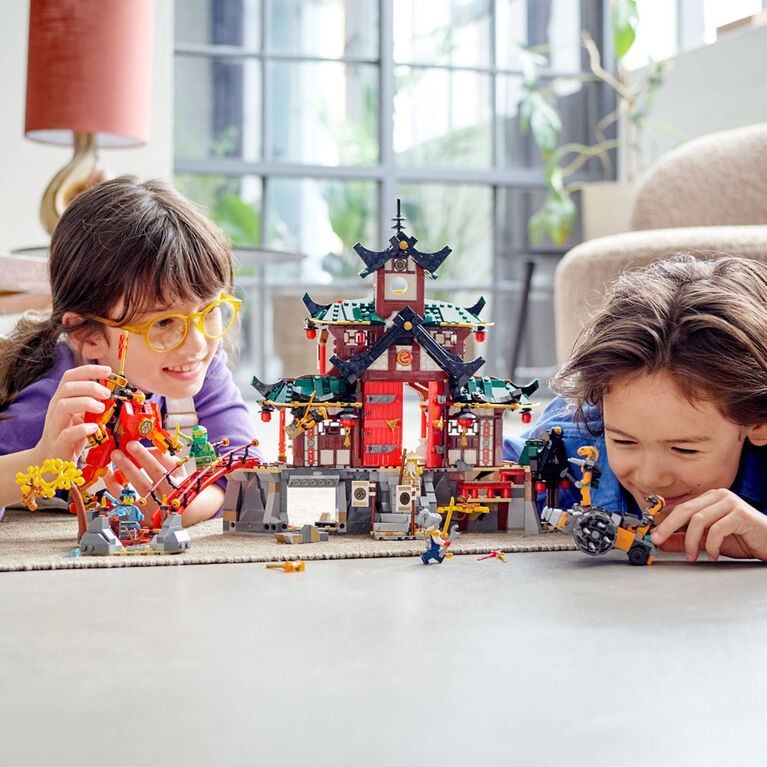 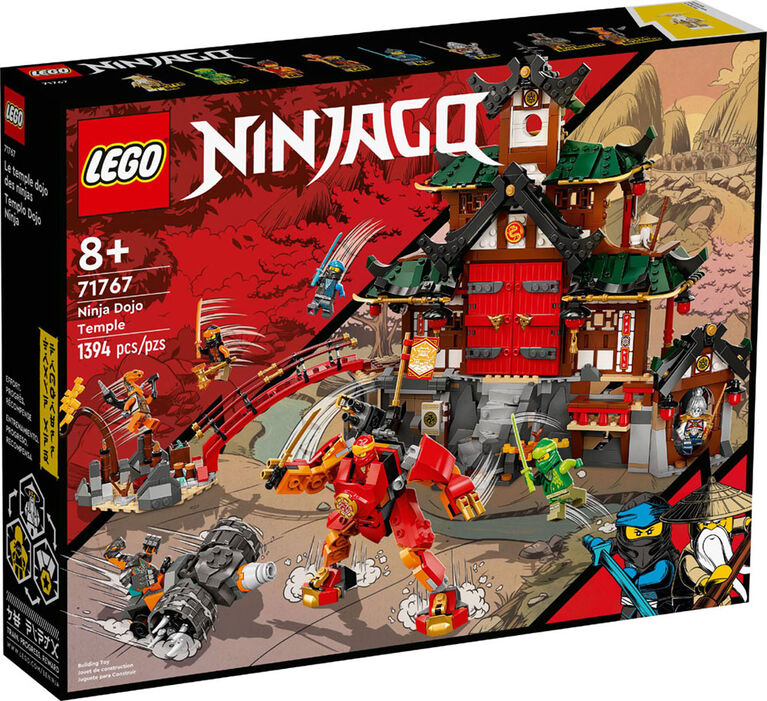 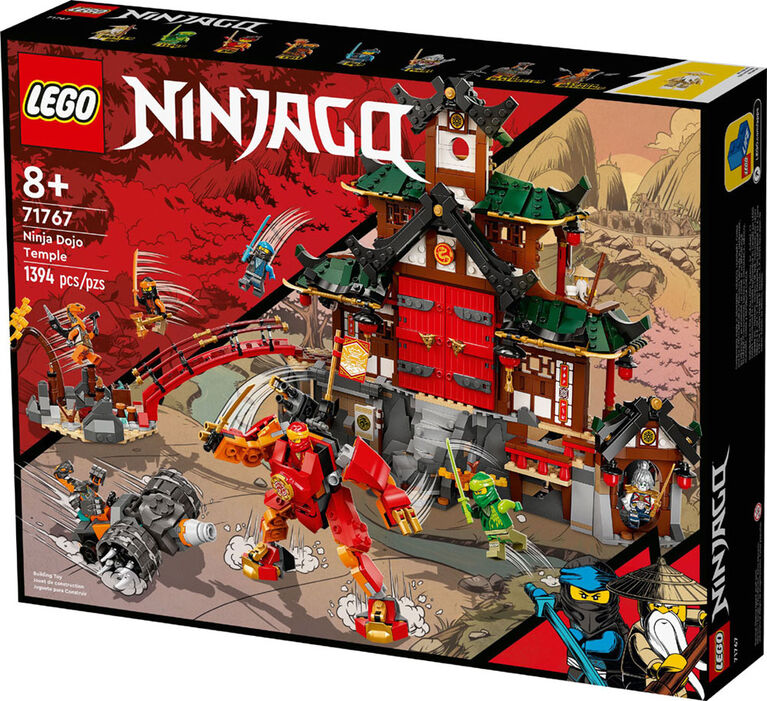 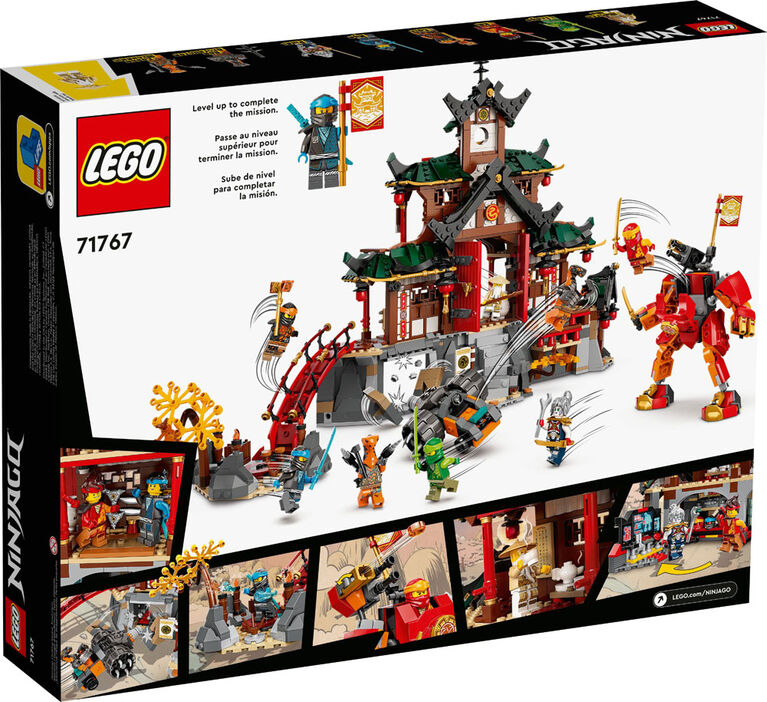 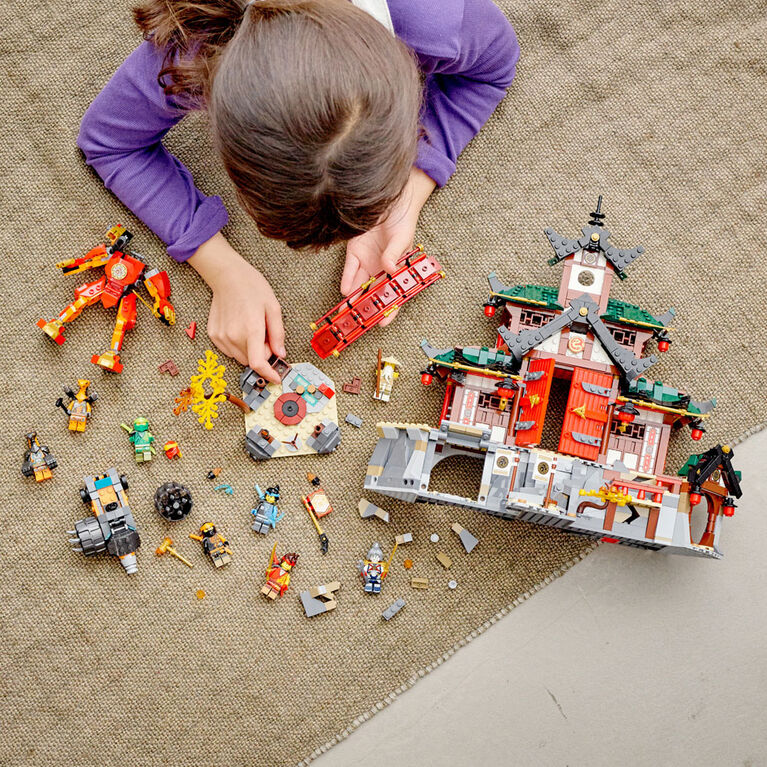 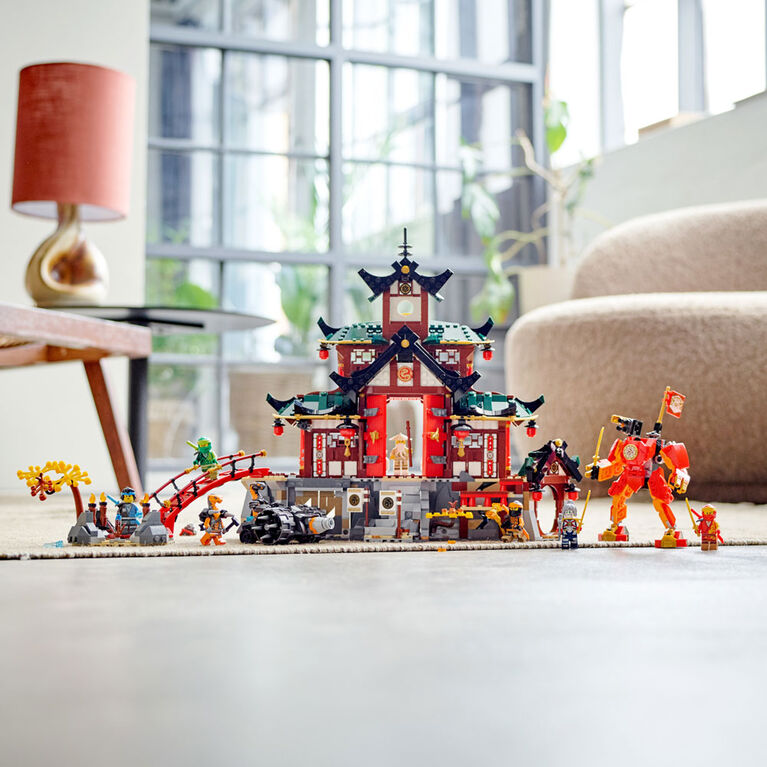 Pinch to zoom
Get ninja fans aged 8+ training their heroes and playing out battles with this amazing 3-tiered LEGO NINJAGO Ninja Dojo Temple (71767) playset packed with cool features. The dojo has a training area and 5 rooms, including Wu's tearoom, Pixal's workshop and an armory. Construction set to inspire independent play Ninja building kit includes 8 minifigures: Lloyd, Kai, Cole, Nya, Master Wu, Pixal, plus evil snake warriors Cobra Mechanic and Boa Destructor with their rammer vehicle, to play outfast-paced action. New for January 2022, when kids defeat the ninja enemies and complete their mission they are rewarded with a collectible banner. The best adventures for ninja fans NINJAGO toys lure kids away from their screens and into an enthralling world of fantasy action. Here they can team up with their brave ninja heroes to battle the forces of evil with an extensive collection of building sets including mechs, dragons and temples.