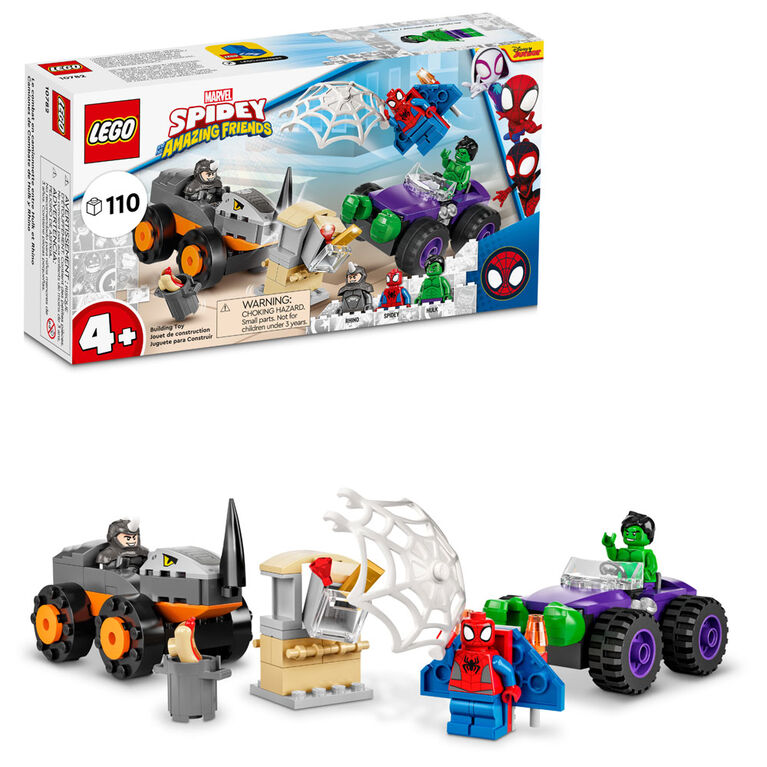 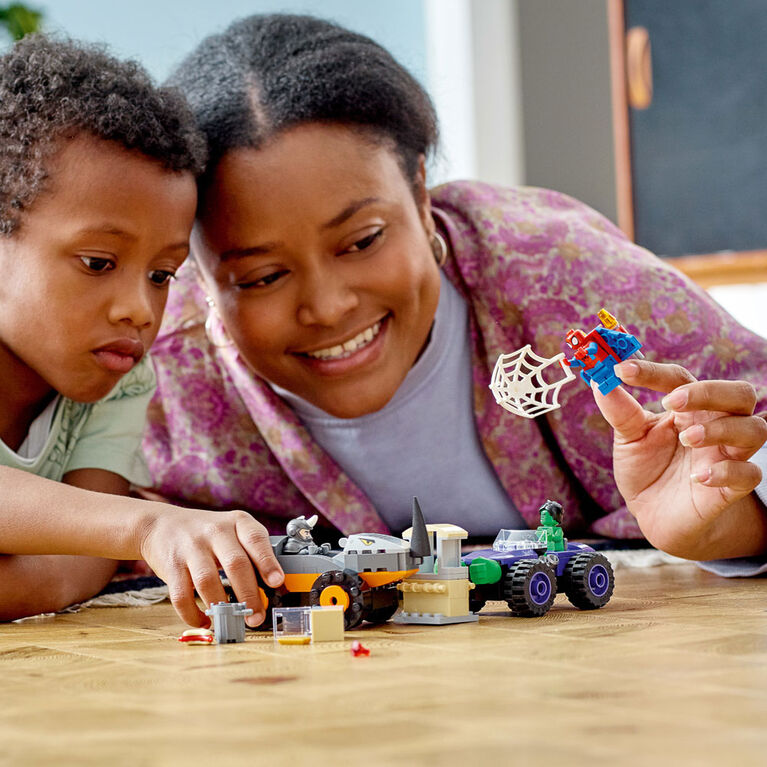 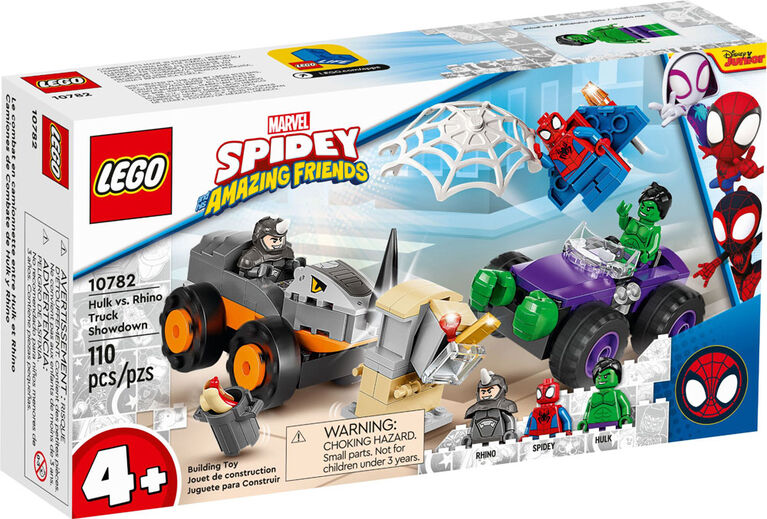 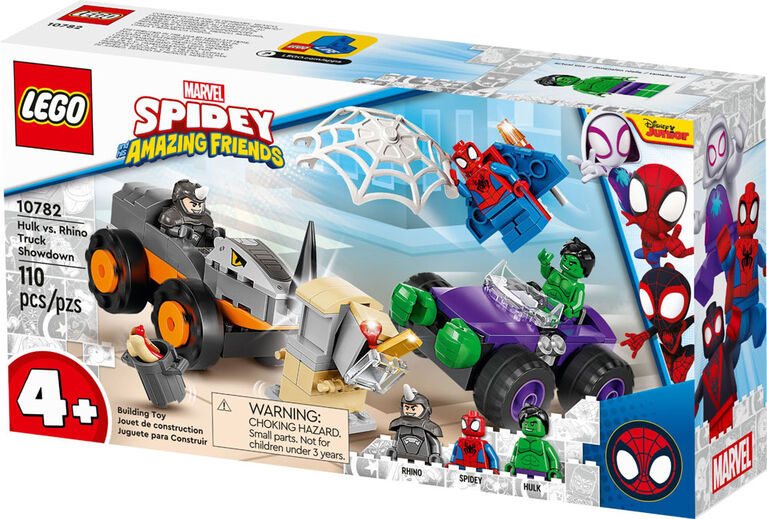 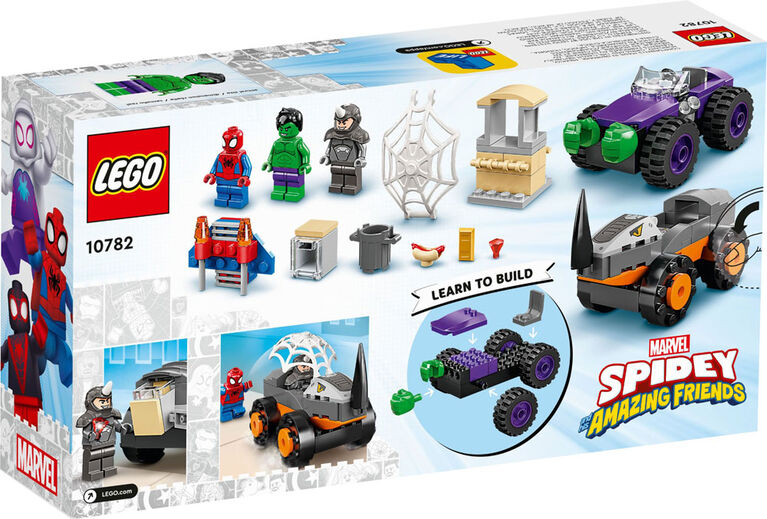 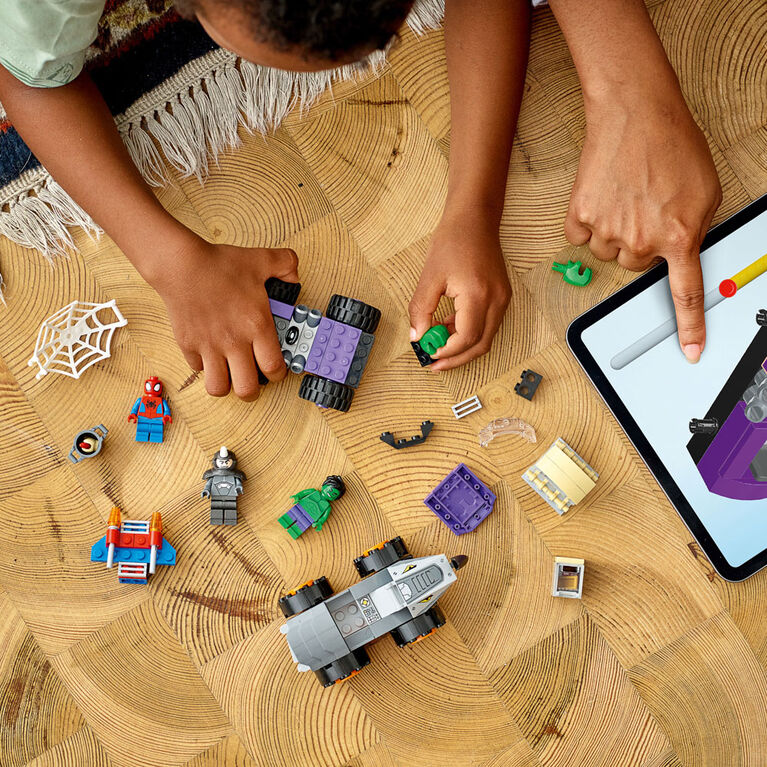 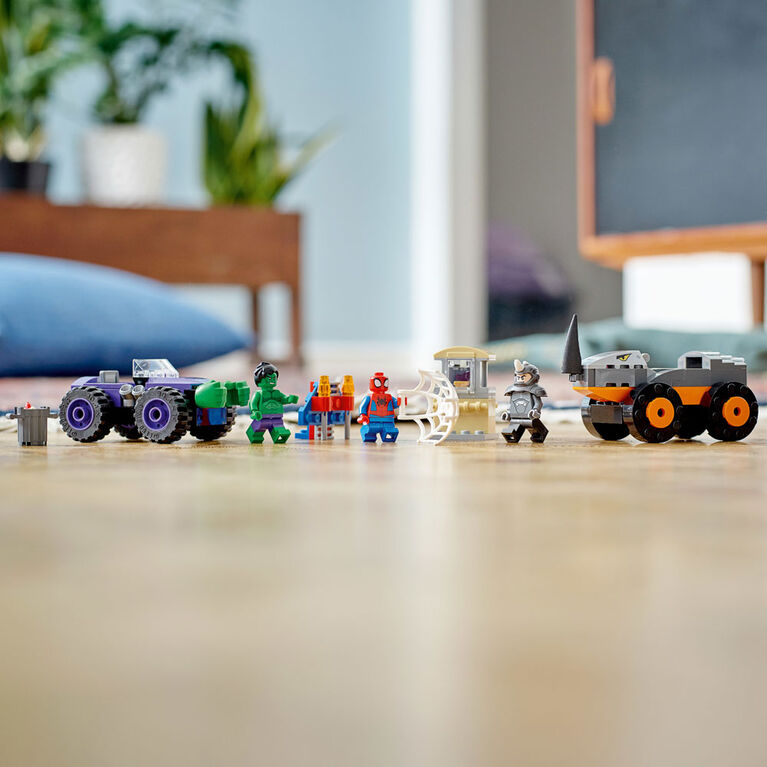 Pinch to zoom
The LEGO Marvel Spidey And His Amazing Friends Hulk vs. Rhino Truck Showdown (10782) building toy puts Super Heroes aged 4 and up in the driving seat as they race to save the day. Kids recreate scenes inspired by the popular Disney+ TV series as they help Spidey and the Hulk thwart Rhino's bank heist. Kids will love the battle wagons in this collectible, buildable toy set. Each monster vehicle features cool details - Rhino's truck has a ramming horn, while Hulk's has a pair of massive fists ready for smashing combat. Make building a breeze 4+ playsets get kids building fast. This one comes with 2 truck bases, so kids get to the play quickly. They don't even have to complete the whole build before the play begins because each bag of bricks contains a model and a character. Simple picture guides make building easy, even for kids who aren't yet reading. Grown-ups can also join in the fun, passing on their construction know-how to help little Spider-Man fans become master builders.