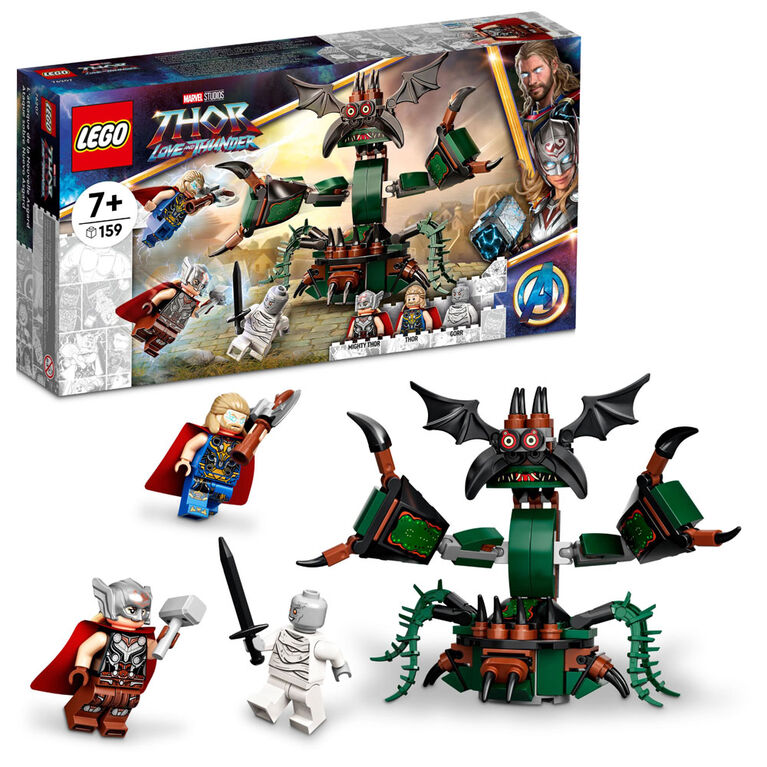 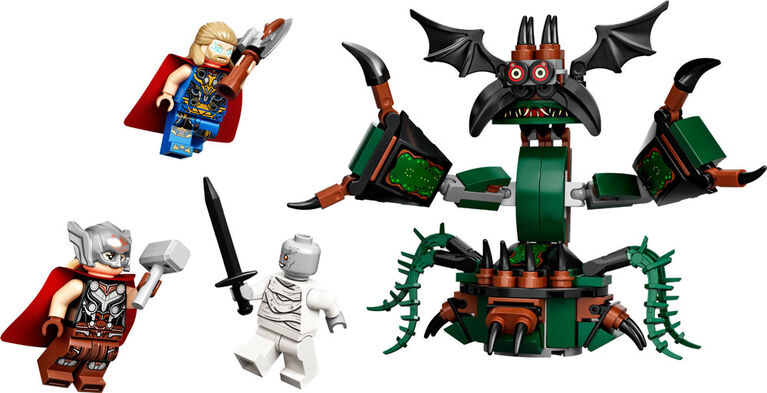 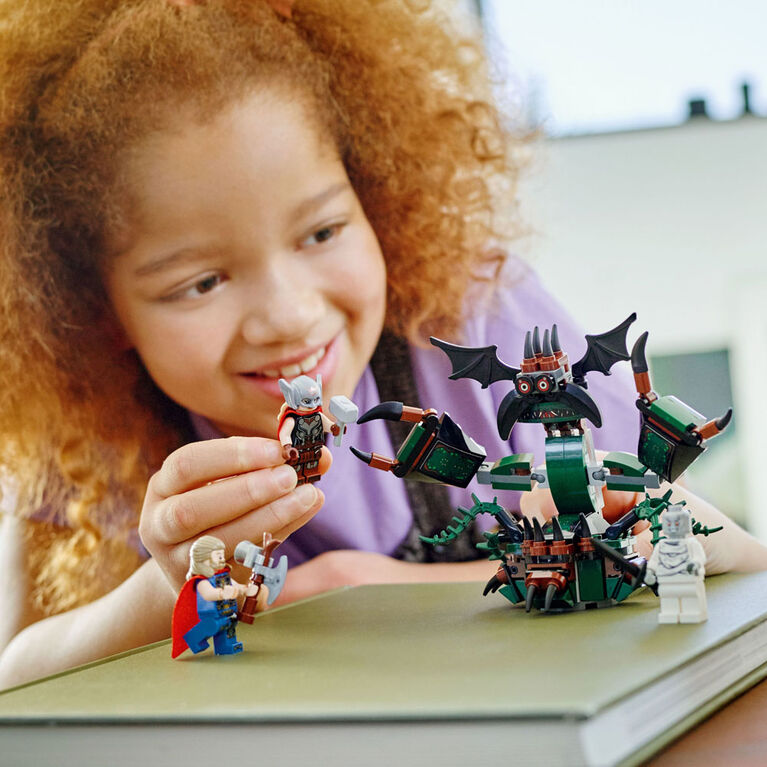 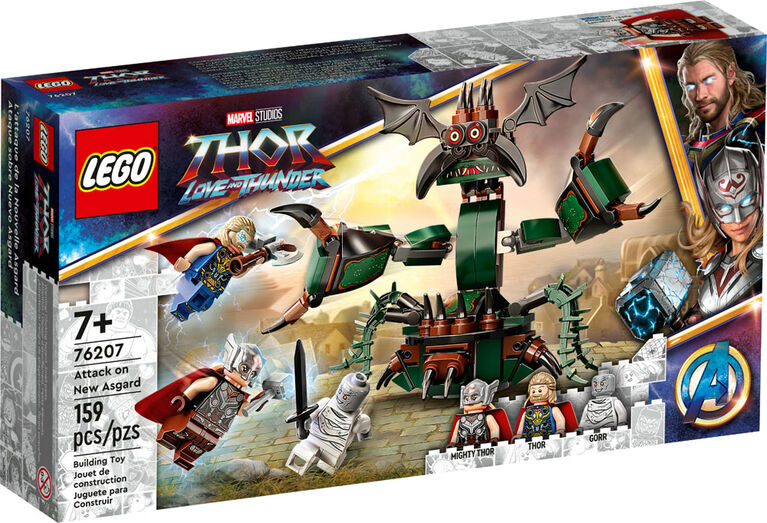 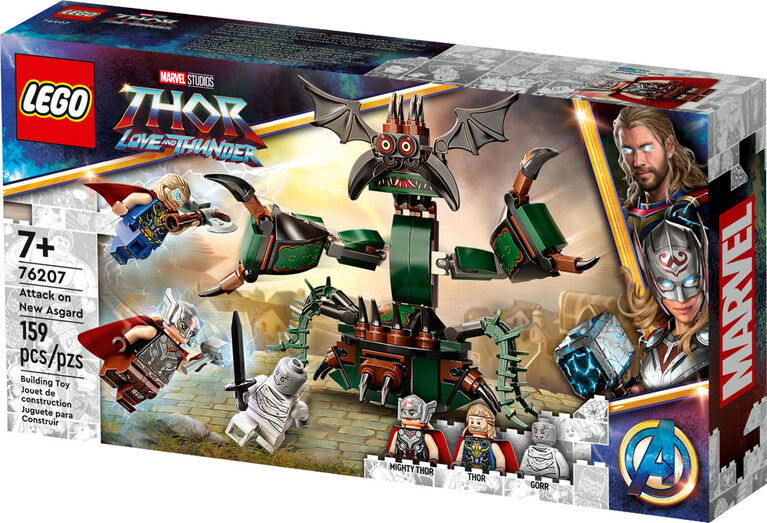 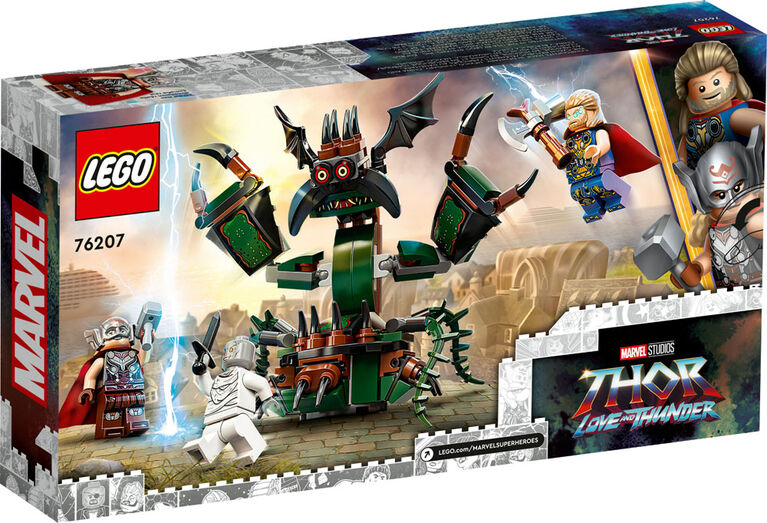 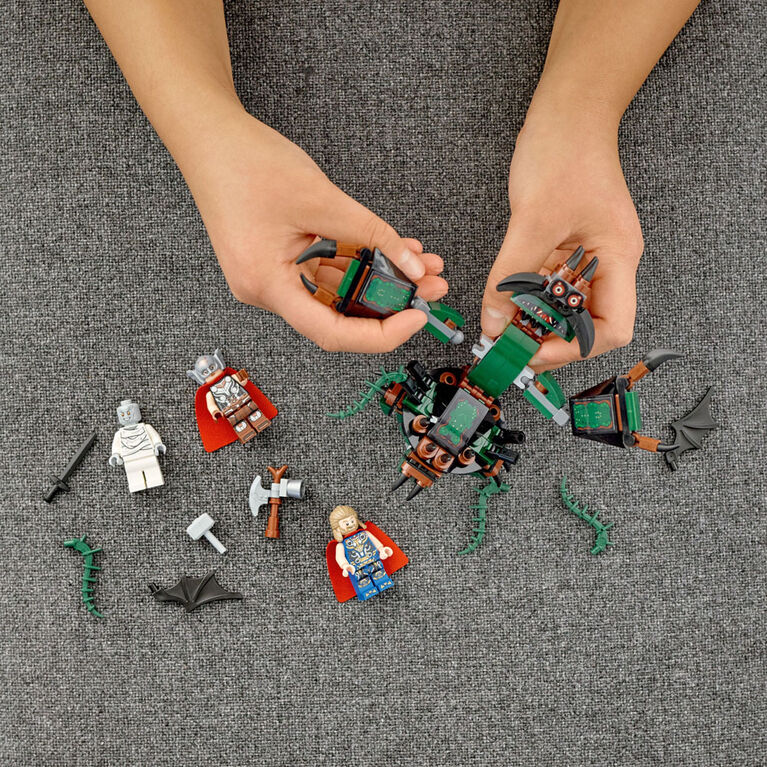 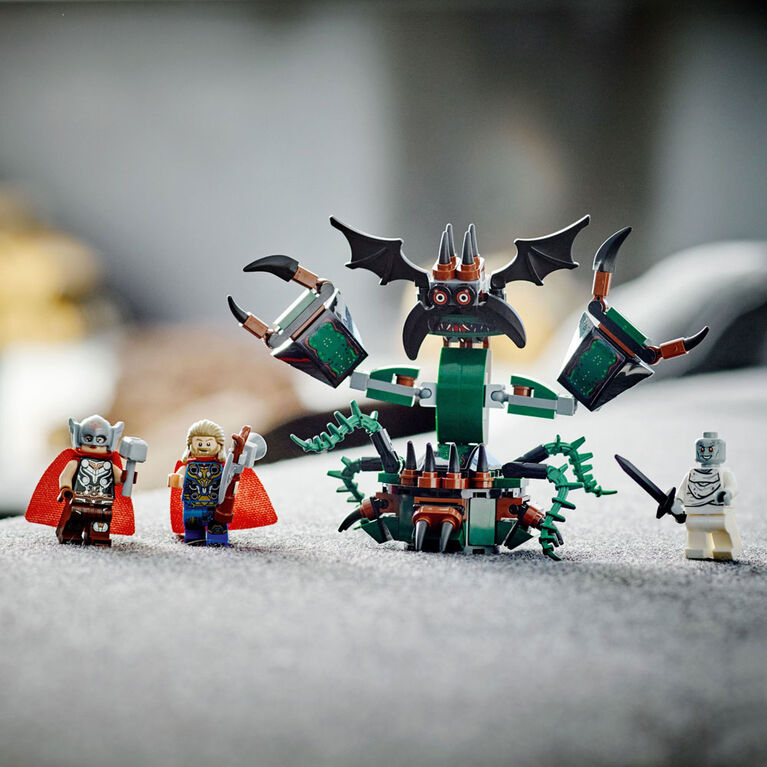 Pinch to zoom
Give Super Heroes aged 7 and up a monster treat with LEGO Marvel Attack on New Asgard (76207). This stand-out action playset from the Marvel Studios' Thor: Love and Thunder movie pitches the heroes against a creature built out of kids' imaginations. A must-have monster playset for Thor fans Kids can take on everyone's worst nightmare with this mega-monster, Super-Hero playset. The buildable toy includes 3 popular minifigures: Gorr, who summons the Shadow Monster to life; Thor, swinging hisStormbreaker axe; and Mighty Thor, carrying the Mjölnir hammer. The towering monster has jointed arms and claws to maximize both play and display possibilities. For extra construction fun, the free LEGO Building Instructions app contains intuitive, digital visualization tools, including zoom and rotate.