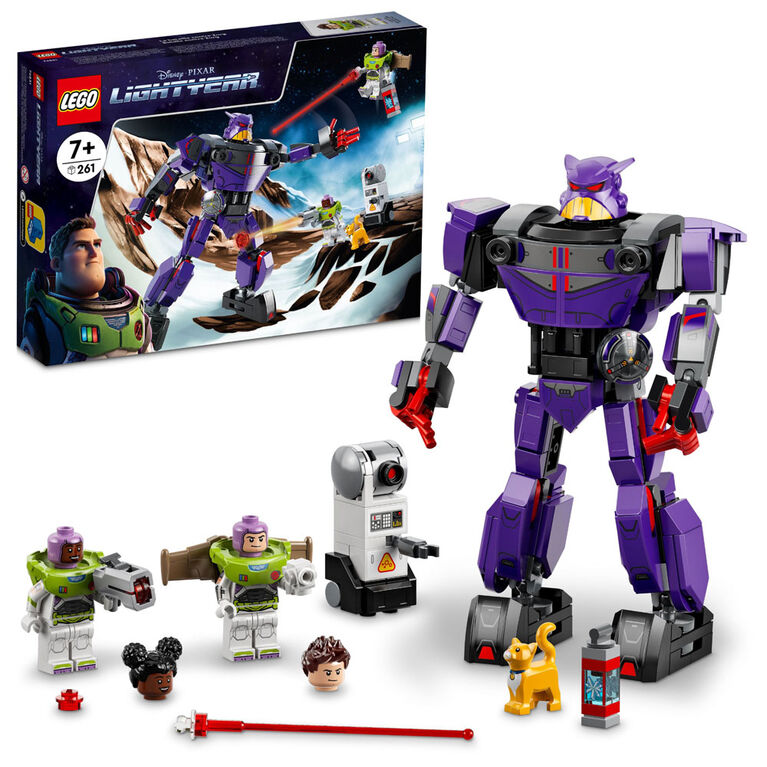 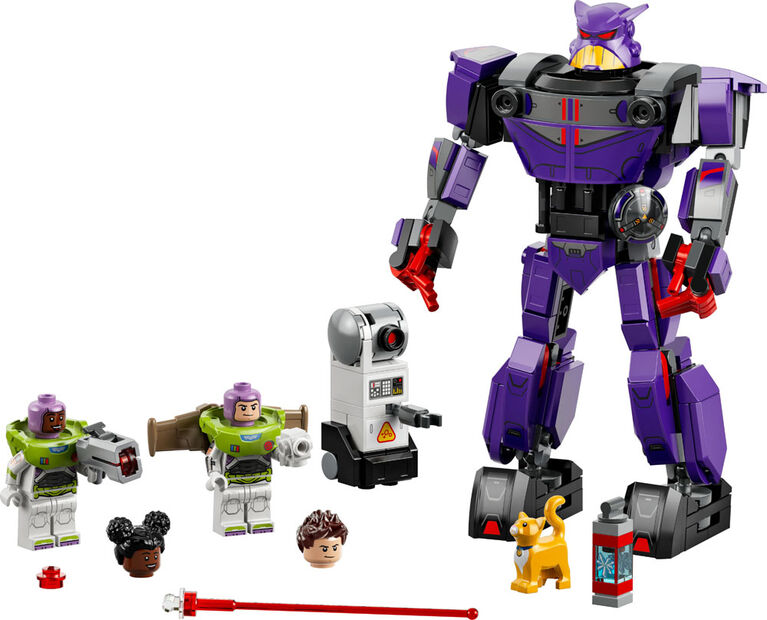 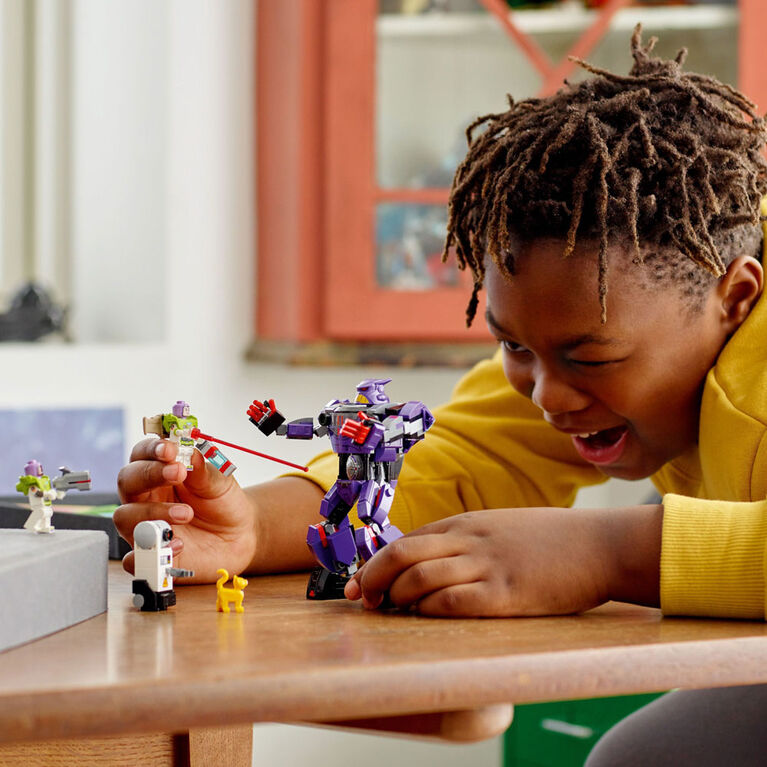 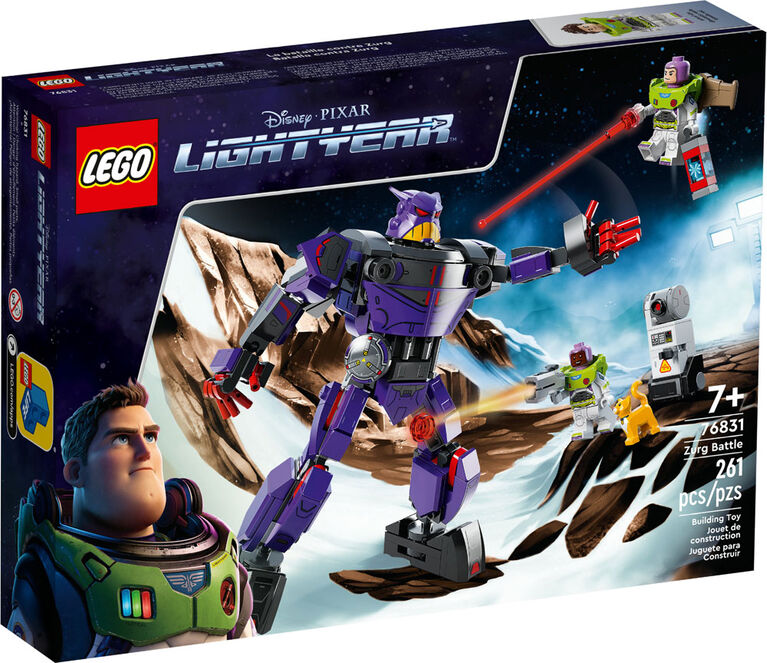 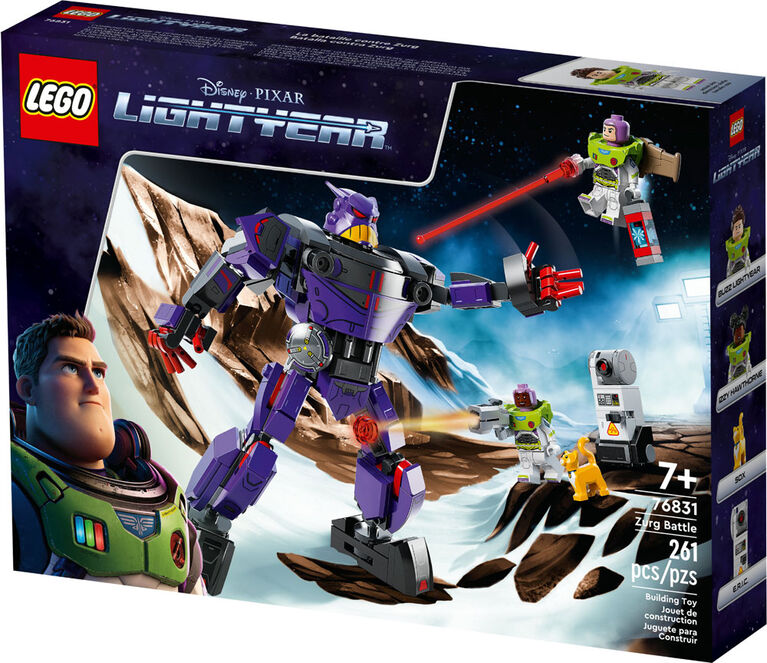 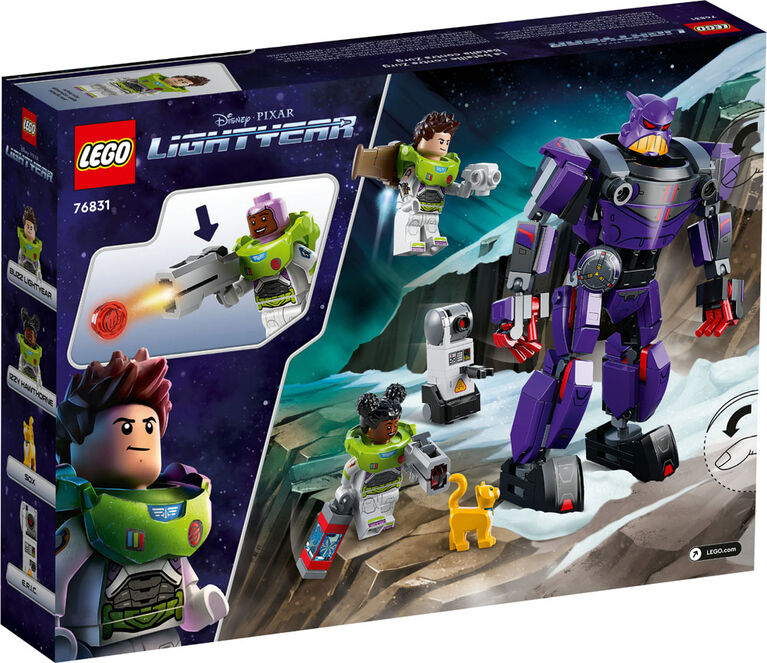 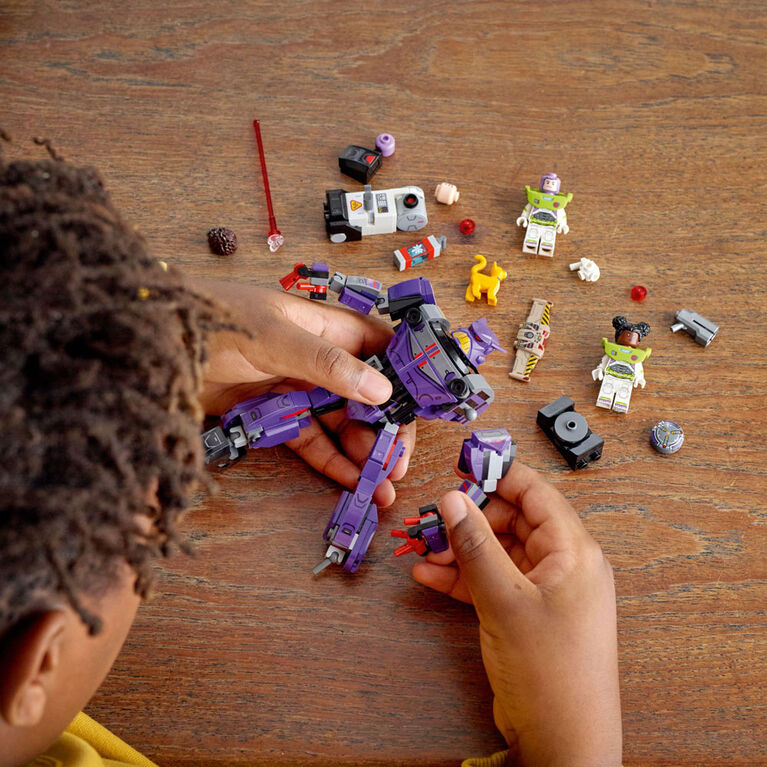 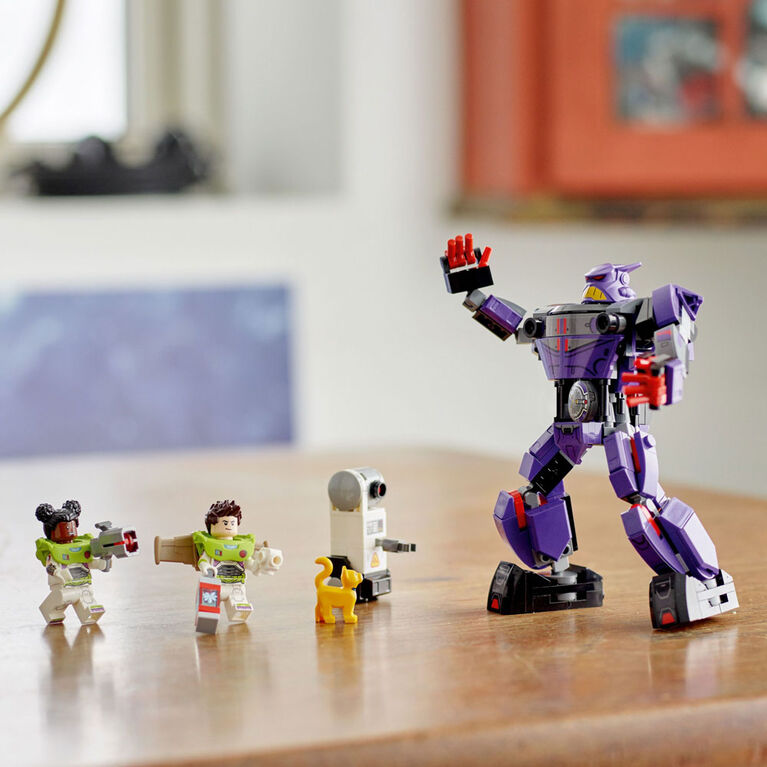 Pinch to zoom
Transport space fans aged 7 and up to the exciting interplanetary world of Disney and Pixar's Lightyear with Zurg Battle (76831). This creative playset delivers out-of-this-world fun as little Space Rangers join the Buzz Lightyear and Izzy minifigures and Sox the cat to beat evil villain Zurg and reclaim the fuel cell. Infinite fun Fans can reimagine scenes from the movie, the definitive origin story of Buzz Lightyear. They'll battle the evil Emperor Zurg, a buildable robot mech toy with movable arms and legs, using Izzy's cool stud shooter and Buzz's wrist laser. This collectible construction kit also encourages fans to venture off script and create cool new battle stories of their own where they'll learn that by working as a team they can beat the bad guys!