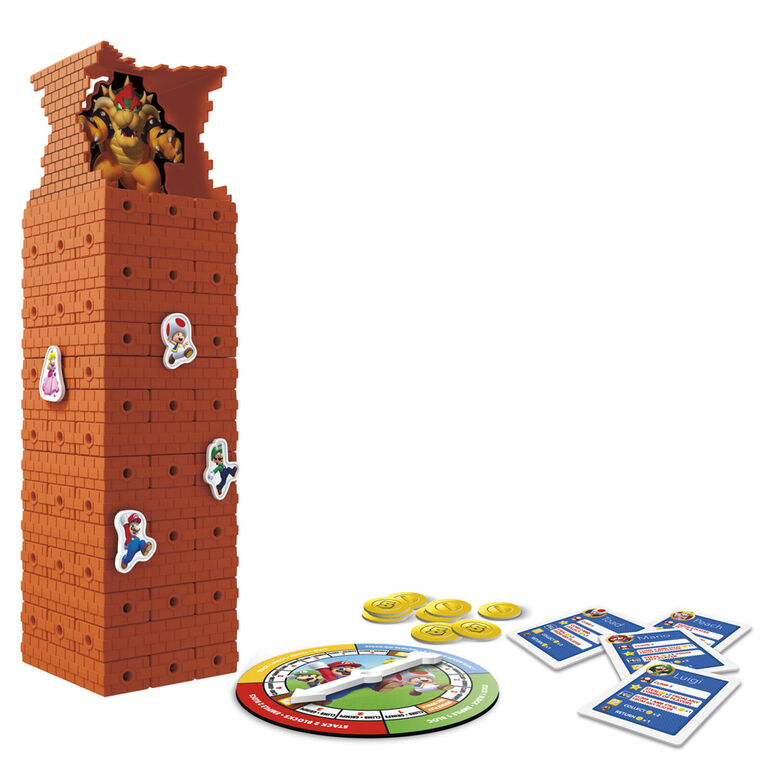 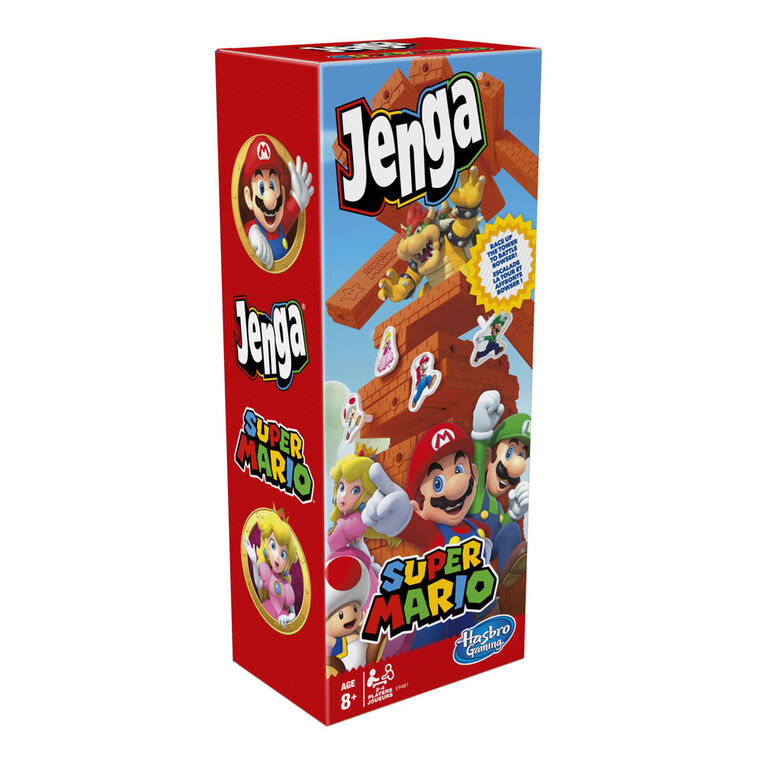 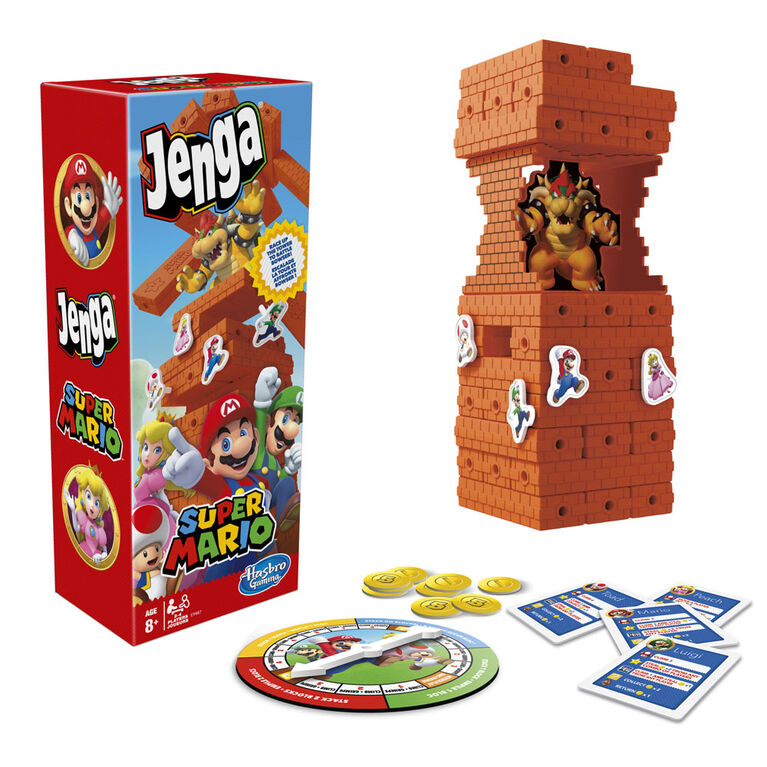 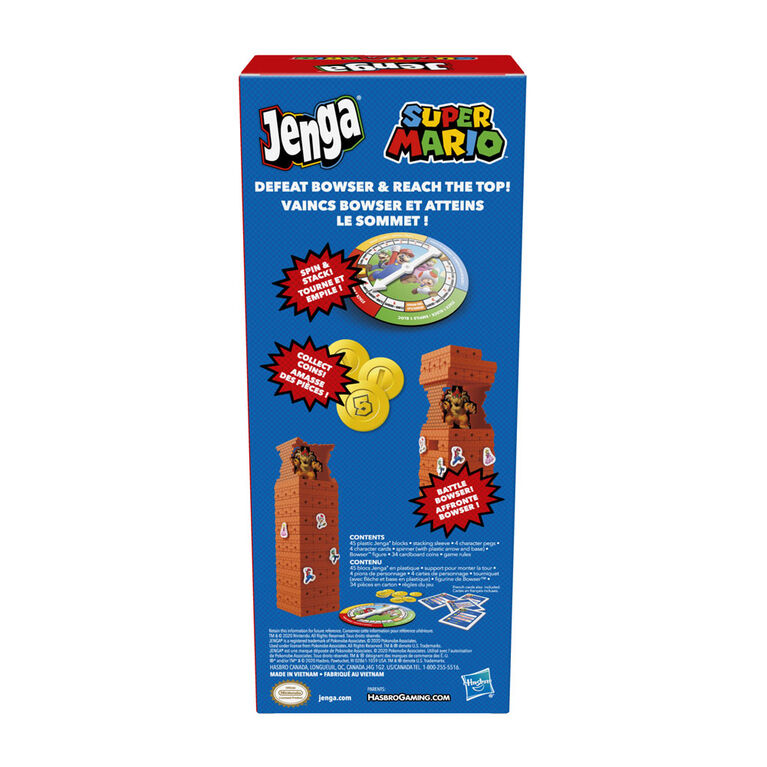 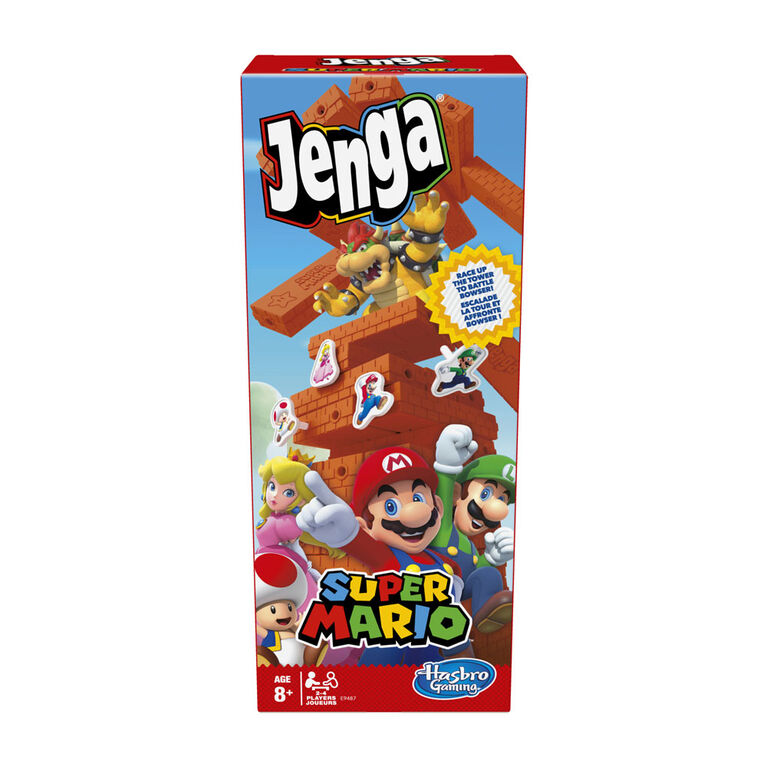 
Inspired by the beloved Super Mario video games, the Jenga: Super Mario Edition game has players racing up the tower as Mario, Luigi, Peach, or Toad. Each character gets its own character card to refer to throughout the game. Players earn points by collecting coins as they stack, steal, climb, and defeat Bowser. But watch out...if the tower falls on a player's turn, they'll lose coins and it's game over. Spin the spinner to find out the next move: How many layers to climb, how many blocks to remove and stack, whether to collect coins, or whether the game will reverse directions. It's a battle to the top as players move their own pegs up and their opponents' pegs down, all while trying not to make the tower crash. It's a great gaming experience for fans of Super Mario and Jenga alike!

Trademark and Copyright 2020 Nintendo.
JENGA is a registered trademark of Pokonobe Associates.
Hasbro Gaming and all related trademarks and logos are trademarks of Hasbro.