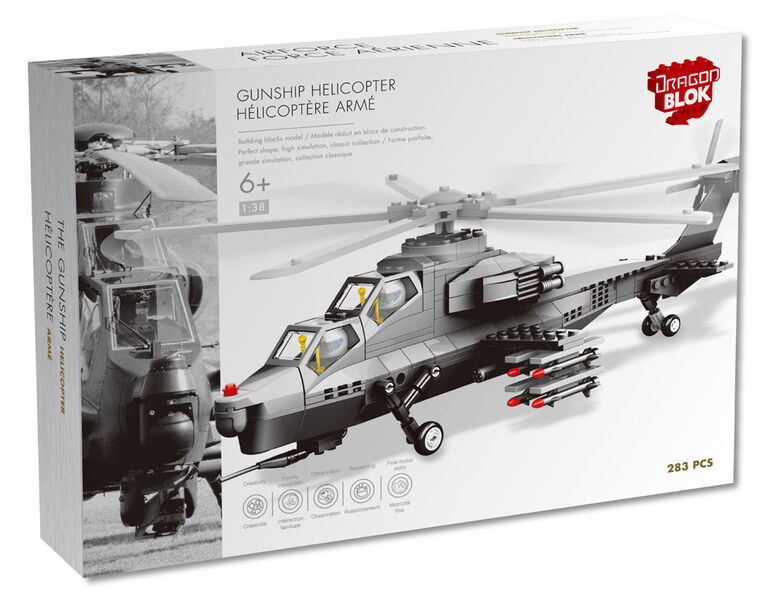 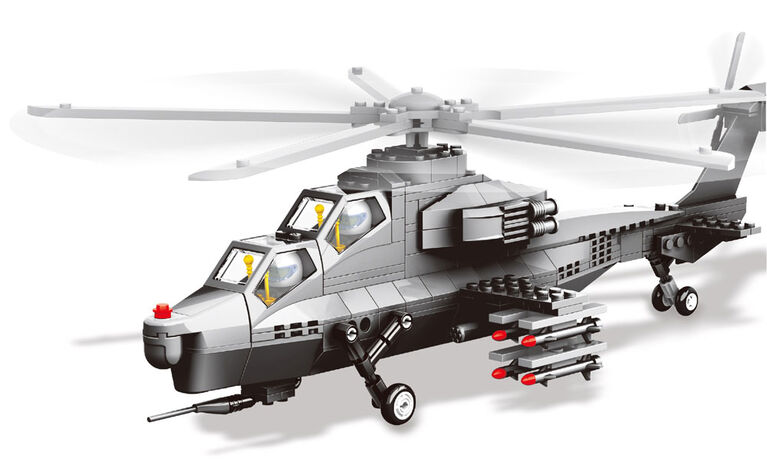 Pinch to zoom
R Exclusive, only available at Toys R Us Canada. The CAIC Z-10, also called WZ-10, is an attack helicopter developed by the People's Republic of China. It is designed primarily for anti-tank warfare missions but has secondary air-to-air capability as well. It was designed by Kamov design bureau of Russia under a contract with the Chinese government. It was further developed and flight tested by the 602nd Research Institute under Wu Ximing and is being built by Changhe Aircraft Industries Corporation (CAIC).