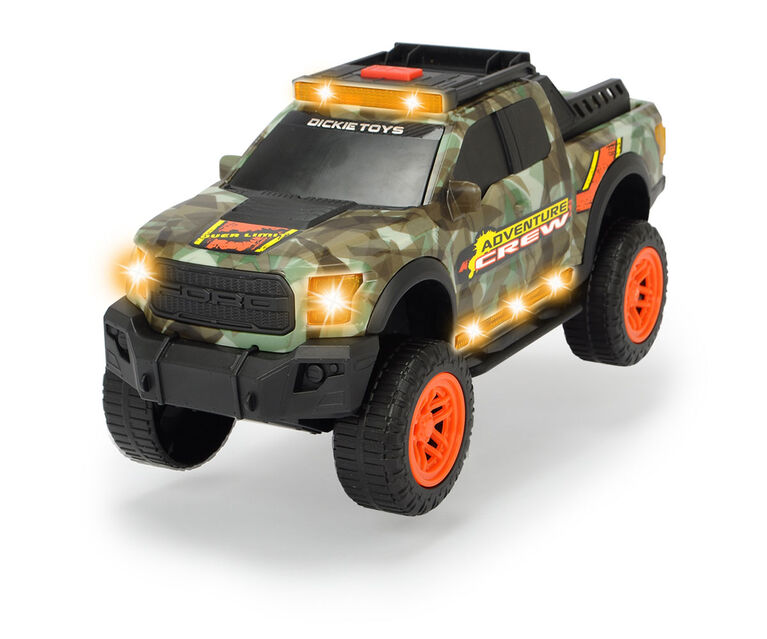 The Ford F150 Raptor Adventure takes off
This toy version of the famous Ford F150 Pick Up Truck races ahead of the original in
several ways. The highlight, however, are the light and sound effects: a horn, engine sounds and even music. With a new developed method of applying color to the bodywork, Dickie Toys has ensured that each bodywork has an individual design. This makes your Raptor unique! Through its cool camouflage look, the Ford F150 Raptor Adventure will turn your children's room into a landscape full of adventure. Thanks to the Try Me function, the batteries are already inserted and you can start right away!