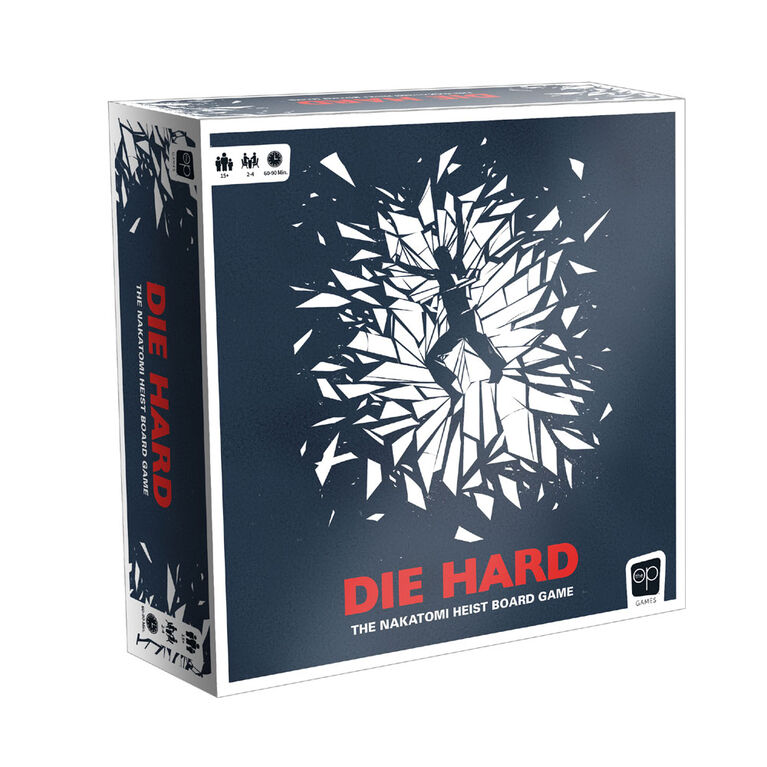 Players square off in this one-versus-many game of stealth, combat, and action-tactics. Die Hard: The Nakatomi Heist Board Game is a one-versus-many game of stealth, combat, and action-tactics. Players will square off with a deck of cards and a map of Nakatomi Plaza between them. Three acts worth of goals will move them through the story of the original Die Hard film. The thieves must work together efficiently and signal each other effectively to hack through the vault's locks and stop John McClane. McClane must plot his path and manage his cards carefully to fight his way through and kill Gruber. AGE 15+. 2-4 Players. 60-90 Minutes