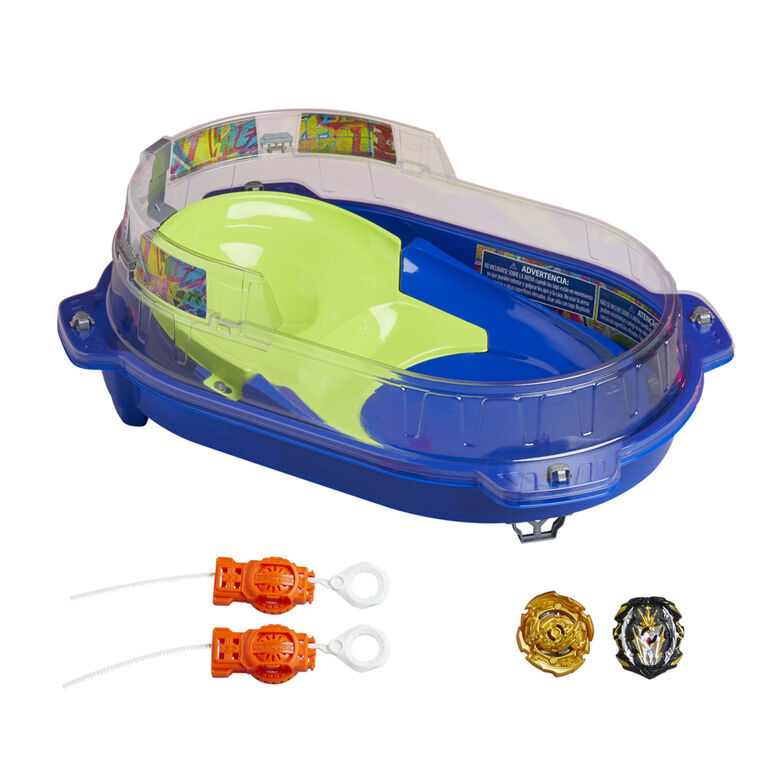 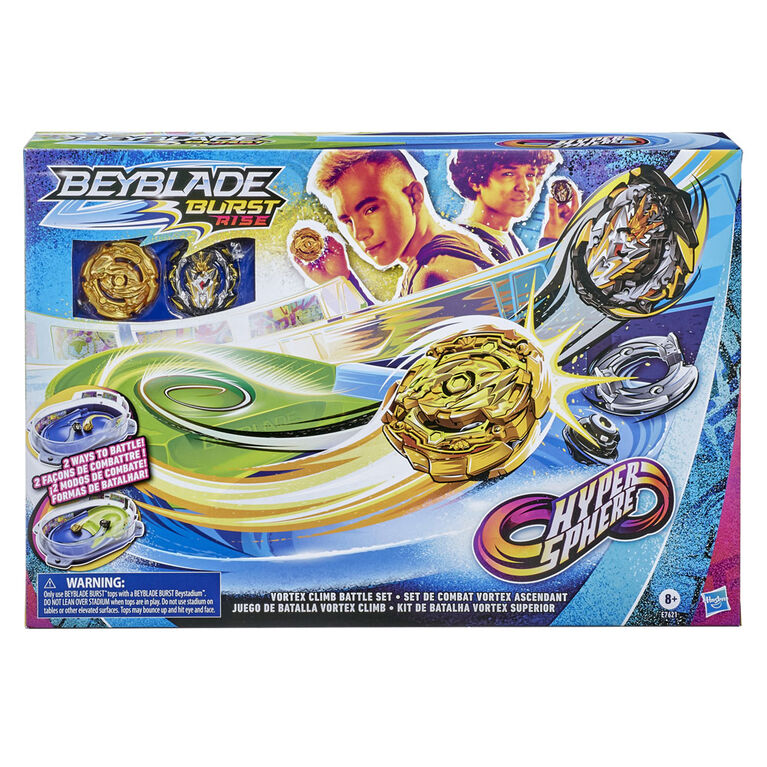 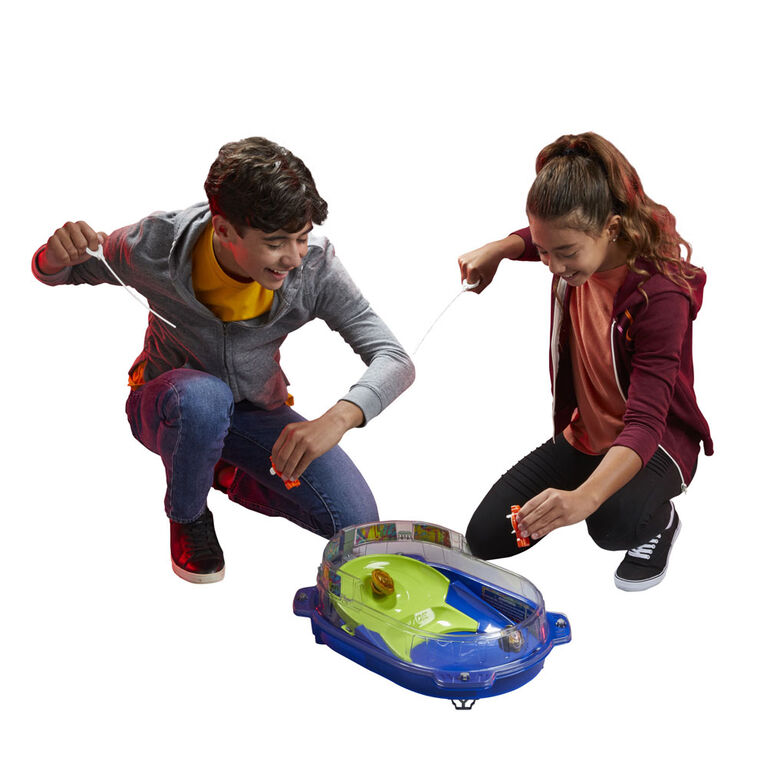 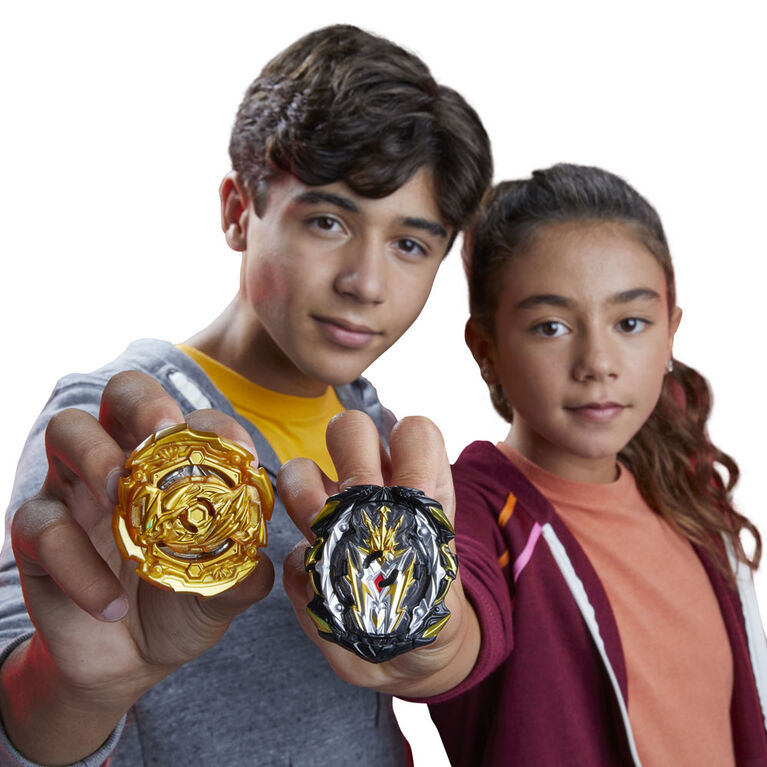 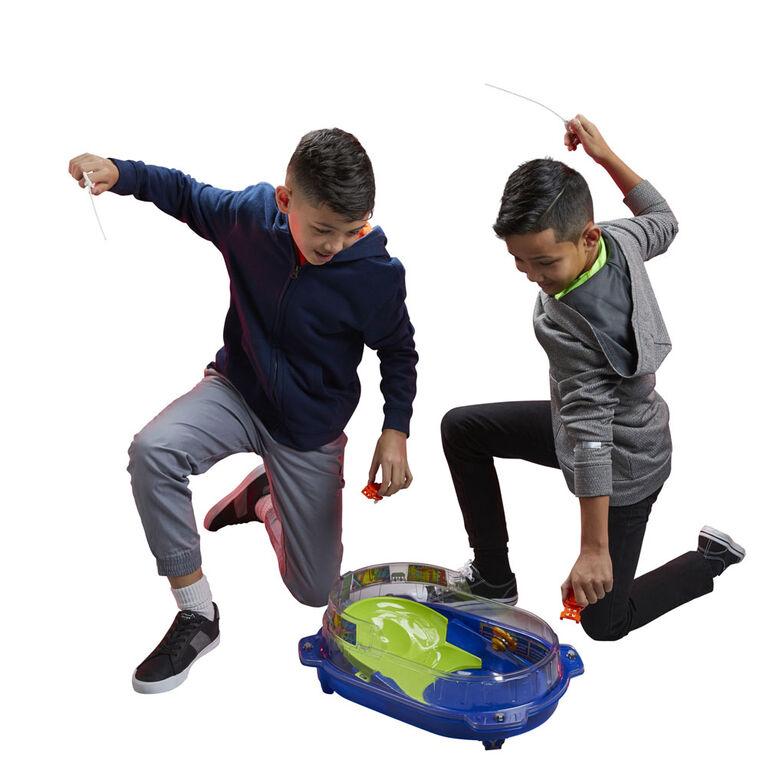 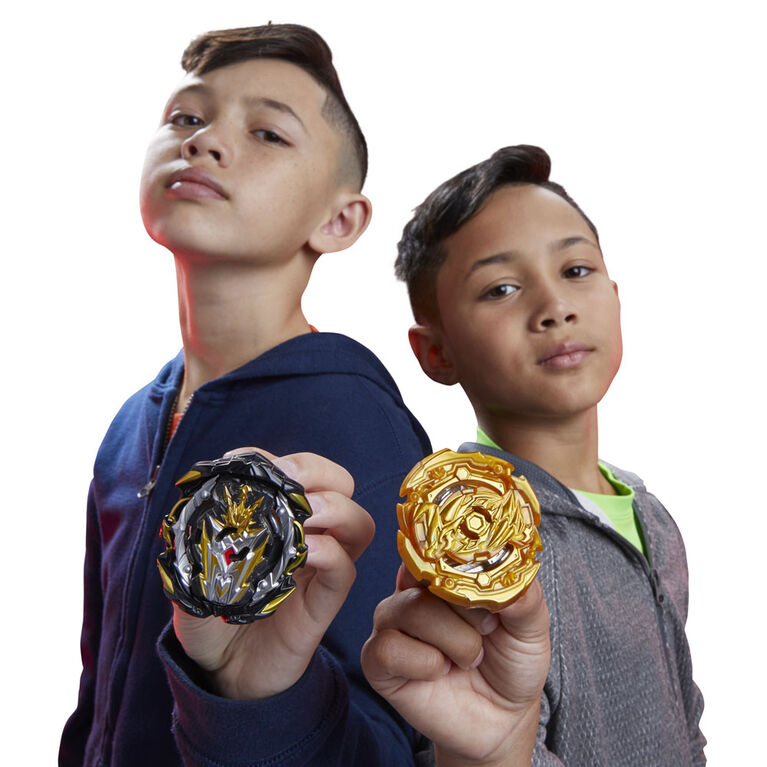 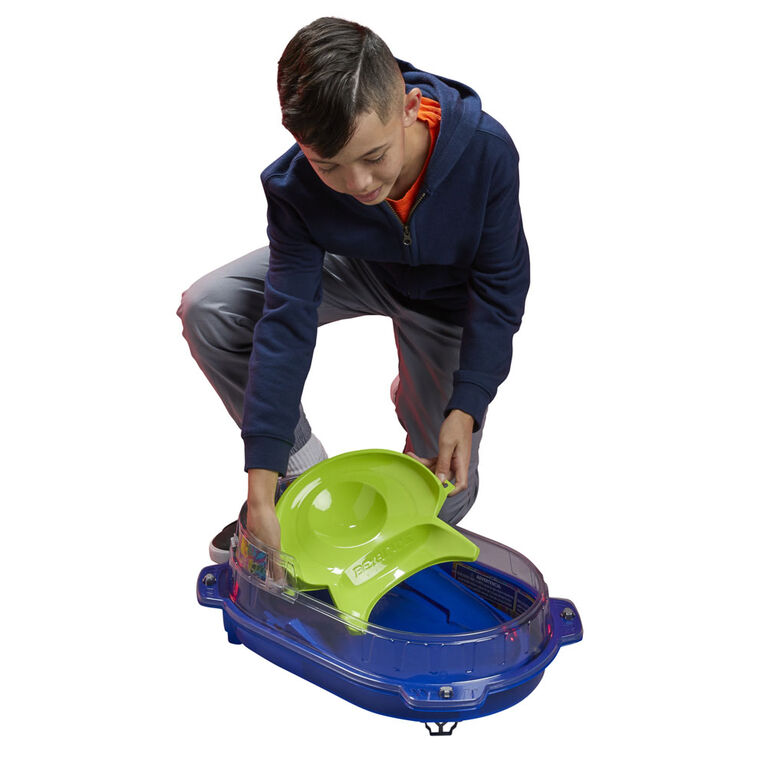 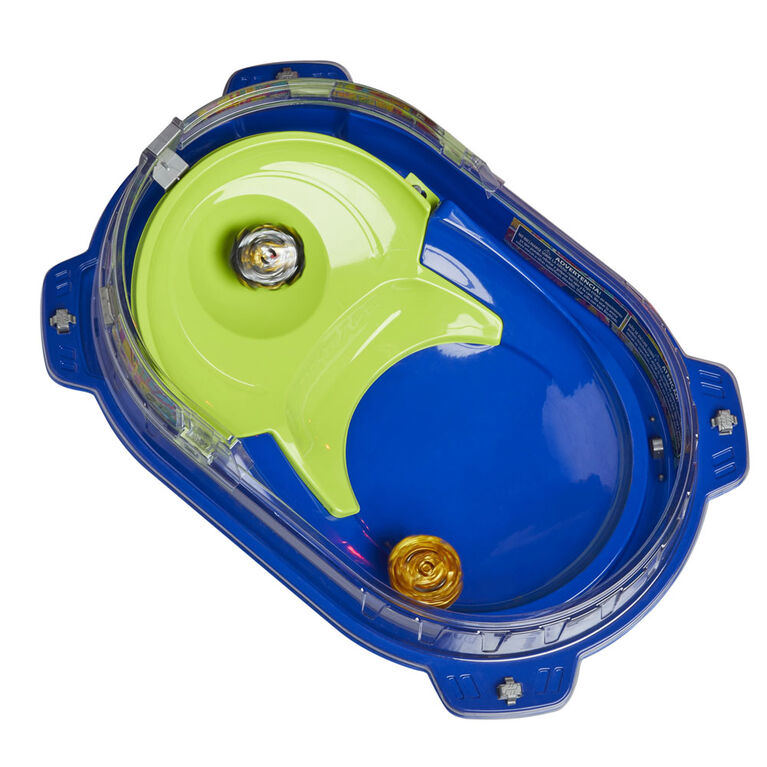 
Drop in to victory with Beyblade Burst Rise Hypersphere tech! Hypersphere Vortex Climb customizable Beystadium consists of 4 sections specially designed for exciting Beyblade Burst battles. Climb up the ramp to speed up your attack in the Battle Axis, then drop in from the top level for head-to-head collisions. Get the drop on your opponents for exciting, high-intensity battles!

Battle Axis level is removable for 2 ways to play. Customize the course of battle, take your strategy to the next level, then drop in and battle.

Ages 8 and up
Warning: Choking Hazard -- Small parts. Not for children under 3 years.
Warning: Only use Beyblade Burst tops with a Beyblade Burst Beystadium. Do not lean over stadium when tops are in play. Do not use stadium on tables or other elevated surfaces. Tops may bounce up and hit eye and face.
APP AVAILABLE AT LEAST THROUGH 6/30/2022. BEYBLADE BURST app works with select Android and iPhone, iPad, iPod touch devices (iOS 8 or later required). App not guaranteed to be compatible with any future operating systems or devices. See beyblade.hasbro.com for app availability and compatibility with supported devices and operating systems. Website and app not available in all languages/countries. Fees may apply.
Note: Hasbro is only responsible for Hasbro-generated content. Please refer to third party terms and conditions for further information.