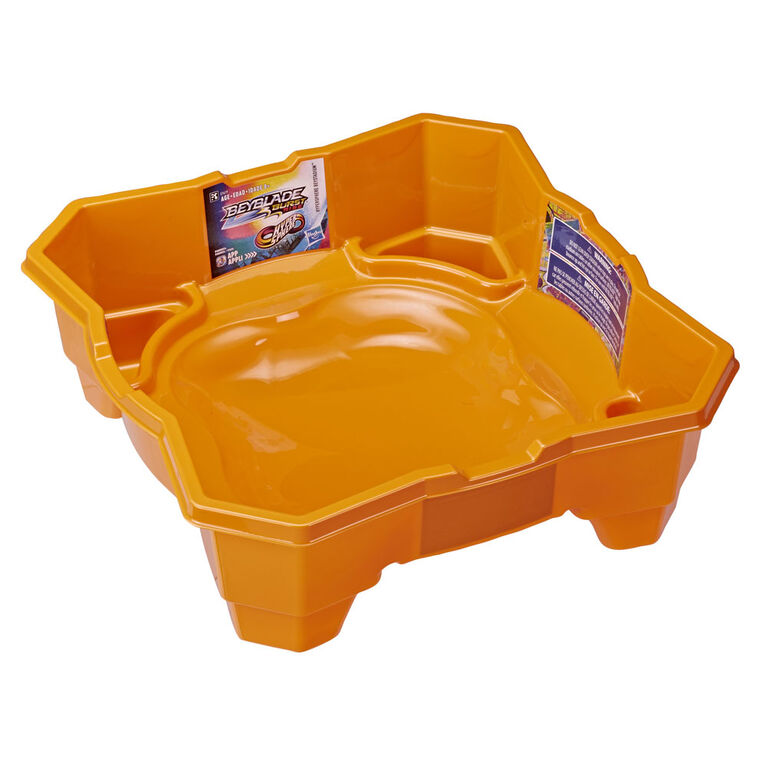 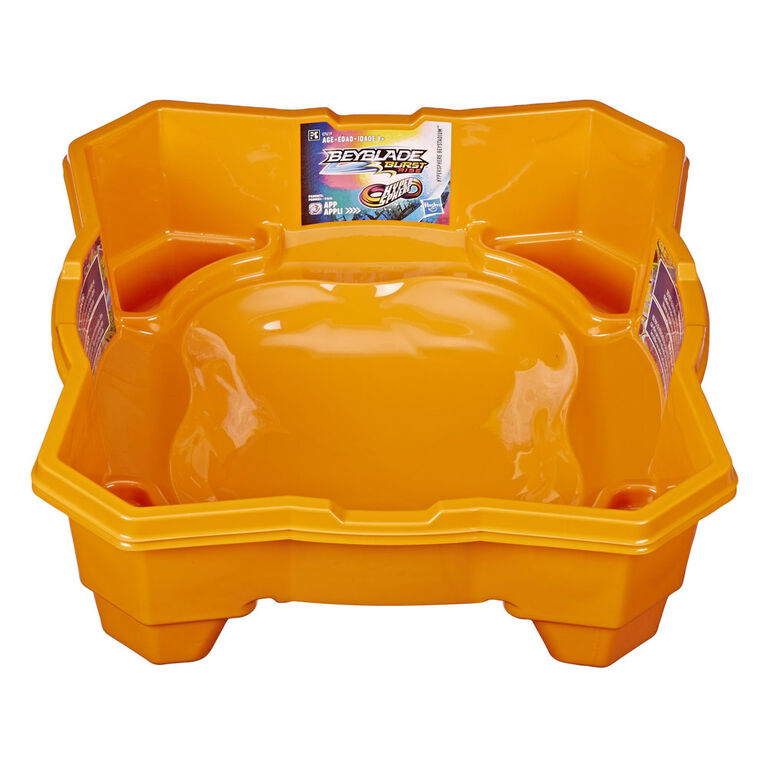 Drop in to victory with Beyblade Burst Hypersphere tech! Hypersphere Beystadium consists of 3 sections specially designed for exciting Beyblade Burst battles. Climb the vertical wall of the Beystadium to reach the brink and gain an edge over your contenders. Then, speed along the brink and drop in to the battle ring for head-to-head collisions. Get the drop on your opponents for exciting, high-intensity battles!

Requires Beyblade Bursts tops and launchers to battle (Each sold separately. Subject to availability.) To optimize drop-in strategy, battle with Hypersphere tops specially designed to climb the vertical wall and battle on the brink!