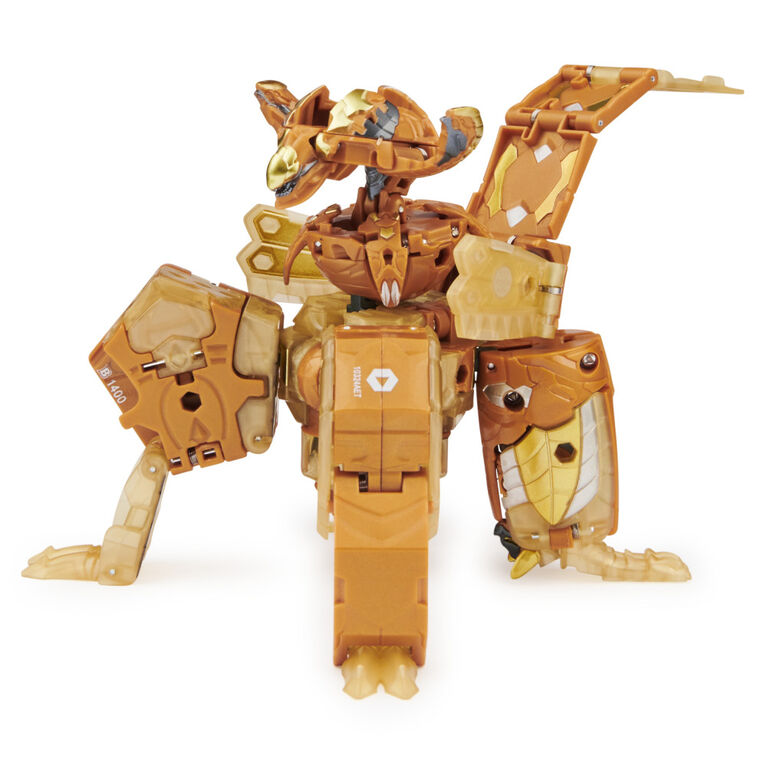 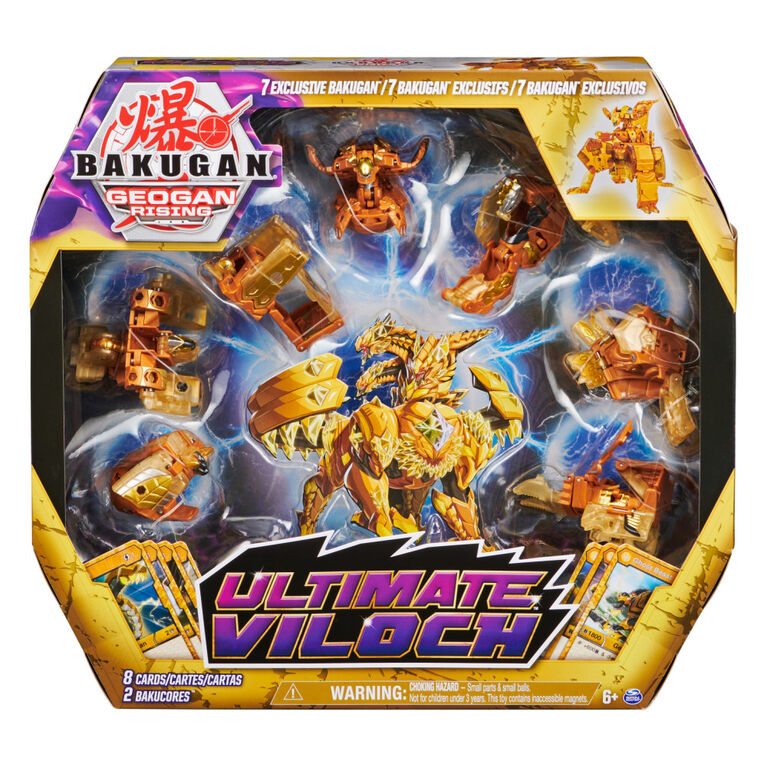 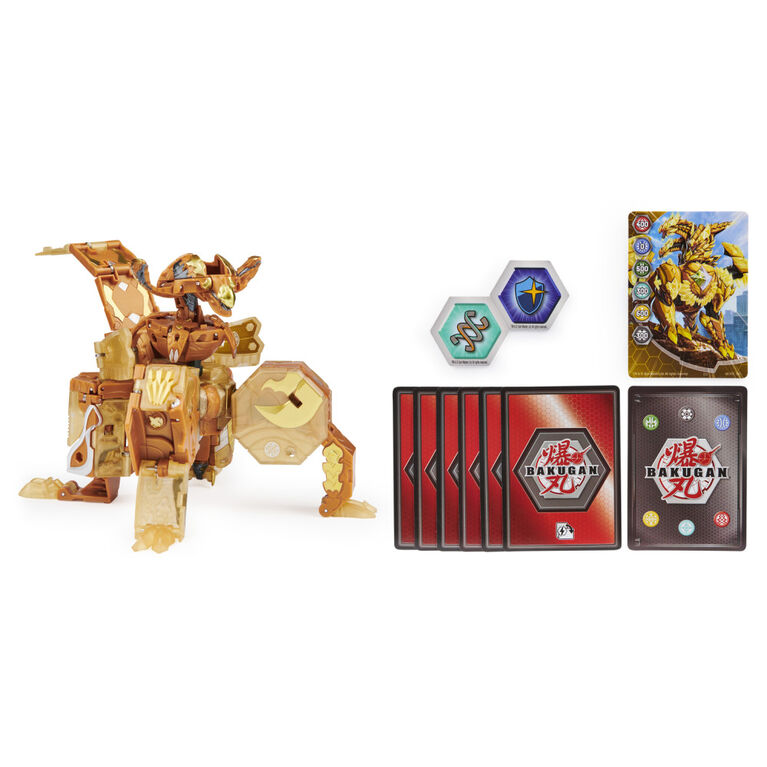 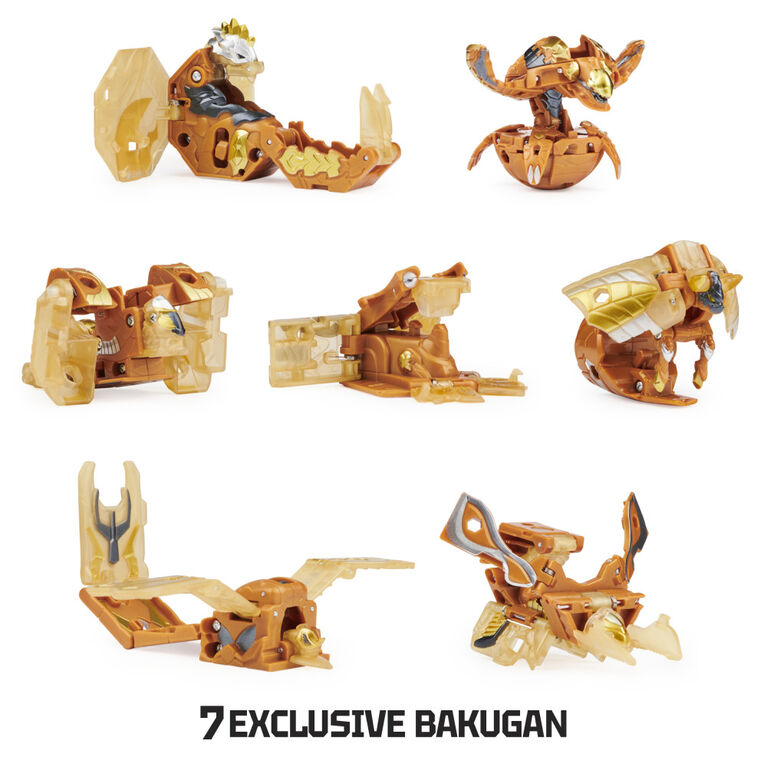 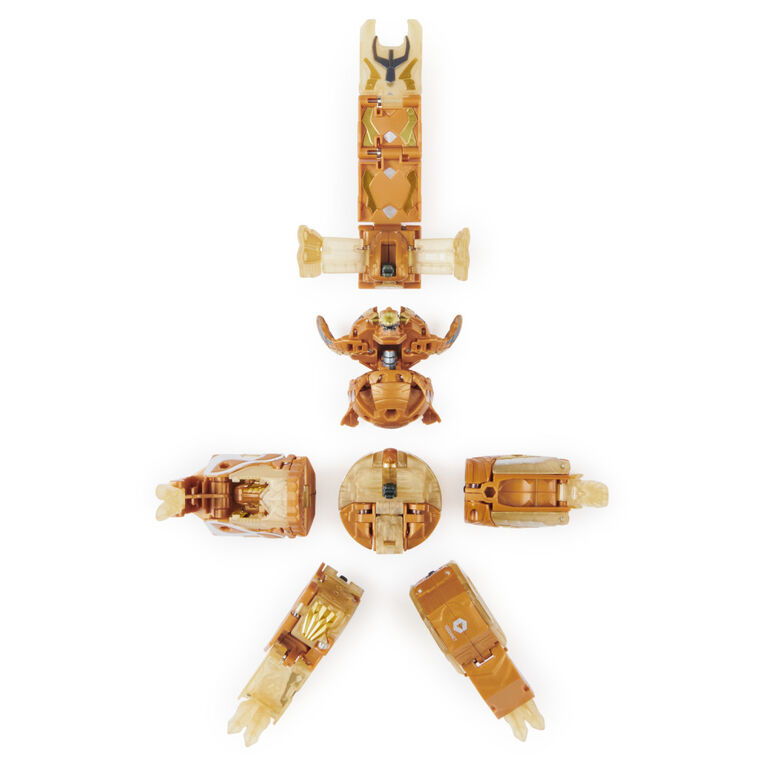 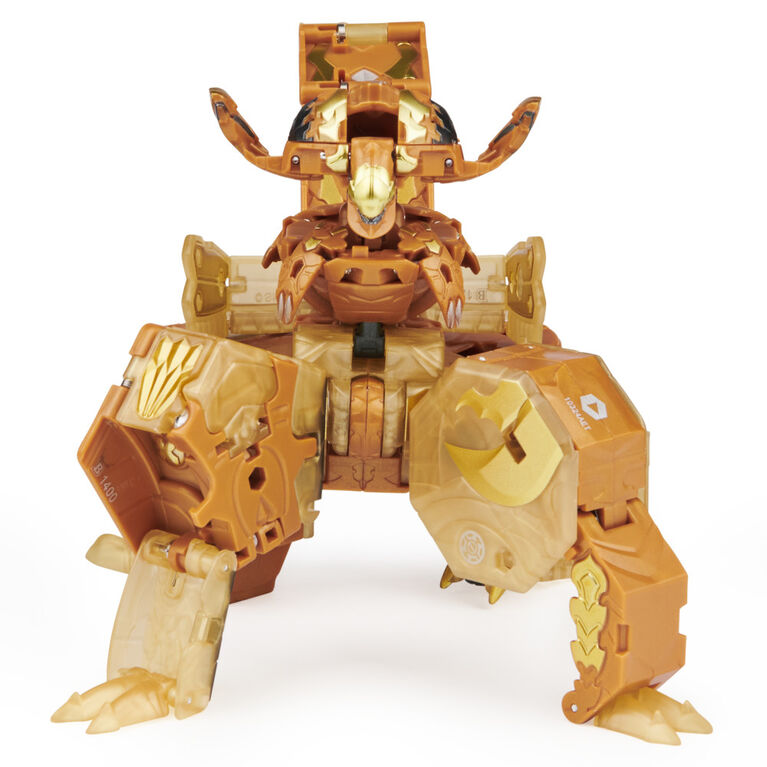 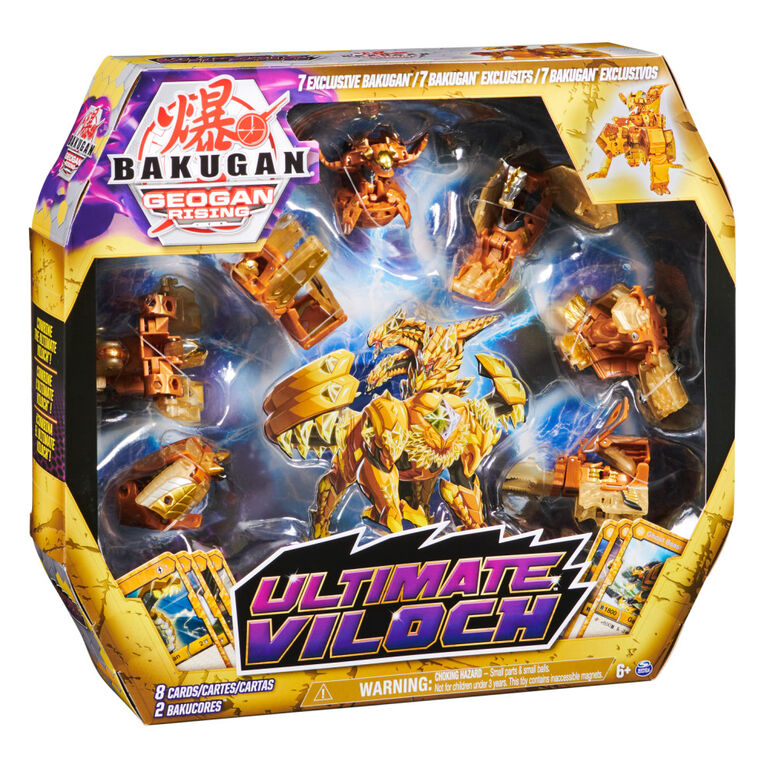 Pinch to zoom
Dominate the Bakugan arena with the Ultimate Viloch Bakugan! The Ultimate Viloch features 6 exclusive individual Geogan, an exclusive Gold Core Viloch, 6 ability cards, 2 BakuCores, a Gate-Card, and a character card. Combine the 6 Geogan and Gold Core Viloch together to build the Ultimate Viloch. It's the most epic transformation! Face off against your friends with 7 exclusive Bakugan characters from Bakugan Geogan Rising: Viloch, Sky Horse, Amphrog, Swarmer, Ghost Beast, Babadrill, and Insectra. Drop a Geogan onto a Gate-Card and watch as it pops open from its unique shape into a fierce creature! Combine them together to transform into the Ultimate Viloch and become stronger than ever! Bring your super powerful exclusive Viloch Bakugan into battle and emerge victorious! It features gold details and pop-open transformations! Unleash the power of your Bakugan by dropping them over the BakuCores for pop open Baku-Action. Level up your Bakugan by using the included 6 ability cards, 1 Gate-Card, and 1 character card. Defeat opponents and become the ultimate Bakugan Master! The 7-in-1 Ultimate Viloch is a must-have for any Bakugan collection! Get ready to Bakugan Brawl!