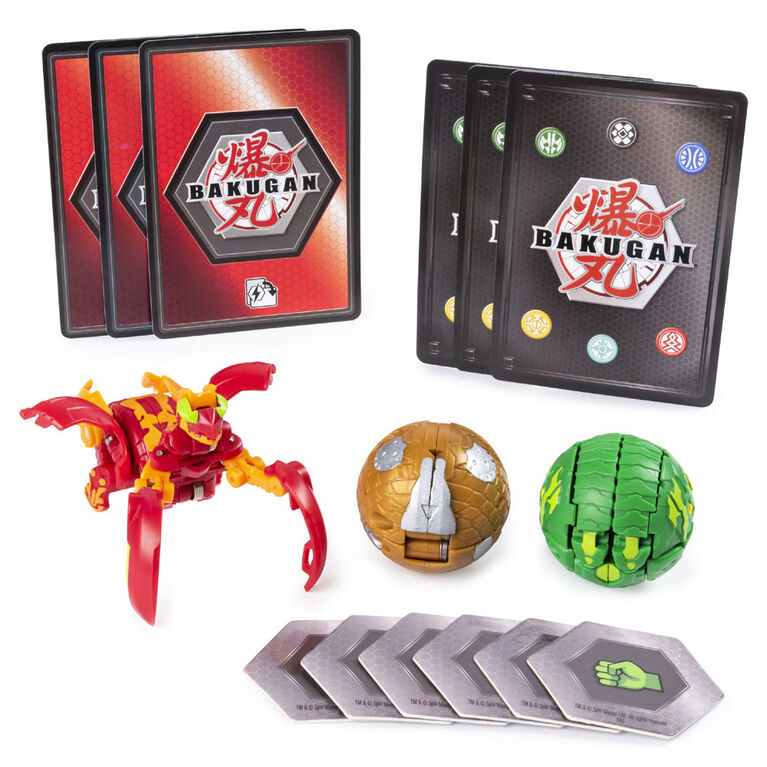 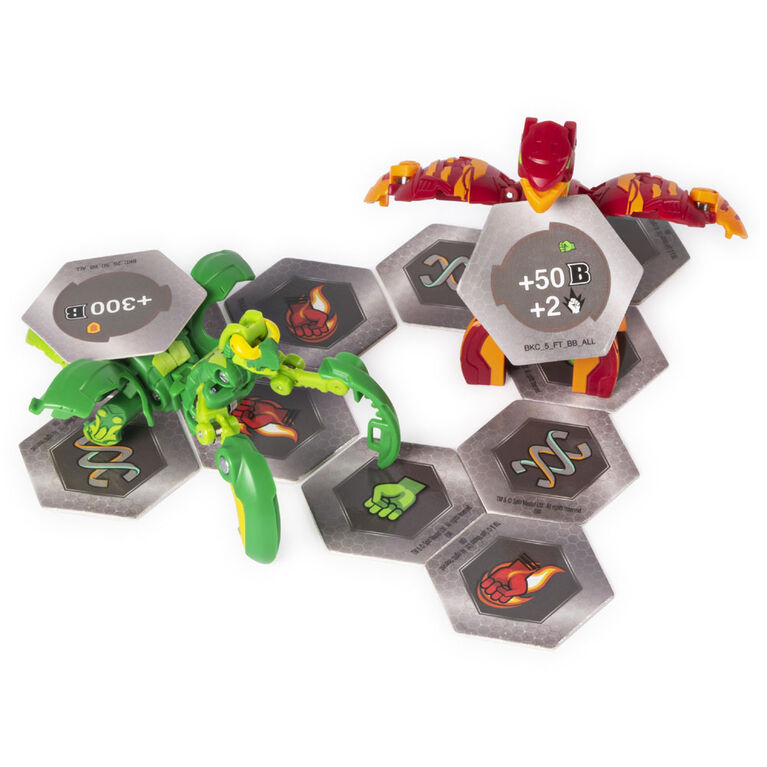 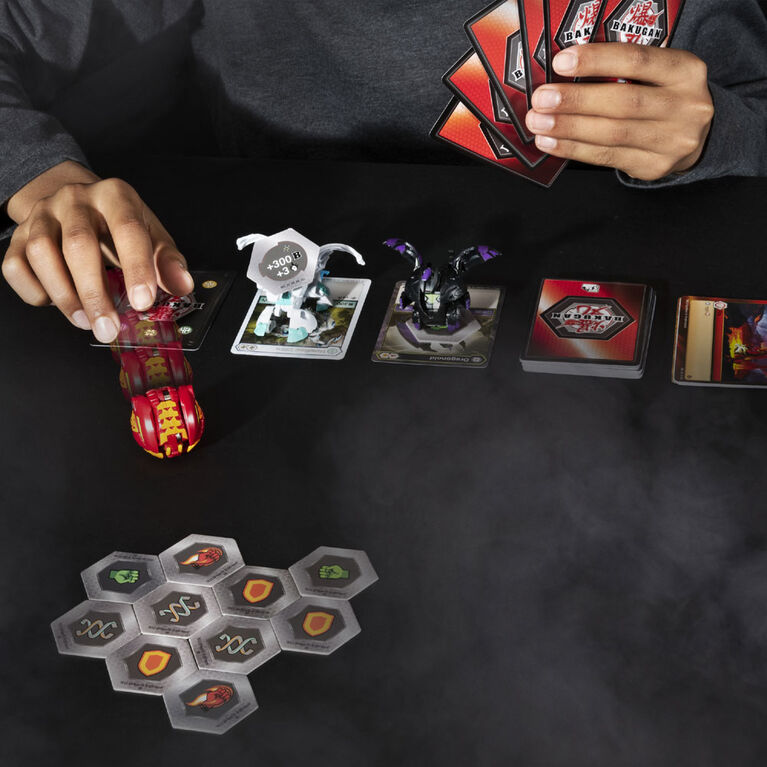 The Bakugan Starter Pack has everything you need to roll into action! Add two epic Bakugan, one mighty Bakugan Ultra, six powerful BakuCores and collectible character cards and ability cards (all included) to your collection. Roll your Bakugan over the included BakuCores to POP OPEN Baku-Action, or choose your Bakugan Ultra for an even more dynamic LEAP OPEN transformation! You can even add onto your starter set and collect over 100 Season 1 Bakugan! Build your collection, trade with friends and BATTLE! Roll into action with the Bakugan Battle Brawlers Starter 3-Pack! BAKUGAN BRAWL!