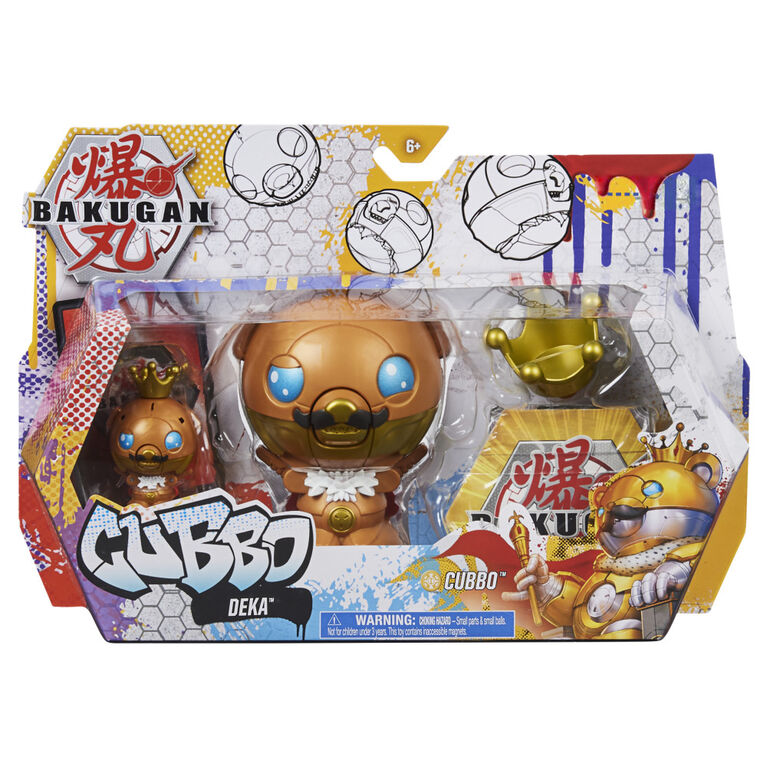 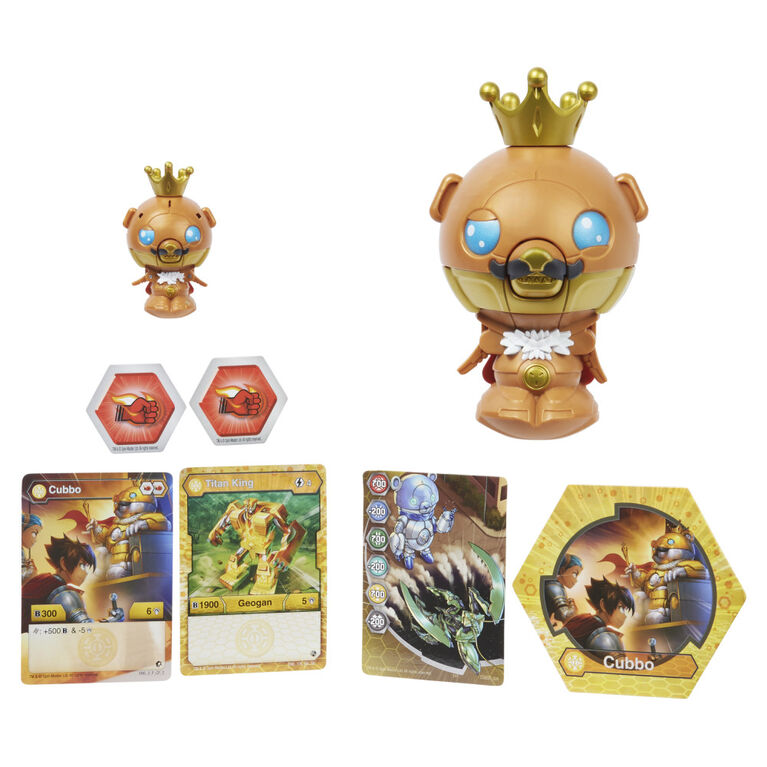 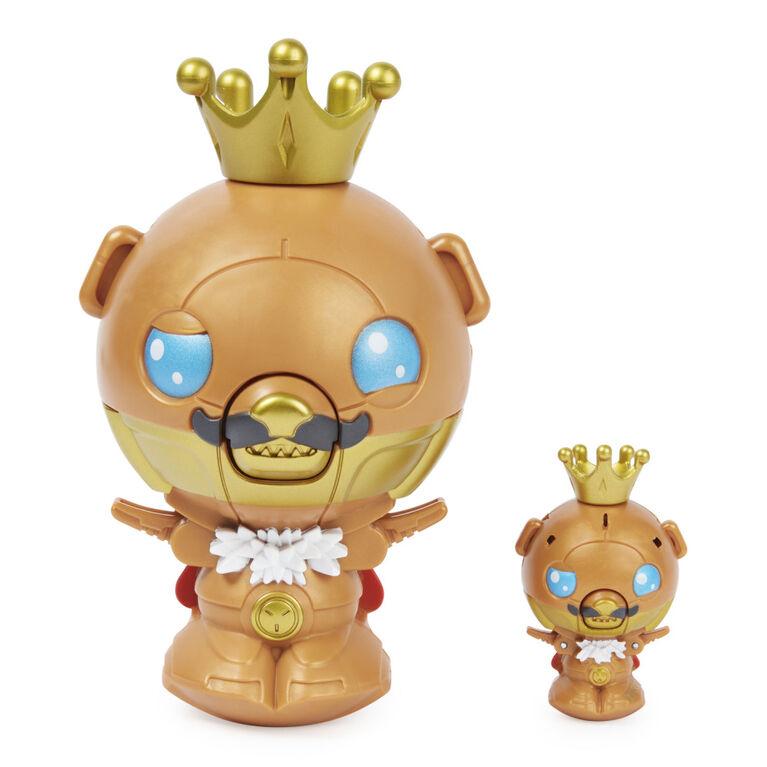 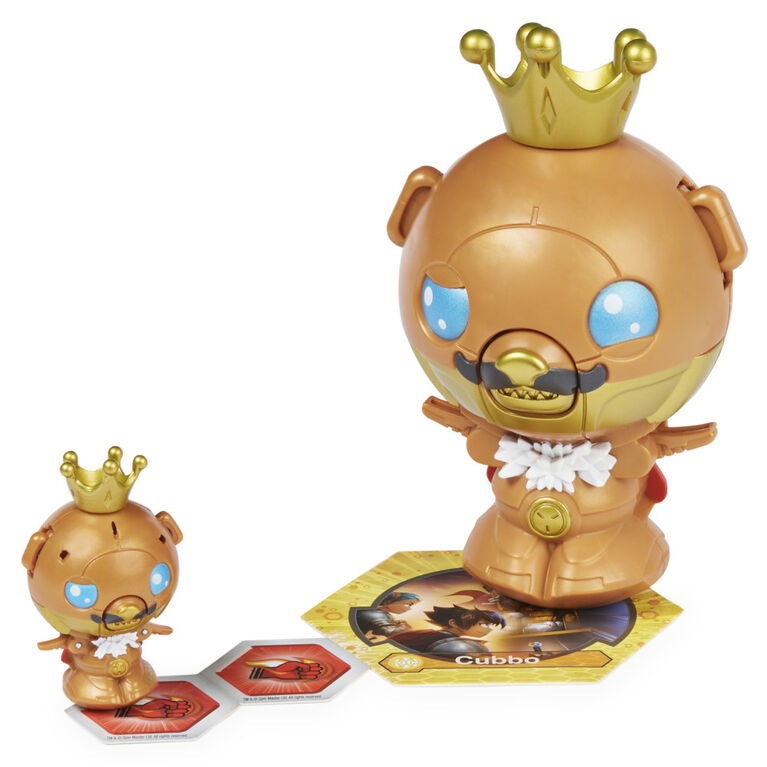 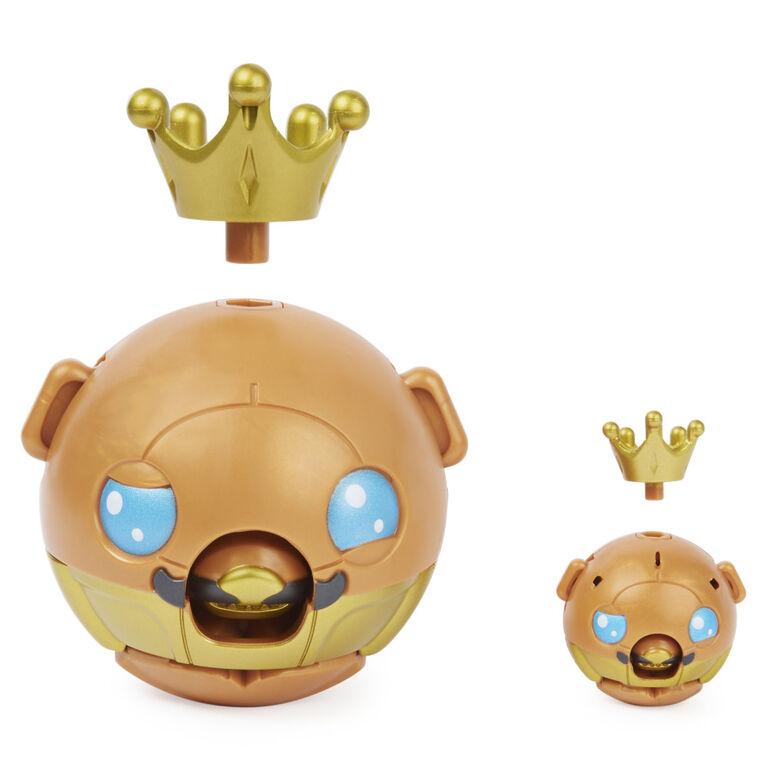 Pinch to zoom
Your favorite Cubbo Bakugan just got bigger! Unleash the power of Deka Cubbo Bakugan, the jumbo-sized versions of your favorite Bakugan character! Transform your Bakugan by rolling them across their exclusive large BakuCores (included) and they'll pop open, changing from 3-inch Bakugan ball into battle-ready Deka Bakugan! Each Deka Bakugan has detailing that brings it to life. This attention-seeking character is ready to take the world by storm! Don't let Cubbo's cute appearance fool you, he has a fierce attitude and mega abilities on the battlefield. The Cubbo Deka Pack is exclusive to Target and you won't find it anywhere else! It includes two King Cubbo character along with a matching accessory, two BakuCores and a Character Card. It has everything you need to jump into action! Drop your unique Cubbo Bakugan across the metal BakuCores for pop open Baku-Action! Do you have what it takes to be the ultimate Bakugan Master? Face off against friends with your very own Cubbo Bakugan. Build your Bakugan Collection! With so many characters to collect, including Dragonoid, Hydorous, Nillious and more, these large-scale Bakugan are ready to roll! Use the included ability card in the Battle Arena to defeat opponents and emerge victorious! Take your Bakugan collection to the next level with the Bakugan Cubbo Deka Pack!