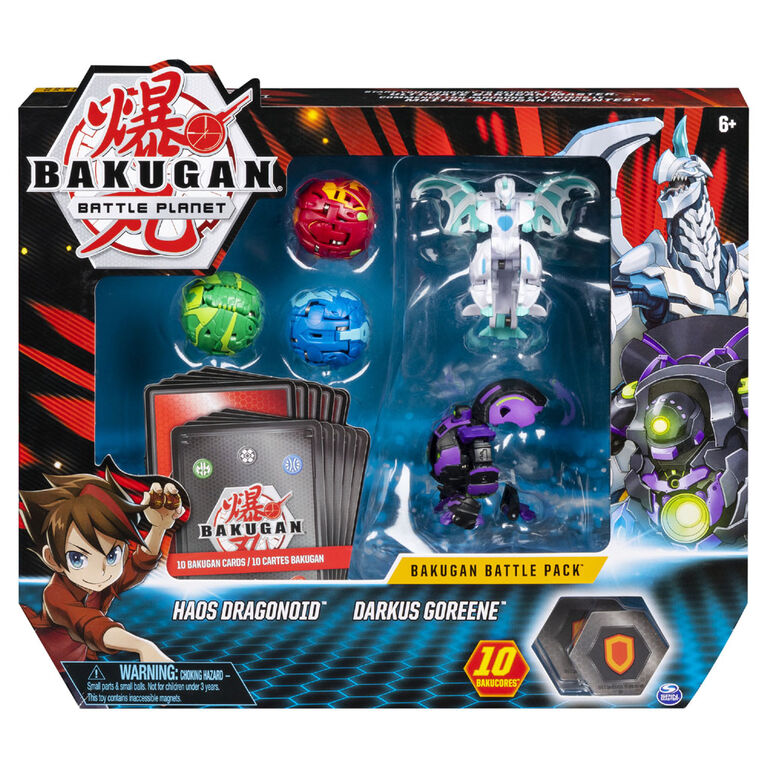 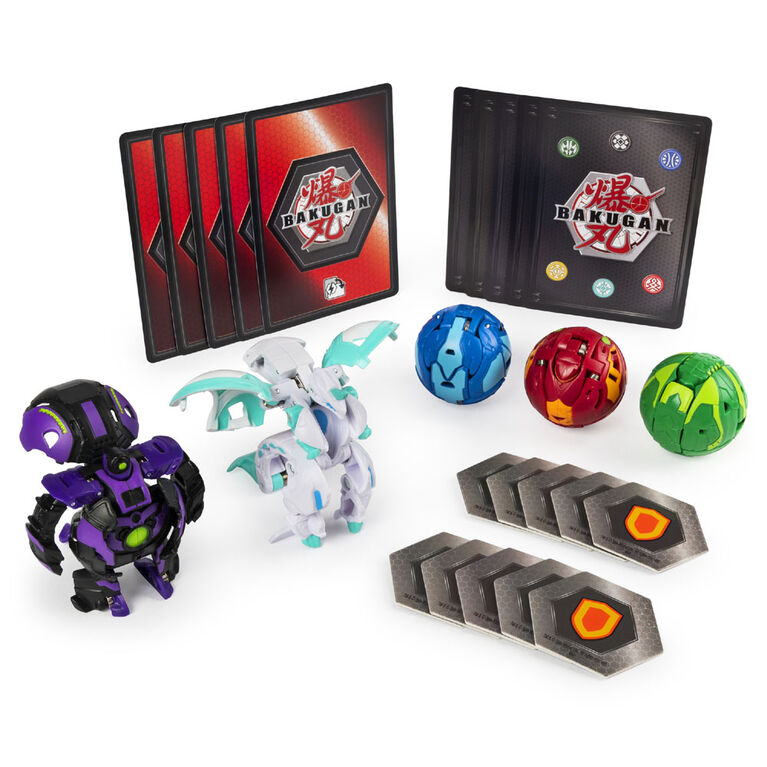 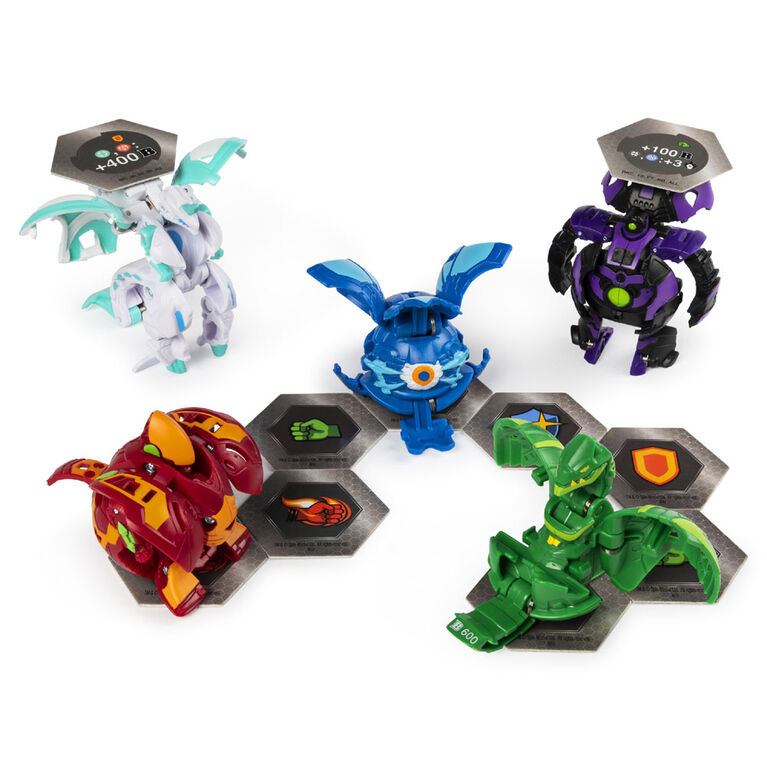 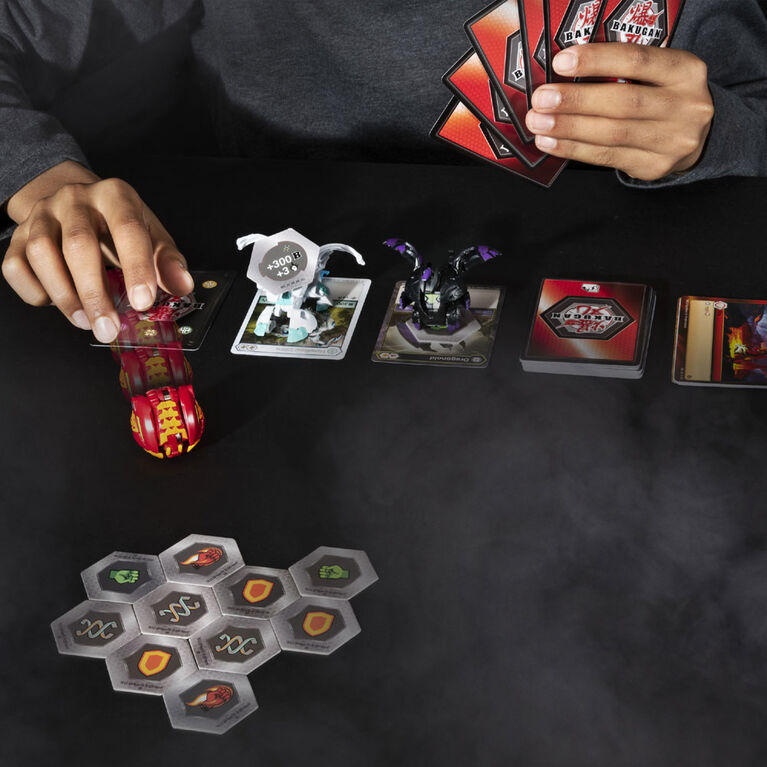 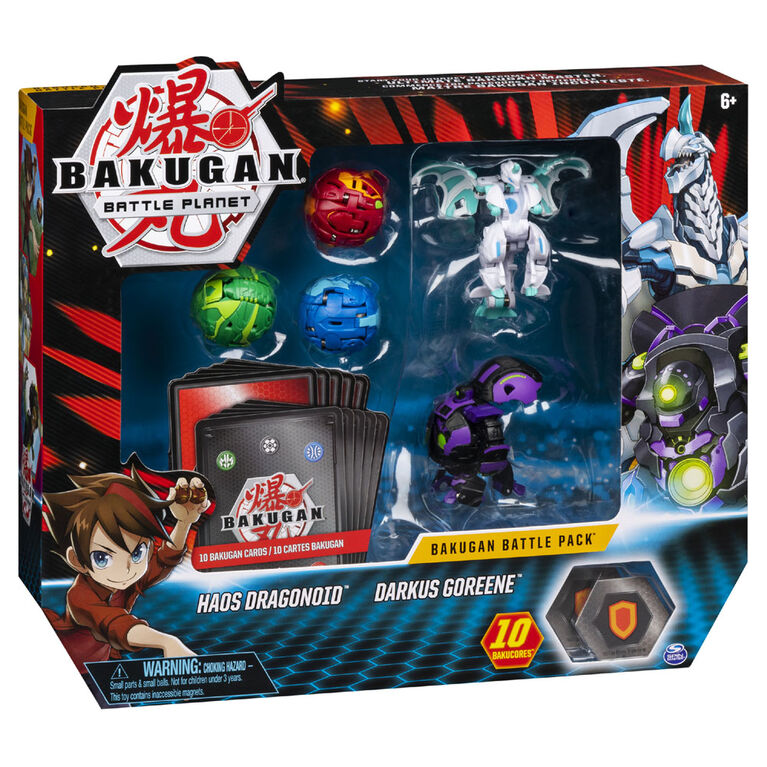 Pinch to zoom
Will you leave Battle Planet victorious? Jumpstart your Bakugan collection with the Bakugan Battle Pack! Inside this pack, you'll find two fierce Bakugan Ultra, three Bakugan, 10 powerful BakuCores, 5 Character Cards and 5 collectible Ability Cards. Roll your Bakugan over the included BakuCores to POP OPEN Baku-Action! Or, roll your Bakugan Ultra to make your fierce creature perform an epic LEAP OPEN transformation! Armed with your Bakugan, you can roll against your friends to see who will become the Ultimate Bakugan Master! The fastest way to build your own epic Bakugan army is with this set! Roll into action with your very own Bakugan Battle Pack! BAKUGAN BRAWL!