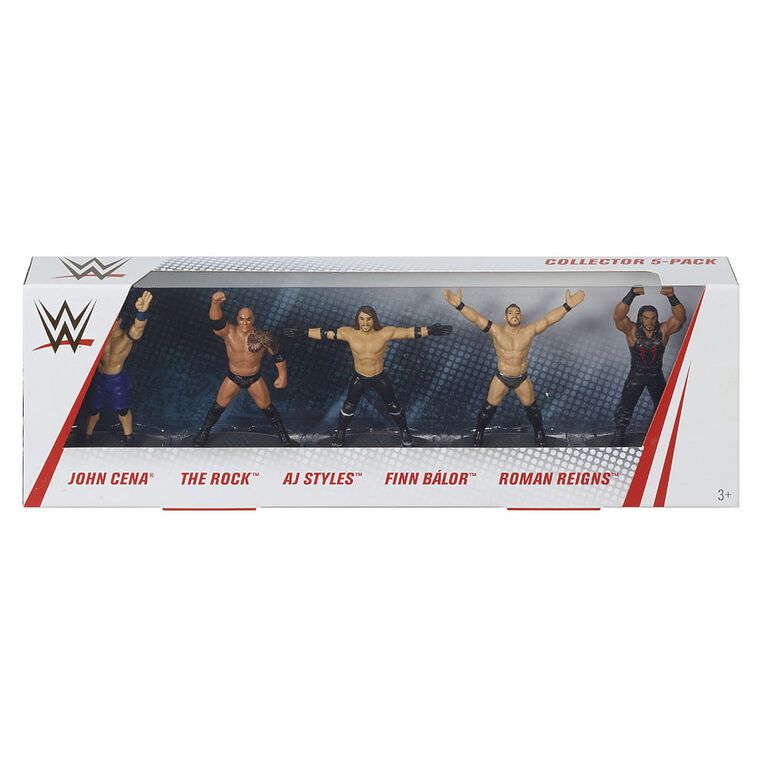 These Mini Figures may be small, but they deliver big, big fun! Kick off a WWE Championship Match to remember with this collection of five of the toughest competitors in the sport. They stand on their own so they're great not only for recreating epic action but also for displaying. Mini Figures include some of the greatest names in WWE, so fans will love collecting them all to be ready for battle. Each sold separately, subject to availability. Colors and decorations may vary.